Accessibility links
Is That A Landscape Or A Fortune Cookie? : The Picture Show Food photography gets high-tech when Caren Alpert uses a scanning electron microscope.

Caren Alpert takes food photography to another level. For her, it takes weeks of planning, and a commute from San Francisco to University of Arizona in Tucson, where her "camera" stays. It's actually a scanning electron microscope — a hefty piece of equipment in a subterranean lair with walls padded to reduce even the slightest movement.

"I venture to say I'm the first artist who's ever been down there," she laughs over the phone.

Alpert zooms in up to several hundred times to take pictures of fortune cookies and radishes — turning familiar foods into abstractions that almost resemble aerial landscapes.

She adds color to the images in postproduction but tries to make it as true to life as she can. The process also requires that the food be completely dry, so anything she works on has to be dehydrated beforehand. 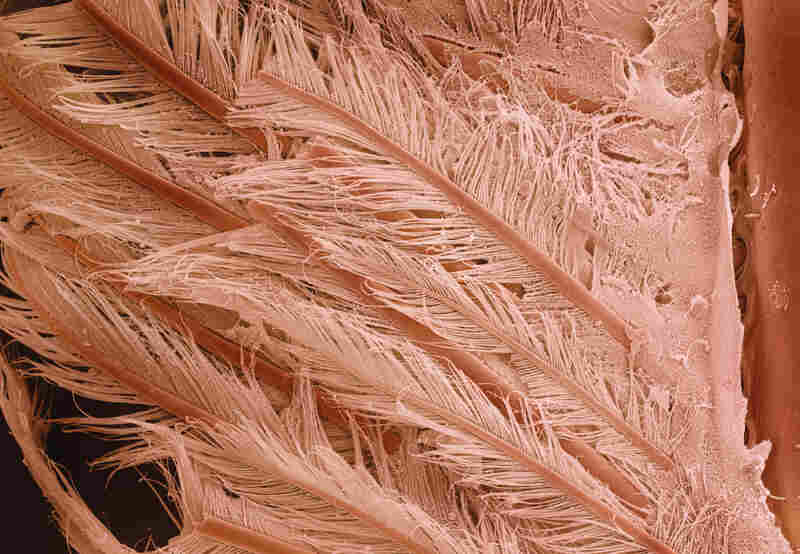 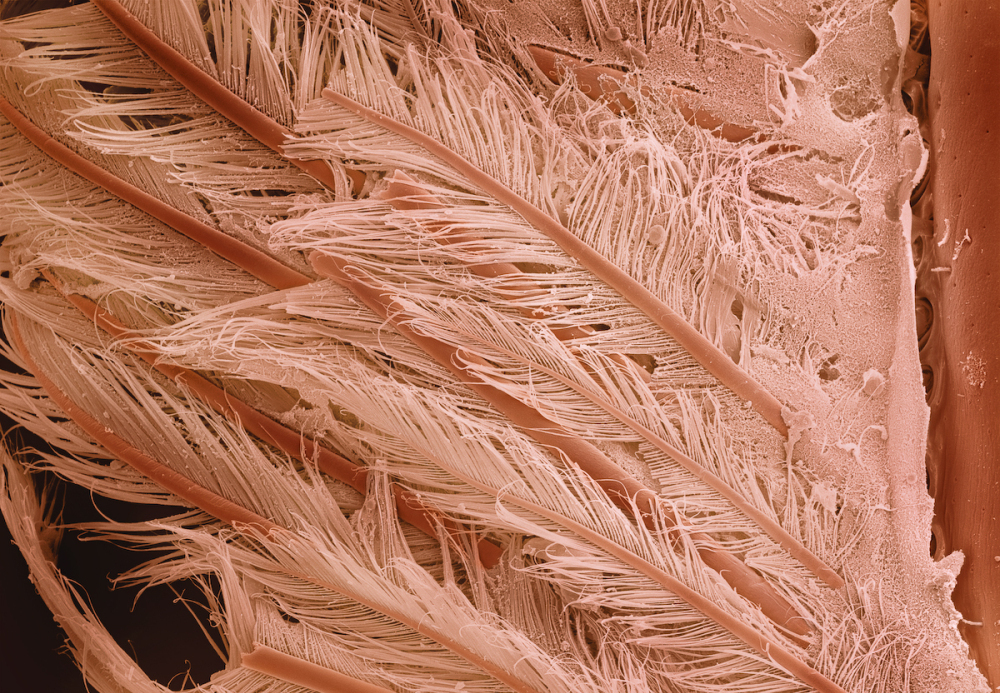 A commercial food, interior and travel photographer by day, Alpert's fine art endeavor has led her to photograph more than 40 different foods, and she is always surprised by what results. One of her favorite images in the series, titled "terra cibus," is of the feather-like texture of a shrimp's tail. "I called the aquarium, I was so surprised," she says. (It turns out the "feathers" are actually appendages called "pleopods" that help the shrimp swim.)

On the other hand, sometimes things turn out to be surprisingly dull, as was the case with a tortilla chip. "You would think," she says, "that because of all the cracks and crevices, it would be so interesting, but it was a total dud."

Perhaps the most striking thing about these images is how abstracted they are from the actual food that is pictured. It's difficult to tell if we're looking at a pineapple leaf or a bird's-eye view of a plot of farmland. How well did you do on our gallery quiz? Were you able to identify the fortune cookie? See more of Caren Alpert's food photos on her website.