Accessibility links
Russia By Rail: Siberia's Serious Cold : The Picture Show It's tempting to dismiss Siberia's cold temperatures as a Russian cliché. NPR Correspondent David Greene learns that Siberia is serious when it comes to cold. 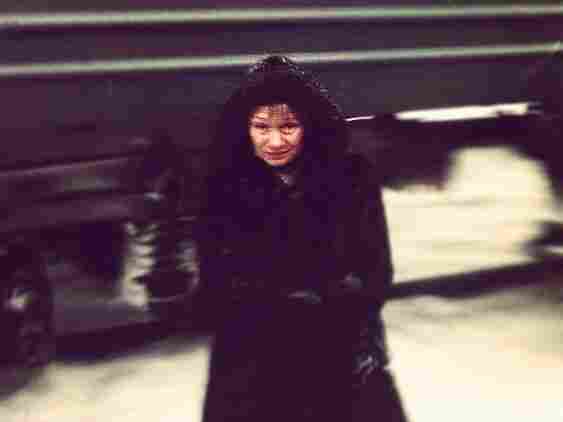 A woman is bundled up by the tracks of the Trans-Siberian railway. David Gilkey/NPR hide caption 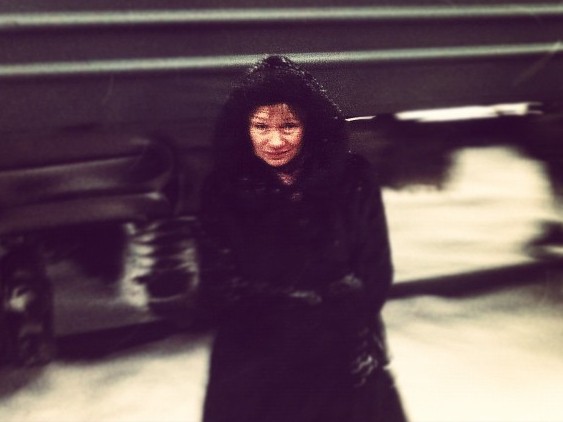 A woman is bundled up by the tracks of the Trans-Siberian railway.

It's tempting, when beginning a visit to the far reaches of Siberia, to dismiss cold as some Russian cliché. Like vodka. And fur hats.

Sure, there'll be vodka — but not at every meal. Maybe I'll buy a fur hat as a souvenir — but I won't actually wear it.

Cold is no cliché. Siberia is cold.

I know cold. I like cold. I grew up in Pittsburgh, skiing, sledding and sitting through Pittsburgh Steeler football games in January, where beers and sodas freeze in plastic cups at your seats.

I have lived the last two years in Moscow, developing an even more formidable resistance to cold. 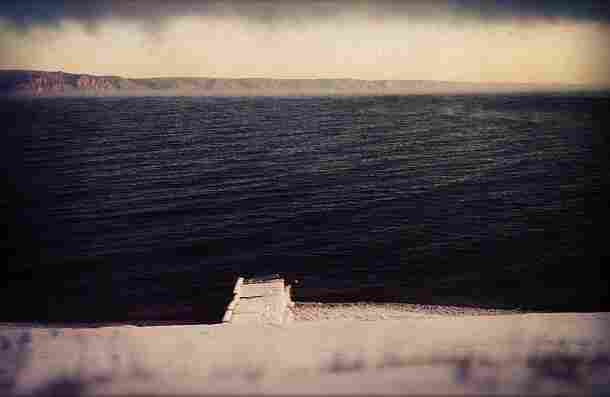 Then came Ulan-Ude. The city is tucked in the mountains between Lake Baikal, the world's deepest freshwater lake, and the Mongolian border.

During our first hours in Ulan Ude, the temperatures hovered around minus-15 degrees Fahrenheit. Ten minutes outside successfully numbed my fingers and toes.

At one point, I inserted hand-warmers into my gloves. The things work just fine at Vermont ski resorts.

Not here. Our local guide, Alisa Sukneva, caught a glimpse of my hand-warmer. I explained to her what it was and what I was trying to do.

Given their uselessness, why would they? 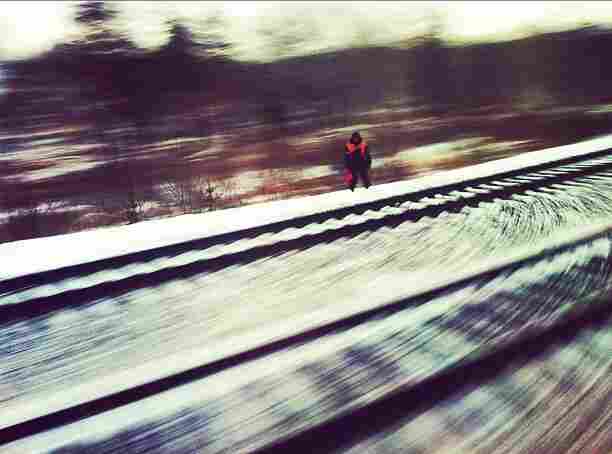 Snow is seen on the tracks of the Trans-Siberian railway. Throughout history, people in Siberia have had to develop methods for dealing with the region's brutal cold. David Gilkey/NPR hide caption

This region has a history of intimidating people with its cold.

In the 18th century, some "Old Believers" arrived. Old Believers are a religious community still irked by reforms carried out by the Russian Orthodox Church in 1666. Many were exiled to this part of Siberia and apparently found the bitter cold quite shocking. They learned methods of survival from the Buryats, a nomadic Asian people accustomed to the harsh climate.

The spirit of helping newcomers has not diminished.

Our first morning in Ulan Ude, we hired a guide named Yuri Bronnikov to show us around. Yuri's a retired construction engineer who wears a tall brown fur hat over his gray hair but apparently no gloves, no matter the temperature.

He drives an 11-passenger forest-green minivan. Like many Russian drivers, Yuri has gone to great lengths to give his vehicle an inviting interior design. He's brightened up the windows, for example, by hanging flowing green curtains accented with fringe. He's also covered his dashboard in green fabric.

Yuri's vehicle, however, does not have working heat. That fact became overwhelmingly clear within minutes of leaving the hotel parking out. Our breathing turned Yuri's curtain-framed windows into sheets of ice. And the floor of the van transferred cold through the soles of my shoes, numbing my toes for what was expected to be about a two-hour drive.

A half-hour into the drive, we pulled over for tea. This is when Yuri got a look at my shoes. They were black boots purchased in New York. Yuri's expression of confusion and sympathy matched the look Alisa gave me when she noticed the hand-warmers.

Yuri immediately went around to the back of his van and pulled out a pair of Valenki. They are Russian boots designed for the cold. 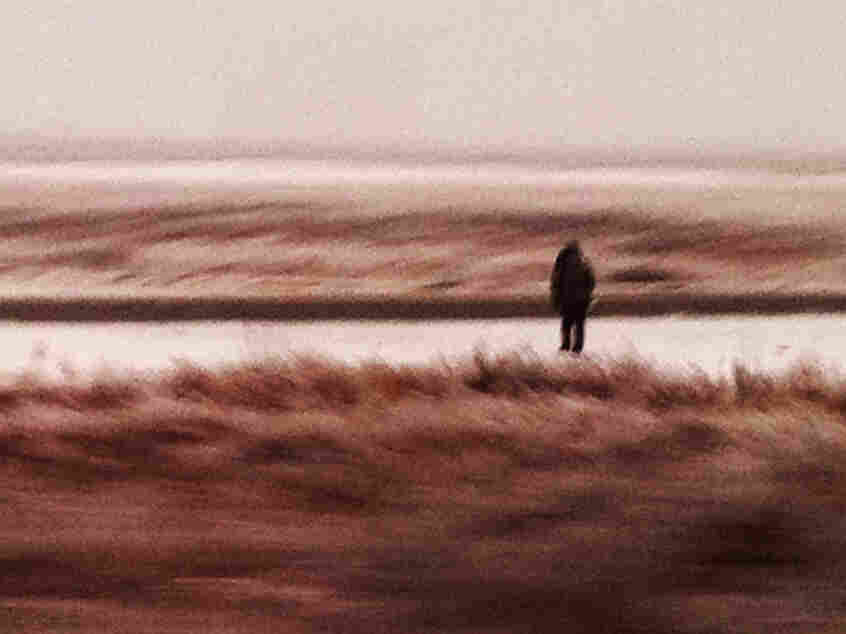 The scenery in Siberia, where the temperature is regularly minus-15 degrees Fahrenheit. David Gilkey/NPR hide caption 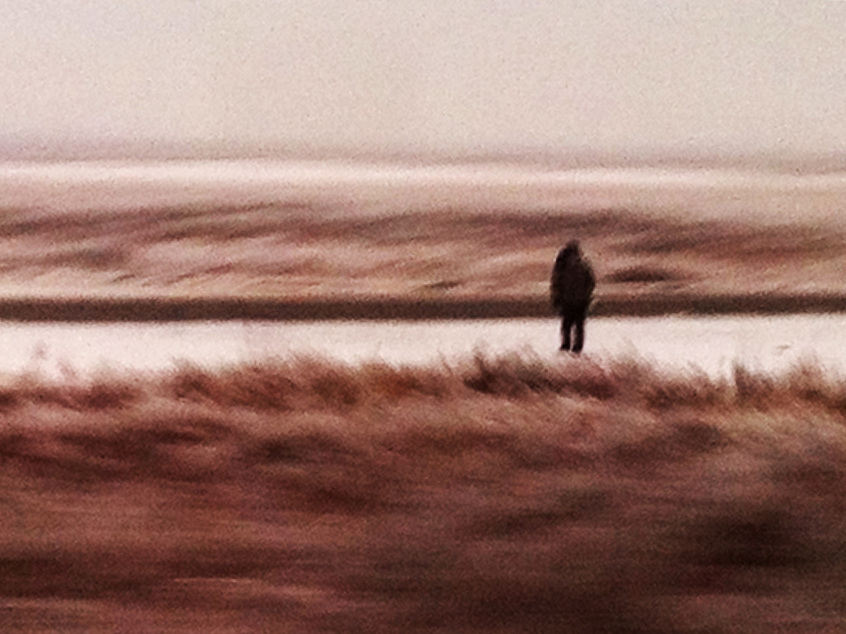 The scenery in Siberia, where the temperature is regularly minus-15 degrees Fahrenheit.

Each knee-high boot, or valenok, is made of felt, tightly-packed together until formed into a boot shape.

Yuri smiled broadly. His generosity warmed my heart as much as his valenki warmed my feet.

I can't pretend valenki are stylish. In fact, coincidentally or not, valenok has a second definition in Russian. It can also mean "hick" or "country bumpkin."

But on this day, valenki helped me confront the cold. And they gave me a glimpse of how life in Siberia has endured with the sharing of secrets.