Russia By Rail: The End Of The Line

Russia By Rail: The End Of The Line 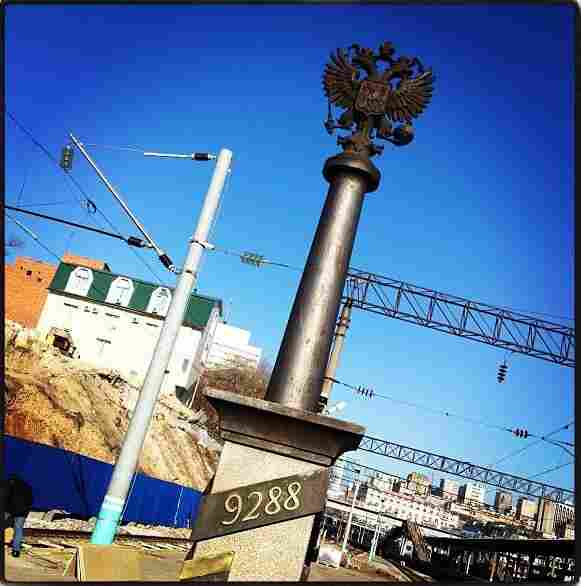 The kilometer marker on the train platform in Vladivostok lets travelers know they are a long way from Moscow. Laura Krantz via Instagram/NPR hide caption

The statue stands at the center of the train platform in Vladivostok, Russia.

That's the number of kilometers from Moscow, and the rough distance we have just traveled by train to cross the world's largest country. That's nearly 6,000 miles.

Two new bridges are going up as Vladivostok improves its image and infrastructure ahead of hosting the 2012 Asia-Pacific Economic Cooperation conference.

The route of the Trans-Siberian railway from Moscow to Vladivostok. Alyson Hurt/NPR hide caption

The route of the Trans-Siberian railway from Moscow to Vladivostok.

And, there's the Pyongyang Café.

Waitresses serve up North Korean barbecue and sing karaoke. Our server, 22 years old, says she's on a three-year work visa from nearby North Korea. She says she's excited to return home to her family in Pyongyang when her time in Russia is up.

European Russia could not feel farther away. And Russians who live here feel little connection to Moscow.

All of that raises a question: If this month's anti-government protests in Moscow signal an era of political change, what role will Russians 9,000 kilometers from the capital play? Could there be a truly national movement afoot to challenge Vladimir Putin, the prime minister and likely-president-to-be?

In Vladivostok, Japanese vehicles dominate the roads. That presents a unique challenge - driving on the right side of the road when the steering wheel is on the right side of the car. (Watching your taxi driver attempt to peer around the vehicle in front of him to determine whether it's safe to pass can give the most courageous passengers heartburn).

No matter - people here want their Toyotas. In 2008, protests over the tariffs grew so boisterous in this coastal city that the Kremlin had to ship police officers in from Moscow to calm things down.

People in Vladivostok also complain that Putin has stifled economic development here by, in their view, refusing to let the Far East go its own way and expand trade and business ties with China.

But it's not clear where the anger over these regional issues are heading.

In The Far East, A Small Protest

Like several dozen other cities across Russia, Vladivostok staged a protest over the disputed parliamentary election results this month. But the event numbered in the hundreds, not thousands, as in Moscow.

This week, local members of the Communist party - one of the leading opposition parties in Russia - tried to keep up the momentum in Vladivostok. They held an anti-Putin gathering near the seaport, beside a World War II Soviet submarine that's now a museum. 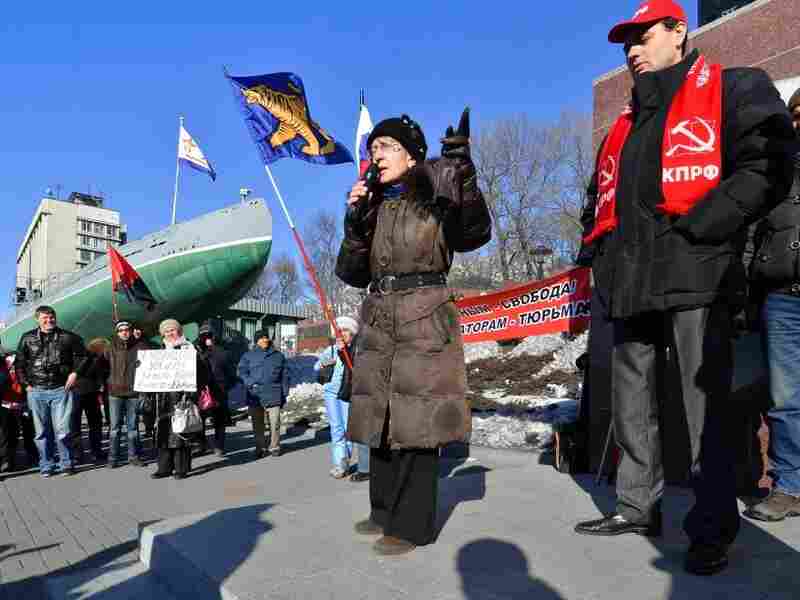 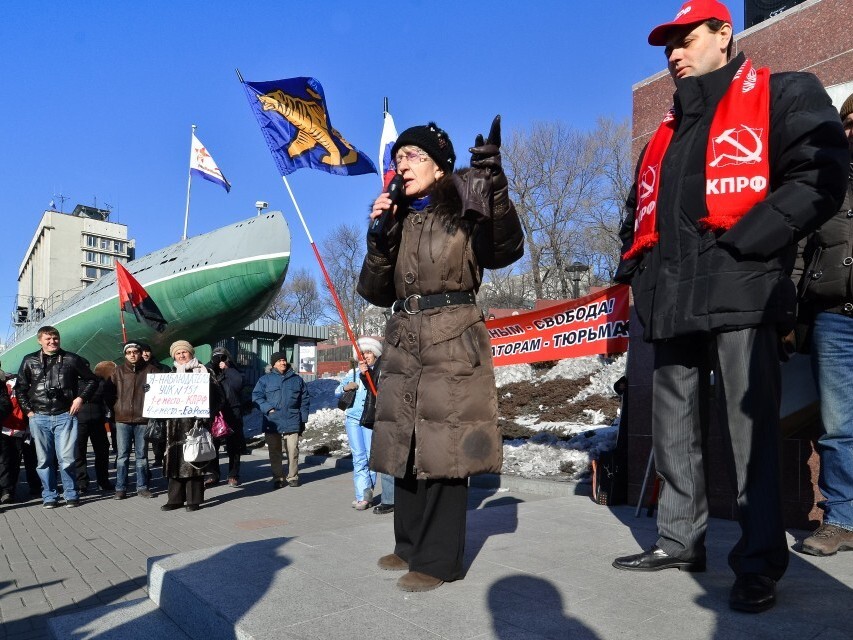 Activists protest on Dec. 10 in Vladivostock against the alleged mass fraud in the Dec. 4 parliamentary polls.

There were perhaps 20 or so protestors, clinging to anti-Putin signs. They were nearly outnumbered by news photographers.

The next chance to send a message may be Dec. 24, when opposition leaders in Moscow plan a fresh anti-government demonstration. People in Vladivostok will have their chance to join and let the voices of the Far East be heard.

At a café in downtown Vladivostok this week, Maxim Moskvitin overheard our reporting team speaking English and asked if he could sit down with us and chat. Maxim is finishing his final year of graduate school in engineering. He follows politics closely - home and abroad - and was proud to show off his BBC "App" on his tablet computer.

He's sick of a Russian government that he says is too powerful and too intrusive in the lives of its citizens. He's frustrated that much of his family lives in villages that are impoverished.

He believes change will come.

But the street protests in December, he says, captured more attention abroad than at home. The world, Maxim says, may want Russia to have a revolution, but too many Russians — including himself — fear full-scale revolution could weaken the country.

He's hoping to find a job in the United States or Australia in the short term. "I just want to live in a comfortable and stable country," he says.

As for Russia's future? Maxim predicts that as a younger generation grows up, the population will be less likely to tolerate a leader of Putin's mold. But if there's indeed political upheaval in the air in Russia today, Maxim doesn't expect much to change quickly. And he's not yet prepared to join the fight.