Accessibility links
Photos: A Good Year For Poaching, Not So Good For Elephants : The Picture Show 2011 has seen a record number of large ivory seizures globally. National Geographic photographer Michael "Nick" Nichols discusses what that means.

"Unfortunately, most years are bad, since we've taken over the planet," Michael "Nick" Nichols of National Geographic laments on the phone. 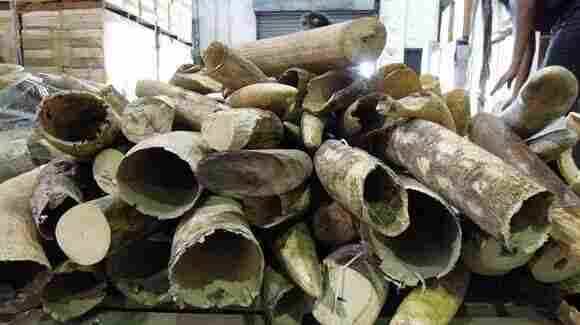 A photograph shows what amounted to more than a ton of ivory seized in Malaysia in December. Elizabeth John/Traffic Southeast Asia hide caption 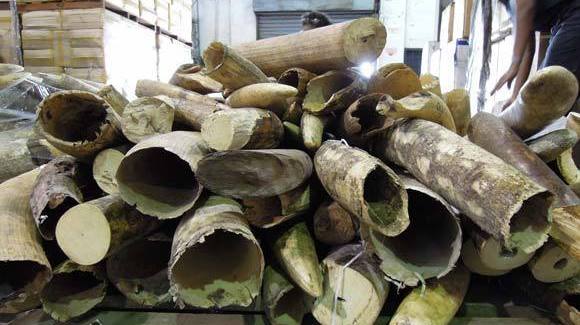 A photograph shows what amounted to more than a ton of ivory seized in Malaysia in December.

The wildlife trade monitoring network Traffic said in a statement this week that "2011 has seen a record number of large ivory seizures globally." The seizures amount to more than 25 tons of ivory and probably represent "some 2,500 elephants, possibly more," the statement reads.

Nichols is quick to assert that he's "no expert" — but he kind of is. A veteran wildlife and conservation photographer, and now editor at large, he's been entrenched in these issues for decades. He's currently on a long-term assignment documenting lions in the Serengeti — and sending dispatches as he goes.

And for years, elephants have been close to his heart. His coverage has ranged from a 2006 story on poaching around Zakouma National Park in Chad to a story on elephant orphans in National Geographic's August issue. 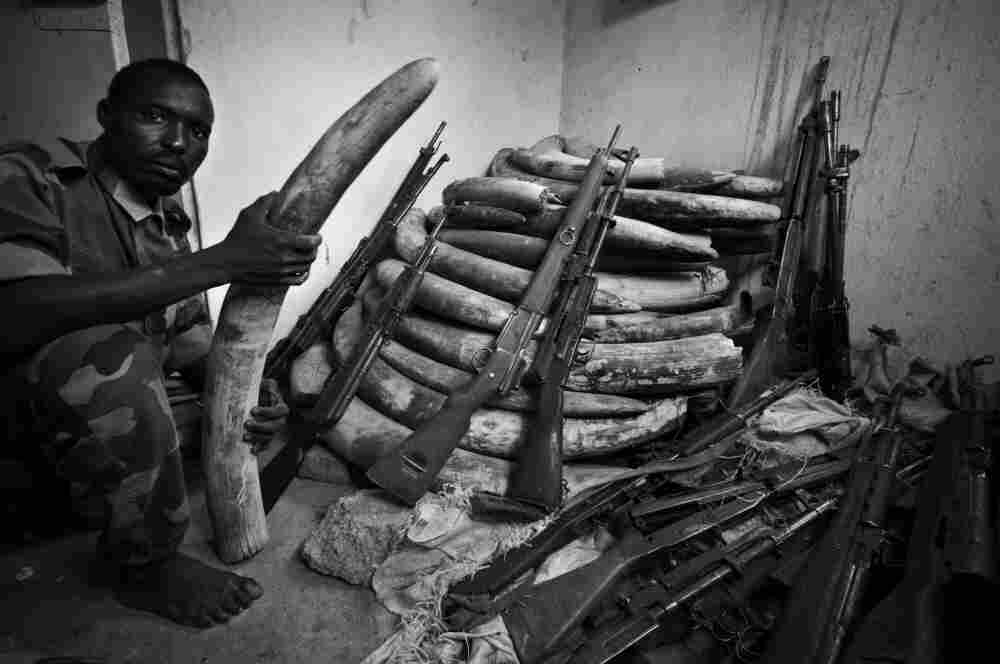 A lot has changed over the course of just a few years. Numbers might say it best: When Nichols started photographing in Chad in 2006, there were 3,600 elephants there, he says, "and it dropped all the way to 600 [this year]." That's even in areas under watch and protection.

"If you're losing elephants in places where we watch them ... you've got a huge, huge problem," Nichols says.

So why the spike in elephant poaching? Why now? Nichols speculates, and Traffic asserts, that it's the growing demand for ivory from a growing middle class in East Asia — "and the increasing sophistication of the criminal gangs behind the trafficking," the Traffic statement reads. "Most illegal shipments of African elephant ivory end up in either China or Thailand."

For someone like Nichols, whose mission it is to stop this kind of activity, there are two options for recourse. Show the grisly side of things: Elephant carcasses, piles of tusks, armed traffickers. Or make a more emotional appeal by showing what's to love about elephants.

Here, Nichols shares some of his favorite photos from his time in the field.