Accessibility links
From Waterfall To Lavafall: Yosemite's Fleeting Phenomenon : The Picture Show If you head to Yosemite National Park this time of year and stop by Horsetail Fall at just the right time, you might see something awesome: As the sun sets, the waterfall glows with streaks of gold and yellow — and it looks just like molten lava.

If you head to Yosemite National Park this time of year and stop by Horsetail Fall at just the right time, you might see something spectacular: As the sun sinks low in the sky, the waterfall glows with streaks of gold and yellow — and it looks just like molten lava. 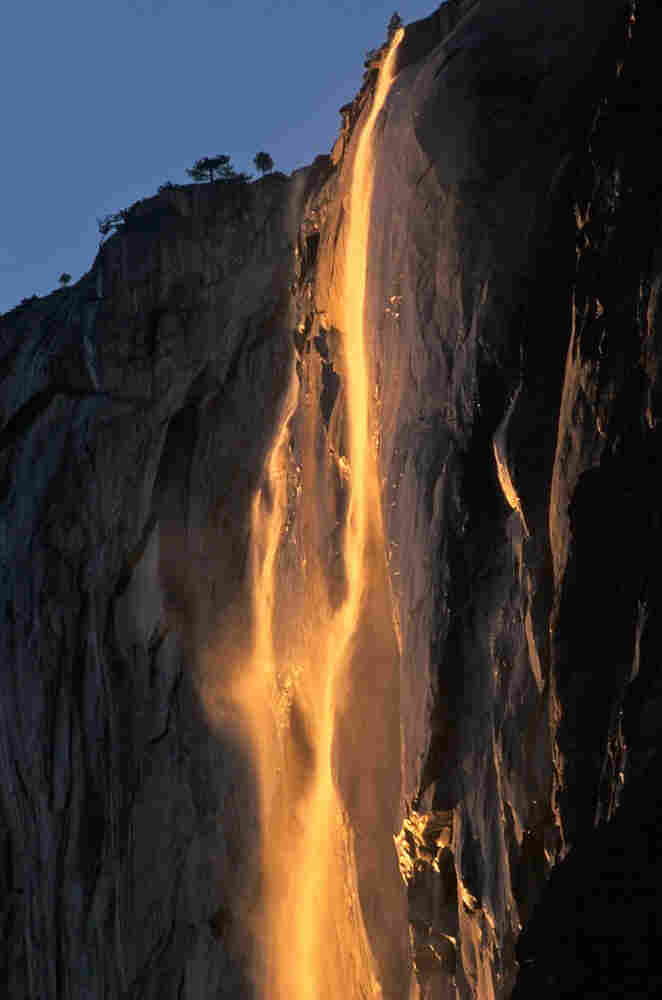 Photographers like Michael Frye flock to the park every February to try to capture the phenomenon. Frye, author of The Photographer's Guide to Yosemite, describes the sight to NPR's Audie Cornish.

"It's this narrow ribbon of water falling from this high cliff, the eastern buttress of [the El Capitan rock formation]," he says. "Just that narrow little ribbon of water is lit and everything else around it is dark. And with the right light, that water can turn orange or even red."

According to Frye, what makes Horsetail Fall so unique is its topography: The waterfall is perched high on an open cliff where it can catch light from the sunset — but not just any sunset.

"It's this brief window of light around the third week of February where the sun sets at just the right angle to light Horsetail Fall just as it's sinking," Frye says. 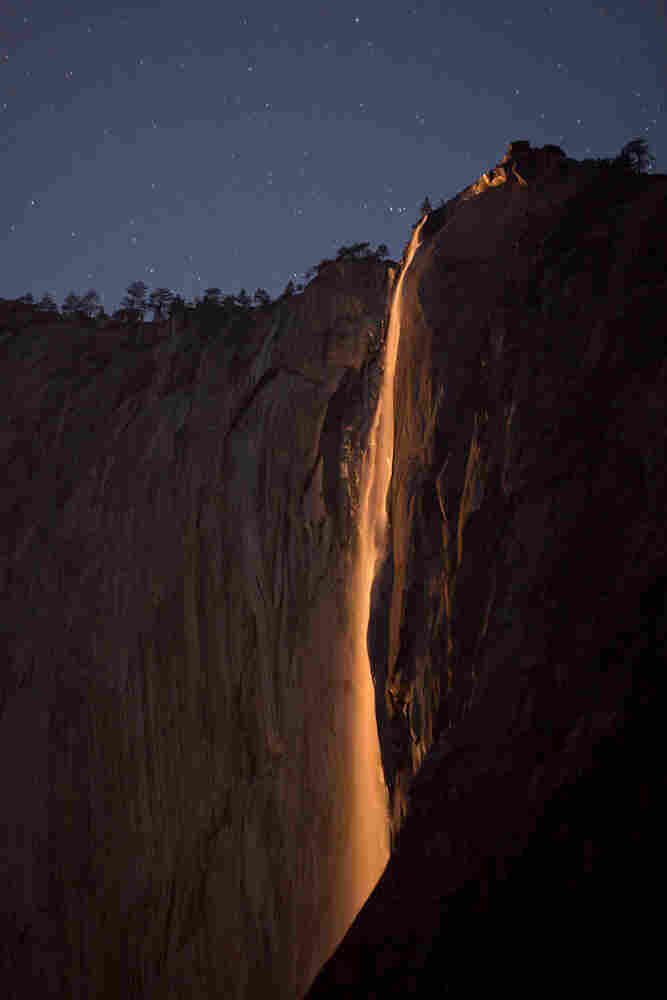 On very rare occasions, the light of a setting moon can create the same fiery effect as that of the setting sun. Copyright Michael Frye hide caption

That said, the right conditions for photographing the phenomenon can be hard to come by. According to Frye, who teaches workshops on shooting the falls, there has to be enough water coming down the waterfall and a clear sunset to the west.

"You probably would also want to use a telephoto lens, because it's a pretty distant view of the fall and you have to watch your exposure," he says. "It's very easy to overexpose the waterfall because the surrounding area — the cliffs around it — [is] completely dark."

After years of shooting the phenomenon, Frye knows all the tricks — from the best parking spots to the best place to set up your tripod. But he says it isn't the resulting prints so much as the experience that he's come to cherish.

"The photographs of Horsetail Fall are spectacular, but actually witnessing this event in person is much more amazing."