Accessibility links
You Know Ansel, But Who Is Robert Adams (And Why Should You Care)? : The Picture Show Here's a photographer of the American West you might not know. But some think you should.

You Know Ansel, But Who Is Robert Adams (And Why Should You Care)?

You Know Ansel, But Who Is Robert Adams (And Why Should You Care)?

I don't know if I can directly answer the latter question. But certain curators like Joshua Chuang at the Yale University Art Gallery are determined to answer the former: Who is Robert Adams?

Chuang, now probably the leading Adams expert, started asking that himself, back when he was a student of photography. He picked up one of Adams' books — with characteristically dense writing and arguably unapproachable photos. "It took me a couple years to really get it," he says over the phone.

But now, it seems, he gets it. In 2004, Yale inherited a huge trove of Adams' work, and Chuang has been processing it since then. "There was not a single bad image in the group," Chuang says with a genuine deference. "His standards were so high and his editing of his own work was so rigorous." The fruits of their joint labor are in a traveling exhibition, The Place We Live, now at the Los Angeles County Museum of Art (LACMA).

The basics: Adams can most succinctly be described as a photographer of the American West. He was born in New Jersey, but his family moved westward to mitigate his issues with asthma, and he has remained there. Only after getting a Ph.D. in English did he really begin photographing, and he has been at is since, but quietly. He doesn't email, he rarely takes interviews, and he lets Chuang come to him.

Maybe it helps to set the stage. When Adams picked up his camera, the most recognizable images from the American West were those sublime landscapes of Ansel Adams. To a large degree, that's still the case.

But where Ansel had a moral mission (to conserve nature by presenting it to the public in its pristine form), Robert's approach has been more clinical: He observes the interaction of man with land as objectively as possible. Where Ansel's photos say, "Look at what we should cherish!" Robert's say: "Here is what we are doing, and make what you will of it."

Chuang elaborates: "What sets Adams apart is his utter dedication to showing the whole picture, a truthful picture. ... Every one of his photographs is really a complex mix of good and bad. He tries to make pictures that say yes and no at once."

For example, one of the photos in the exhibit shows a small cluster of trees at the edge of a steep drop-off. By all technical definitions, one might call it beautiful. The balanced composition, the quality of light — those are things that say "yes." But then there's the title, straight-forward as it is: New development on a former citrus-growing estate, Highland, California. That seems like a subtle "no." 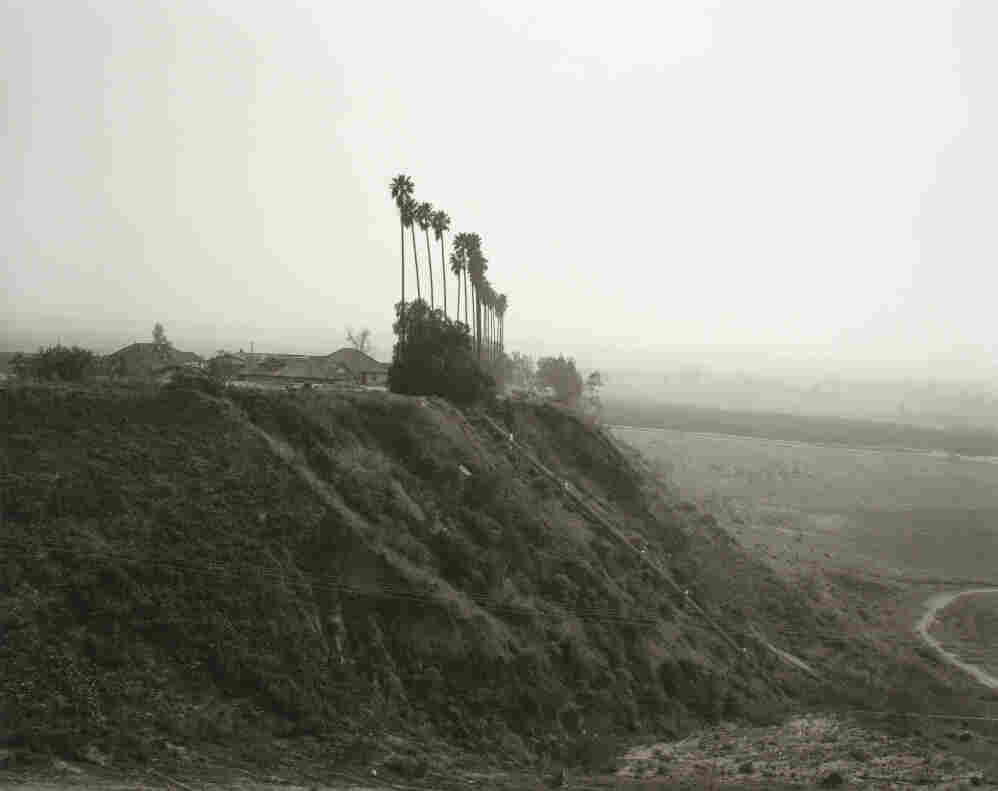 But it's not obvious. These photos are not on a soapbox preaching the ramifications of global warming. They are trying to be more black and white. At least, that's the idea.

"Adams has tried to go out of his way to make the uniconic pictures," says Chuang. "He chooses subjects that are so banal that they almost seem hopeless." 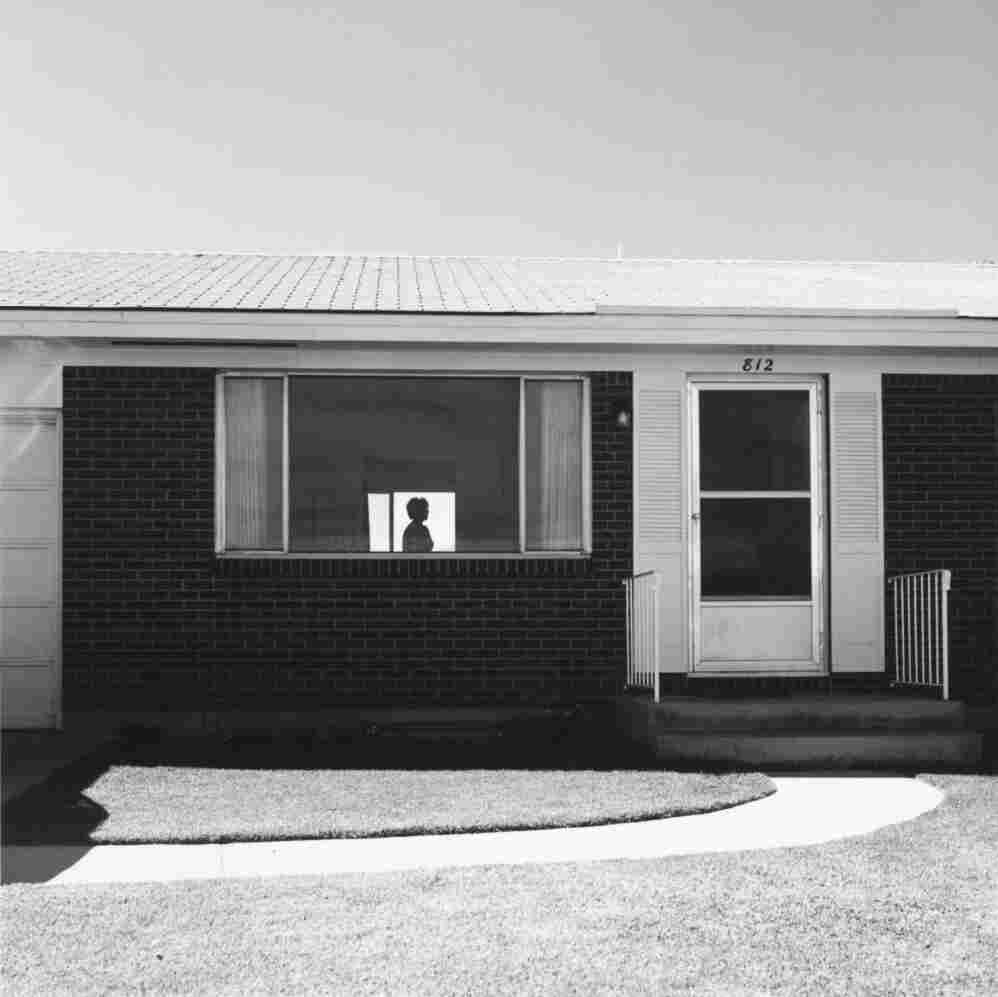 Though curator Joshua Chuang says Robert Adams is, in a sense, trying to make "uniconic" images, this one stands out as one of his more memorable: Colorado Springs, Colorado, 1968 Robert Adams/Fraenkel Gallery/LACMA hide caption 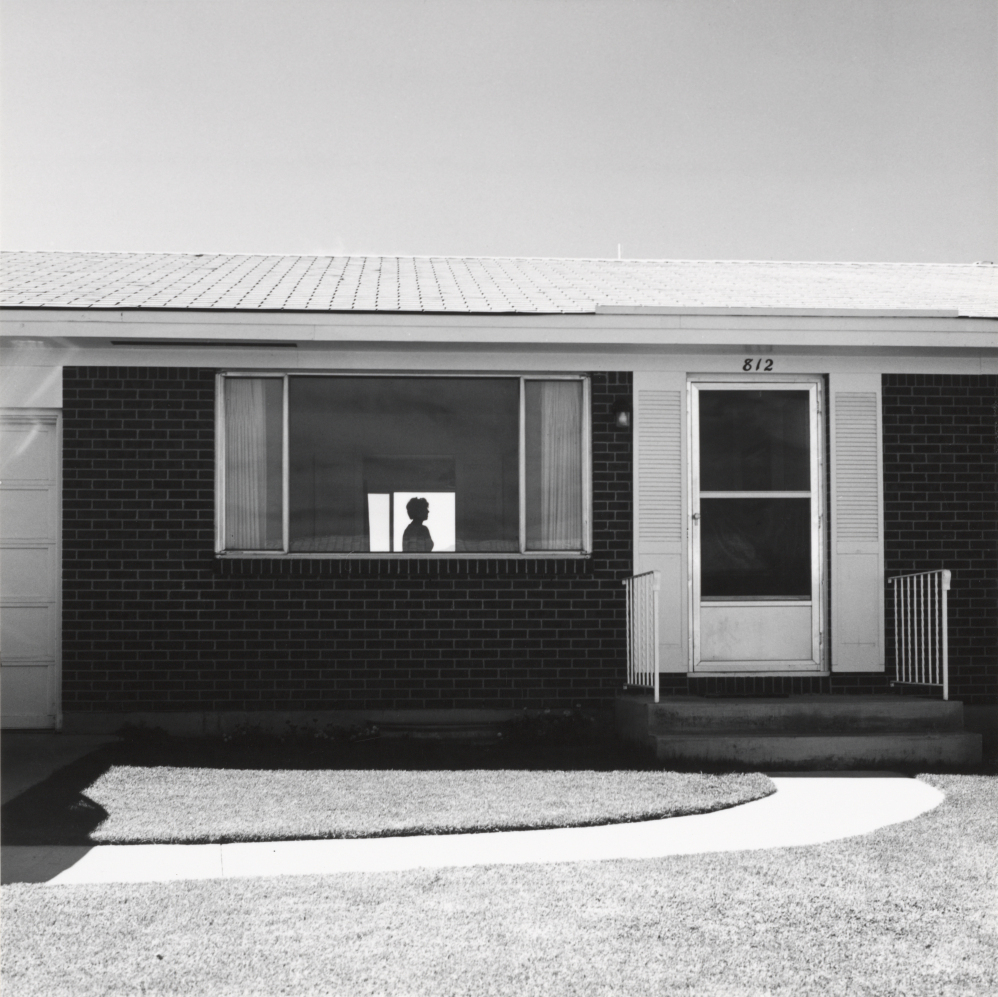 Though curator Joshua Chuang says Robert Adams is, in a sense, trying to make "uniconic" images, this one stands out as one of his more memorable: Colorado Springs, Colorado, 1968

Of course, I think Robert Adams would be hard-pressed to deny that he loves the West. I actually don't think he would try to deny it. In his writings, he waxes poetic about the quality of light, and how it redeems even the most dismal of tract houses.

You might not know he loves it, just from glancing at the images, and he sees value in that. But he also hopes you'll do more than glance. For all the desolate scenes of suburban sprawl, there's still that brilliant high-altitude light. For all of Adams' apparent indifference, and he might hate me for saying this, there seems to be a bit of hope there, too. It might just take a closer look.