Accessibility links
Louis And Lump: Tiny Tots Saved At Sea : The Picture Show Surely you're thinking: "Not another Titanic story!" But wait, the story behind these photos is a crazy one of kidnapping, revolvers and a little boy called "Lump."

I'm sorry. Just as you've breathed a sigh of relief that it's finally over ... here comes another Titanic story! But this is irresistible for several reasons. Partly because, with 100 years of separation from the tragedy, certain elements of this story today just seem charming.

Plus, what can I say? We clearly love photo mysteries. And although I had come across these images last week while digging around for old Titanic photos, I didn't come across the back story on the Library of Congress blog until yesterday. 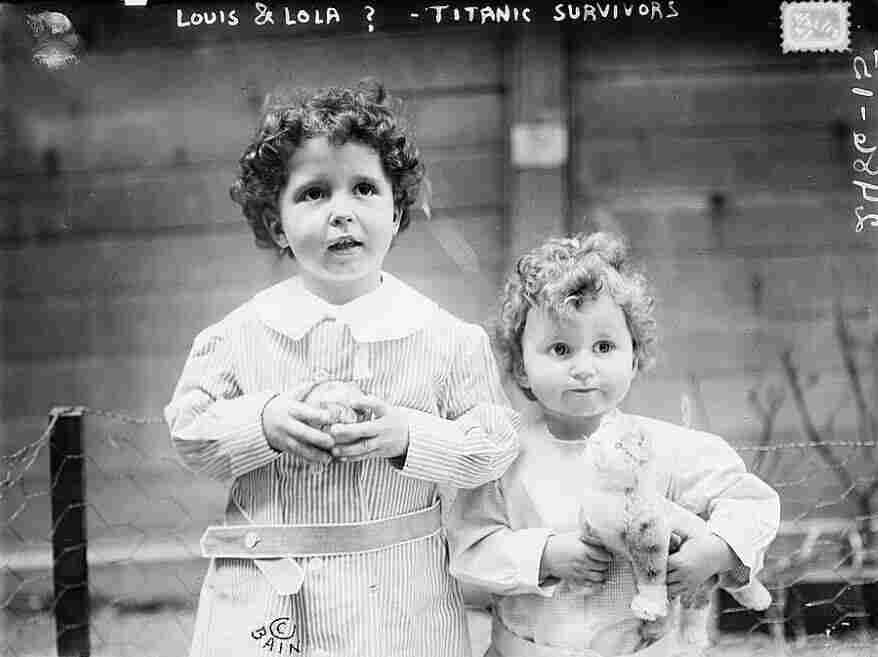 This photo was taken before the "orphans" of the Titanic were fully identified. The boys are French brothers Michel (age 4) and Edmond Navratil (age 2). Library of Congress hide caption 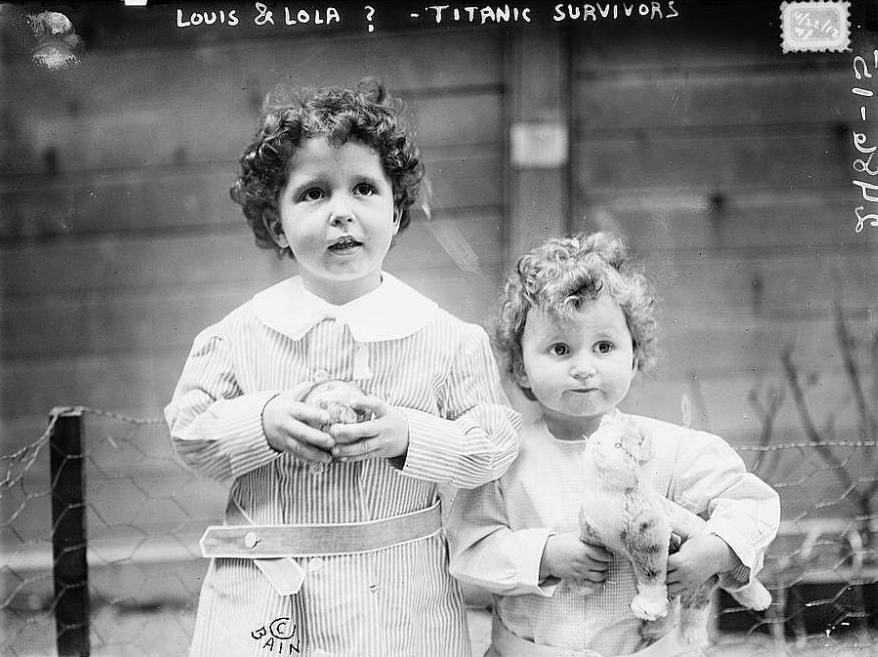 This photo was taken before the "orphans" of the Titanic were fully identified. The boys are French brothers Michel (age 4) and Edmond Navratil (age 2).

The photos alone, without any context whatsoever, are just great. Look at those curls, those pants, those little black shoes. The quality of the image that results from a glass-plate negative. In one of the shots, the younger boy is holding a toy ship — all the more poignant when you discover he has just survived the sinking of the Titanic. 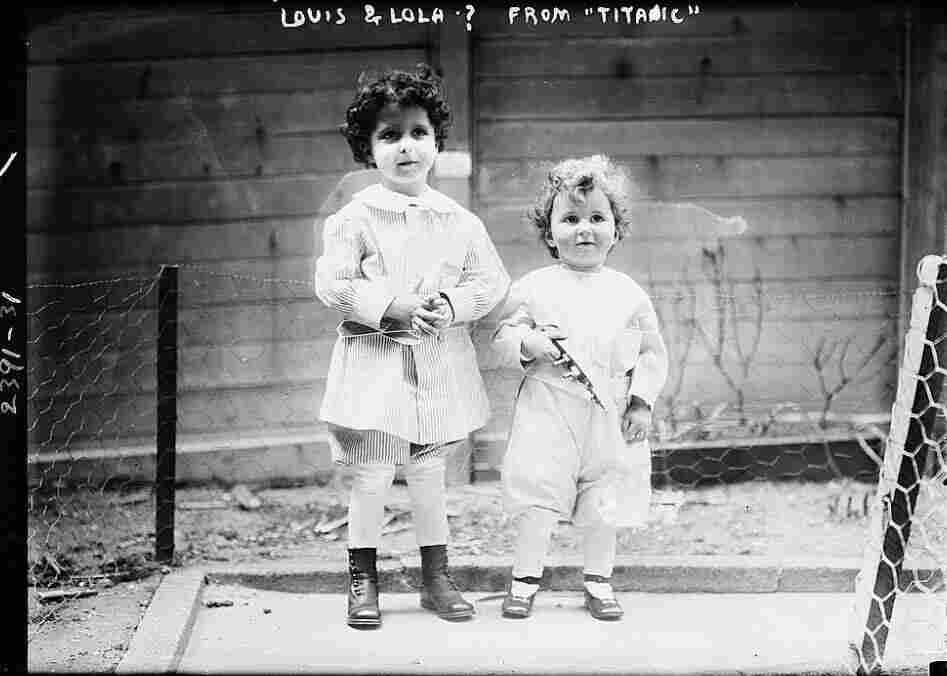 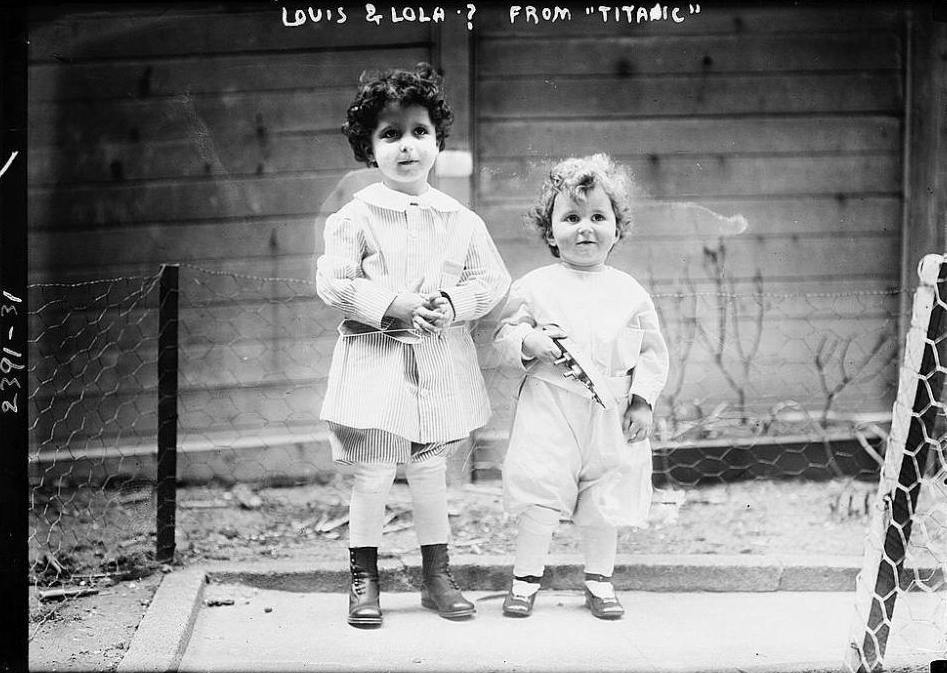 How they ended up on the Titanic is interesting, too. According to Encyclopedia Titanica (not the most unassailable news source, but extensive all the same): Their father had essentially kidnapped the two children from his "estranged wife" in France, and boarded the ship in an attempt to flee.

He assumed a pseudonym, and gave his children Michel and Edmond aliases, too: Lolo and Mamon. Though he was not even 4 years old at the time, Michel, the elder of the two, is quoted as having recalled the night of the accident:

"My father entered our cabin where we were sleeping. He dressed me very warmly and took me in his arms. A stranger did the same for my brother. When I think of it now, I am very moved. They knew they were going to die."

Their father died in the accident — and, oddly, according to the Chronicle Herald, was later discovered and identified as "the only Titanic victim found carrying a loaded revolver in his pocket." But both boys survived. If Encyclopedia Titanica is accurate, they managed to get on the very last emergency raft.

In another charming translation from French, Michel Navratil is quoted:

But because they did not speak English, the brothers were misidentified; in these photos, they are labeled Louis and Lola. One article titled "Tots Saved From The Sea" offers my favorite: "They are Louis, four and a half, and Lump, a year younger."

The LOC blog quotes a newspaper from the time:

"Who are the two little French boys that were dropped, almost naked, from the deck of the sinking Titanic into the arms of survivors in a lifeboat? From which place in France did they come and to which place in the new world were they bound? There is not one iota of information to be had as to the identity of the waifs of the deep — the orphans of the Titanic."

To be fair (to me) — although the 100-year anniversary of the sinking of the Titanic was technically a few days ago, the quest to identify these boys would have been making headlines around this time, in the days after the accident.

Another 1912 article depicts the failed effort of the French consul to identify them; they responded to every question, apparently, with a diminutive "oui."

Meanwhile, over in France, their mother, who had no idea they were even on the Titanic to begin with, saw their photo in a newspaper and was reunited with her children in the U.S. shortly thereafter. Et voila — la famille reunie: 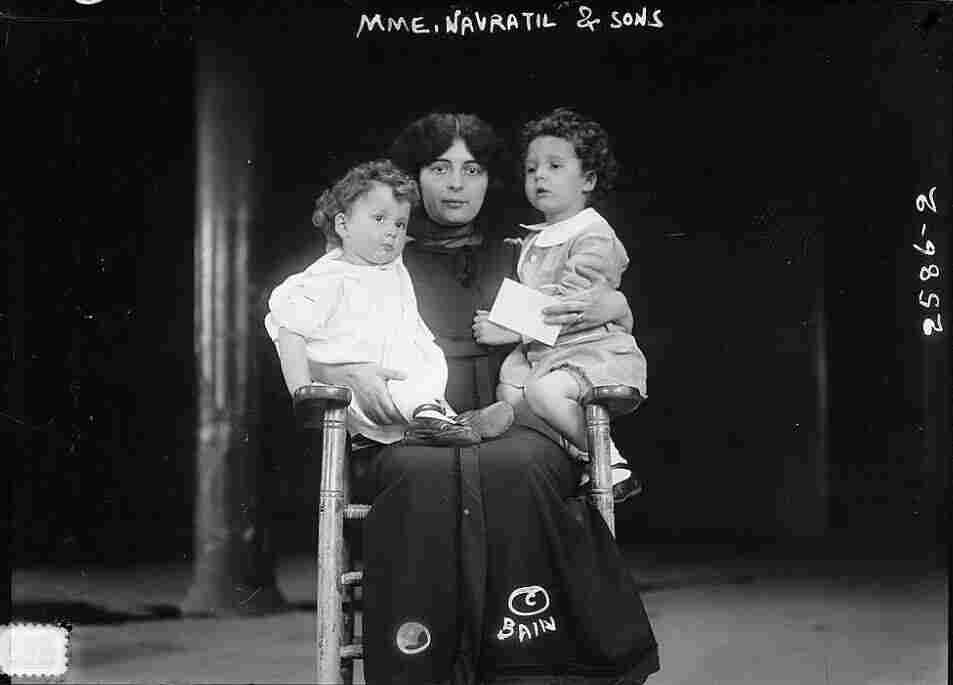 Marcelle Navratil reunited with her sons, circa 1912-1913 Library of Congress hide caption 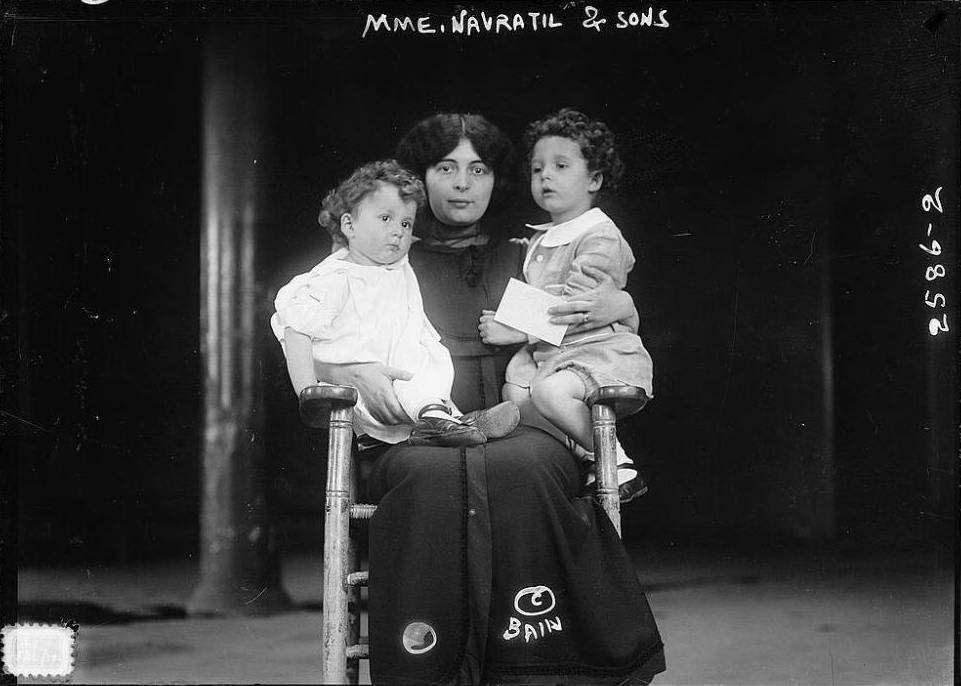 Marcelle Navratil reunited with her sons, circa 1912-1913

Michel went on to be the oldest male living Titanic survivor; he died in 2002.

It's amazing to think about the flow of information then versus now. Our recent attempt to identify the mysterious Civil War soldier in this photo was an instantaneous and collaborative online effort — involving commenters, tweeters and researchers from all over.

Had Mme. Navratil been on Twitter, might she have found her boys sooner? At the time, it was probably no short of a miracle that "Louis and Lump" survived a kidnapping, the sinking of the Titanic, America without English — and that they finally saw their mother again, no doubt having little understanding of all that had just happened.