Accessibility links
What Lies Beneath The New York Times? A Lively Morgue And Its Lonely Keeper : The Picture Show Two levels below the bustling streets of Times Square, some things go to rest in peace. But some of those things, the newspaper has decided to resurrect.

What Lies Beneath The New York Times? A Lively Morgue And Its Lonely Keeper

What Lies Beneath The New York Times? A Lively Morgue And Its Lonely Keeper

If you want to venture into New York City's subterranean nether circles, let Jeff Roth be your Virgil. To a basement two levels below the bustling streets near Times Square, for example. Just past some leaky pipes, a hole in the ground and through some heavy metal doors, he led me to an unexpected morgue. 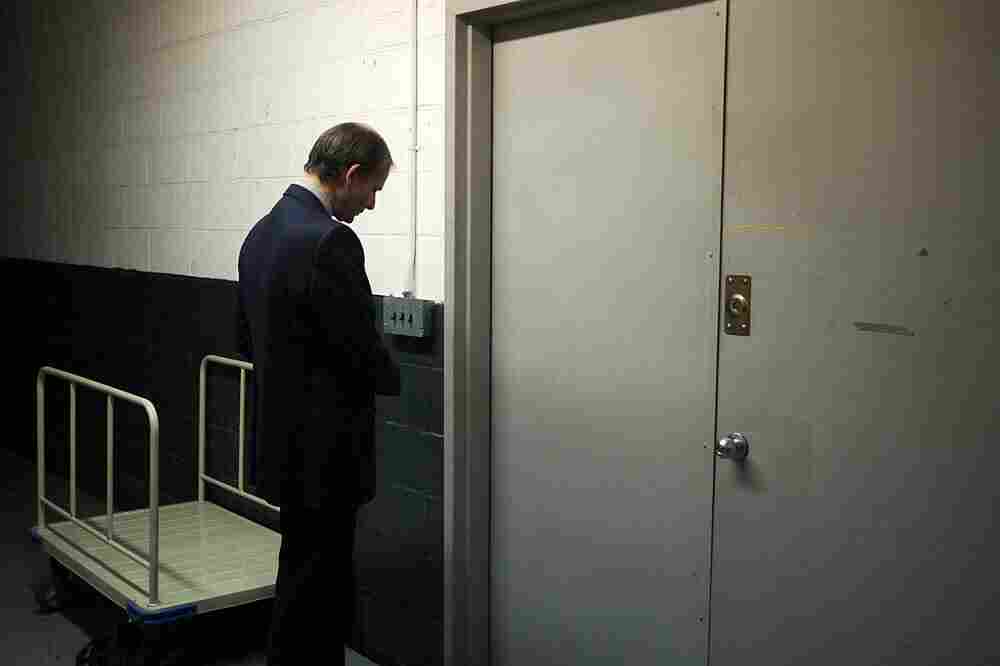 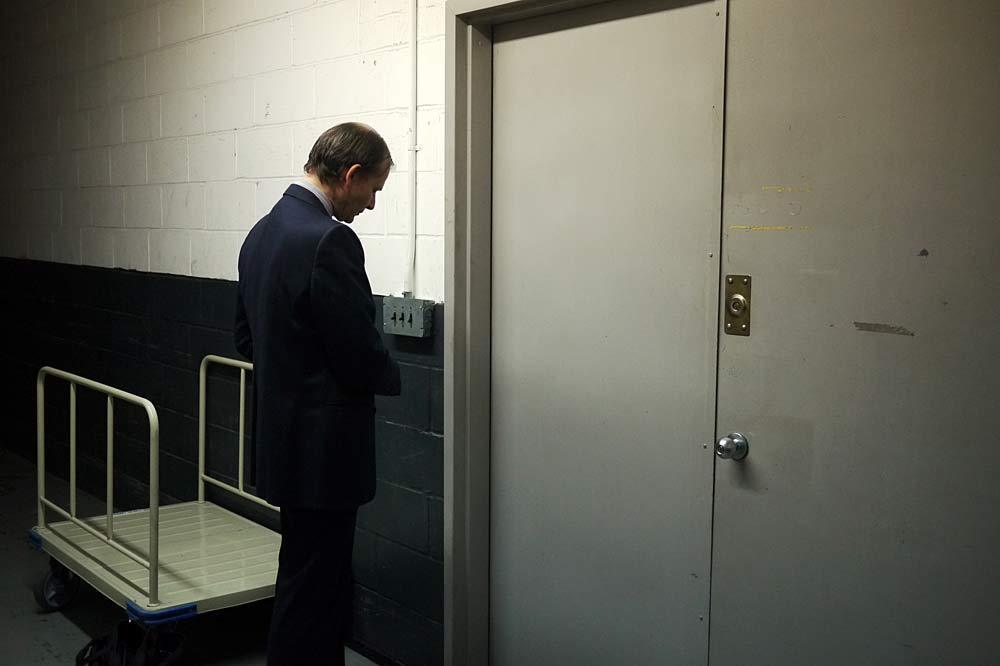 Jeff Roth unlocks the doors to the "morgue" of The New York Times.

This was my destination a few months back, and the experience was nothing short of a time warp. For one, when I met Roth, the morgue's sole custodian, I felt remarkably underdressed. His neatly combed hair, wingtips, navy suit and pocket square were of another era — especially in contrast to the dazzling LED-light lobby of The New York Times, where we met.

If it isn't already obvious — this morgue, as Times employees call it, is the newspaper's archive.

By the numbers: It's 4,000 cabinet drawers of newspaper clips, according to Roth, and 5 to 6 million photographic prints and contact sheets, cross-referenced by card catalogs made on typewriters and amended by hand. The scope is downright unfathomable, the system impossibly antiquated. 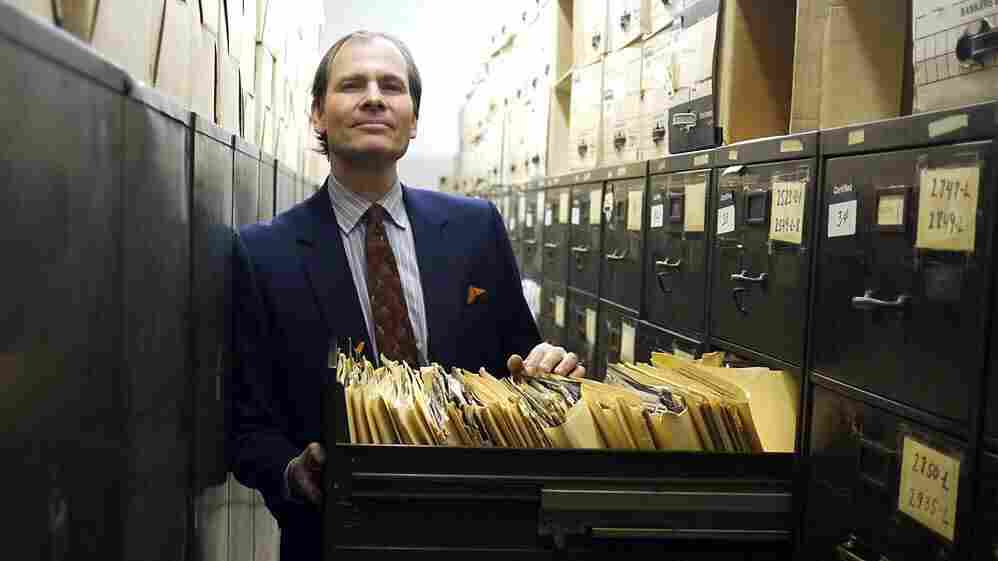 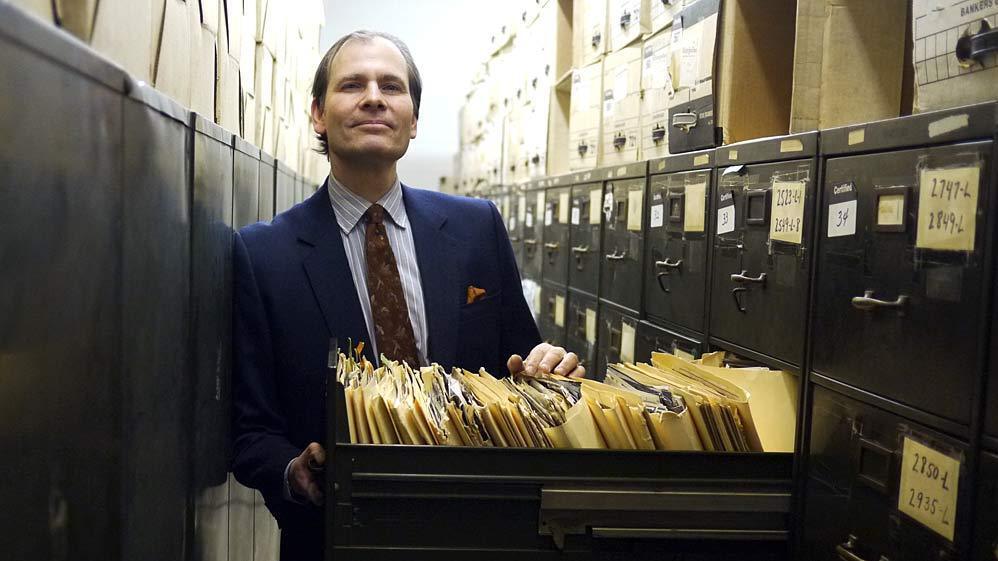 Down here, there are no windows; there's no natural light. It's forever fluorescent, and time seems to stop as you crank open the rickety filing cabinets and sift through photo after never-ending photo of who knows what.

Darcy Eveleigh, a photo editor at The New York Times, recalls having missed meals and lost countless hours to the morgue's magnetic pull. She and a few others have somewhat recently begun sounding its depths for an online project called "The Lively Morgue" — both a unique Tumblr site and a blog series — in which they resurrect random found photos.

A Selection Of Photos From 'The Lively Morgue'

Though most of us associate a morgue with death, Roth describes this one as a "living, breathing" thing and celebrates the serendipity it fosters. 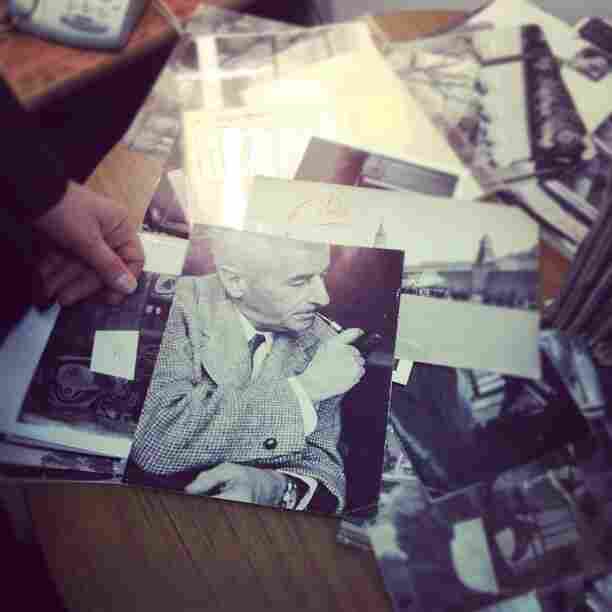 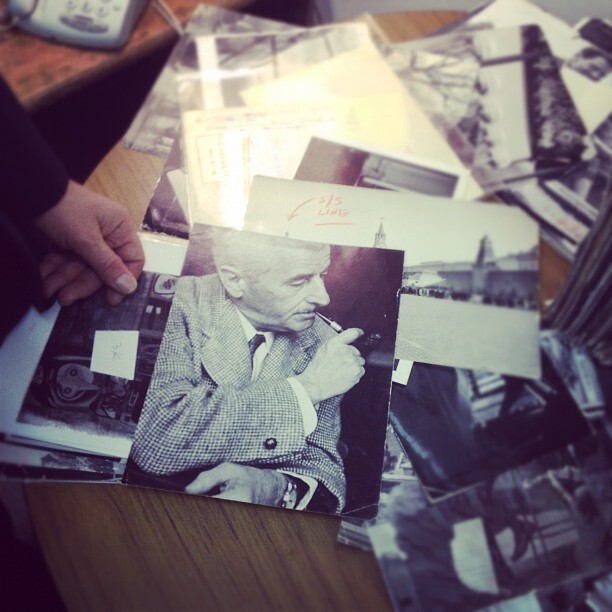 Case in point: I asked him to pull a random selection, and there we were, thumbing through disheveled prints of William Faulkner, taken by none other than the celebrated Henri Cartier-Bresson. Info on the photo's verso is almost more interesting: The cost of 10 prints in 1951 is tantamount to a photographer's entire day rate today.

That price tag is a vestige of what was once a thriving business. Roth himself is something of a vestige, too: When he started working nearly 20 years ago, he had 12 full-time and eight part-time co-workers. These days, it's just him and the stacks.

Not to get overly sentimental about it. The fact is, with digitization, there's just no need to continue clipping and cataloging at the same rate.

"It's a swell gig, but I just can't get too emotional about this," he wrote in our ongoing correspondence. "Could be gone tomorrow."

And what about the archives themselves? The task of maintaining such a monumental swath of history is no easy (or cheap) feat. And what do you do when someone like Roth, a living, breathing archive himself, is no longer there to be your guide? He is quick to brush it off. It's "not rocket science," he says.

But the fact is: No one else in the world knows how to navigate these Dewey Decimal boondocks.

"I'm just the last guy working a job, maintaining a collection, answering requests, carrying folders, taping them together, fixing cabinets, shifting boxes, refiling, sweeping the floors, placing boric acid around the files for the water bugs and of course finding nuggets that no one else has found before."

So can they just digitize it all?

As the The Lively Morgue site reads: "If we posted 10 new archival pictures every weekday on Tumblr, just from our print collection, we wouldn't have the whole thing online until the year 3935." 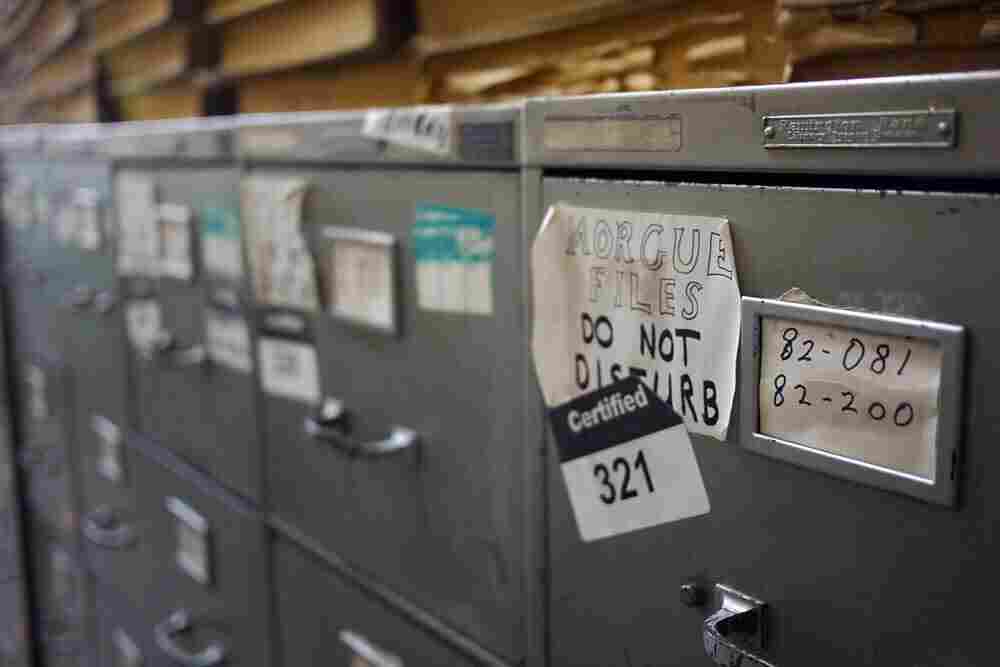 Fortunately, for now, they've found a way to breathe life into a few files that had been resting in peace. And you can follow the serendipity as it unfolds in real time — or whatever kind of time it is.