Accessibility links
Moby's Other Pet Project: Photography : The Picture Show Turns out the electronic musician not only likes pictures; he also takes them — in abundance.

"i don't sleep very well when i travel. and as a result, i tend to be awake in cities when everyone else is asleep. that's where this album, and the pictures that accompany it come from." 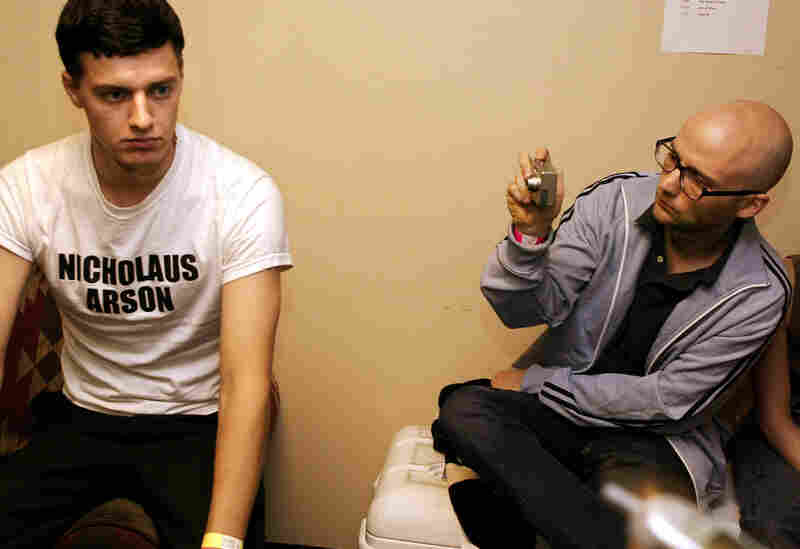 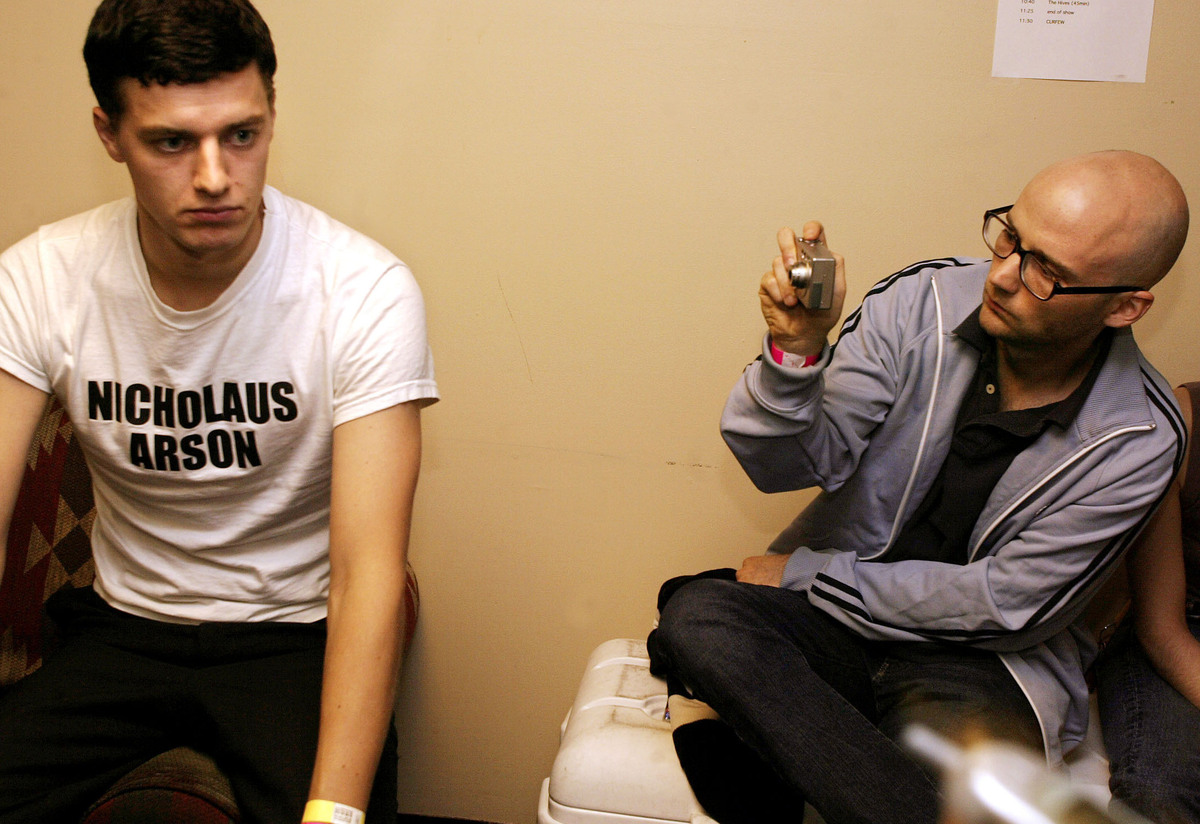 Moby takes pictures of The Hives guitarist Nicholaus Arson in 2002.

With his 2011 book, Destroyed, the electronic musician has created a visual soundtrack to accompany his musical album. We see what Moby felt as he roamed through empty streets across the globe, getting inspiration for his album. The images are often accompanied by witty text or just a one-word description.

"[the album] was primarily written late at night in cities when i felt like i was the only person awake (or alive), a soundtrack for empty cities at 2 a.m, at least that's how i hear it. ... i wanted to show a different side of touring and traveling. a side that is often mundane, disconcerting, and occasionally beautiful."

You can explore the photos while listening to the album on his interactive website. Or on his blog. Or Flickr. Or, best of all, listen to Talk Of The Nation, where he discussed the project.