Accessibility links
Demystifying Easter Island With A Kite : The Picture Show For a Nat Geo photographer, the mystery of Easter Island was a bit more personal: How does one take something that's been photographed a million times and make it interesting?

Demystifying Easter Island With A Kite

Demystifying Easter Island With A Kite 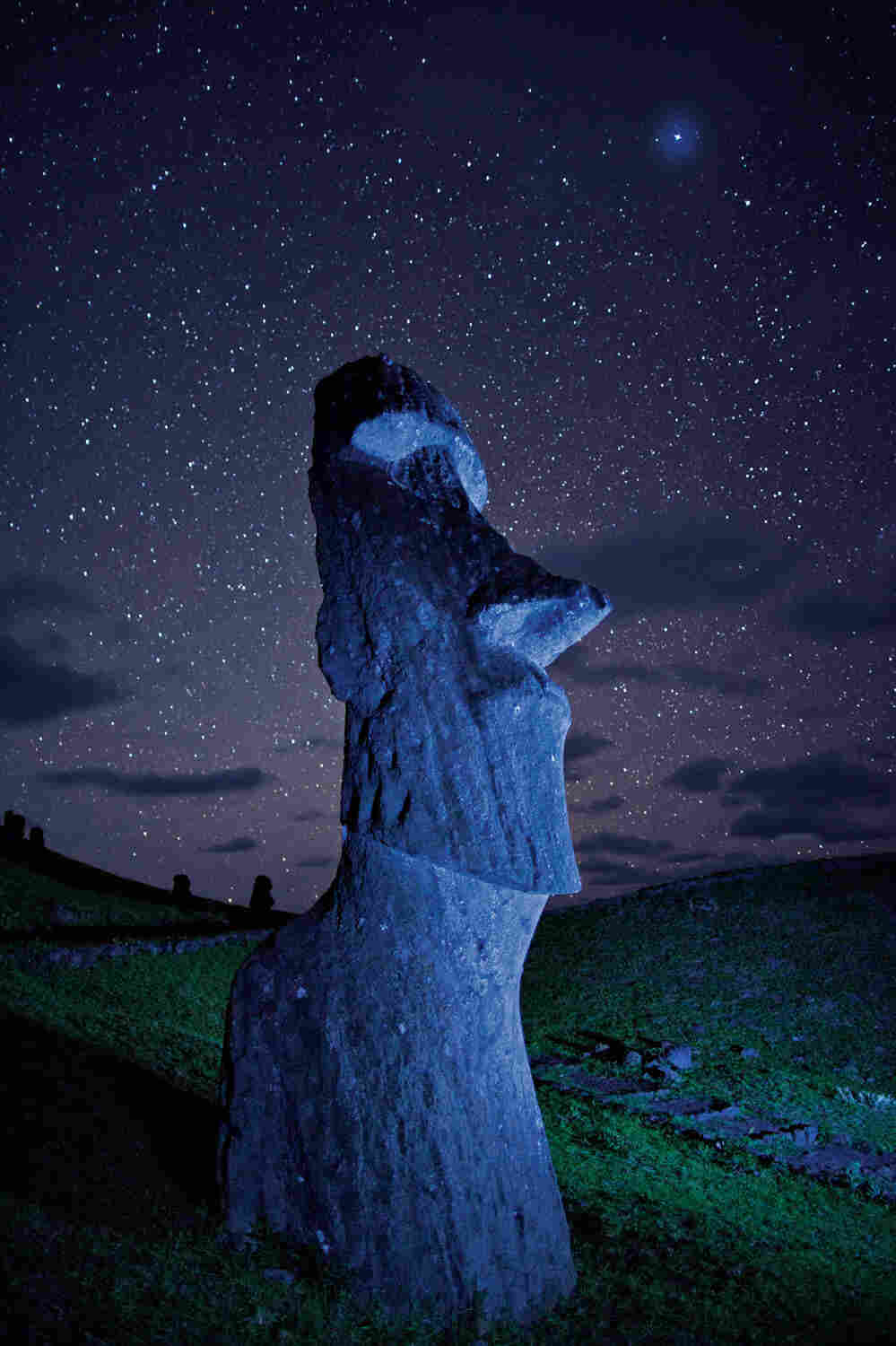 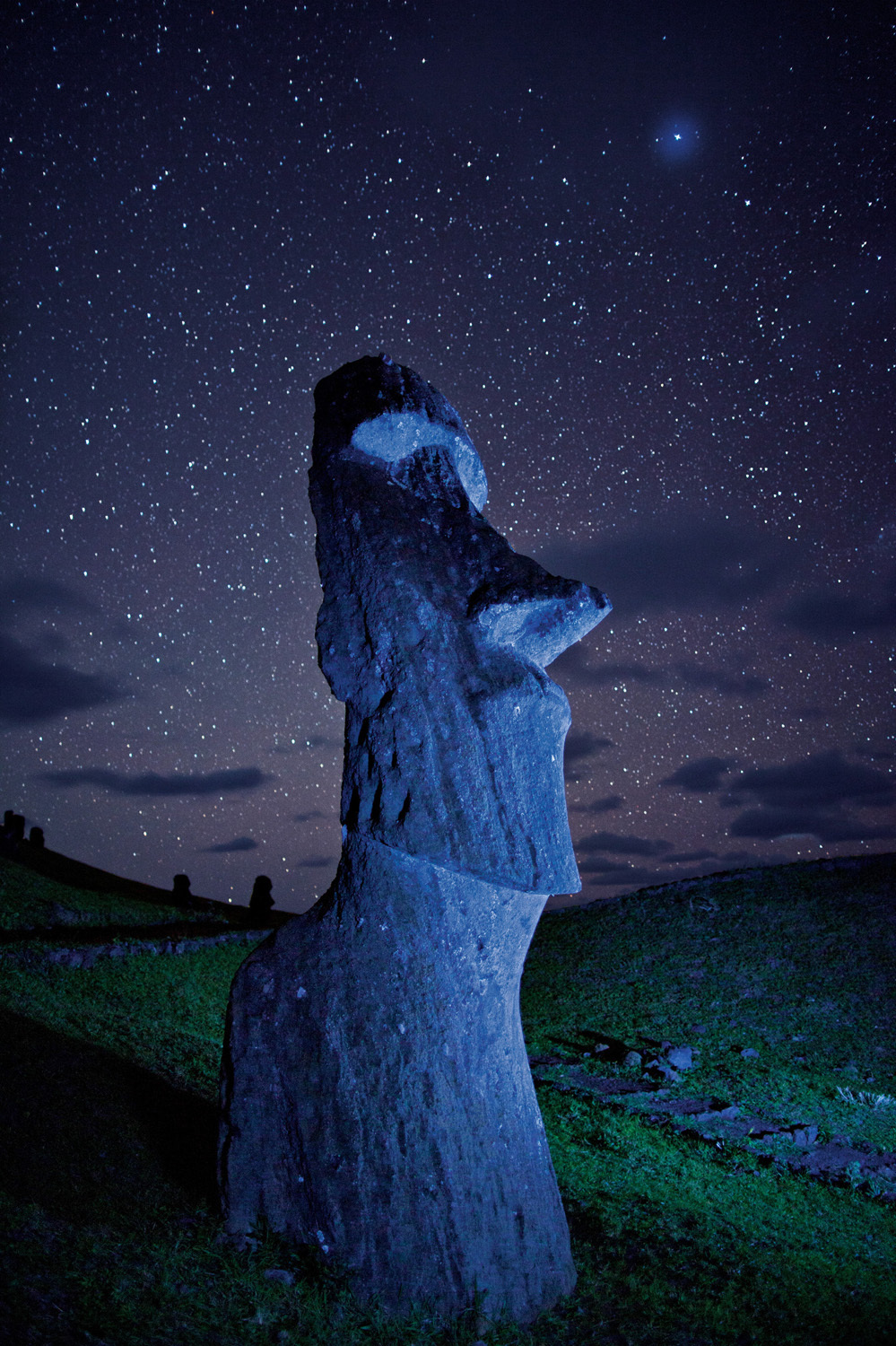 "The statues walked," Easter Islanders say. Archaeologists are still trying to figure out how.

Archaeologists are still trying to demystify Easter Island: Like, why did the native Rapa Nui civilization collapse? And those enormous, distinctive statues called moai: When were they built? And how did hundreds of them move around the island? Locals say the statues walked. Turns out that's not a far cry from some new theories delineated in National Geographic's July issue. (Here's a video in which researchers test one idea about how the moai were moved.)

For photographer Randy Olson, the challenge was different: How do you take an interesting picture of something that has been photographed a bazillion times over? His solution: A kite. 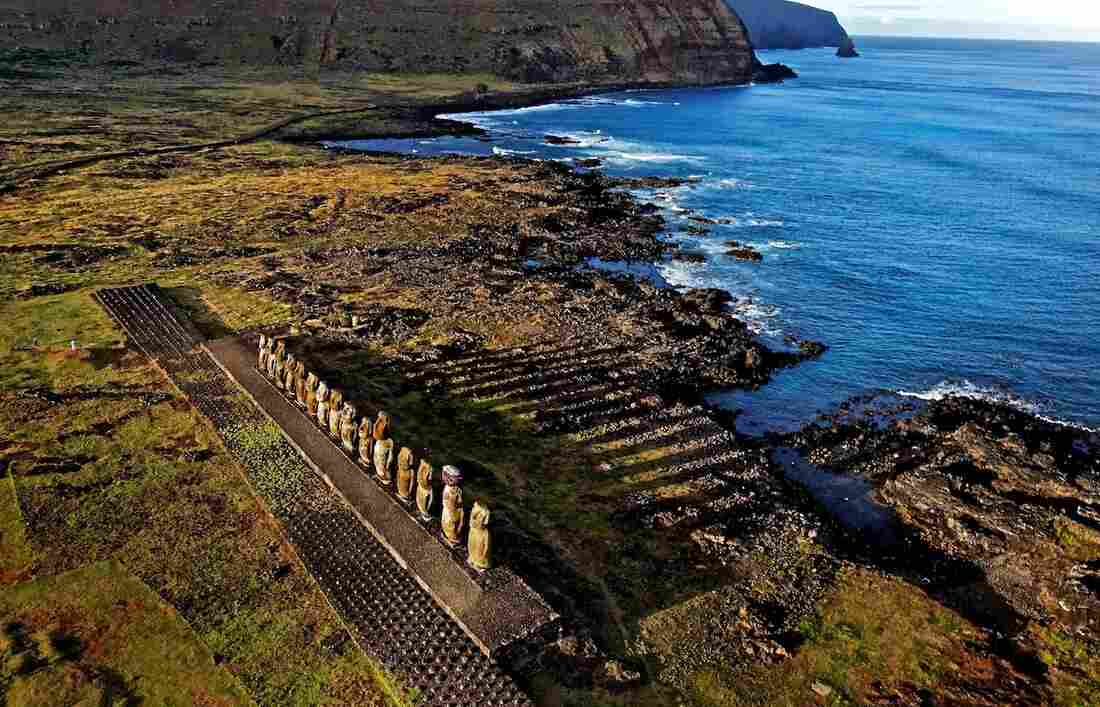 "Carved centuries ago from volcanic tuff," according to National Geographic, the moai statues are "believed to embody the deified spirits of ancestors." Randy Olson hide caption

To get this aerial image, Olson spent hours over the course of several days with a camera rigged to a kite — and wired to an iPad — hoping the winds would blow in his favor. The photo didn't make it into the magazine edit. So it goes. But he did blog about the process on his website.

This approach typifies Olson's M.O. in general: "It's by feel," he says. "It's not math. It's like feeling the right way to play a short piece of music."

Check out the rest of his photos on National Geographic.