Accessibility links
This Image Is Not Photoshopped : The Picture Show It's not two photos stitched together, and it's not an installation. This red line is the stain of toxic sludge.

This Image Is Not Photoshopped

This Image Is Not Photoshopped 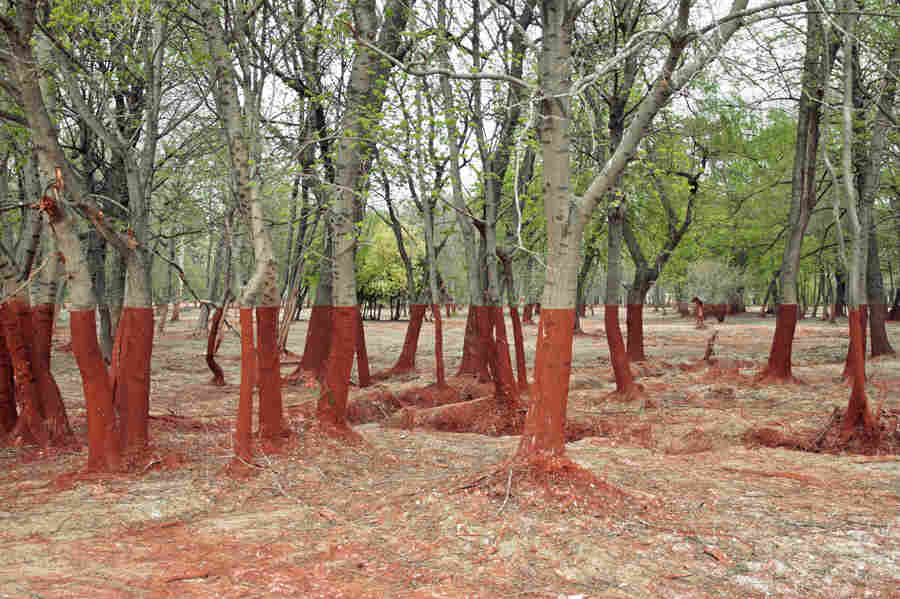 This photo looks like two images stitched together; above is a normal forest, and below, a strange, Martian one. But it's a single image from a single place and time — the hills of western Hungary, six months after a devastating industrial accident. 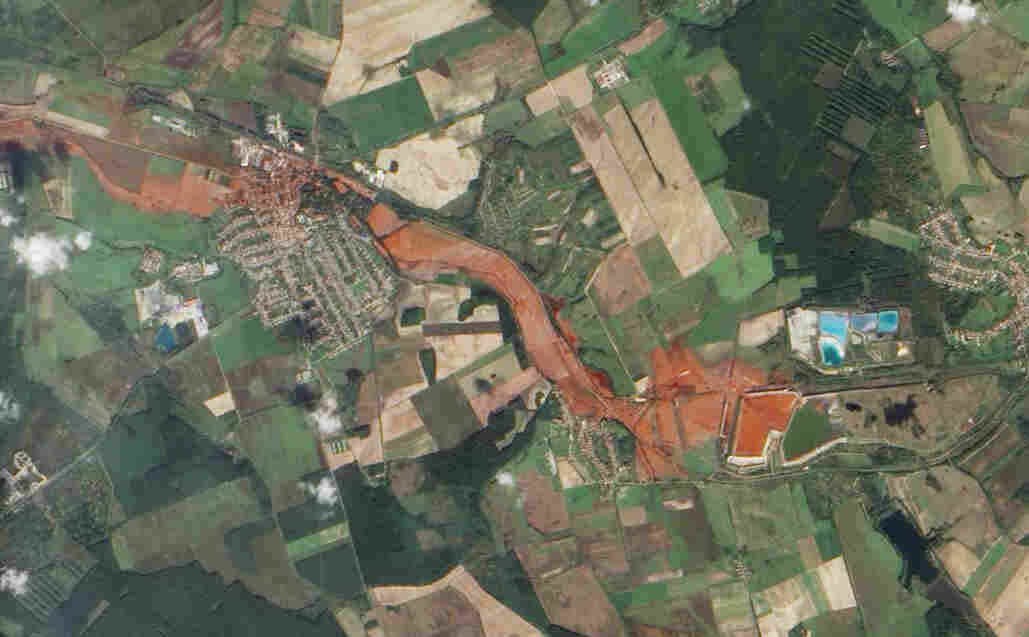 Aerial view of the toxic red sludge flowing from a breached waste reservoir (diamond shape at right) through the villages of Kolontar and Devecser. NASA Earth Observatory hide caption

Aerial view of the toxic red sludge flowing from a breached waste reservoir (diamond shape at right) through the villages of Kolontar and Devecser.

Soldiers and volunteers shoveled the muck into trucks and hosed down the streets, but where the sludge had been, every surface was stained red.

When Spanish photographer Palindromo Meszaros visited the disaster site in the spring of 2011, he says, a "feeling of the horror" still lingered.

"This is a place where the scars of history are strongly translated into landscape and architecture," he tells The Picture Show.

Meszaros published a collection of the most striking photos from his visit in Fraction Magazine last month. And his series, titled "The Line," is on display at the Festival des Promenades Photographiques in Vendome, France, until September.

"Sometimes people think that it is a conceptual installation when they start watching," Meszaros says. "It's an effect I was definitely looking for — something could seem beautiful and evocative somehow but at the same time make people understand how terrible it was."