Accessibility links
Photos Of The '70s Country Music Scene : The Picture Show Believe it or not, this visual catalog of country music culture was shot by a kid from Boston.

It may come as a surprise that the photographer who shot these country stars — and their fans — is from Massachusetts. But, Henry Horenstein explains, country music "was a rural music, not necessarily a Southern music."

As a young photographer, Horenstein spent a good part of the 1970s and early '80s at bluegrass festivals, Nashville's Grand Ole Opry, New England honky-tonks and elsewhere, documenting what he believed was an "era that was going to go away."

In some sense, it did go away, as all eras do — or, rather, it evolved. Today's mainstream country scene of catchy, highly produced hits by polished performers is a far cry from the scene of 40 years ago, when rock 'n' roll was reshaping the sound that had been passed down four decades prior still, before widespread music recordings. 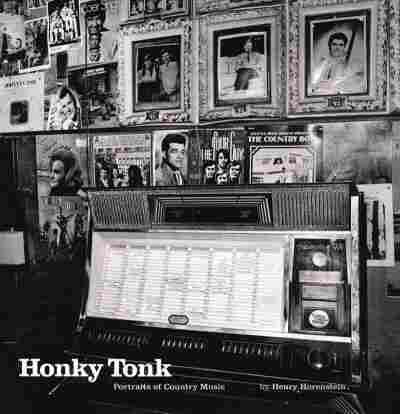 by Henry Horenstein and Eddie Stubbs

"Country music is a lot of different things," Horenstein says. "It's not one thing."

The point is: He has extensive documentation of a particular time in country music history. He bore witness to the rising star of Dolly Parton, the heyday of Del McCoury and the twilight of standbys like Lester Flatt. Above all, though, he says, he was "more interested in the last call and the lovers and the pictures like that."

That is, the bread and butter of country music: the people. The fans that made country music possible; the folks who lived lives that the lyrics describe.

Horenstein's photos can be found in his new book, Honky Tonk: Portraits of Country Music, and will be on display in Boston, New York City and Austin, Texas, this fall.