Accessibility links
Interview: Timothy Egan, Author of 'Short Nights of the Shadow Catcher' : The Picture Show Photographer Edward Curtis decided to chronicle the experience of the vanishing Native American tribes at the end of the 19th century. It was an unbelievably ambitious project that would define Curtis, his work and his legacy.

Photographer Edward Curtis started off his career at the tail end of the 19th century, making portraits of Seattle's wealthiest citizens. But a preoccupation with Native Americans and a chance encounter on a mountaintop triggered an idea: Curtis decided to chronicle the experience of the vanishing tribes — all of them. It was an unbelievably ambitious project that would define Curtis, his work and his legacy. 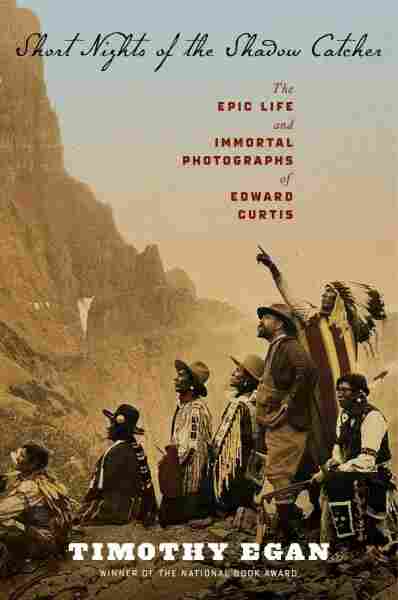 The Epic Life and Immortal Photographs of Edward Curtis

Writer Tim Egan has just completed a new biography of Curtis. It's called Short Nights of the Shadow Catcher: the Epic Life and Immortal Photographs of Edward Curtis. He tells NPR's Rachel Martin that Curtis discovered his first subject almost by accident. "He stumbles upon this, I call her 'the last Indian of Seattle'; it was Princess Angeline; she was the daughter of Chief Seattle, after whom the city was named."

Angeline was living in poverty and outside the law — Seattle, named for a Native American chief, had banned Native Americans from living inside its boundaries. "So Curtis finds this bedraggled, old, broken subject, and he's fascinated by her. ... He has her come back to the studio, he sits her down and he takes this extraordinary picture of her," Egan says. "The gaze, in the look of her face, you see something that just goes so far beyond a standard portrait picture."

Princess Angeline's portrait was the beginning of what Egan calls a "magnificent obsession" for Curtis: documenting the lives and traditions of Native Americans before they disappeared.. But he needed money for his project. Luckily for him, President Theodore Roosevelt got Curtis an interview with one of the richest men in America, J.P. Morgan, who initially turned him down. "Well, Curtis stays, and he opens up his portfolio, and he shows Morgan one more picture, a Mojave native, a young girl, probably about 12 years old, and Morgan is entranced by the picture," Egan says.

Conventional wisdom of the time held that Native Americans were vanishing; within a generation they would be gone. So with funding from Morgan, Curtis was able to keep taking pictures. And those pictures were an impressive technical feat — Curtis was traveling through Hopi and Navajo land, crossing the wilds of the American Southwest, all while carrying unwieldy and fragile glass plate negatives. 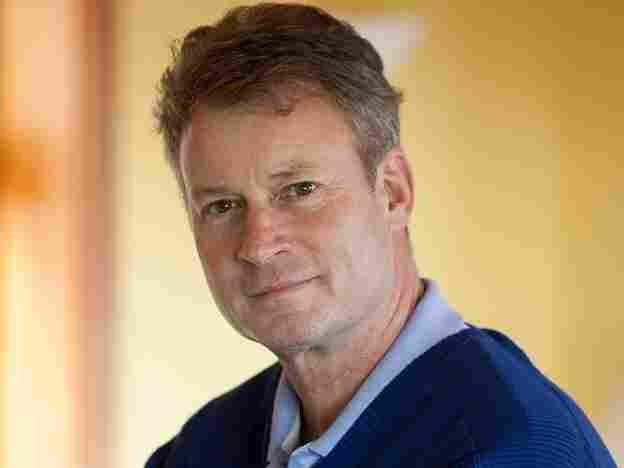 Timothy Egan worked for The New York Times for 18 years. He is the author of The Worst Hard Time, for which he won the National Book Award. Barry Wong/Courtesy of Houghton Mifflin Harcourt hide caption 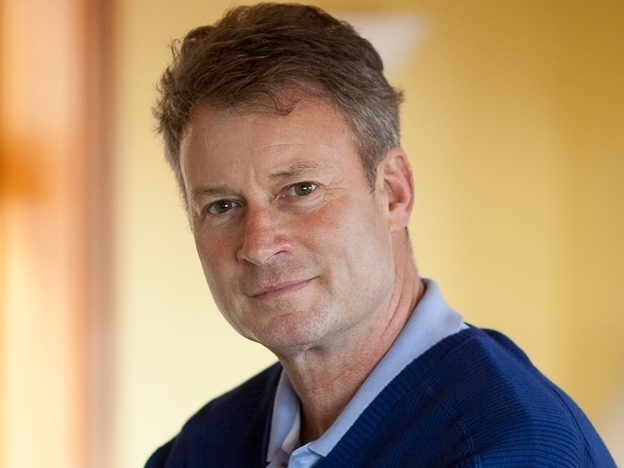 Timothy Egan worked for The New York Times for 18 years. He is the author of The Worst Hard Time, for which he won the National Book Award.

The delicate glass plates were not Curtis's only challenge — to make the images, he had to win the trust of suspicious Native American tribes. Egan says that at first, they were not inclined to let the photographer into their lives. "They threw dirt at his camera, they charged him on their horses, they tried to lure him with native women so they could then get him involved with sexual scandals," Egan says. "And initially his approach was a very blunt one. He would pay them."

But Curtis eventually won the trust of the tribes, partly because he did put Native people on his payroll. "By the middle of this epic, they loved him," Egan says. "He became an insider."

Curtis started out as a dispassionate outsider, Egan says, "knowing that he had a commodity in these Indians ... but slowly, one tribe after the other, he changes. Now, he never went full native, or as they called it, 'gone to the blanket,' but as he became broken and old, and had things taken away from him, he truly saw the Native world from their perspective."

Read an excerpt of Short Nights of the Shadow Catcher