Accessibility links
On The Campaign Trail: With Instagram : The Picture Show Photojournalists and reporters on the campaign trail are using Instagram to transmit behind-the-scenes photos that you otherwise wouldn't see. 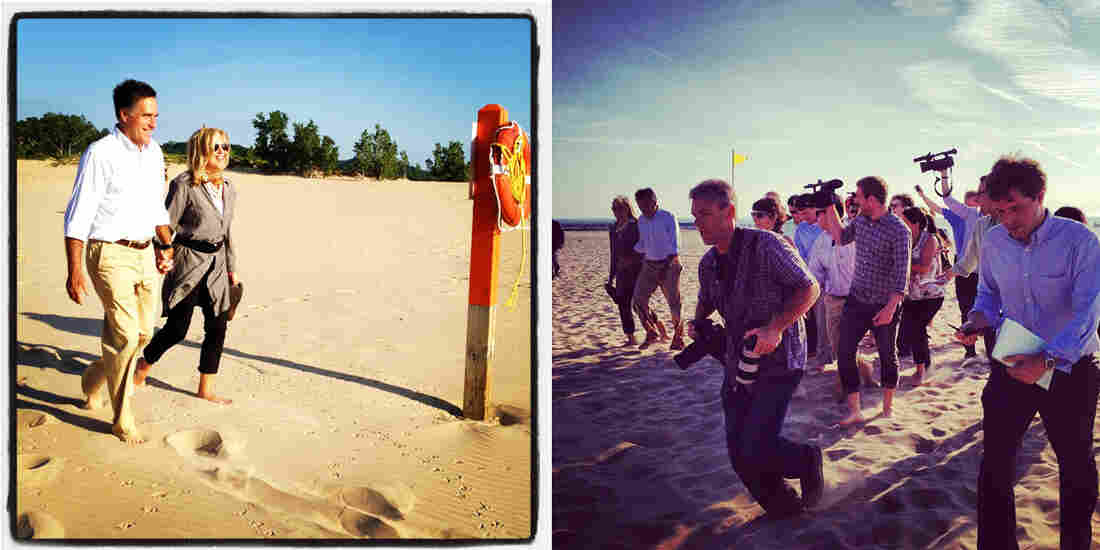 Reporter Ashley Parker transmitted these two different views of the campaign trail via Instagram. In the photo on the left, Mitt and Ann Romney stroll on the beach. On the right, the media pool chases after them. Courtesy of Ashley Parker/The New York Times hide caption 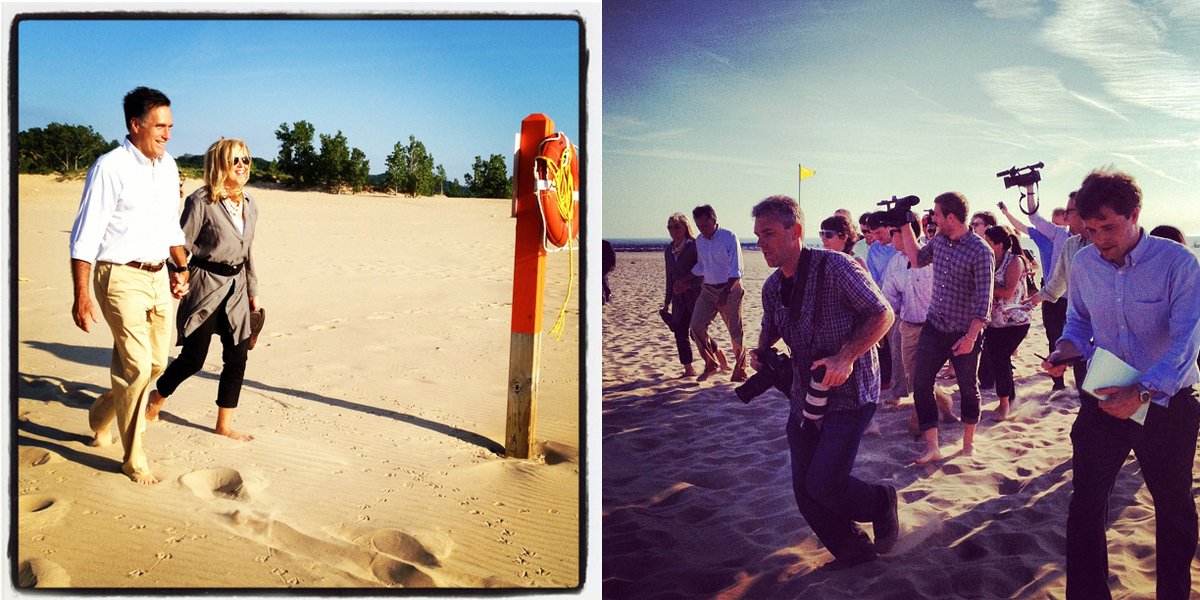 Reporter Ashley Parker transmitted these two different views of the campaign trail via Instagram. In the photo on the left, Mitt and Ann Romney stroll on the beach. On the right, the media pool chases after them.

I'm not normally one for politics, but after following several photojournalists on Instagram, I've become fascinated with what's happening on the campaign trail this political season.

Instagram, the free photo-sharing app, has become far more than a place for people to upload photos. It's also become a way to document ongoing stories — and photojournalists on the campaign trail are doing just that.

Using hashtags such as #aponthetrail, #RNC2012, #DNC2012, #campaign2012 and #2012unfiltered, photojournalists are sharing the story of the campaign, both through traditional news-style photos, as well as more off-beat imagery.

(Note: All captions appear as originally published on Instagram)

The app gives photojournalists and reporters a unique way to produce visuals without the pressures of deadlines or nailing a specific shot. It is also a more personal way to share photos than through the news wires.

"It's a great way to start a discussion about photography and the process of how we do what we do," says Charles Dharapak, a staff photojournalist for The Associated Press.

Chip Somodevilla of Getty Images has been working on a diptych series of behind-the-scenes photos of volunteers, the press and others working on the edge of the campaign. As he explains, the images he makes with his iPhone 4S are "the unusual periphery surrounding the political campaign."

Some of the photojournalists transmitting via Instragram use digital filters and effects, while others, including Dharapak, play it straight (tagging their photos #nofilter).

"Even though I am carrying thousands of dollars of high-end DSLR cameras, I like using this photographic tool with limited ability [the iPhone] and making it 'work,' " says Dharapak, who also cites the immediacy of Instagram as one of its appeals.

Ashley Parker, a print journalist for The New York Times, uses Instagram to reflect her up-close perspective on the trail. 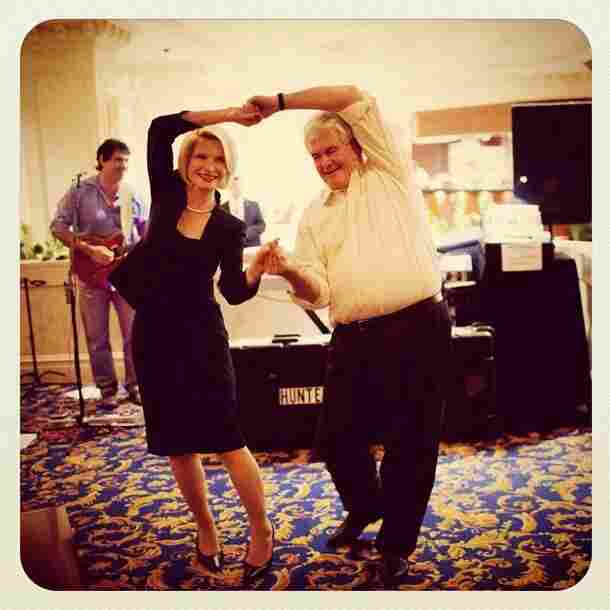 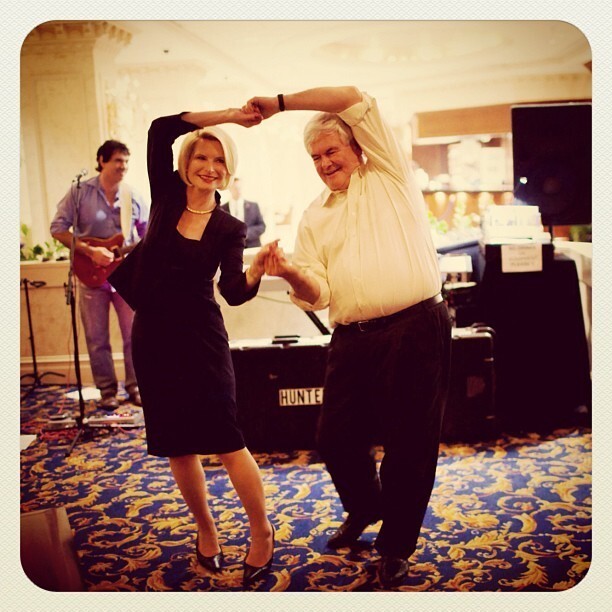 Newt and Callista dance at a hotel bar in Jackson, MS.

"Take [for example] the photo of all the press scrambling down the beach behind Mitt and Ann Romney," she said. "The photos that came out of that moment were largely of Mitt Romney and his wife, taking what looked like a romantic stroll on the beach. But what was most interesting to me was the fact that they were trailed by a huge gaggle of media, many of whom were huffing and puffing just to keep up."

"Sometimes I use Instagram as an escape from the boredom of endless hold rooms and security sweeps," says Josh Haner of The New York Times. "Other times, a photo screams out for sharing, like the one of Newt and Calista dancing."

A side effect of having alternative news photos on Instagram is that people who may not otherwise pay attention to the news can have a better understanding of what's going on in the world, or in some cases just on the campaign trail, simply by following a photojournalist's feed. And that is news worth sharing.

Lauren Rock is an intern with NPR's multimedia department.