Accessibility links
Remembering Alf Kumalo: Chronicler Of Life Under Apartheid : The Picture Show The celebrated South African photographer died Sunday at his home in Soweto. He was 82.

In the dying days of apartheid in South Africa two decades ago, the country was aflame with violence, and photographers constantly raced from one clash to another in search of a dramatic image that would make the front page.

Many were young, scruffy white guys who always seemed coated in sweat and dust as they made their adrenalin-fueled rounds. You could hear them coming and going by the screeching of their car tires.

But amid their ranks was Alf Kumalo, a polar opposite in every way. He was a mild-mannered, middle-aged black man who exuded an inner calm and dignity as he steadily and thoughtfully went about his work.

Driving at a prudent rate of speed, Kumalo often turned up a bit after his younger colleagues. But he was inevitably greeted with warm hugs from those who had known him for years, and then promptly granted special access based on these long-standing bonds.

Kumalo wasn't just looking for his next front-page photo; he was documenting the drama that played out in South Africa over his entire life.

Kumalo, who died Sunday of prostate cancer at his home in Soweto at age 82, was one of South Africa's preeminent photographers for more than a half-century. He worked for multiple South African newspapers and magazines, including many years at The Star in Johannesburg. He covered every major development from the 1950s onward, photographing the likes of Nelson Mandela and his former wife Winnie Madikizela-Mandela, Desmond Tutu and Muhammad Ali. 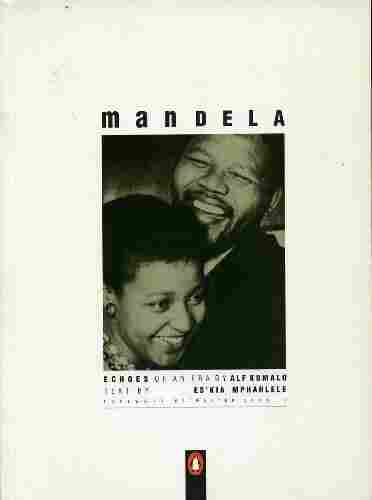 Kumalo's book Mandela: Echoes of an Era, was published in 1990. The photos in the book date back to the early '50s — spanning almost 40 years of political turmoil — including 16 pages of pictures showing Mandela's release from prison. hide caption 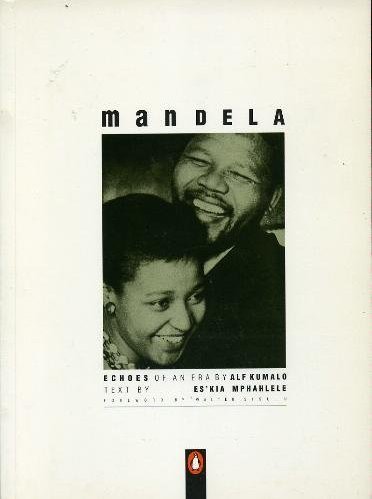 Kumalo's book Mandela: Echoes of an Era, was published in 1990. The photos in the book date back to the early '50s — spanning almost 40 years of political turmoil — including 16 pages of pictures showing Mandela's release from prison.

Kumalo's relationship with the Mandelas dated to the early 1950s, and some of his most memorable work included highly personal pictures of them with their children and grandchildren.

But his canvas was broad, and his work touched on almost every aspect of life under apartheid. His gift was capturing the humanity of people he photographed. It was never just a news story for Kumalo. He lived under the same tangled web of restrictions as most of his subjects and instinctively identified with them.

"I was arrested, beaten up. They cracked my skull. That's how bad it was," said Kumalo, who as a black journalist was often a target of the security forces.

Former President Thabo Mbeki said Kumalo "was more than a documentary photojournalist. He was, above all, one of South Africa's eminent historians. No one could contradict the truth of what he captured so competently through the lens."

In his understated manner, Kumalo could be just as penetrating with his words as with his lens. He liked to tell a story about the complications he faced when covering the "Rumble in the Jungle," the 1974 world heavyweight championship fight between Ali and George Foreman in what was then Zaire.

Many African countries prevented South Africans from visiting as a sanction against apartheid. This was directed at white South Africans, but could be applied indiscriminately. As Kumalo tried to make his way to Zaire, he was detained in one country, tossed out of another, rerouted multiple times and generally harassed as if he was a leading agent of apartheid.

"You are from South Africa. You are not welcome here," Kumalo was told.

"But I'm a black South African," he replied, to no avail.

Kumalo spent nearly a week bouncing around African airports before he finally touched down in Zaire. He told the story with a knowing chuckle and a deep understanding of life's absurdities.

One of the supreme ironies of apartheid is that it attempted to limit black South Africans in every possible way, and yet the result was several generations of towering figures of great dignity and humility.

Mandela and Tutu are the most famous examples, though there are many others. They may not be as well known, yet they carried themselves in the same impeccable manner. They resisted not with anger or raw emotion, but with words and deeds and an unshakable determination that systematically chipped away at institutionalized segregation day after day until it ultimately crumbled.

For Kumalo, that meant going everywhere with his camera slung around his neck.

"He lived his work. Even going to the corner store, he'd take his camera," his son, Muzi Kumalo, told IOL News.

Alf Kumalo talks about his role in the film The Bang-Bang Club. He played himself in the film about photojournalists covering apartheid in the early 1990s.

Apartheid ended in 1994 when Mandela became South Africa's first democratically elected president. But Kumalo had more work to do. He spent the last decade of his life running a photo studio for aspiring photographers in Soweto, the huge black township that was created under apartheid just outside Johannesburg.

And a couple of years ago, Kumalo appeared in front of the camera. The 2010 movie The Bang-Bang Club was based on a book by Greg Marinovich and Joao Silva, two photographers who documented the bloodletting at the end of apartheid. Fittingly, Alf Kumalo played himself in the film.