Accessibility links
Your Comments About A Public Photograph Of Private Grief : The Picture Show A photograph of a woman praying outside St. Rose of Lima church in Newtown, Conn., has become the focus of a conversation surrounding ethics and photography.

Your Comments About A Public Photograph Of Private Grief

Your Comments About A Public Photograph Of Private Grief

Our story about a woman who objected to being photographed during a prayer vigil on the night of the shootings in Newtown, Conn., prompted a lot of comments.

Aline Marie says her quiet moment of prayer was interrupted by photographers eager to capture an image from that day. She says she felt ambushed by the photographers and was particularly unhappy that none of them even spoke to her afterward. The photographer whose image was used by NPR, Emmanuel Dunand of AFP, says he didn't talk to her because he thought that was the most respectful thing to do. 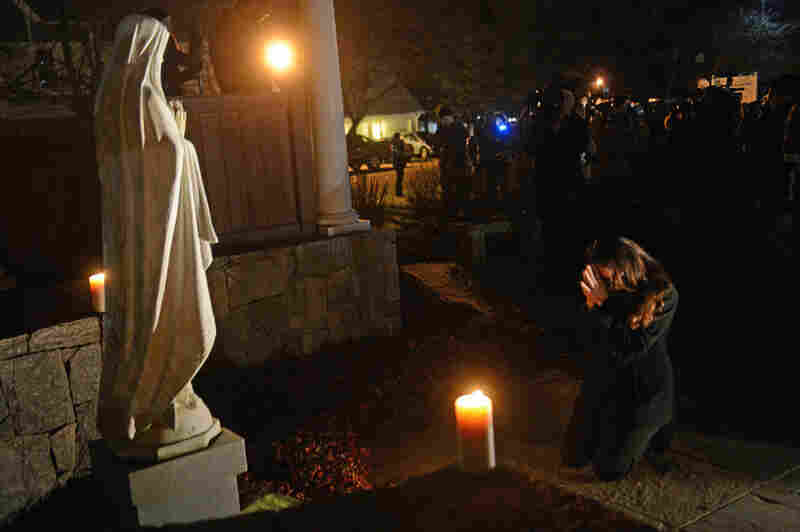 This photograph of Aline Marie praying outside St. Rose of Lima church in Newtown, Conn., has become the focus of a conversation surrounding ethics and photography. Emmanuel Dunand/AFP/Getty Images hide caption 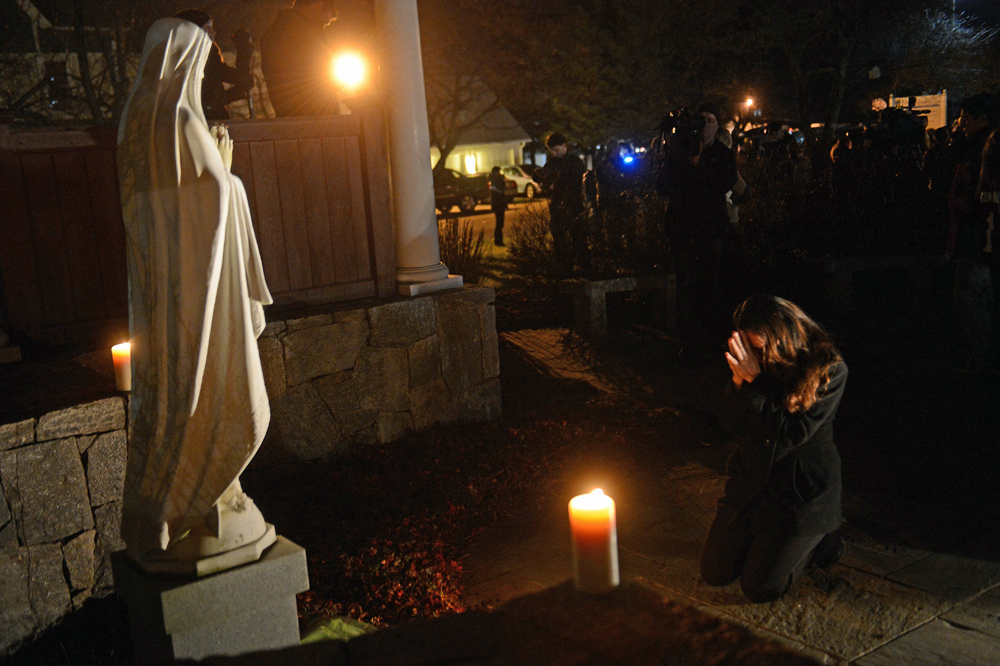 This photograph of Aline Marie praying outside St. Rose of Lima church in Newtown, Conn., has become the focus of a conversation surrounding ethics and photography.

Bethany Polentz thinks Dunand was professional and respectful of Marie's private moment. "I think the photographer handled the situation completely ethically and appropriately — definitely with respect," she says. "The woman was in a public place and yes, I realize she was grieving, but the photographer did NOT shove the camera in her face, but kept a distance."

Tom Underhill, who identified himself as a photographer, thinks talking to individuals he covers is the best way to work, and ultimately results in a better story. He adds, "As a news photographer myself I have always found honesty to be the best policy ... Many times the information a subject gives you afterwards tells the story in a way you could have never guessed."

"J A" was also photographed, and adds this perspective: "I was photographed in prayer, permission was asked, and the photo was published twice. It never occurred to me that the journalist wouldn't ask. But the conversation was wonderful and I felt as if my prayer had been answered as I prayed it. Just my $.02."

Many people questioned why Marie chose to pray in public, then later was upset with the photographers. She wrote in to say that although she knew the news media was in the area, she was alone when she first knelt down to pray. Only after she had been praying for a few minutes did she hear the shutters click — photographers had approached without her knowing it.

I can see both sides of the story here.

"Yes, I was in a public place," she says. "Yes, I was having a moment of deep despair, and I have always personally understood that even in public there is an unspoken line of respect that you do not cross when someone is visibly upset."

But she went on to say that she wasn't upset with Dunand, she just wants everyone to think more about our actions and manners as a society.

"I am not mad at the photographer who took the picture," she writes. "Yes, I would have loved to have a conversation with him. Perhaps he was one of the few conscious and compassionate photographers in the crowd and it would have been nice to relate to him. We could have had a powerful and heart-centered conversation maybe."

And "FT" empathizes with both Marie and Dunand, writing, "I can see both sides of the story here. It seems as though the photographer was trying to be respectful, and maybe this woman would have liked it handled one way ... It's hard to say if there is a right or wrong, but it seems both were deeply affected by the tragedy."