Accessibility links
Google Street View Takes A Hike. So? : The Picture Show Google recently hit the trails with a panoramic camera called the Google Trekker. And now you can see the Grand Canyon in Google Maps. Is this a good thing? 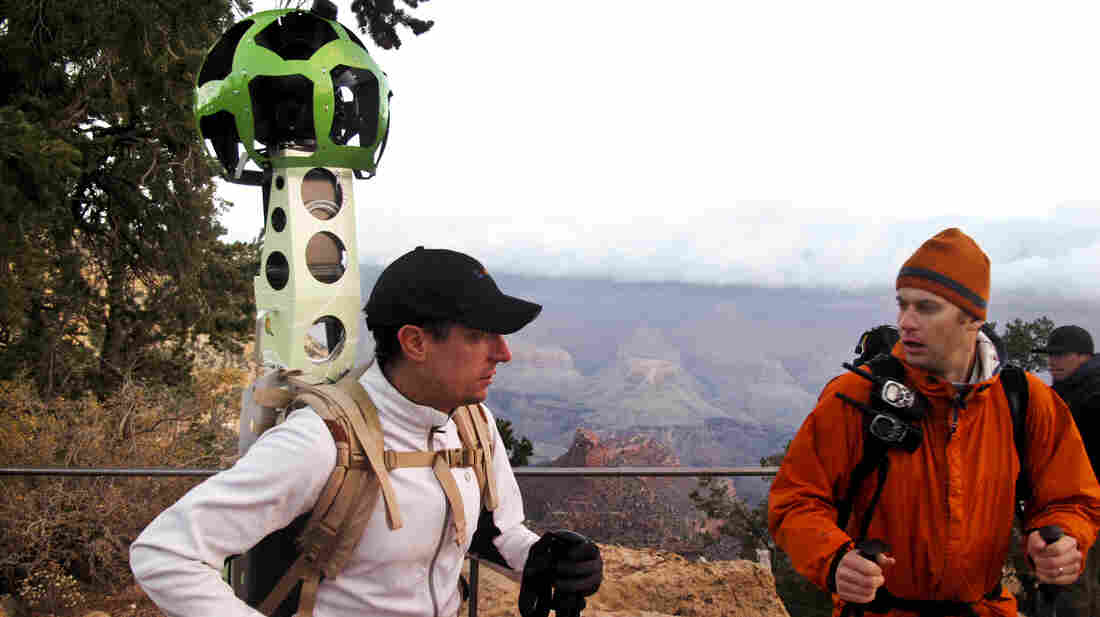 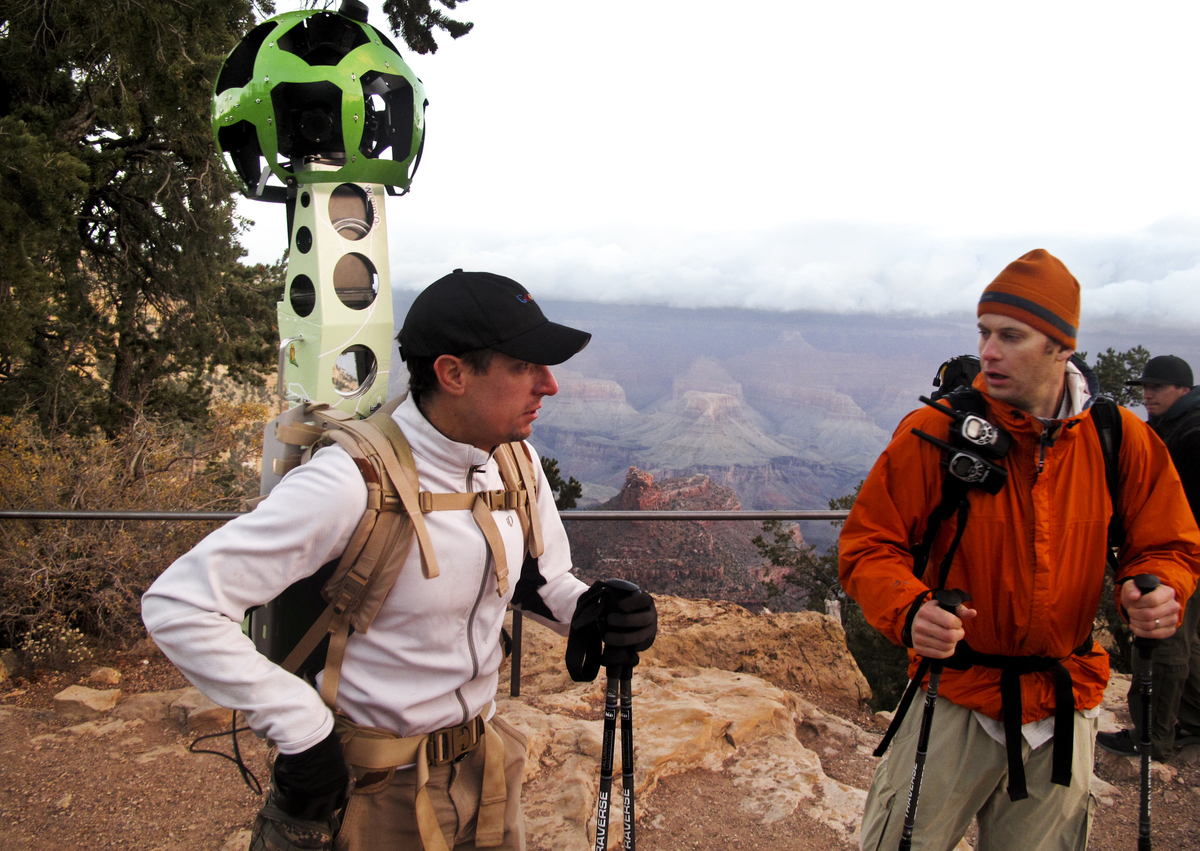 Google's Craig Robinson and James Hoffacker prepare to hike into the Grand Canyon. Robinson is wearing the new Google Trekker — a Street View camera mounted to a backpack. The Trekker's two lithium ion batteries can last eight hours and power 15 cameras. The pack — designed and built by Google — weighs 40 pounds.

A few months back, Google released a few of its engineers into the wild with a camera called the Google Trekker. Their mission was (and is) to capture America's wilder landscapes for Google Maps — starting with the Grand Canyon's Bright Angel Trail and South Kaibob Trail, and other scenic overlooks like the Colorado River.

With 15 lenses and twin GPS receivers, the soccer ball-shaped camera captures a 360-degree panorama — just like the Google Street View camera. And some of the images from the first Google treks were released Thursday. Here are a few examples of what you'll see:

What's the point? Google has an official blog post about it.

"The goal is that we want to be able to map the entire world and everyone be able to ... virtually visit," Google's Deanna Yick tells me on the phone. "What it really provides is the ability to go where none of our cars have been able to go before: the narrow canals of Venice, the steps of ancient ruins ... other trails in national parks."

And what's the point of that? Our original story sparked a mini-debate in the comments about this very question. Some readers contend that technology has no place in the wilderness.

Non tech asks: "Do we really want to live in a world where there is not a single place we can go, not even into the depths of the Grand Canyon, to just get away from it all?"

Likewise, Sid Murthy writes: "If a person can just 'walk' the trail on his computer, why would he want to walk it in person?"

Betty Hillman offers one reason: "For the many handicapped people in the world ... this feature will allow a virtual experience that they otherwise would not have."

And Sandra Chapin agrees: "I look forward to seeing these places through someone else's eyes."

Others express concern that inexperienced hikers might rely too heavily on information (i.e., trail conditions) that can change as readily as the temperature.

Grateful Head: "I just hope that people realize that the views from these cameras are only good for the time they were taken. ... It's unreal how many people just trek out into the woods with little experience. ... Then they look to technology for help and surprise, surprise it doesn't work."

And one anonymous writer proposes that perhaps this is more a tool for conservation than for navigation: "Even though many would like to keep technology out of wilderness and remote places, I think it's what will help people better appreciate those places."

We've already seen a Mount Everest climb live-blogged. And now Google is off-roading into America's backwoods. What do you think? Good, bad or both?