Accessibility links
Earth As Art: 'How Did Nature Do That?' : The Picture Show Satellites help track storms, power the GPS signals in our cars and phones and beam TV signals around the world. But they also send back striking, totally disarming images of planet Earth.

Earth As Art: 'How Did Nature Do That?'

Earth As Art: 'How Did Nature Do That?'

Satellites are powerful tools. They beam our TV signals, phone calls and data around the planet. They help us spy, they track storms, they power the GPS signals in our cars and on our phones. But they also send back striking, totally disarming images of planet Earth.

This set of images is all about showing off the "beauty of the Earth," says Lawrence Friedl, the director of NASA's Applied Sciences Program and the editor of a project called Earth as Art. "We want people to look at these images and say, 'How did nature do that?' "

The project, which NASA has released in iPad and book form, spans the world, from cold peaks to desolate deserts to ocean islands. But these aren't your typical snapshots.

Are these images real?

Friedl says NASA maintains a fleet of Earth-observing probes trained on our planet that constantly monitor the "Earth system" — the oceans, the atmosphere, the land, the plants. These satellites — 16 in all — ship back loads of data and images.

Some of the instruments aboard the satellites collect data in different ranges of wavelengths of light. These "spectral bands" break up all the visible and invisible light into chunks: the reds, the blues, the greens and even infrared, a wavelength of light that humans can't see.

When researchers piece the image data back together, they can be selective about which "bands" of light are displayed in the final image. "The selection depends on the intent of the analysis," Friedl wrote in an email. "An analysis of vegetation would probably select the red, green and infrared bands — vegetation is 'bright' in those bands and the analyst could differentiate between the types or health of vegetation."

Friedl says analysts generally don't go out of their way to make images look surreal, but this kind of spectral analysis can be used to great effect. "There are whole books written on what band combinations to use to bring out certain features," he told me. Like rocks: When studying the retreat of the glaciers of the Himalayas, Friedl says, you can train software to recognize the light signature of exposed rock. And instead of directly measuring the glaciers themselves, you can see where new rock is getting exposed year over year.

Friedl says the 75 images in the Earth as Art collection don't have an explicit scientific purpose: "These are for visual entertainment purposes," he says. "Part of it is to try to get images of the Earth in front of people who aren't scientists and researchers."

But beyond this collection, images like these can be really valuable to scientists, Friedl says. "We now have 40-plus years of data, and we can look at trends on the decadal scale, put that into a model and start doing predictions."

And what's hanging on his wall? A blown-up version of this phytoplankton bloom in the Baltic Sea. 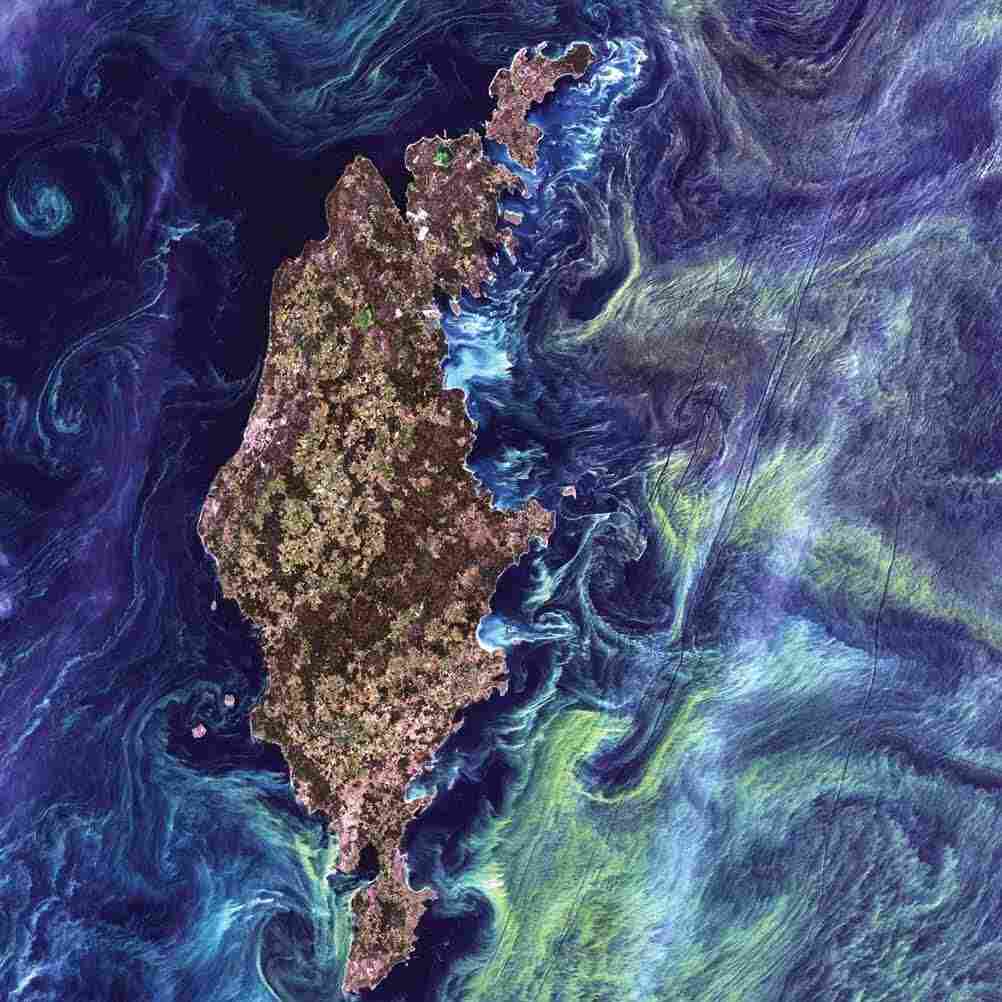 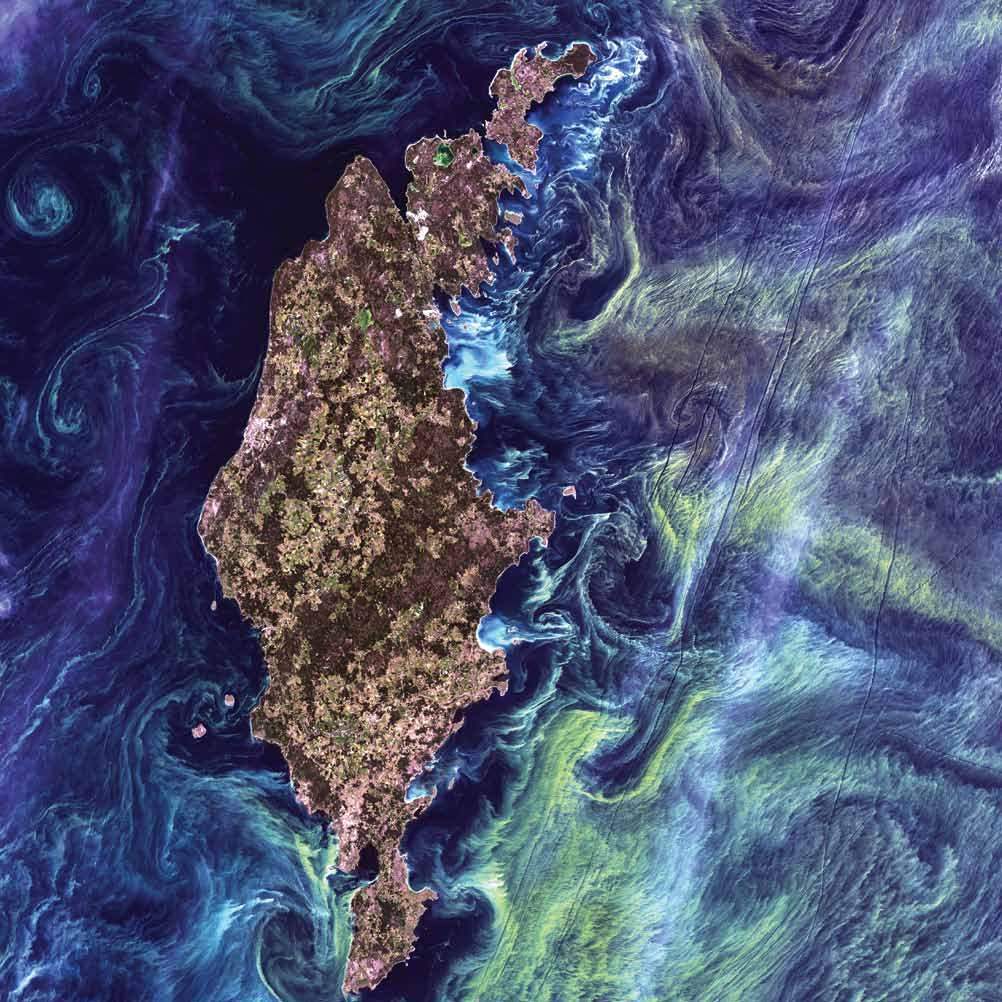 Phytoplankton Bloom, Baltic Sea, 2005 Massive congregations of greenish phytoplankton swirl in the dark water around Gotland, a Swedish island in the Baltic Sea. Phytoplankton are microscopic marine plants that form the first link in nearly all ocean food chains. Blooms of phytoplankton, occur when deep currents bring nutrients up to sunlit surface waters.

"It's land. It's ocean. The patterns that are on it are so symmetrical — it seems like they're almost rhyming," Friedl says.