Accessibility links
10 Years Ago, A Night Vision Of The Iraq Invasion : The Picture Show NPR's David Gilkey was on the ground the night U.S. troops invaded Iraq 10 years ago this week. He describes a photograph he made that first night — one of the first photos of the invasion to come out of Iraq.

10 Years Ago, A Night Vision Of The Iraq Invasion

10 Years Ago, A Night Vision Of The Iraq Invasion 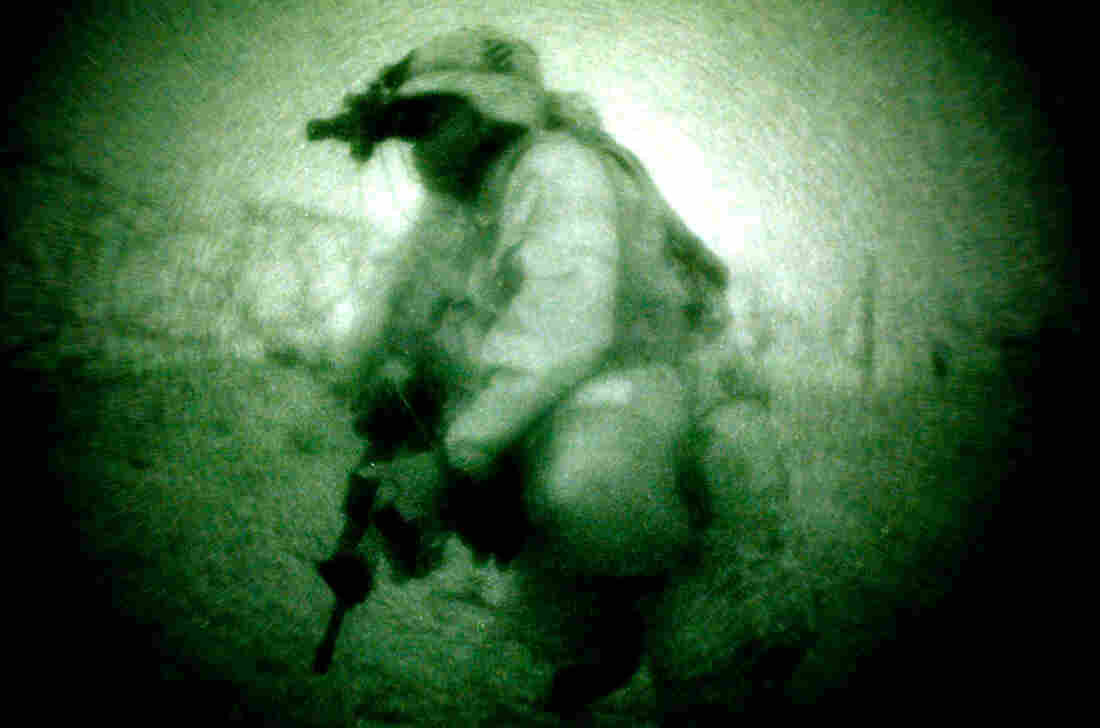 A soldier with the U.S. Army's 3rd Infantry Division on March 20, 2003, among the first troops to set foot in Iraq in that year's invasion. David P. Gilkey /Detroit Free Press/MCT hide caption 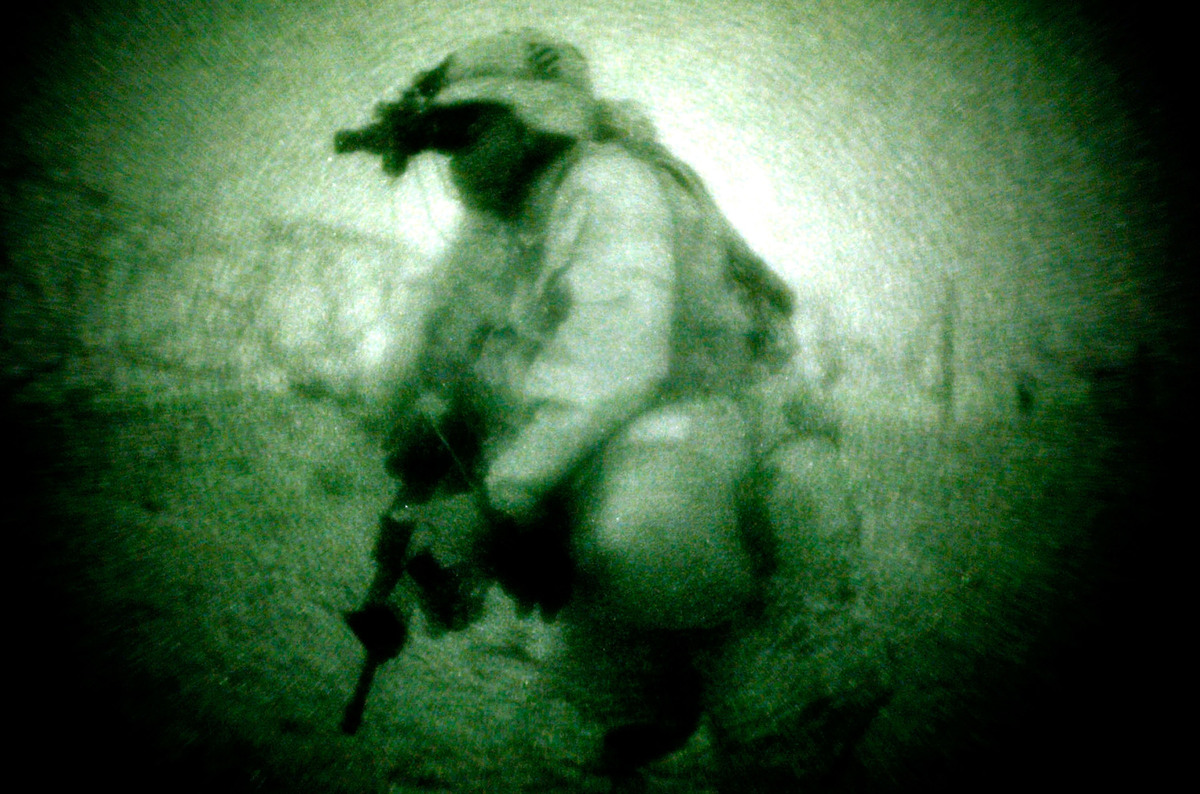 A soldier with the U.S. Army's 3rd Infantry Division on March 20, 2003, among the first troops to set foot in Iraq in that year's invasion.

Ten years ago this week, U.S. troops invaded Iraq. NPR's David Gilkey was there and shares his memory of a photograph he made that first night.

The photos that David Gilkey took the night of the Iraq invasion were among the first pictures of U.S. troops in combat to come out of Iraq. And among the images he captured was one of a soldier running through an abandoned Iraqi army post that had, just minutes before, been hit by U.S. rocket fire.

Those photos would not have been possible without a night vision optic for his camera.

"I don't remember who it was," Gilkey recalls, "but one of the soldiers pulled me aside and said, 'You know, if you want to have pictures, if and when this [invasion] happens, you should have night vision.' "

Gilkey made a request for night vision optics from his employer at the time, The Detroit Free Press, which made a Fed-Ex shipment to him in Kuwait. The night vision optics came just in time: U.S. troops were making what seemed to be final preparations to invade Iraq.

Finally, after months of waiting, Gilkey and the soldiers he was embedded with from the Army's 3rd Infantry Division loaded into their vehicles and headed into Iraq in the early morning hours on March 20, 2003.

"To be honest, I don't think there was anyone who wasn't scared — maybe borderline terrified," Gilkey recalls. "I don't do a lot of praying, and, in this particular case, I think I did."

Upon crossing into Iraq, he says, he could hear bombs and gunfire, then suddenly everything went quiet and the driver of his vehicle opened the rear hatch. Gilkey ran out with the rest of the troops and, in the dark, made a wrong turn.

First Sgt. Todd Hibbs, now a good friend of Gilkey's, pointed him back toward the fighting. As he shifted directions, Gilkey heard Hibbs shout, "Don't forget you signed the [expletive] waiver!"

"The waiver" is a legal document known as a "hold harmless agreement," which Gilkey — and all other journalists — are required to sign every time they embed with the military. Essentially, it says the military will take care of you to a point; but if you do get killed or seriously injured, the U.S. government cannot be held liable.

"And I got it," Gilkey says. "There was no turning back. My running theme of the war and that invasion was: You signed the waiver."

See more of Gilkey's photographs and hear about his experience covering the war on KPCC's website.