Accessibility links
Teahupoo: A Surfer's Mecca, A Photographer's Muse : The Picture Show Who says you can't pursue a utopian career of surf photography on the shores of Tahiti? French photographer Ben Thouard has made it work. 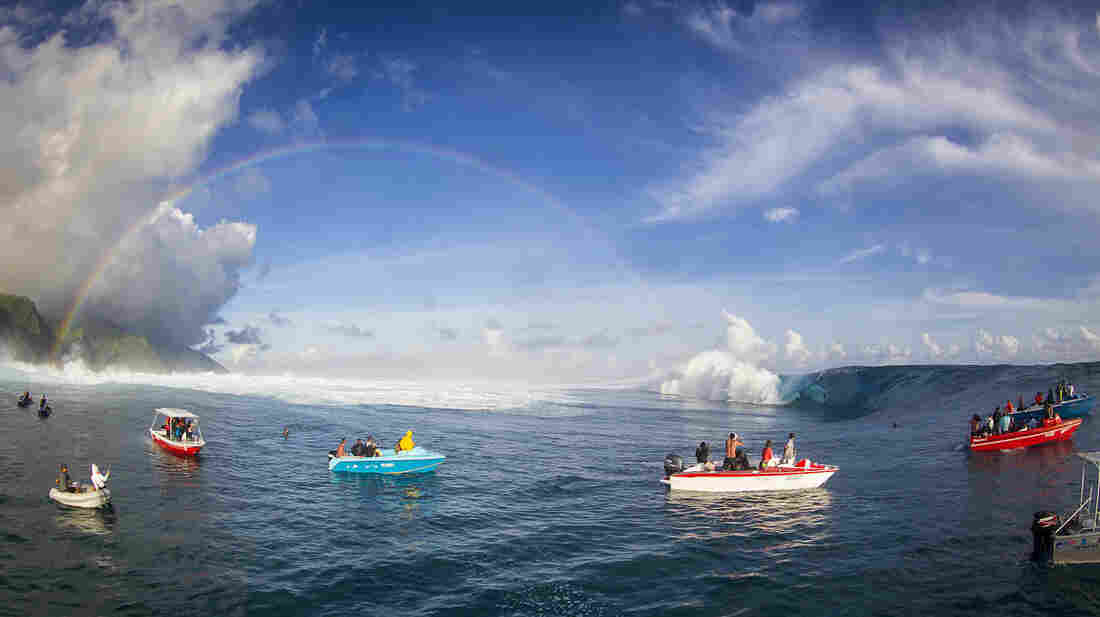 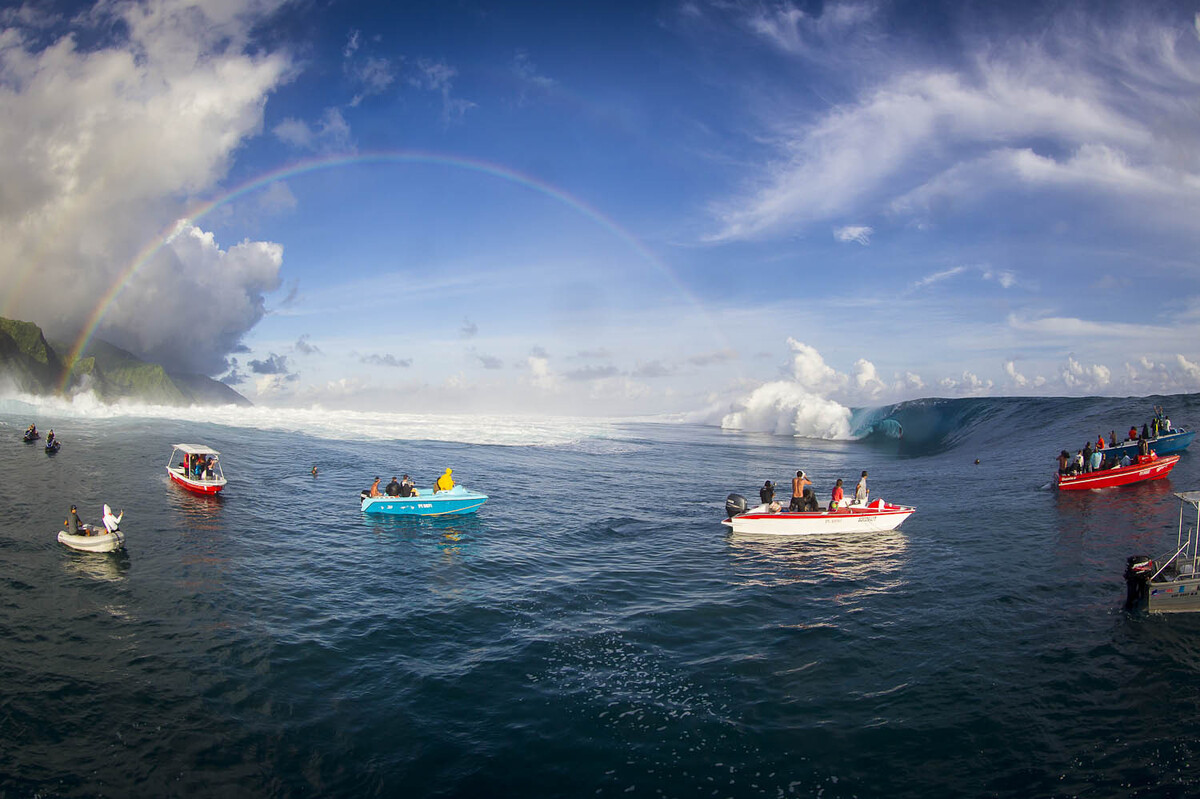 Boats line up to photograph this year's Teahupoo swell in Tahiti.

For nearly two decades, professional surfers have been flocking to Teahupoo, a small village on the southwest coast of Tahiti. The location seems obscure, but according to some, the waves there are legendary.

"It holds one of the most powerful and perfectly artistic waves in the world," writes Tahiti-based photographer Ben Thouard.

For a few years, he has been photographing an annual surfing contest that convenes there in August — and this year will be no exception. In anticipation, he has already started publishing photos to Surfer Mag.

For Thouard, the ocean came first, then photography. Born and raised in the south of France, he remembers spending every holiday and weekend on a sailboat with his father. His first encounter with waves was on a body board at age 8. After that, he says, "I could not stop thinking about waves ... I love the feeling of water moving and rolling. It's a different world underwater."

Eventually he got a camera but couldn't afford to buy underwater casing for it — a necessity if you are going to photograph in water. Fortunately, he did know about resin and fiberglass from fixing his surfboard — and so he built his own. With that he made his first trip to Hawaii, initiating a life of chasing waves around the world.

It was on a trip to Tahiti, Thouard says, that he fell in love again, this time with Teahupoo. He says it's "one of the best places in the world for surfing." And even though the island can feel isolating to visitors, Thouard says being a local gives him an artistic edge: "I can make unique images because of my knowledge of the island," he says. "I know the best angles."

But even for a pro, the job is dangerous and physically demanding; it takes hours in the water to make a good image. Thouard has been grabbed by waves and mercilessly thrust against reefs acquiring what locals call a "Tahitian tattoo." But for him it's all part of the challenge. After all, it's not just a job — it's a way of life.

Later this summer, he will be photographing the pro surfers as they wrestle Teahupoo's epic waves for a championship title. In the meantime, there is no shortage of photogenic material for him to work with in Tahiti. Until this summer's contest, you can see more photographs — like the ones included here from past competitions — on his website.