Accessibility links
Wayne Miller, Photographer Who Captured Black Chicago, Dies : The Picture Show The Chicago native was renowned for a trailblazing series of postwar portraits of black Americans in Chicago and for co-curating the groundbreaking international photo exhibit "The Family of Man."

Pioneering photographer Wayne Miller, who captured some of the first images of the destruction of Hiroshima, died this week at the age of 94. The Chicago native was renowned for a trailblazing series of postwar portraits of black Americans in Chicago and for co-curating the groundbreaking international photo exhibition "The Family of Man." 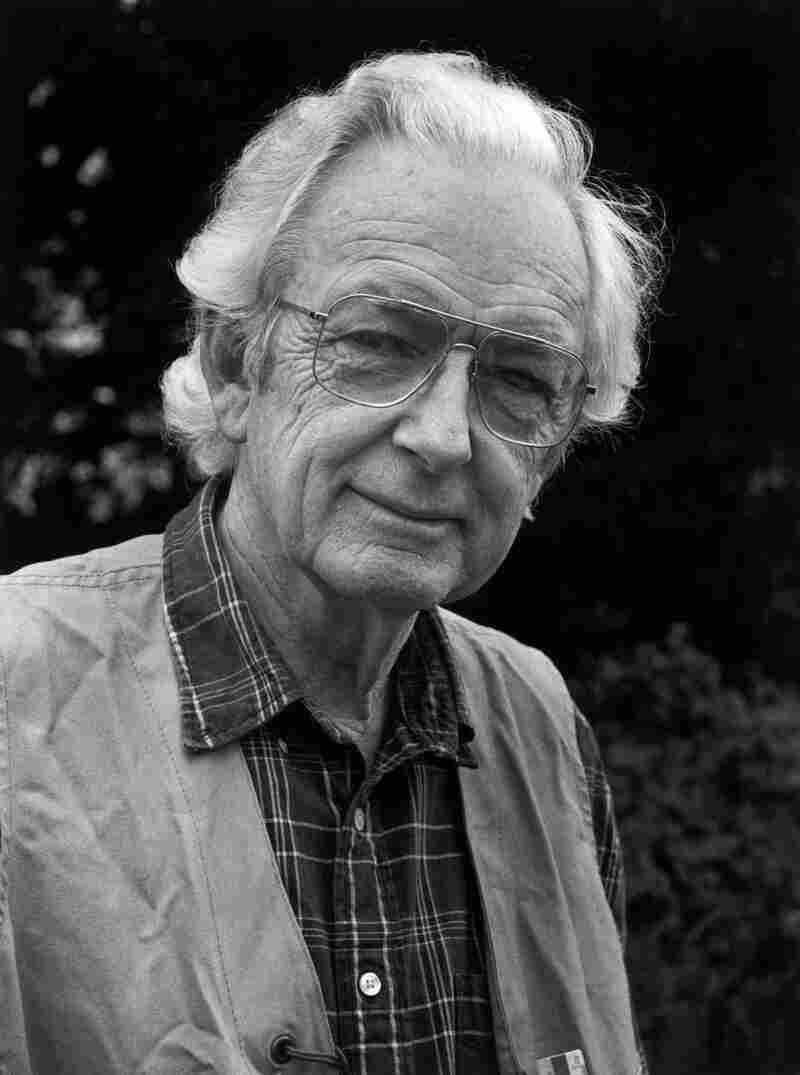 An undated portrait of Miller, provided by his family Joan B. Miller/AP hide caption

"I believe a level of intimacy has been lost," says Paul Berlanga, director of Chicago's Stephen Daiter Gallery, which has mounted an exhibition in memory of Miller.

Wayne Miller was born in Chicago in 1918. He studied banking and worked only part-time as a photographer, but during World War II, he became a member of Edward Steichen's U.S. Navy Combat Photo Unit.

One of his best-known wartime photos shows a wounded pilot being pulled from a fighter plane after it was shot down. Miller had been scheduled to be aboard the plane, according to his granddaughter Inga Miller, and the photographer who took his place was killed.

Berlanga says he was stuck by the humanism and respect in Miller's post-war images of black Americans on Chicago's South Side, documenting the changes in the city as thousands of blacks migrated there from the South. Berlanga says Miller wanted to bring black and white races together, and to introduce black Chicago to the rest of the nation.

"Wayne captured a middle class," Berlanga says, "a thriving class, a bustling almost self-contained community that came as a surprise to a lot of viewers."

Berlanga says his favorite Miller photo from that period is the 1946 photo, "Watching Dunbar vs. Phillips high school football game."

Head over to Magnum Photos to see many, many more photos by Wayne Miller.

"Wayne caught individuals and allowed those to become documentary photographs in a way I had not seen before," Berlanga says.

During the 1950s, Miller worked with Steichen on the Museum of Modern Art exhibition "The Family of Man," which featured hundreds of portraits by photographers all over the world. A book based on the show sold more than 4 million copies. One of Miller's images from the exhibition, a photo of his son, David, being delivered by his grandfather, was included in a time capsule launched with the Voyager spacecraft in the late 1970s.

Miller was president of the Magnum Photos cooperative for six years in the 1960s. The current president, Alex Majoli, recalls Miller as a pioneer who "paved the ground for the rest of us who tried to depict the streets, the real life."

Wayne Miller once said his artistic ambition was to "photograph mankind and explain man to man."

Miller is survived by his wife, Joan; four children; nine grandchildren; and a great-grandchild.