Accessibility links
How To Draw Out Your Worst Fears : The Picture Show One artist pushed past a creative block by talking candidly about people's deepest fears.

How To Draw Out Your Worst Fears

How To Draw Out Your Worst Fears

A few years ago, Julie Elman, an associate professor at Ohio University, was stuck in a creative rut. As a design educator and illustrator, most of her work was done on the computer. She wanted to begin a tangible project — remember those? — but didn't really know where to start.

Then she realized there was one emotion she was strangely preoccupied with: fear. "I thought fears would go away as we get older," she remembers thinking. "I'm in my 50s. Why do I still have fears?"

And that is how The Fear Project was born.

The idea is simple: She asks people about their fears and then lets her illustrative mind go wild. First, though, she wanted to draw her own fears — like getting a brain aneurysm or making a complete "ass" out of herself while playing the dulcimer.

Then she began interviewing the closest people around her, gathering and visually interpreting their fears. And in committing to the project, she was in a circuitous way confronting her own creative fears.

"It helped me believe in myself," she says. "I didn't really care if people liked them or not. I promised myself I'd do something every day, work fast, not redo and publish no matter what."

Janice, 56, fears for her special-needs child after she dies. Bill, 26, has a fear of small clusters of holes. Kate, 29, is simply scared of failing.

Elman started publishing her work on Facebook and was almost immediately overwhelmed by the response. People were commiserating over shared fears and commenting on how touched they were by her interpretations. Many have even found a form of therapy in the project. 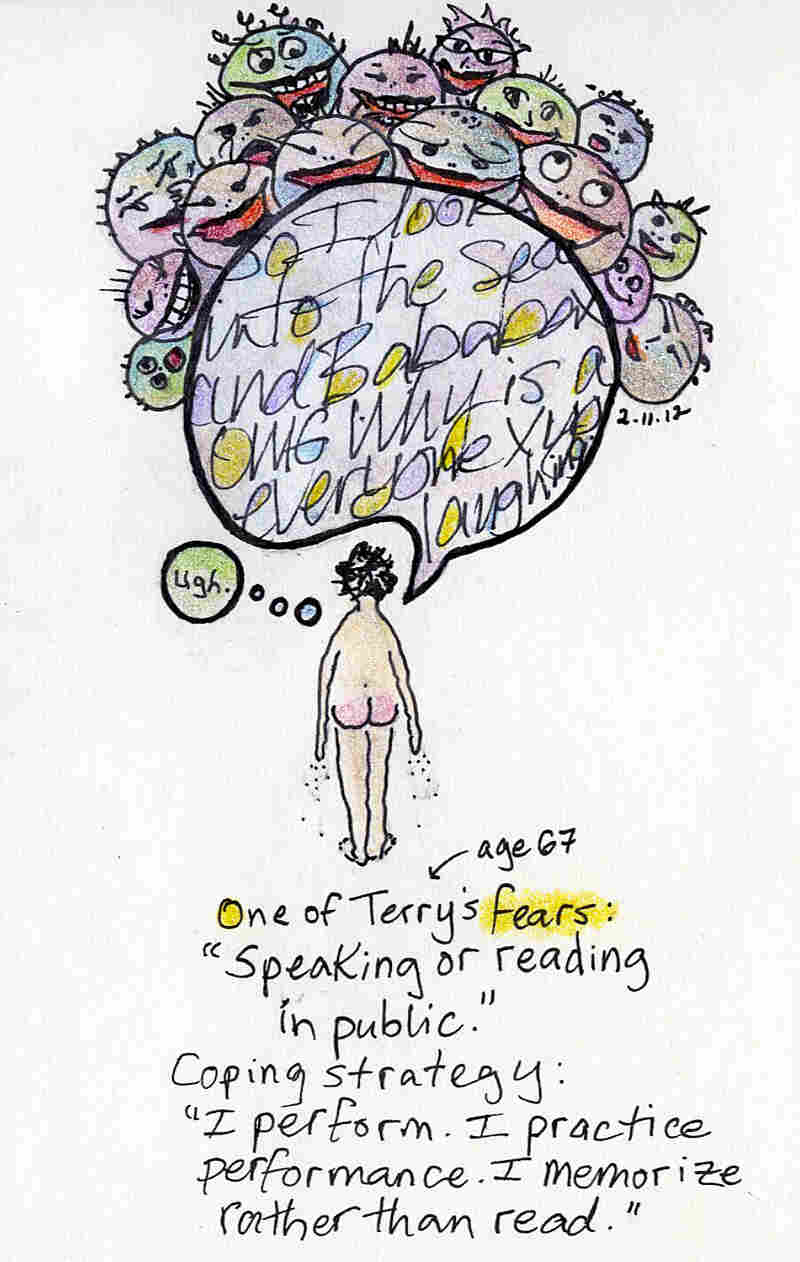 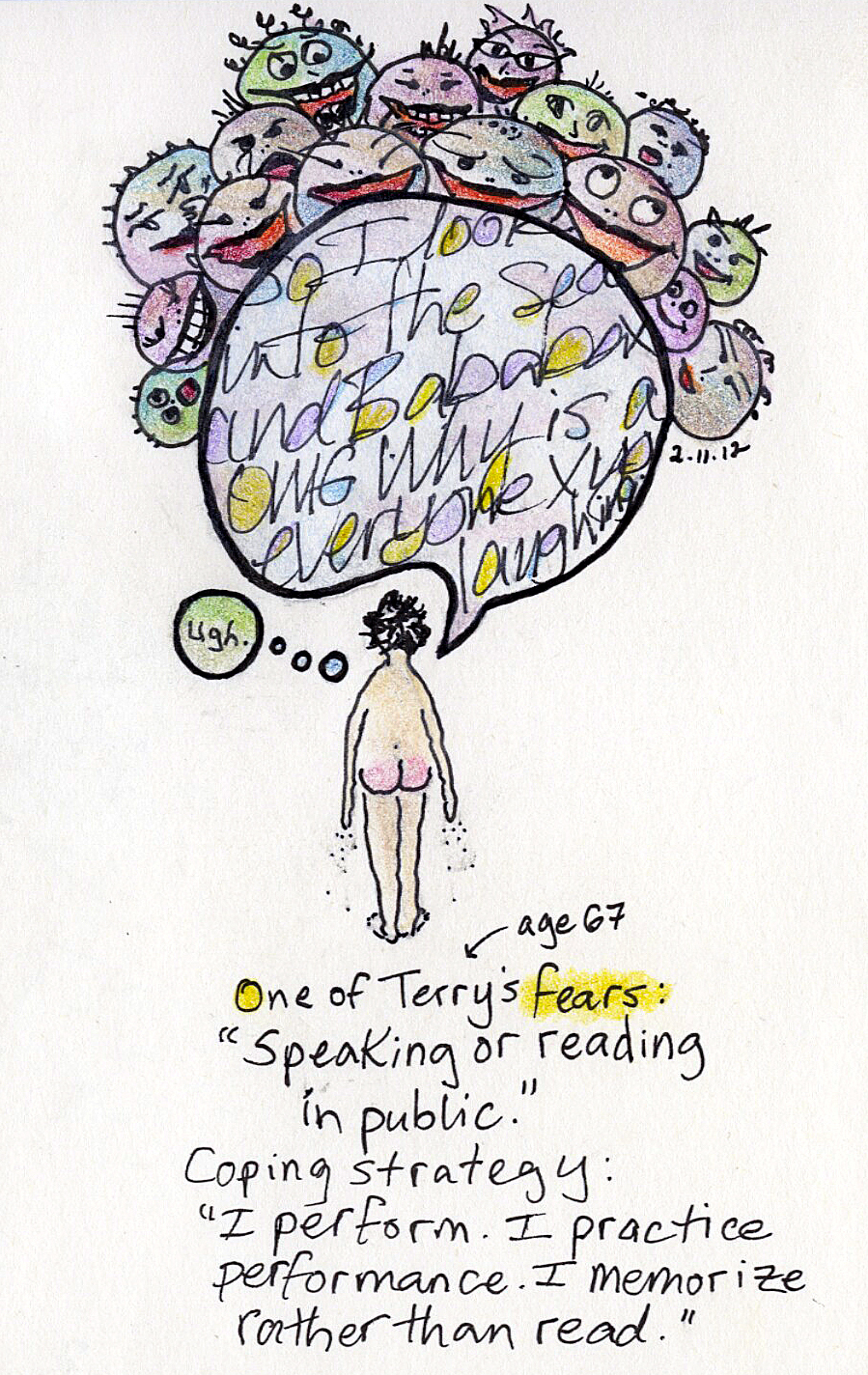 Eulberg was Elman's dulcimer instructor when he was diagnosed with thyroid cancer. Facing a potentially voice-altering surgery, he naturally feared the outcome. So Eulberg opened up to Elman, and she went to work.

"It is a unique way to honor someone's emotions," Eulberg says. When he went into surgery, he wrapped the illustration around a notebook and took it with him — almost like a talisman.

Just one month after his surgery, Eulberg says his voice has changed, but so has his outlook.

"I'm losing a few notes at the top, but maybe I'll gain a few at the bottom," he says.

Seventeen months and more than 125 illustrations later, Elman has discovered a power in the project that transcends her own creative revival:

"Fear is a big topic on how people conduct their lives, how people move forward," she says. "I'm just bringing it to the forefront visually."

As we were talking, I wondered if this project wasn't living somewhere inside Elman all along. After all, aren't most personal projects a return to what you love? She thought for a moment and said:

"In a way, it's how I started," recalling her days in junior high school when she'd ask people about their favorite colors or memories.

"And you know what I'd do," says Elman. "I would create little collages with their words, put a piece of saran wrap over it, and give it to them as a gift."

"It all feels very familiar," she says.