Accessibility links
For MacArthur 'Genius,' 'Love' Is The Essence Of Her Art : The Picture Show Visual artist Carrie Mae Weems has been celebrated for her art and activism for decades, and now she can add a MacArthur "genius" grant to her collection. In a conversation with NPR's Michel Martin, Weems discusses life, love and turning 60.

Photographer and video artist Carrie Mae Weems was having a tough day at the studio last month when she learned that she had been named a MacArthur fellow.

"My assistants weren't doing some things they were supposed to be doing. And so I'm screaming at them, and just in the middle of my rant the phone rang," she tells NPR's Michel Martin. "I sunk into my chair, put my head down on my desk, and cried and laughed for about five minutes."

Weems says a MacArthur "genius" grant — and the $625,000 no-strings-attached prize that comes with it — was the last thing she thought would happen to her.

"I'm sort of a knucklehead, and not particularly smart," she says. "I'm very humbled because it takes a lot of people to agree that somebody deserves something." 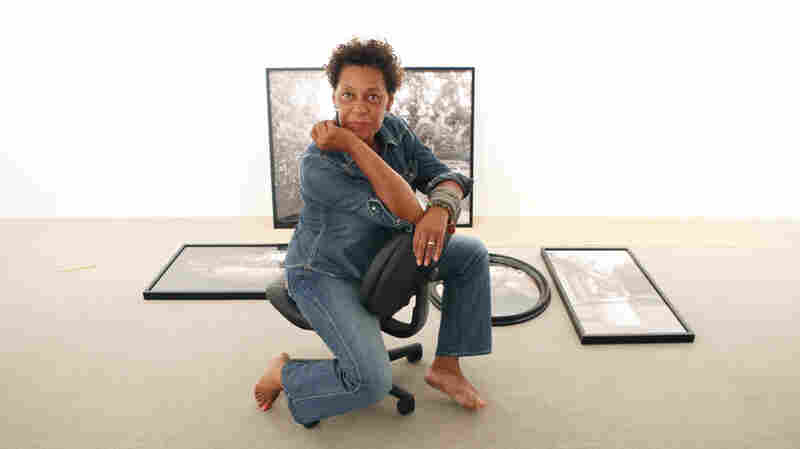 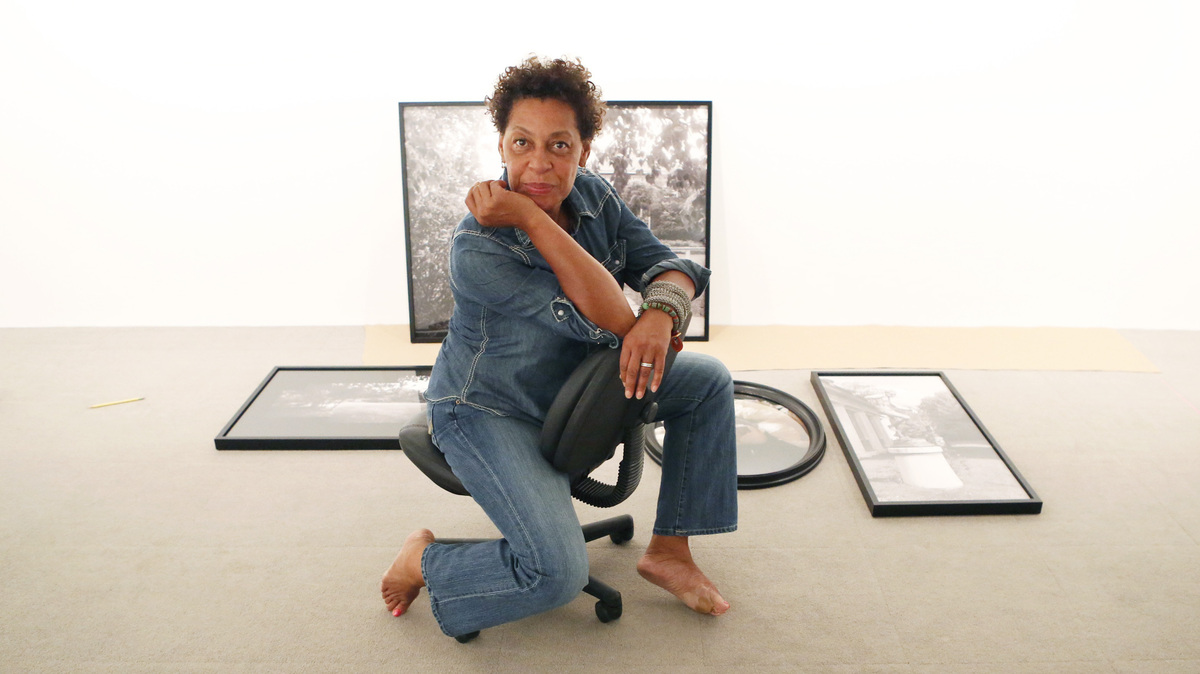 For decades, Weems has been tackling issues of race, power and gender through her art. But she says her work is really about love.

"Love, I think, is that element in the universe — that illumination that allows us to see ourselves more clearly," she explains. "It's the real essence of the work, and it comes out in these other forms. ... But these are all things that really keep us apart, right? So we focus on the thing that keeps us apart, not necessarily the thing that brings us together."

On how she does it all

I just get up early, you know, and I mean, I have a very high, very tough work ethic, and I always have. I'm from, like, a farming family, do you know what I mean? ... I think that once you realize that you're really deeply committed to things, getting them done is really not so tough. I can be tired, of course, sometimes, but getting up is not the problem.

On giving herself permission to be an "artist"

I think the older I get, the more confused I get by all of these terms. I don't know really how to define myself so much. What I do know is that I'm deeply engaged in a kind of endless search for the truth. ... It's painful, but it's also incredibly rewarding. And I think that it's maybe in the depths of that space that one might claim to be an artist ... I give my permission to work because I know that the work matters, and whether I call it art or not really doesn't matter so much to me.

It's important for you to do your work, and to know what that means, and to engage it seriously. But we do absolutely nothing on this earth by ourselves, and there are many, many people all around you, surrounding you, who care about what you do and how you do it. And that is the grace of the world around you that needs to be acknowledged, and thanked, and understood in the most profound way.