A Mother Inspires, A Daughter Aspires

Emma Moore turned 5 this year. To mark the occasion, Jaime Moore, her mother and a professional photographer, snapped portraits of her in dress-up clothes.

But she wasn't dressed like a Disney princess. Moore dressed her daughter as real women — strong women, including Susan B. Anthony, Jane Goodall and Helen Keller.

Moore re-created photographs of the famous women, encouraging Emma to mimic their poses — down to the very expressions on their faces.

"I'd been searching everywhere for new creative inspiration" for her daughter's fifth-year portrait, Moore says. "No matter where I looked, so many ideas were the how-tos of how to dress your little girl just like a Disney princess. Don't get me wrong, I love Disney princesses, but they're just characters, a writer's tale of a princess, and it really got me thinking about the real women for our girls to look up to." 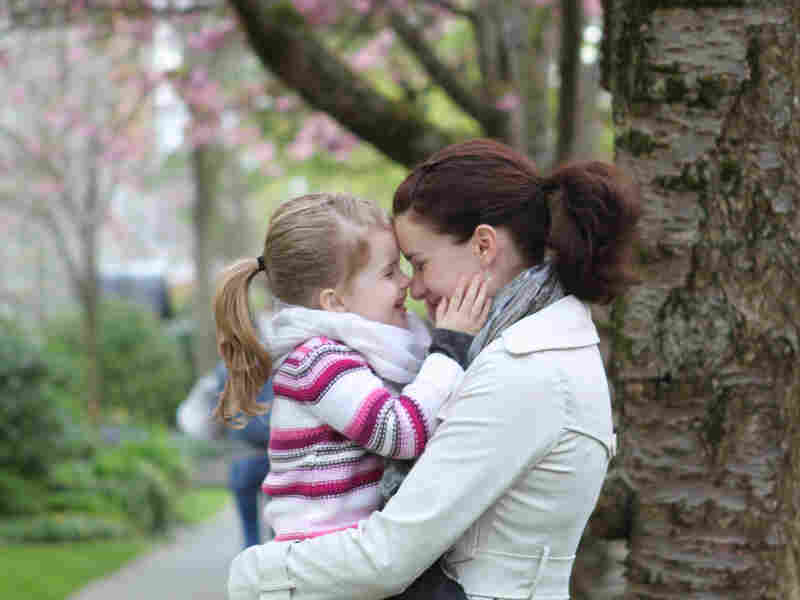 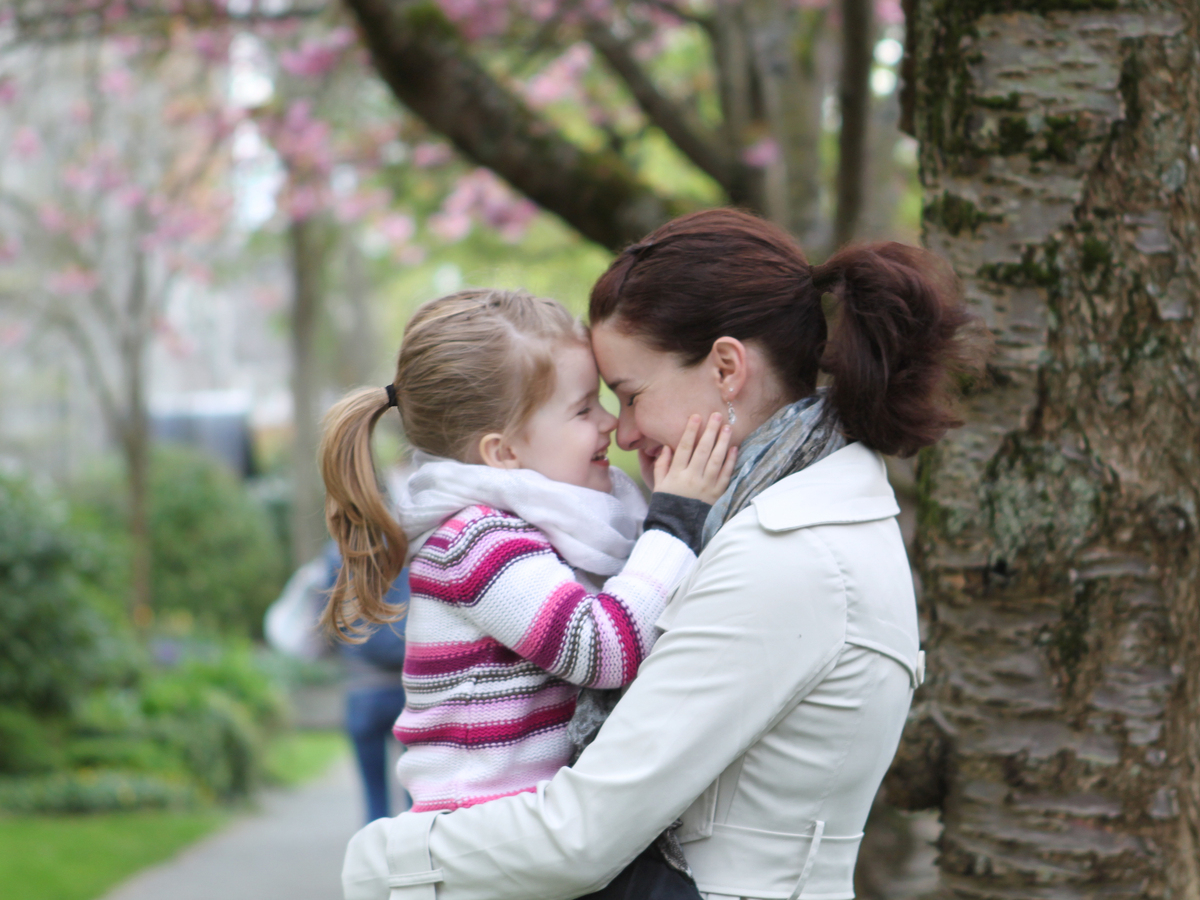 Jaime Moore with her daughter, Emma.

One goal was to get her daughter wondering about these women and what they achieved. They picked out the costume pieces together, and Moore told Emma all about each one.

"She was very engaged in it, which is great for a 5-year-old," Moore says.

"I took the shot while we were cheering, 'Emma, you just flew a plane by yourself over the ocean!' In her eyes, I just see so much pride and confidence."

Moore says 5 is a fun year for Emma, who is starting to think for herself and form her own opinions about the world. For Halloween, Emma chose to be a combination of Queen Elizabeth and Merida — her favorite Disney princess — from the movie Brave.

During the shoot, Emma was shocked to learn that no woman had yet been elected president of the United States. So she and her mom decided that for her final portrait, she'd dress as herself — as president, a role model of the future. 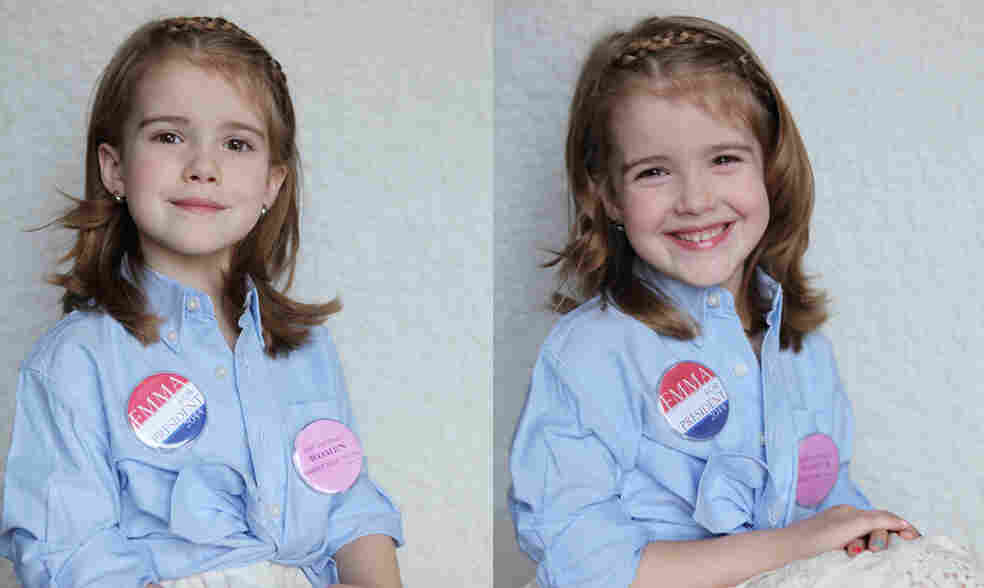 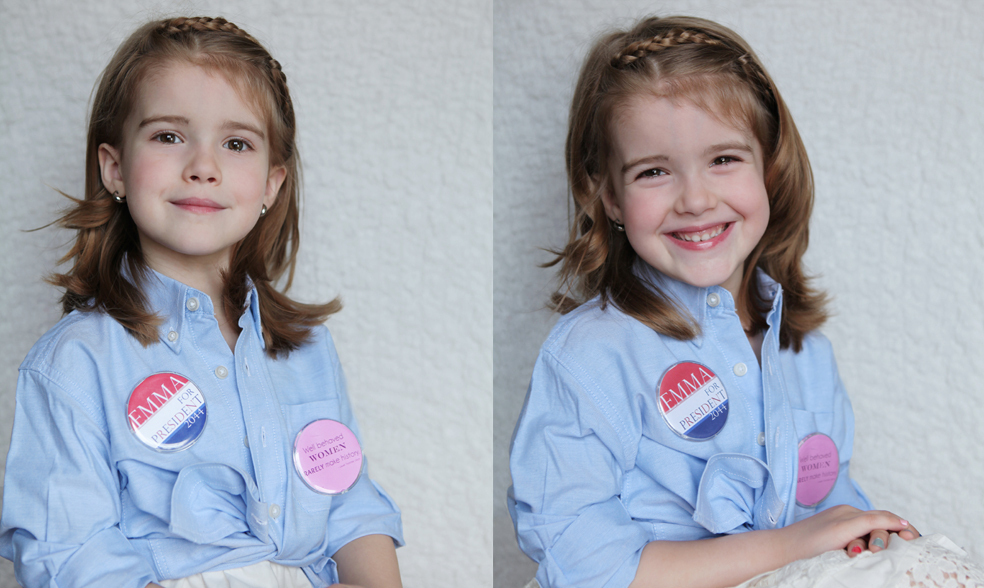