The View From The Largest Window In Space

The View From The Largest Window In Space 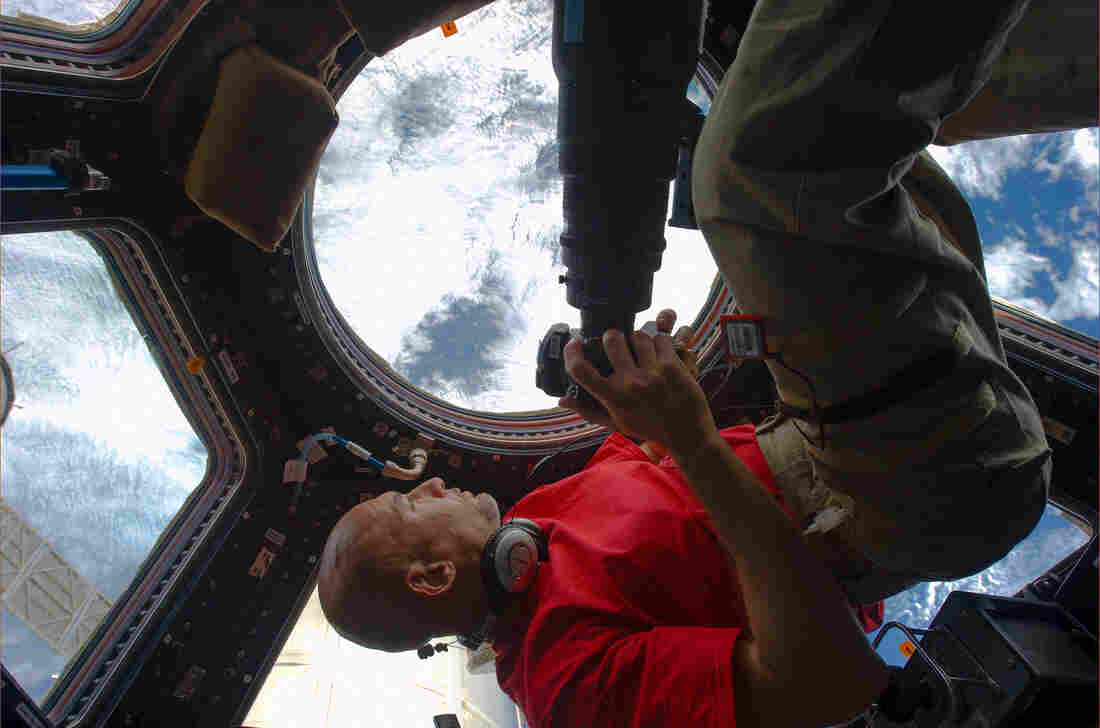 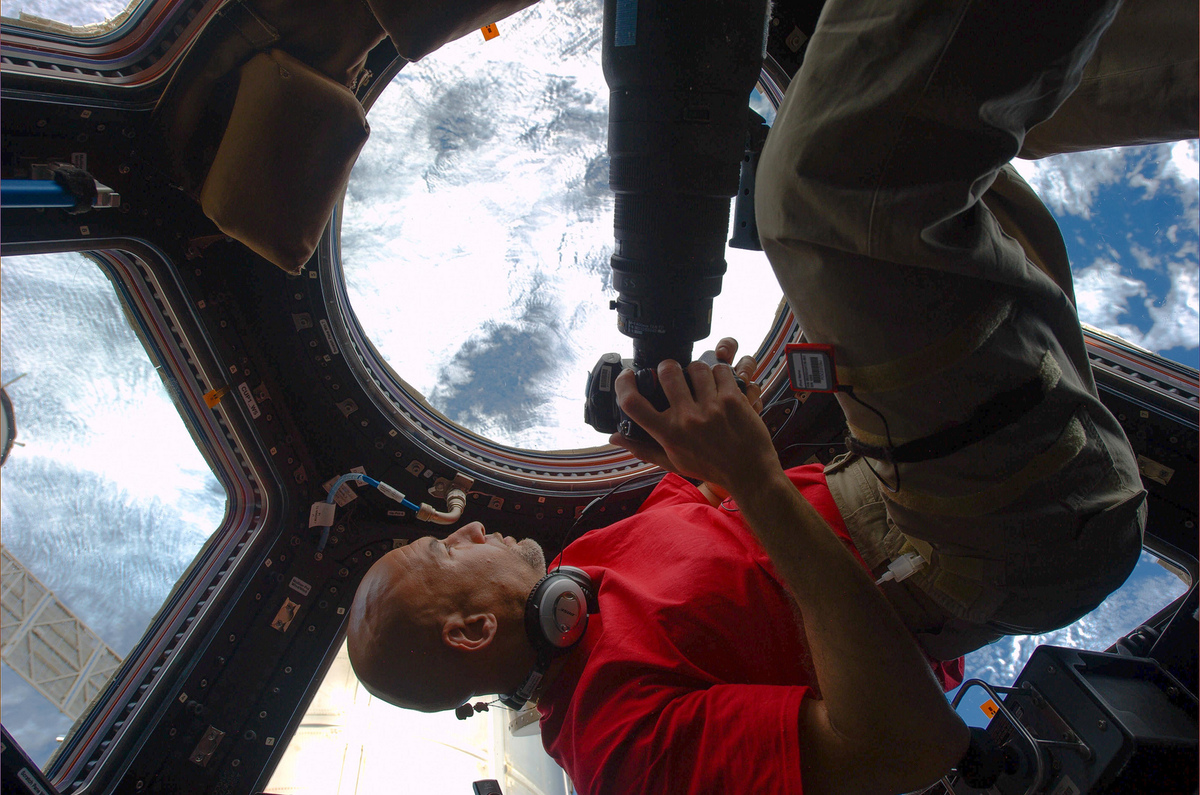 More than 230 miles above Earth, aboard the International Space Station, is a seven-window observatory module called the Cupola. It's a relatively new addition to the ISS, which made its debut just three years ago, and it happens to be the largest window in space.

He wasn't always a photographer, he explains via email (which, I was surprised to learn, is synced up to the space station about four times a day).

"I would rather look with my own eyes ... than look through a lens." 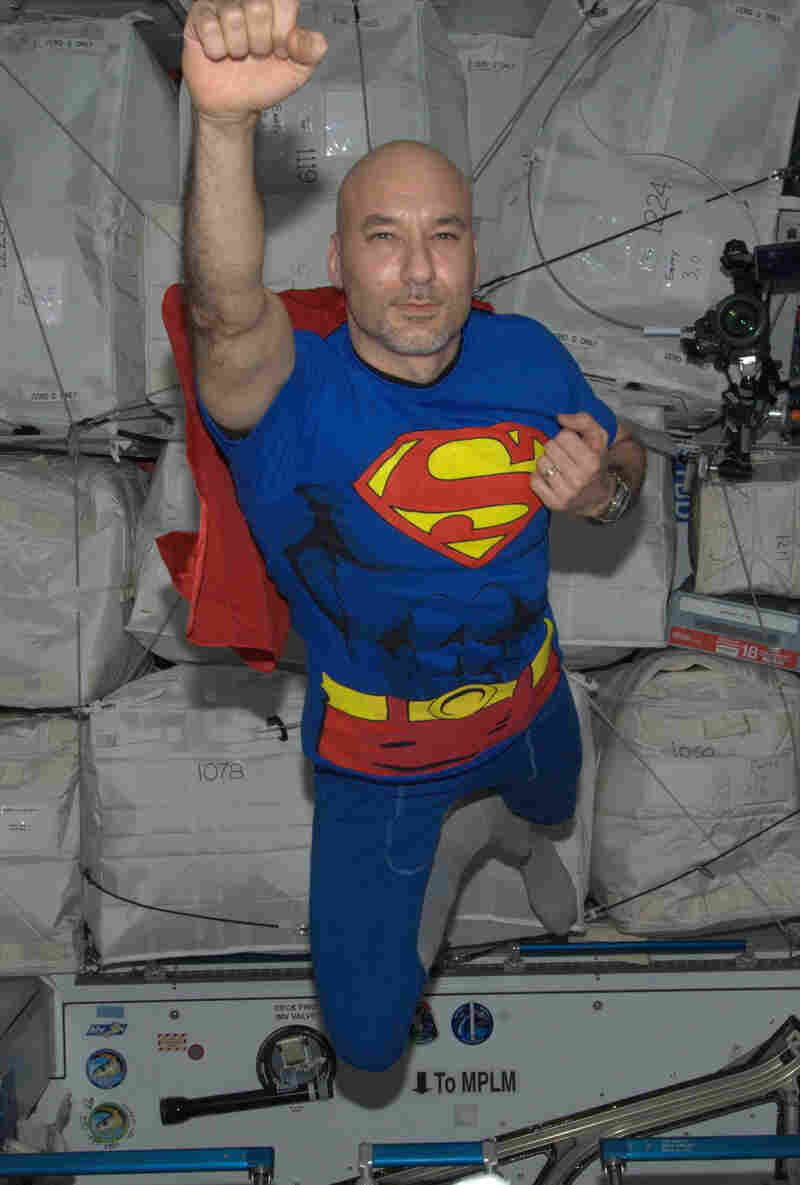 But, he says, "being here on the ISS is such a privilege. I feel compelled to share what I see and feel."

Parmitano is a flight engineer aboard the space station. He has been sharing his photos directly through social media since May, when he first docked at the station with two other crew members: NASA astronaut Karen Nyberg and Russian cosmonaut Fyodor Yurchikhin.

From the cupola, Parmitano photographs the abstract patterns of the planet below: remnants of a meteor impact crater in Africa; threads of wild green rivers in the Andes; and calculated intersections of a North American city. "Like synapses," the caption reads on a photograph of Central Europe at night.

Of all the things he's photographed, Parmitano says the most surprising thing he's seen is a rare weather phenomenon called noctilucent clouds.

"They look incredibly ethereal and fragile," he writes. "Pictures only convey a dim view of their beauty."

And if you've ever wondered what routine space station maintenance looks like, or what it's like to eat dinner in zero gravity, he also shares images of everyday life at the space station.

The European Space Agency curates a Flickr stream of these visual dispatches. It flows like a photo journal.

Parmitano says his goal in photographing is twofold: He wants viewers to get a better idea of what the space program does. The other is a bit loftier:

"I wish that through these pictures people could realize our planet is unique in its beauty and fragility," he writes, "that it is our only home, and it is for us to keep healthy, preserve and share — not only with other humans, but with all the innumerable species that inhabit it."

Parmitano and the others on this mission will return from the ISS on Nov. 10.