Accessibility links
Photo: Where Cars Go After A Flood : The Picture Show After Superstorm Sandy, tens of thousands of cars and trucks were lined up in neat rows on a runway in New York.

In the days, weeks and months after Superstorm Sandy, we editors got used to seeing lots of similar types of images of devastation, destruction and loss. Beaches. Houses. Taxis. Roller coasters.

But an intriguing thing happened on an image search today: I came across a set of photos I'd never seen before. Tucked away on the far end of Long Island, about 70 miles east of New York City, is the Calverton Executive Airpark.

It's where tens of thousands of vehicles damaged by Superstorm Sandy were lined up in neat rows at the beginning of the year. 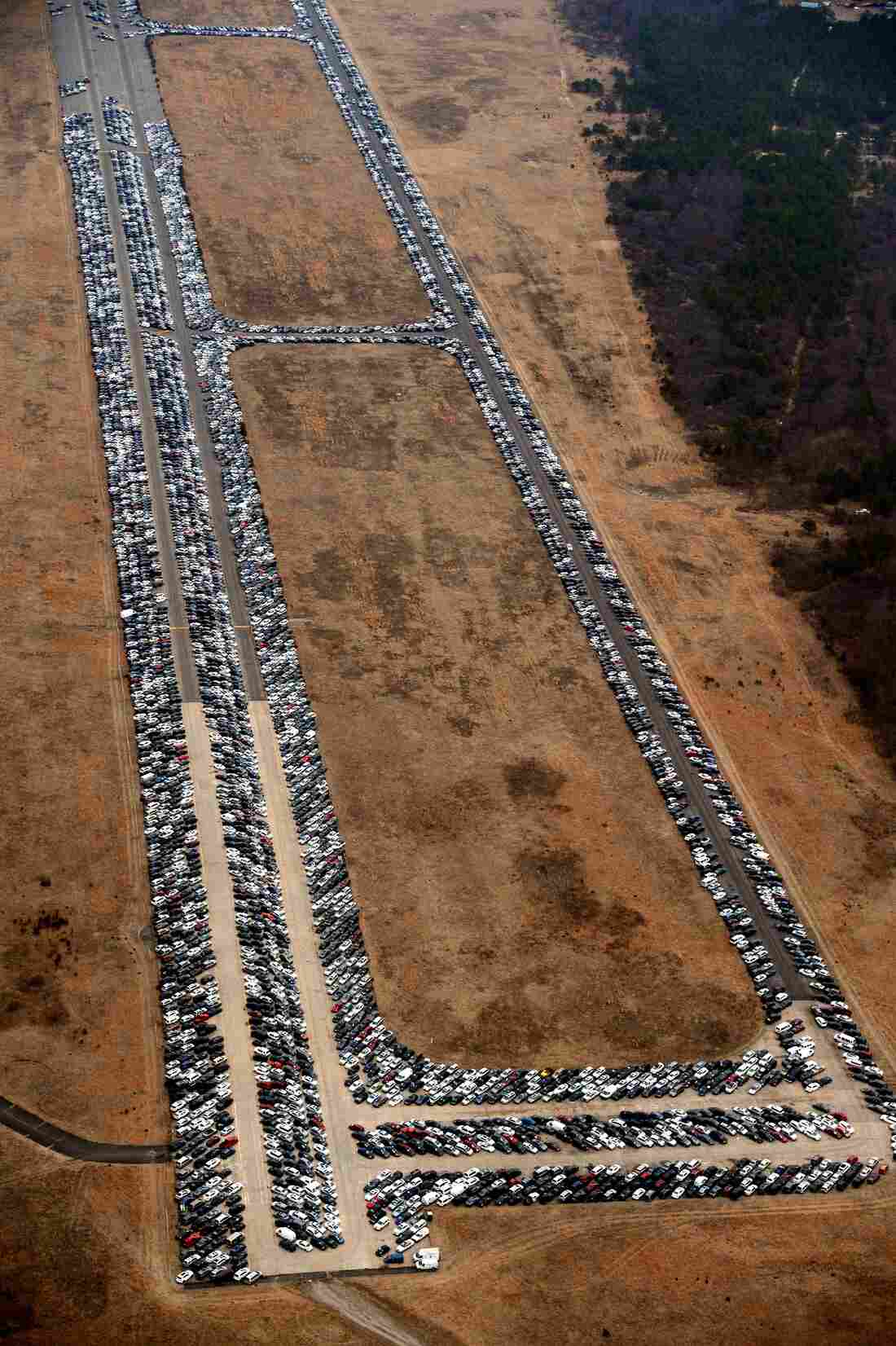 Insurance Auto Auctions, I learned, is a salvage company that specializes in vehicles that are in really bad shape. It secured the airport to temporarily hold the damaged cars and trucks deemed a total loss by insurance companies. The vehicles were then auctioned off online or junked.

Eric Consorte, with the company, said it dealt with more than 50,000 cars from all over New York after Sandy, and many of them ended up here. But all the cars are gone now. Consorte says the runway has been clear of cars for at least six months.