Accessibility links
Reframing The Masculinity And Mythology Of The American West : The Picture Show In her new book Manifest, photographer Kristine Potter subverts the male gaze that has shaped the typical narrative of the American West.

Reframing The Masculinity And Mythology Of The American West

Reframing The Masculinity And Mythology Of The American West 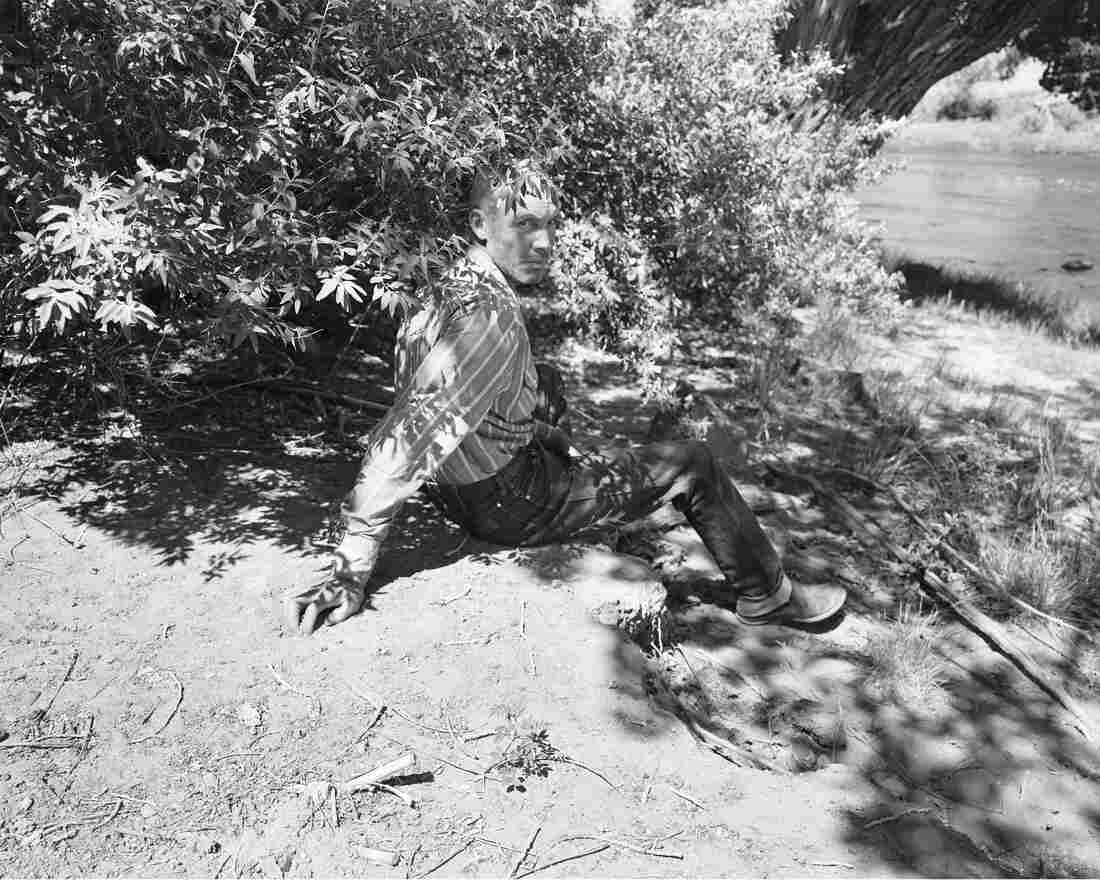 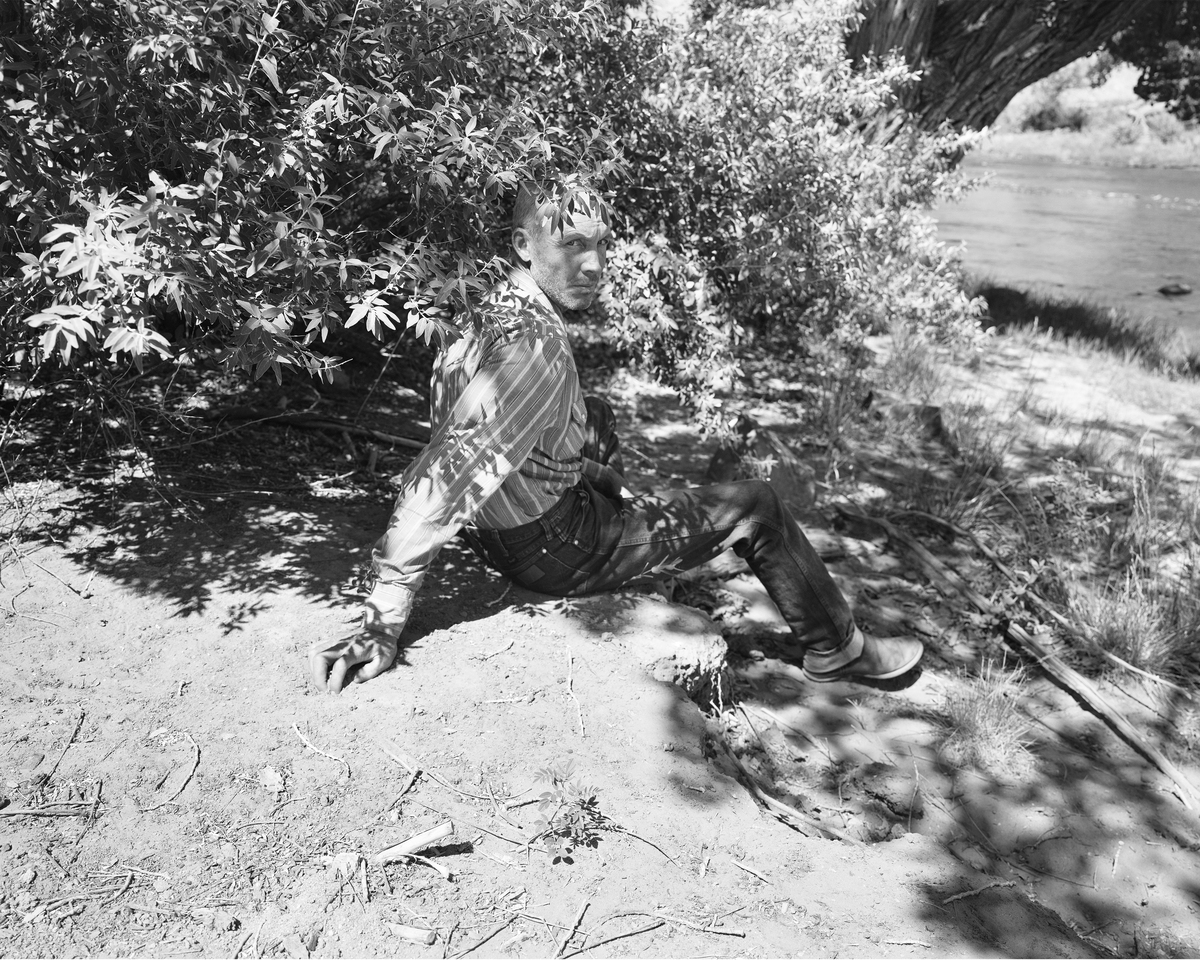 In her new book Manifest, photographer Kristine Potter subverts the male gaze that has shaped the typical narrative of the American West.

While artists and inventors were experimenting with cameras and film, pioneers were exploring uncharted territory in the American West. As a result, photography helped shape romanticized notions of the landscape and what it promised. There was this rationalization that if images could capture this wild place, so could men. Manifest is Kristine Potter's new monograph, which TBW Books published. The title references manifest destiny, the idea that settlers had a moral, God-given right to take control of the continent.

"It was about looking with a new lens, a new gaze," Potter said. "It's not so much about what could be, the way 'destiny' implies some sort of future, some kind of dreaming of the future. It was really about what's there."

So she left "destiny" out of the title.

Continuing her previous explorations of masculinity, with Manifest, she rethinks the American symbol of the cowboy and the aura of his home on the range. The contemporary pioneers we meet in the photographs live off the land too, working in farming, mining and ranching.

However, their masculinity doesn't just come from a stoic strength like the cowboy archetype. Potter set out to show that masculinity exists on a spectrum.

"You have this idea of what the coal miner looks like or what the job requires and, of course, people are fuller than what they're allowed to be seen as," she said. "Let's look at and appreciate that fullness."

She became friends with some of the men, and others she met just once. Being out there in the Western Slope of Colorado alone with someone cultivates a kind of trust and openness that allows these pictures to happen, she said. 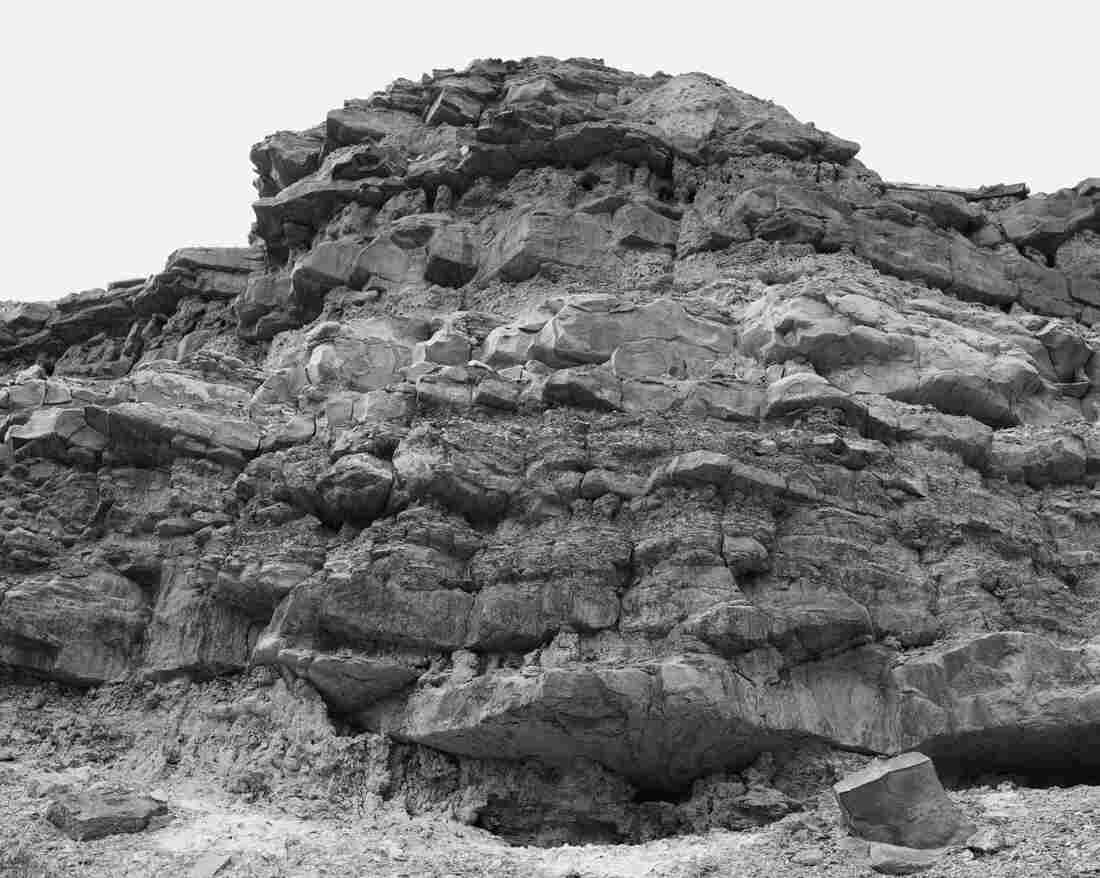 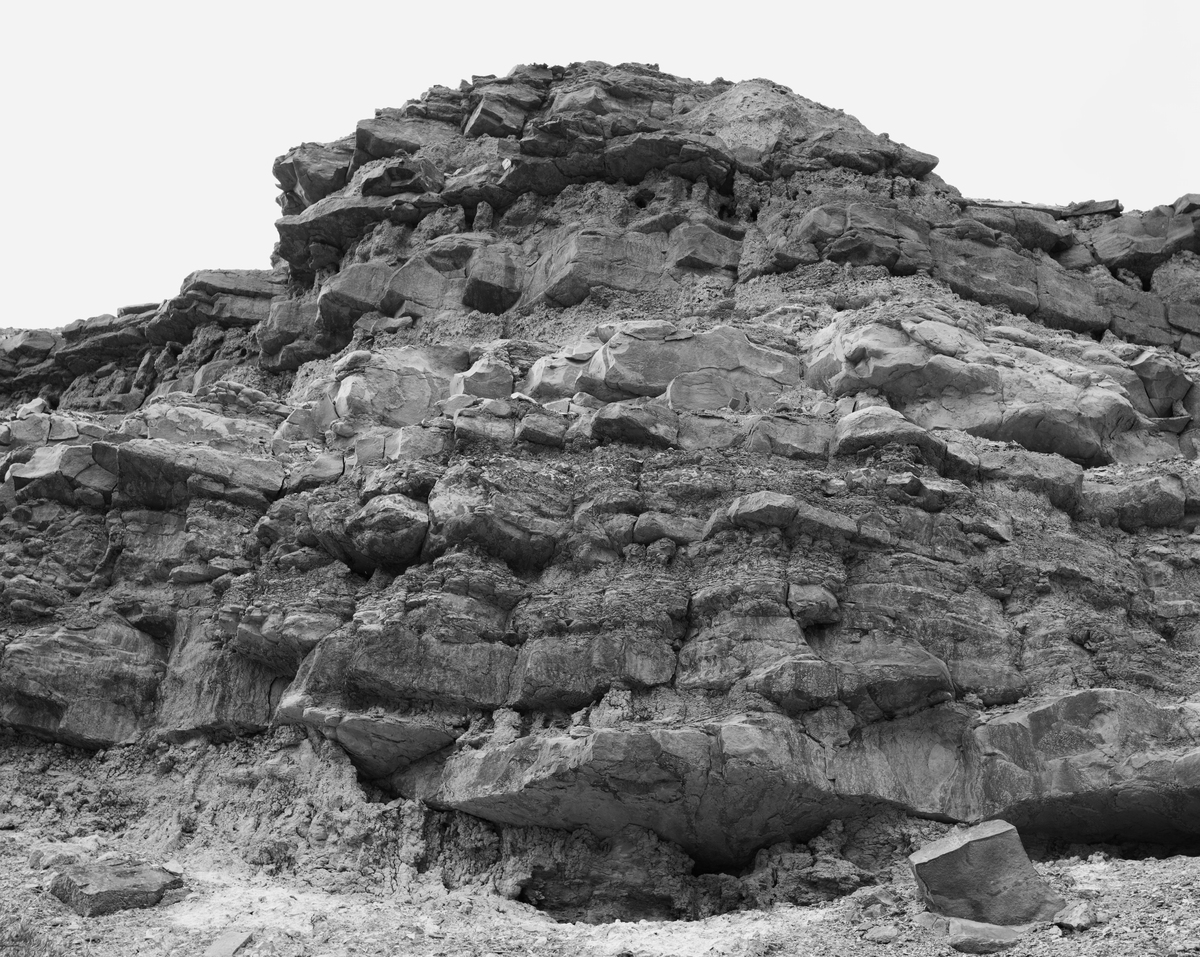 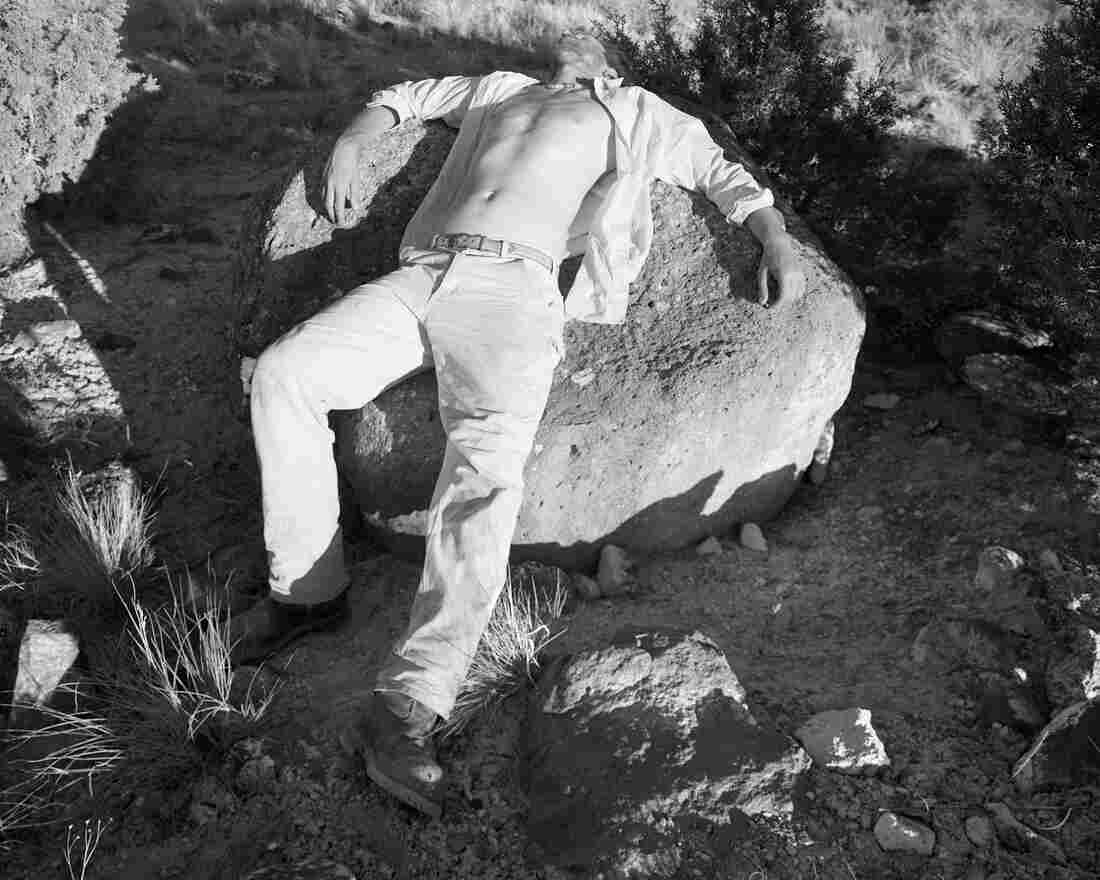 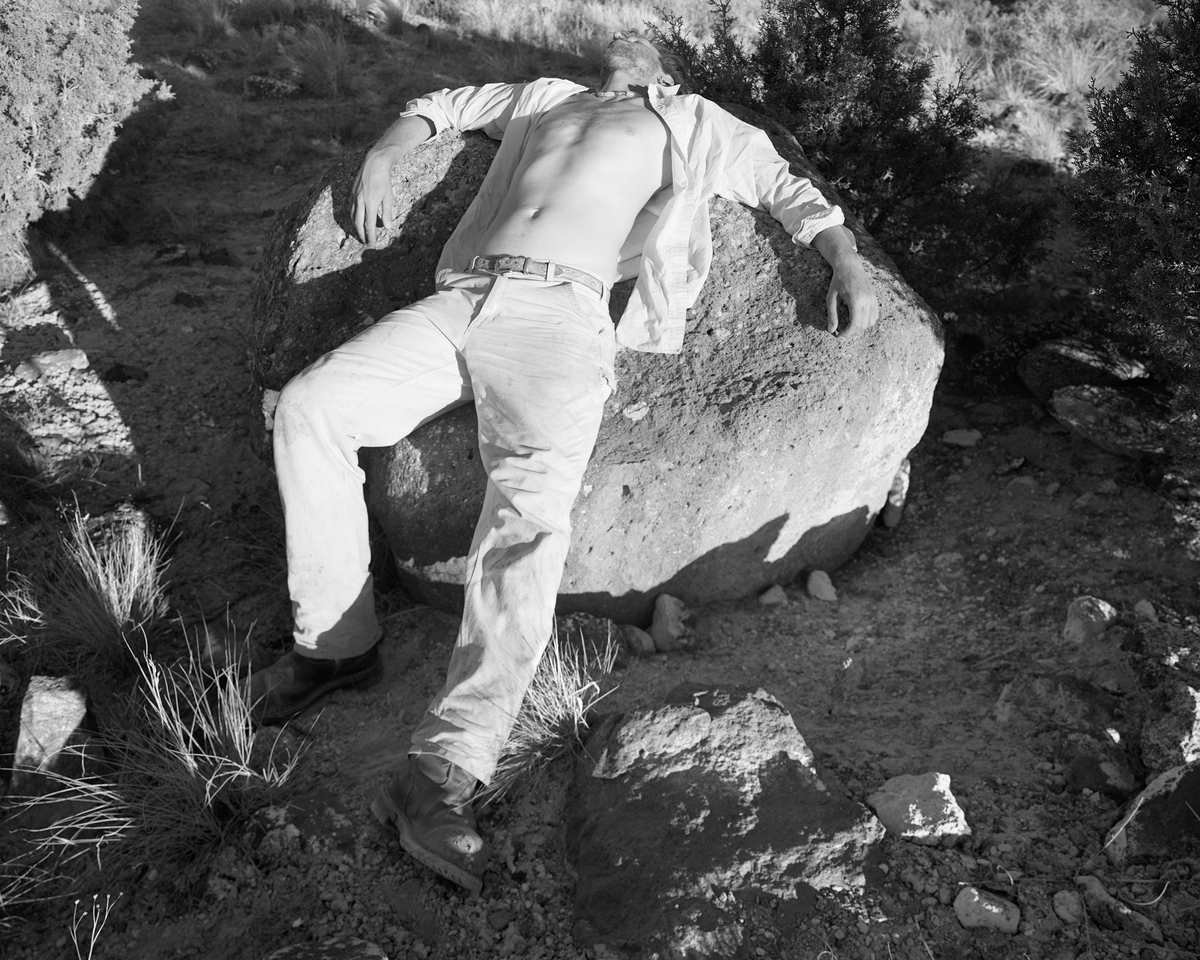 And like the men, she shows us the landscape from a different perspective.

Early landscapes of the West are formulaic, she said, "a vista view that serves as a repository for the American dream." Instead, she wanted to make photographs that were not just beautiful but pushed back against you.

"I found the landscape to be quite disorienting," Potter said. "The heat, the altitude, the ruggedness."

The first image in the book is a man lying on his back, spread out around a rock. It's open and inviting. From there, the relationship between body and land begins to change. Potter subverts the narrative of a lone cowboy riding through ample land with images of isolated men subject to the intense terrain. 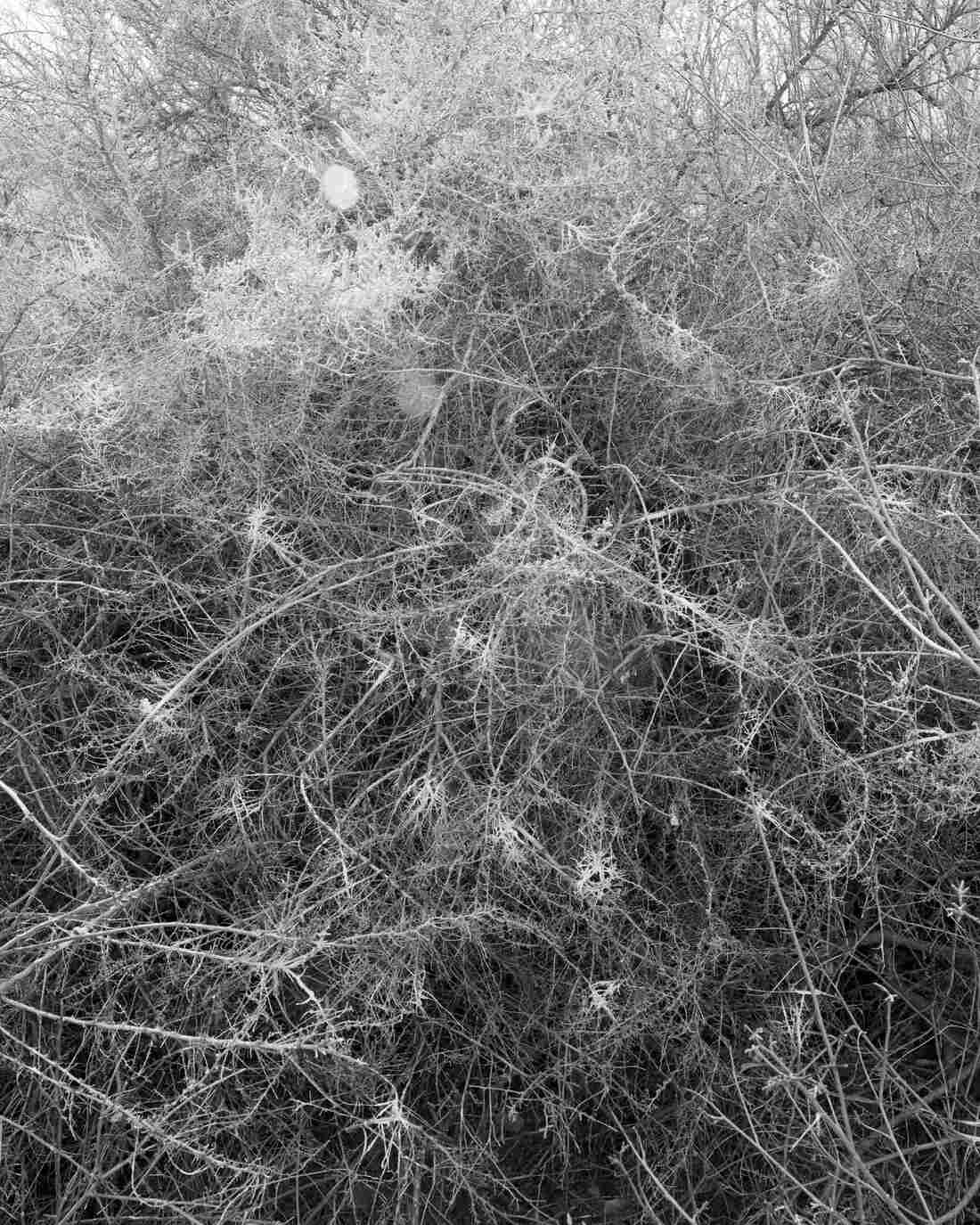 Potter shows us the landscape from a different perspective. Kristine Potter hide caption 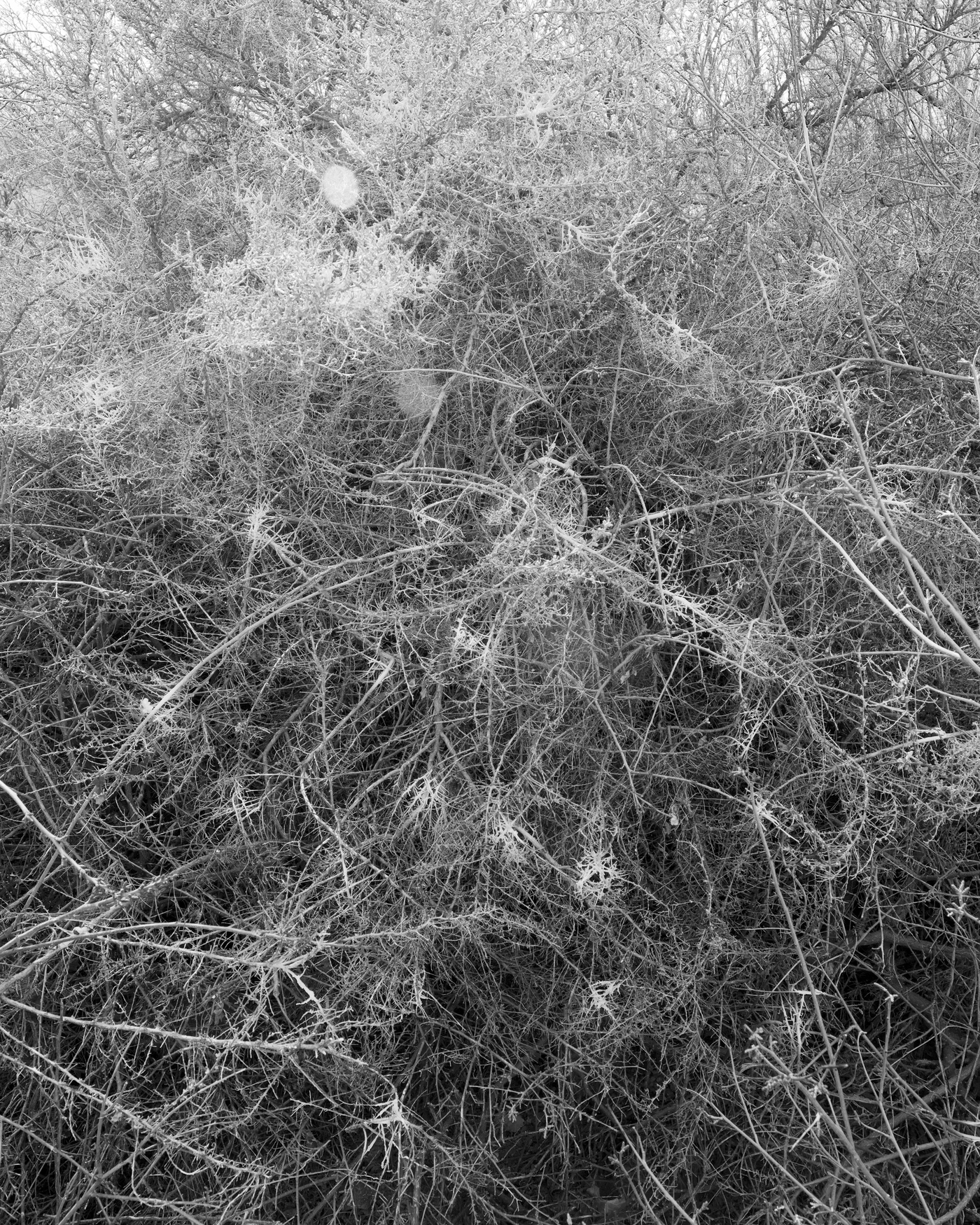 Potter shows us the landscape from a different perspective. 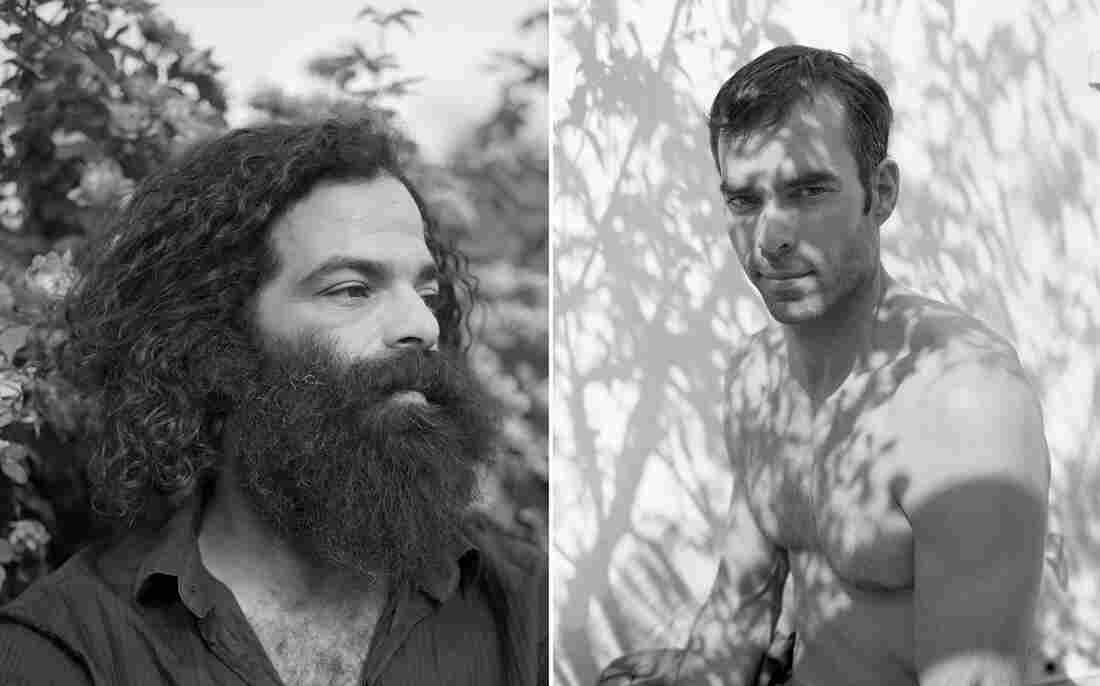 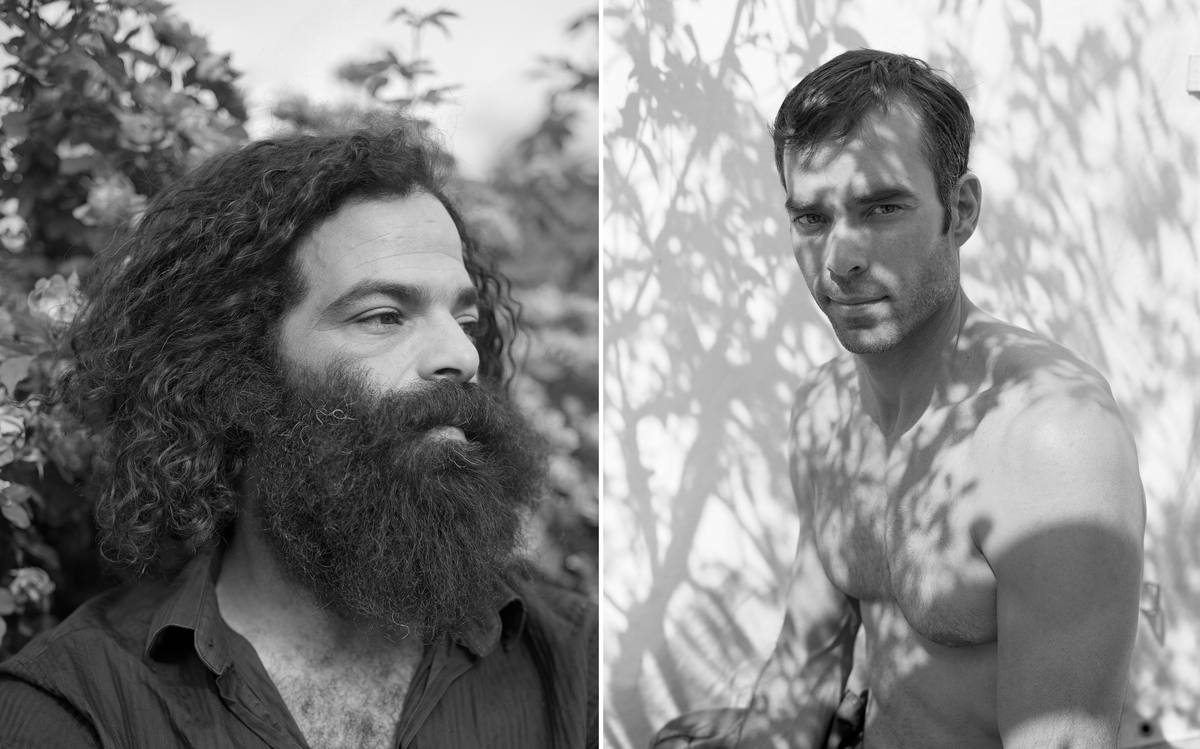 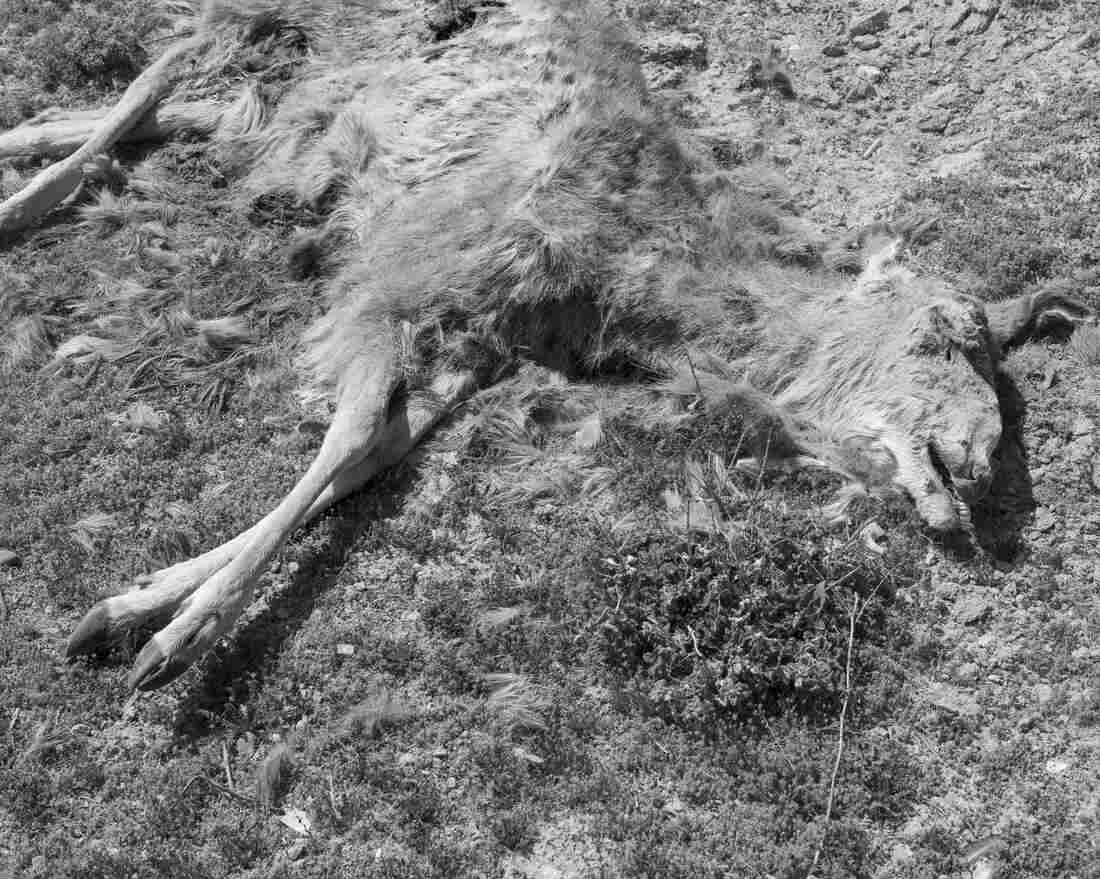 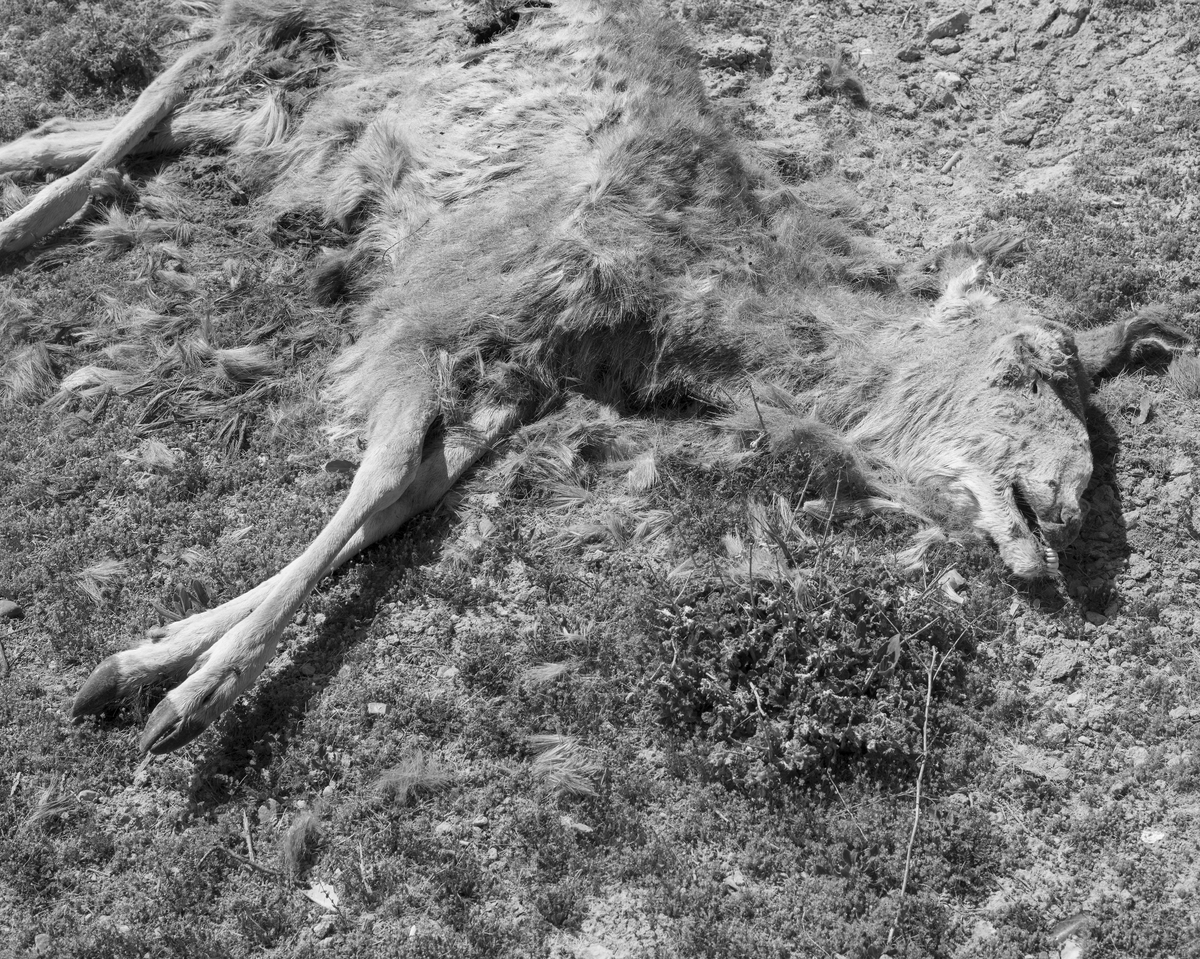 One source of inspiration: Her ancestors helped romanticize the exploits of the good guys and bad guys of the frontier. Though she grew up in a military family that's "from everywhere and nowhere," her great-great-grandparents were traveling sharpshooters who performed with Buffalo Bill and had their own show too. She inherited ephemera from them, much of it newspaper advertisements, which have always fascinated her.

"The language that was used at the time really described the landscape as something to be dominated," Potter said. Nature was "wild" and "virgin," needing to be "penetrated" and "controlled."

"The fact that it's so remote proves that's not true," Potter added.

She began the project in 2012, looking mostly to make portraits of men. But the region is so lonely. Days would go by before she met someone to photograph. "The land was no longer just a means to get somewhere," she said. "It became part of the process." 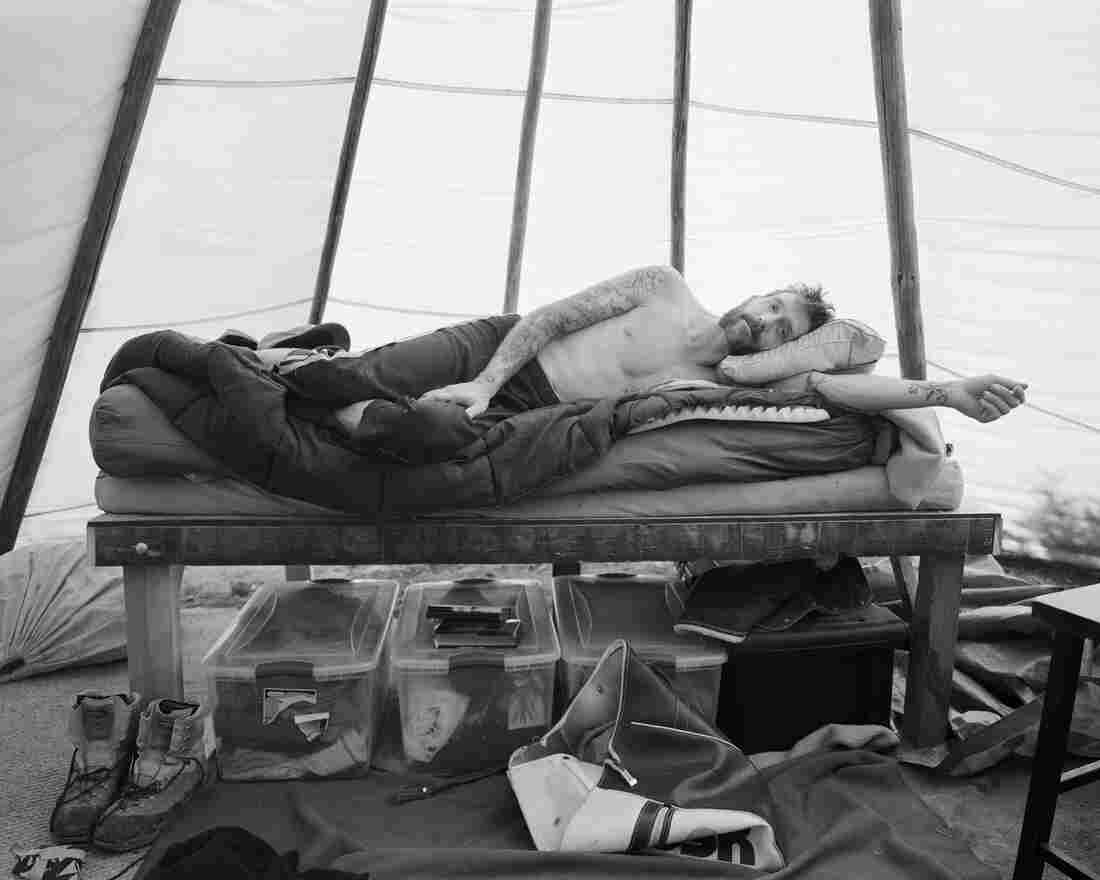 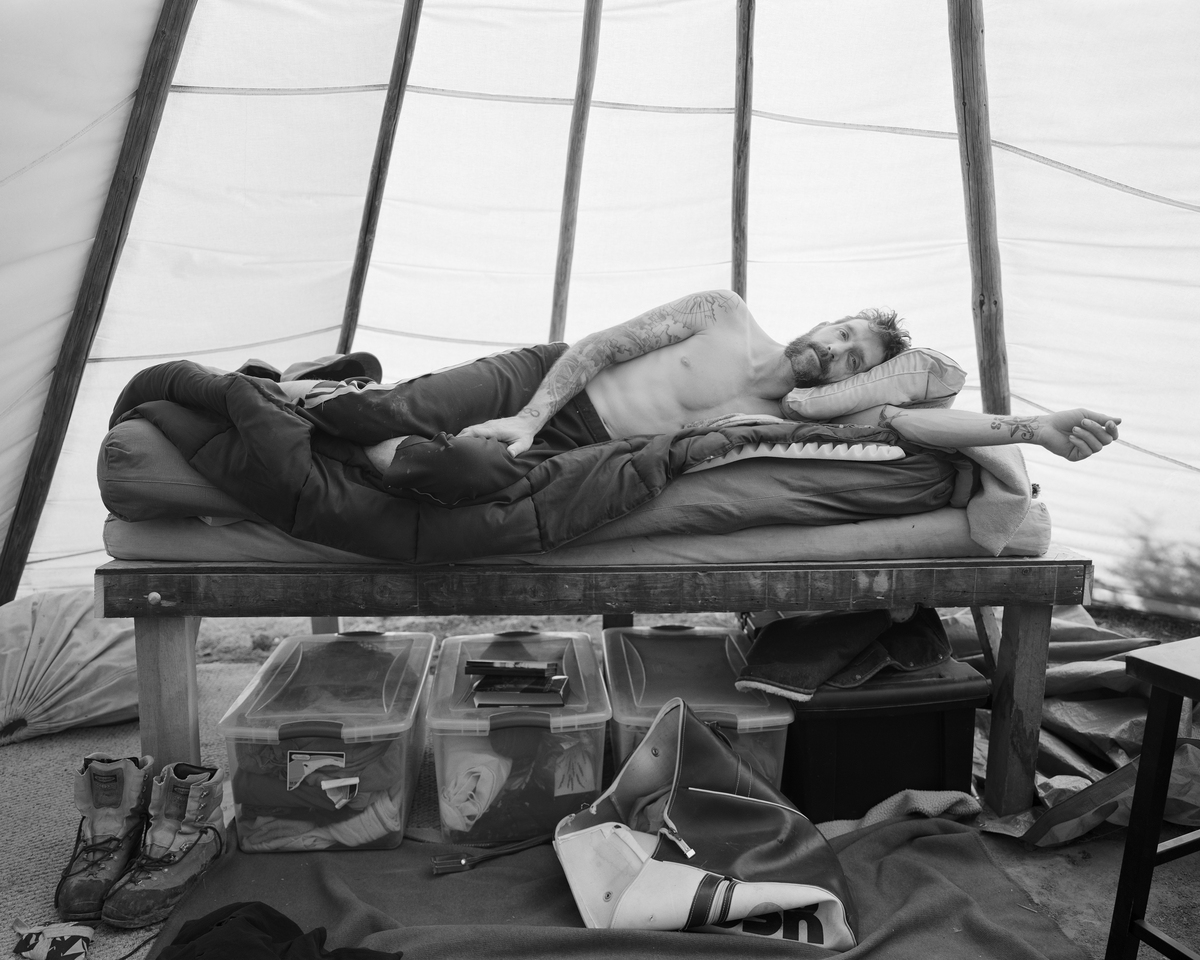 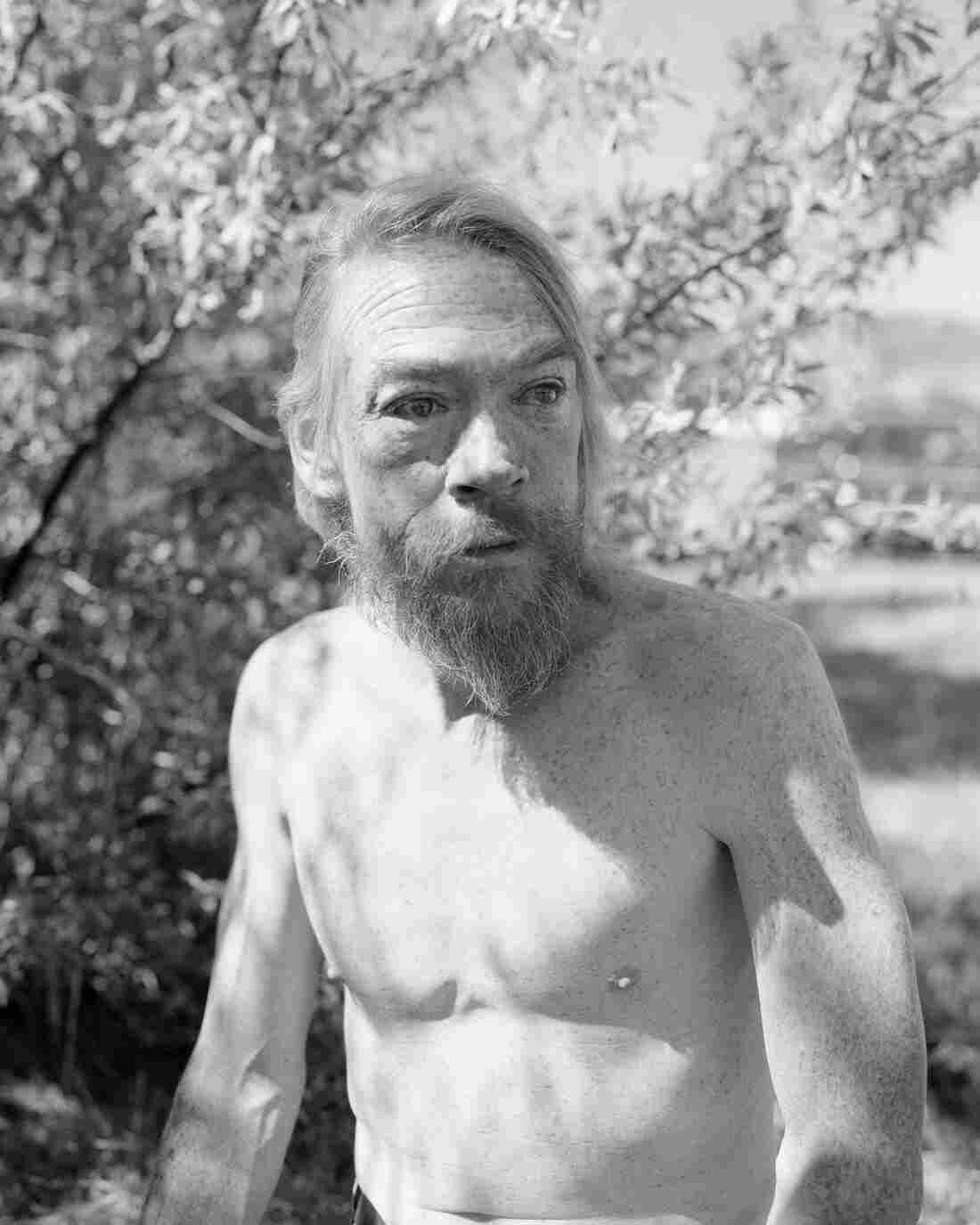 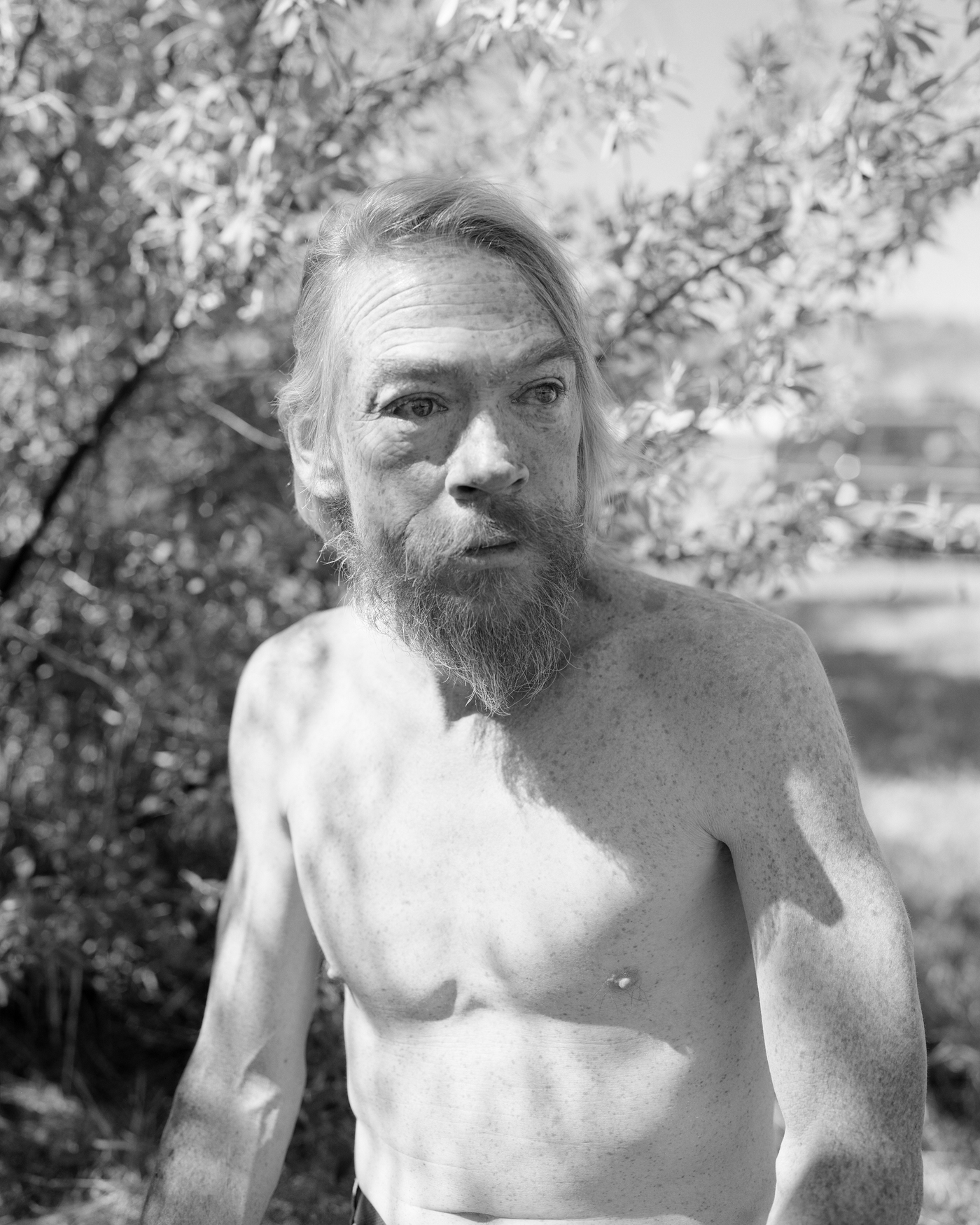 She played with the simultaneous beauty and danger not just with how she framed her photographs, but with how she printed them. She loaded her large-format camera with color film, then turned the scans black and white digitally, tweaking the tones. The images can feel a little strange.

"I'm interested in that weird feeling of unsettledness," she said. "Landscapes are such a known way of seeing, so if you can create a sense of mystery in something as rudimentary as a picture of a bush, I think that's really visually compelling."

The post-production process veers away from the traditional notion of documentary photography, but it adds her own interpretive layer that seems truer. We get to see the West that Potter found — and feel it, too. 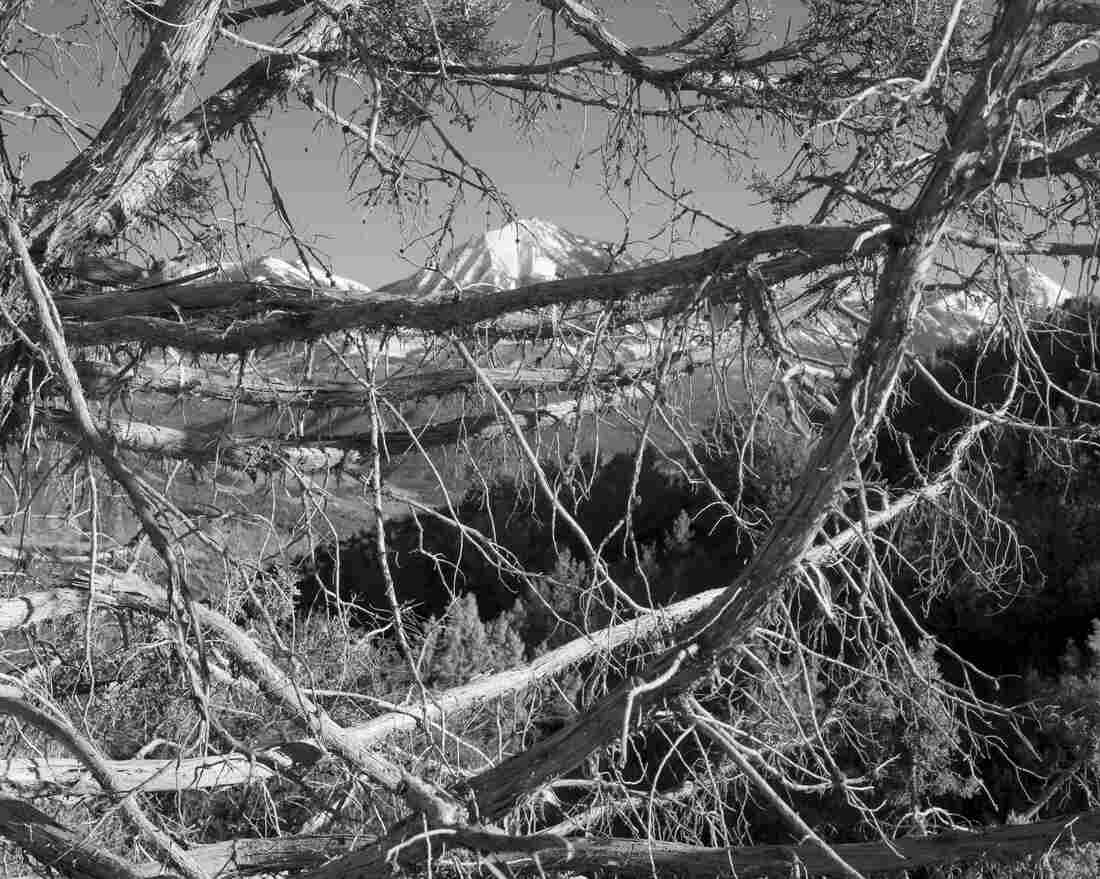 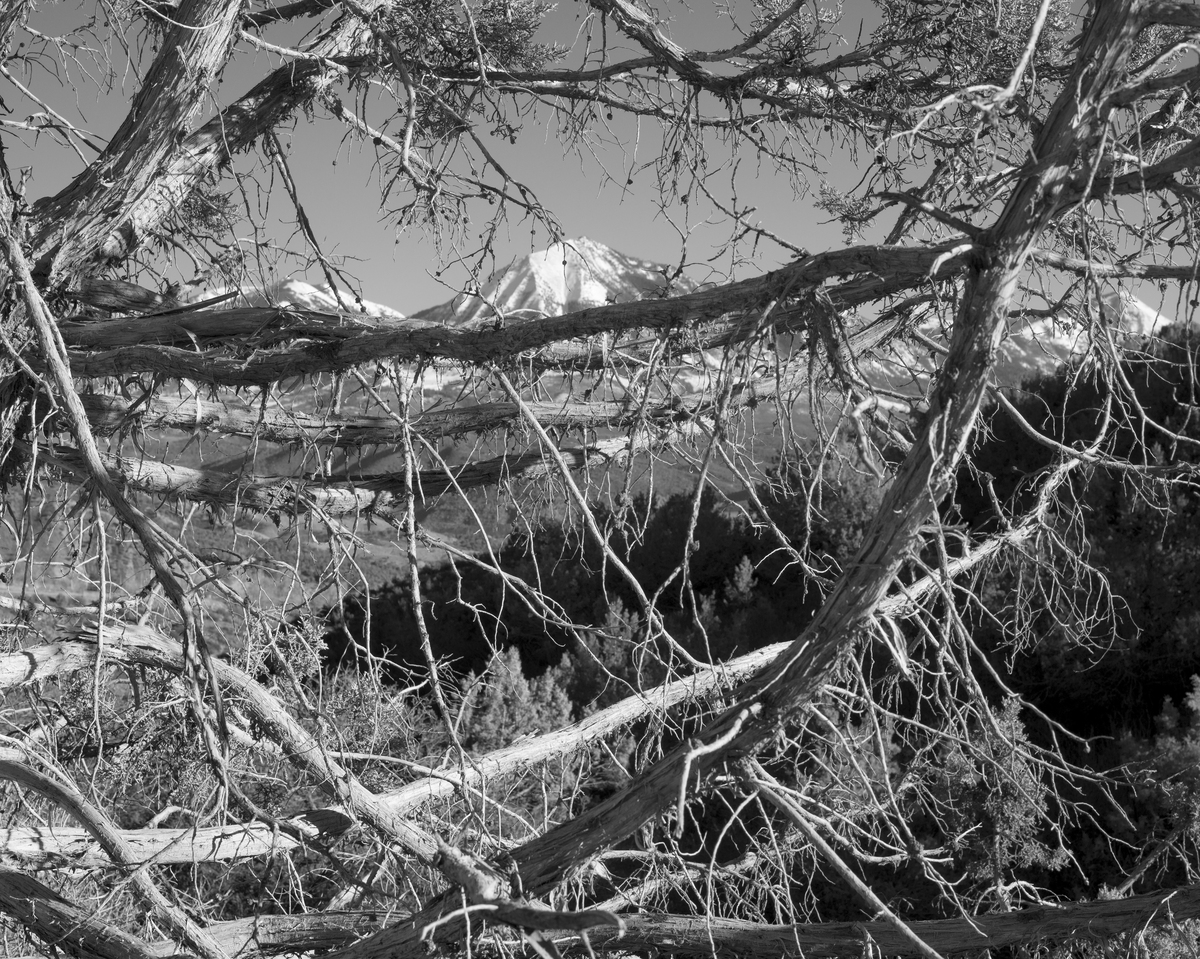 Samantha Clark is a writer and photo editor based in Washington, D.C. Follow her on Instagram @samanthabrandyclark.