Accessibility links
Channeling The Pain Of Depression Into Photography, And Finding You Are Not Alone : The Picture Show Tara Wray's book Too Tired for Sunshine is a collection of images she made while struggling with depression. The work struck a chord with others, who are now sharing their images in an online project.

Channeling The Pain Of Depression Into Photography, And Finding You Are Not Alone

Channeling The Pain Of Depression Into Photography, And Finding You Are Not Alone 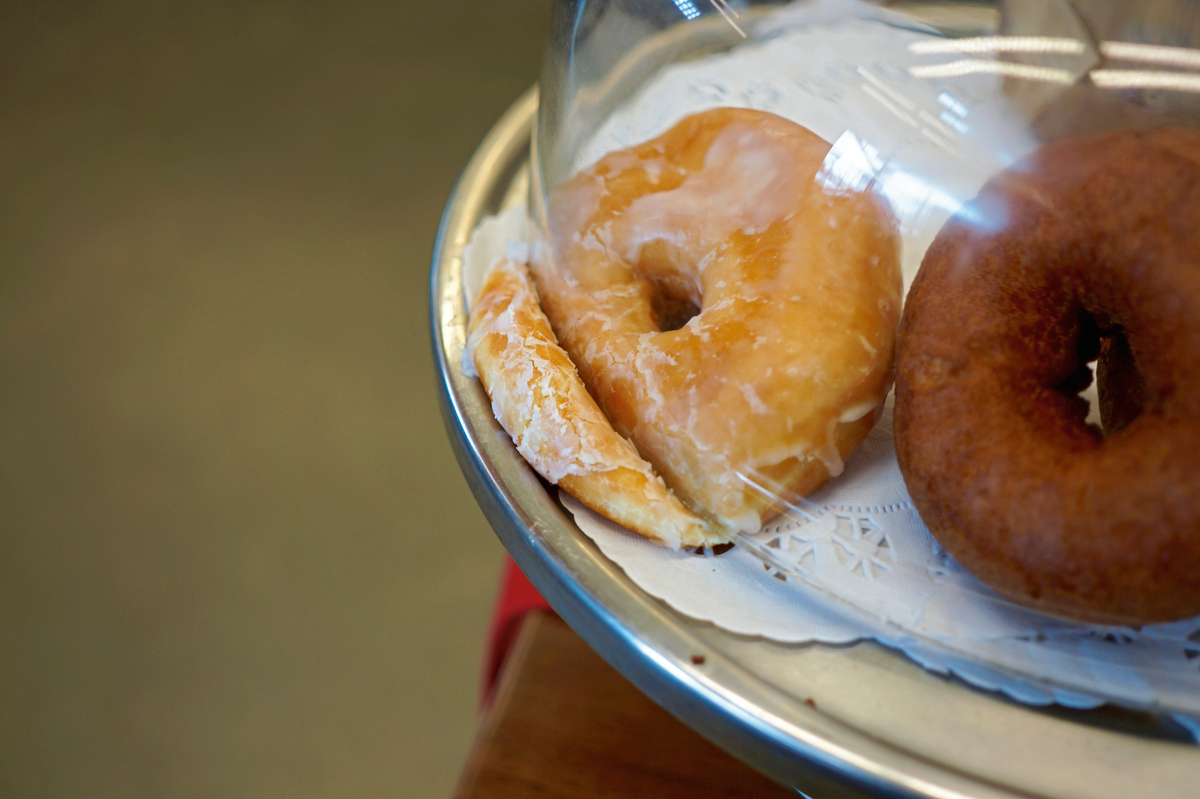 In a particularly difficult season of depression, photography was one of the tools Tara Wray used to cope.

"Just forcing myself to get out of my head and using the camera to do that is, in a way, a therapeutic tool," says Wray, a photographer and filmmaker based in central Vermont. "It's like exercise: You don't want to do it, you have to make yourself do it, and you feel better after you do." 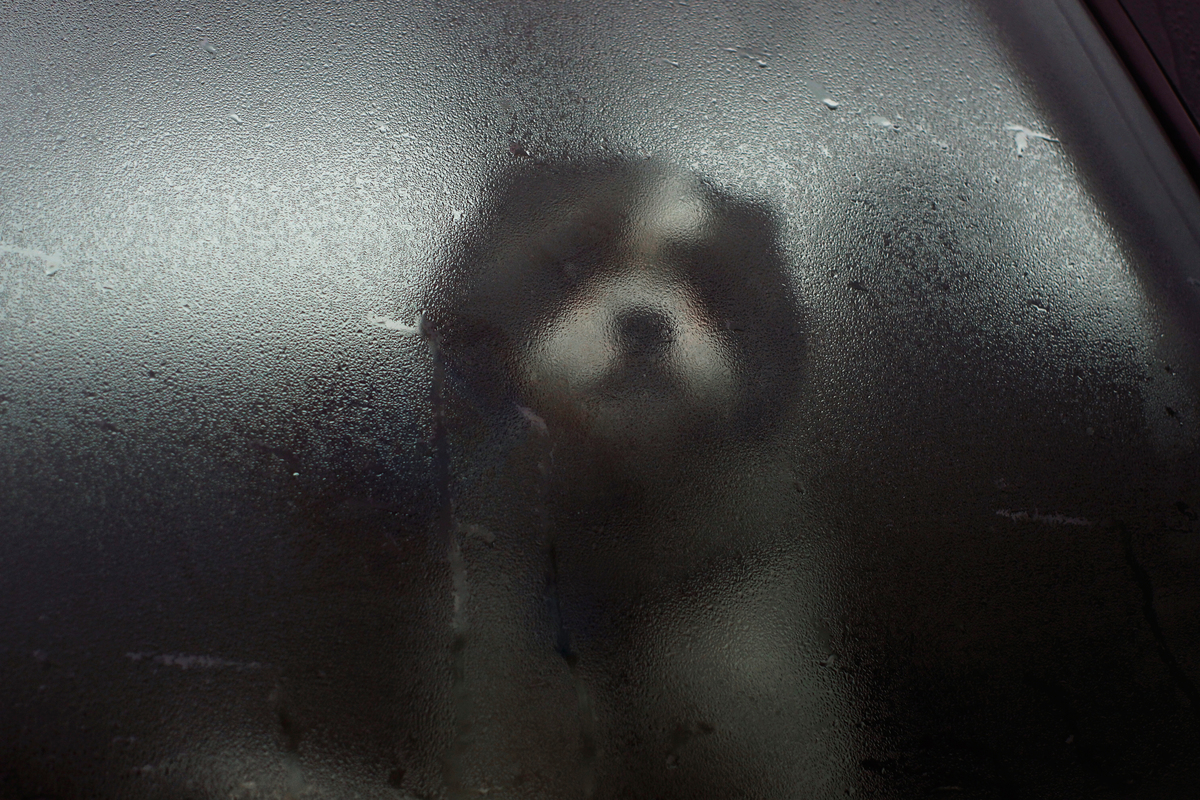 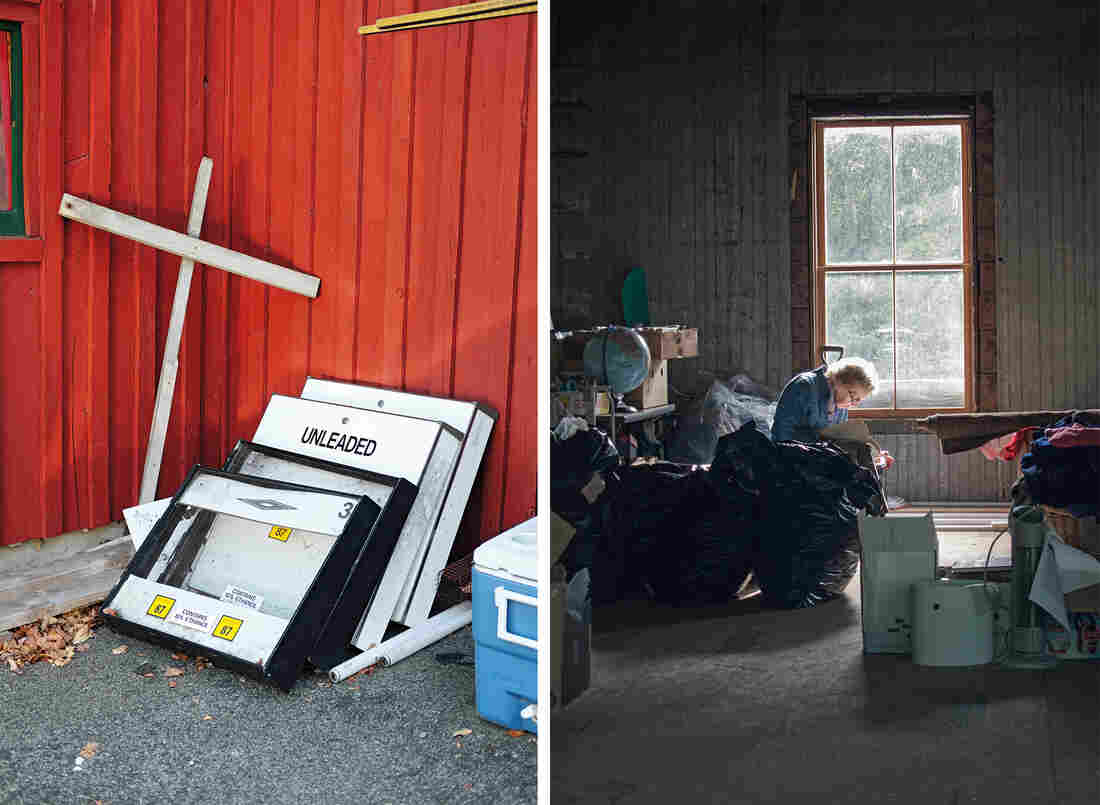 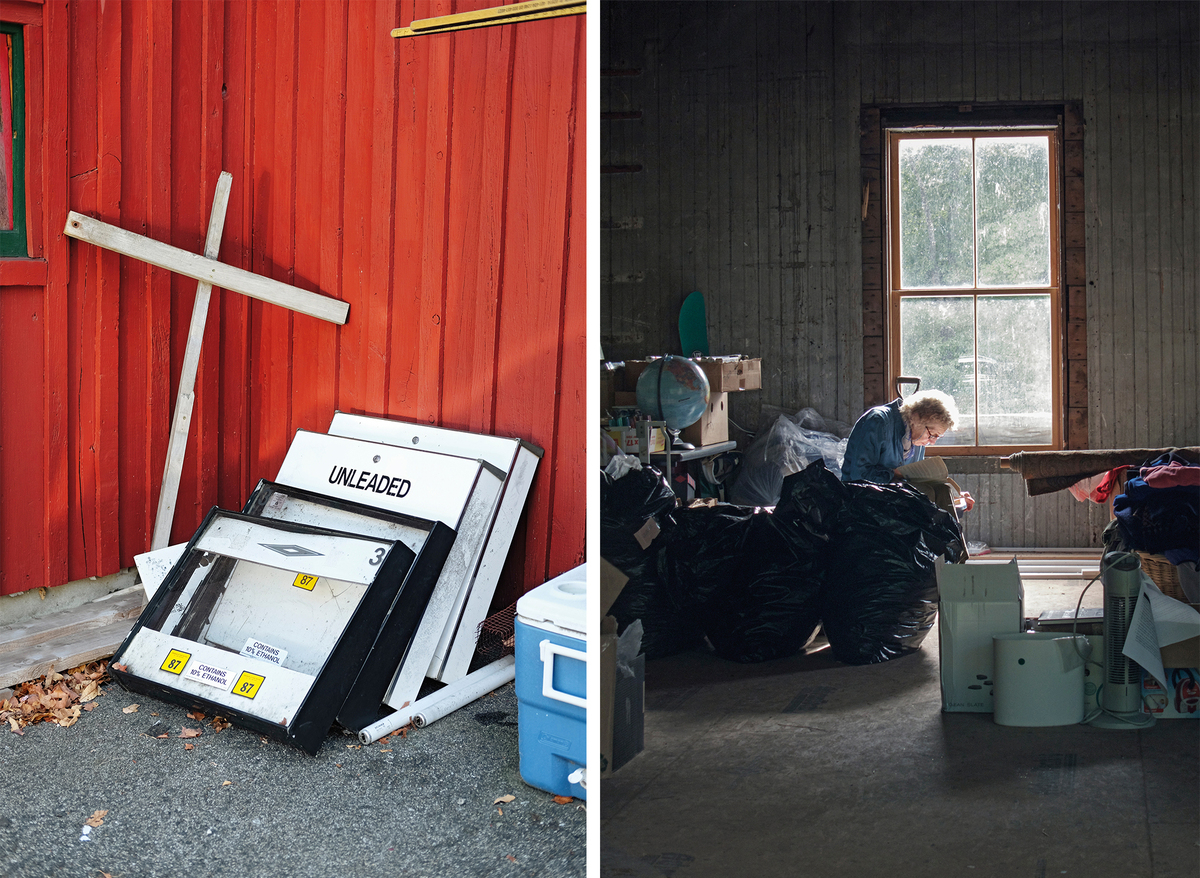 In July, she published Too Tired for Sunshine, a book of her photos from that period, taken between 2011 and 2018. Some of the images show a stark beauty, others a raw loneliness, and some capture hints that the world may be slightly off-kilter.

Photographically, Wray says she's drawn to light, the honesty of dogs and "things that are humorous and maybe aren't trying to be." Making these images helped keep her buoyant. 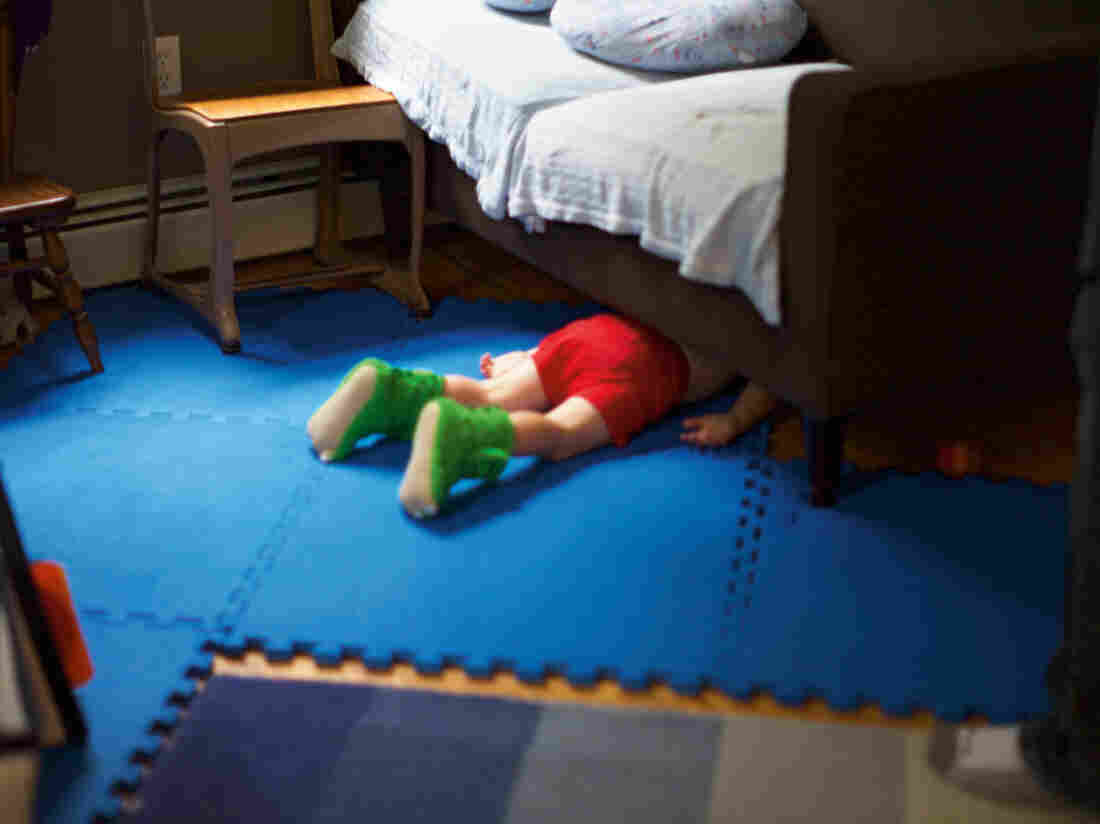 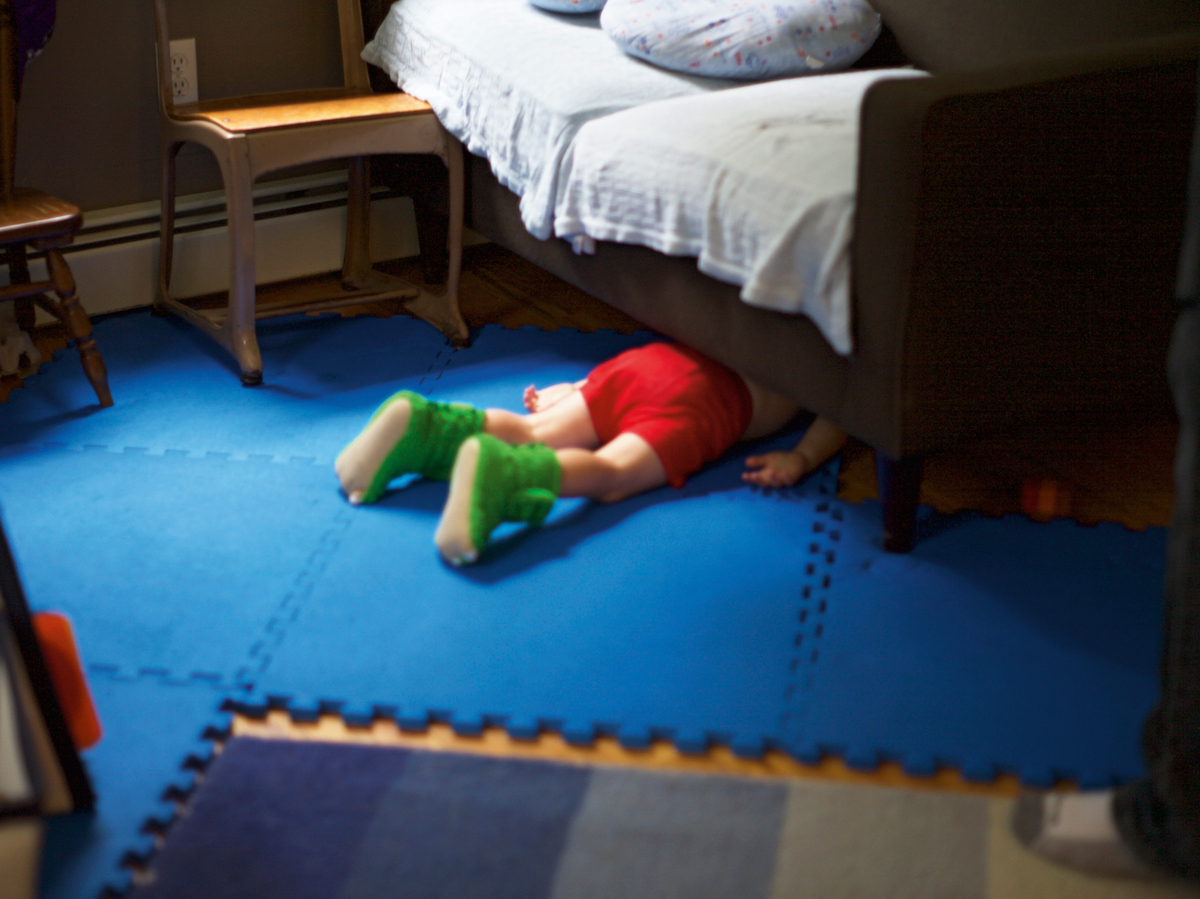 Having a camera functions as "a sort of protection, a buffer that gives me a reason to be somewhere," she says. "It helps me move through an environment with a purpose when I might otherwise feel out of place."

And, like exercise, photography provides a kind of release. "When I've made what I think is a good picture, I can feel it, and everything else momentarily falls away."

Through creative expression, Wray says she's able to focus her "ruminating or obsessing" into "something bigger." 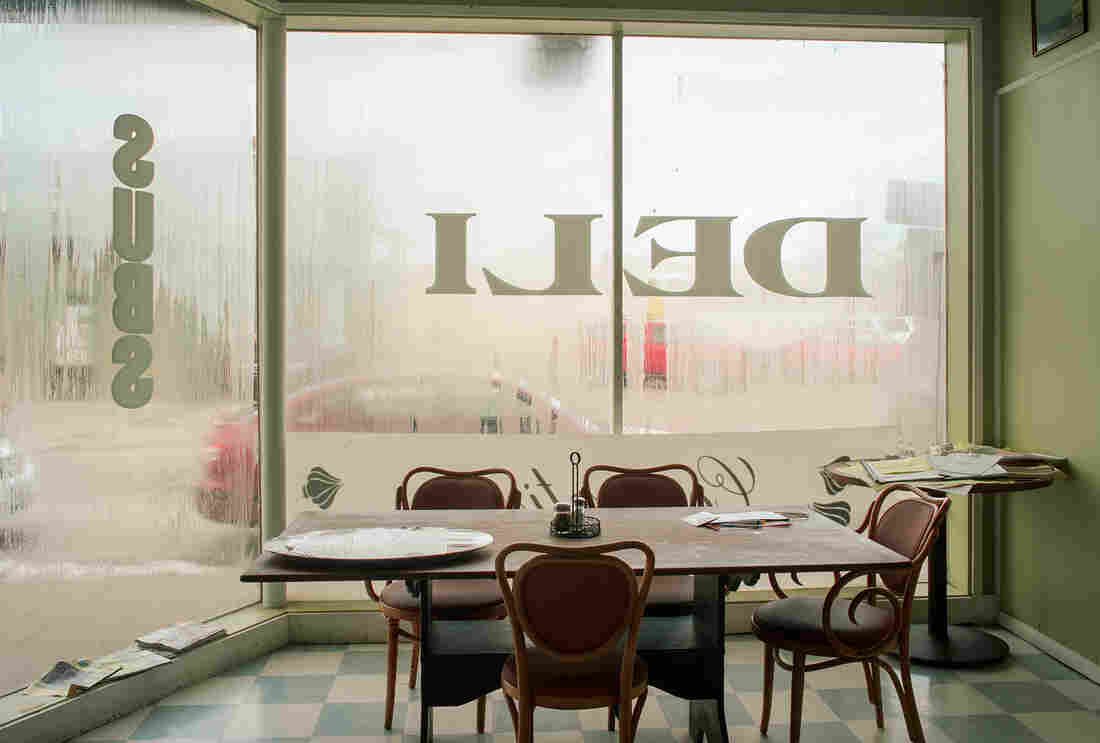 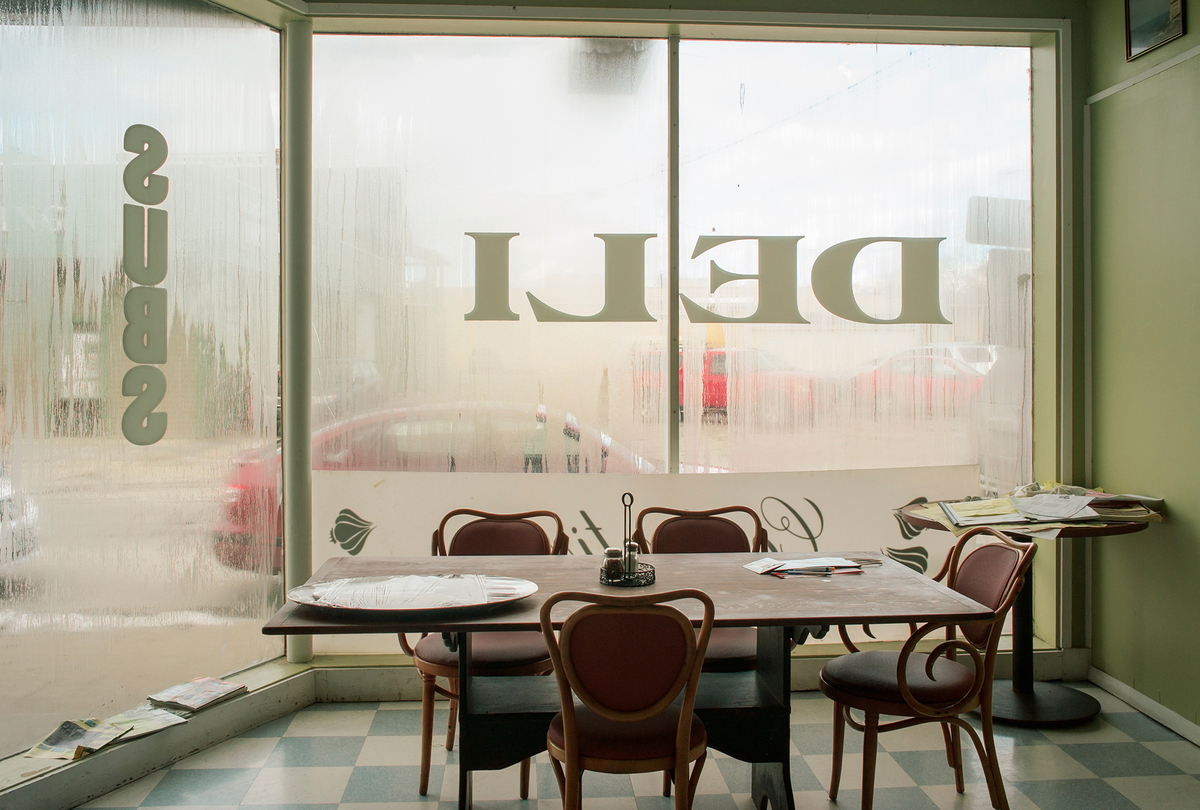 "There were moments that I felt alone and isolated in a dark place, and I wondered if I would see the other side of it," she says. "Photography has given me those moments back ... I can now see them in a different light."

At the same time, Wray stresses that photography isn't her only tool.

"You've gotta have a whole arsenal of things to deal with mental illness, and I try to do all the things I can to stay healthy," she says, adding that she knows she is fortunate to have a supportive family and access to therapy, medication and good doctors. 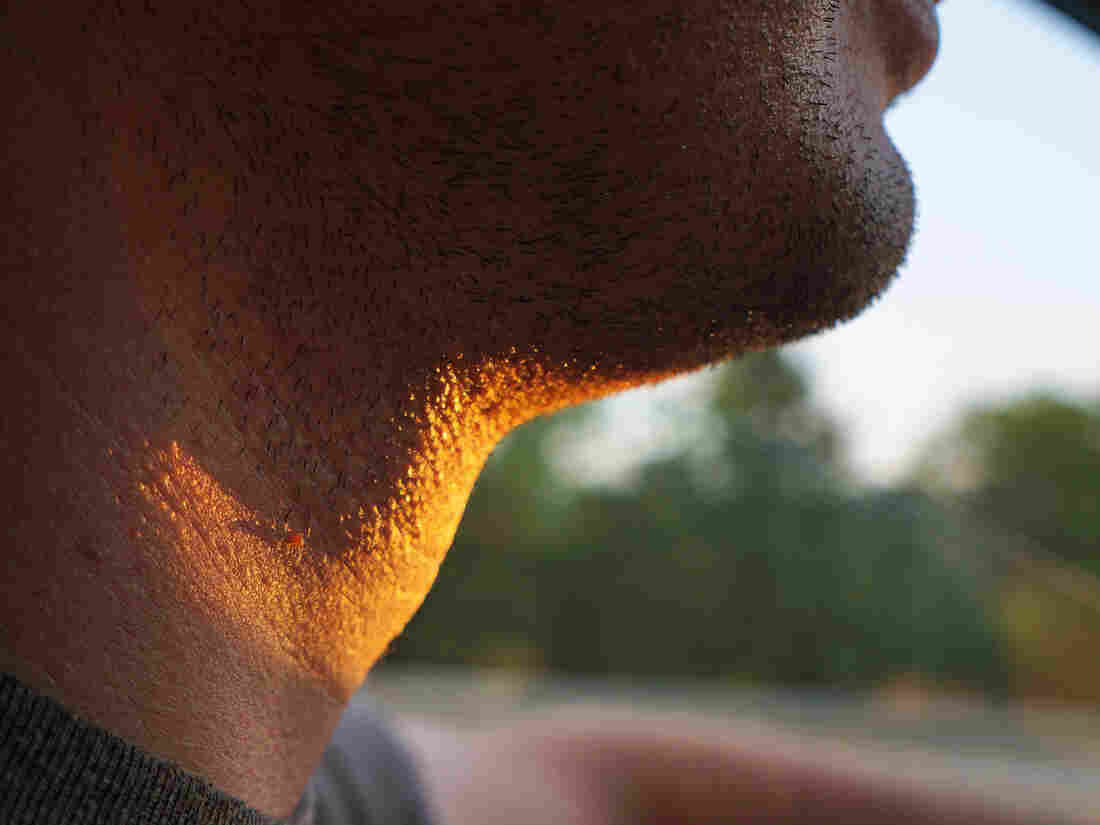 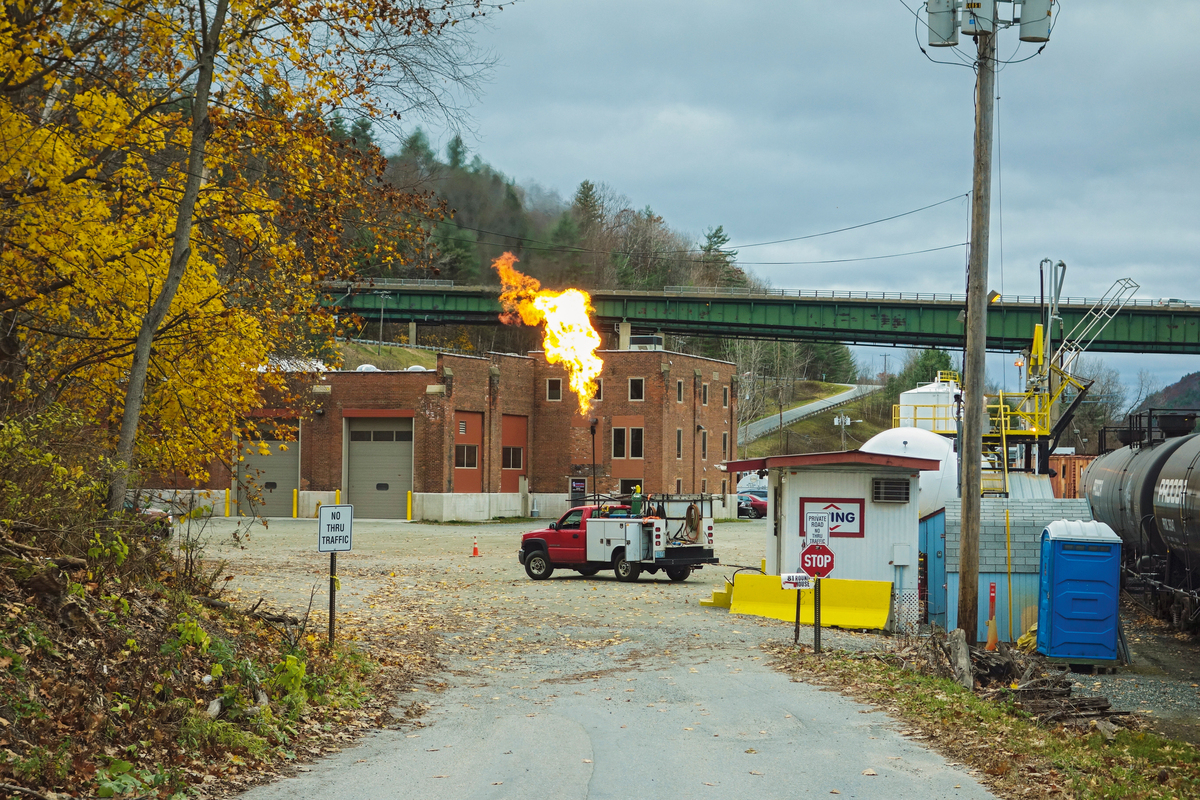 Wray is a self-described introvert and private person. For her, taking the photos was one thing, but the decision to publish a book about her experience with mental illness was another.

"I question that all the time," she says. But her belief in the importance of breaking a stigma won out.

"These are things you wouldn't necessarily talk about with the other parents at pickup at school, but here I am putting everything out there," says Wray. "I'm using my own sort of shame and fear of sharing this with others to encourage others, to say, 'It's OK to do it.' ... There's nothing to be ashamed about." 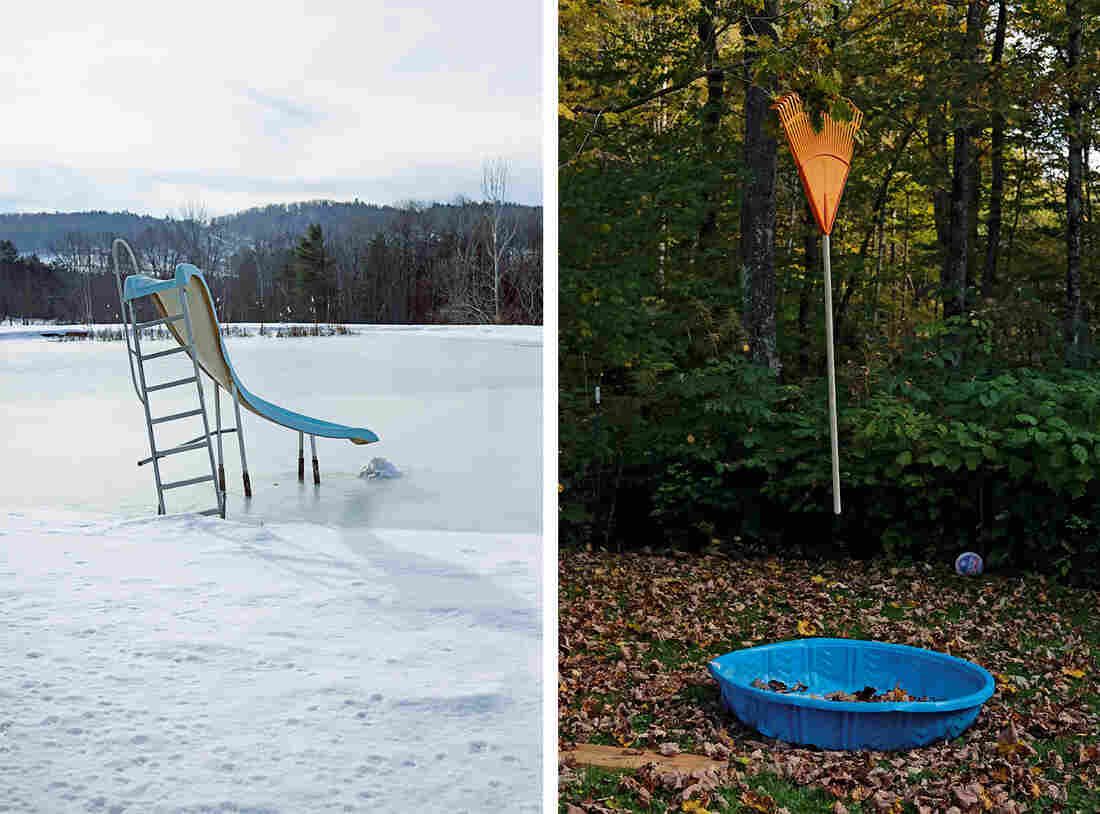 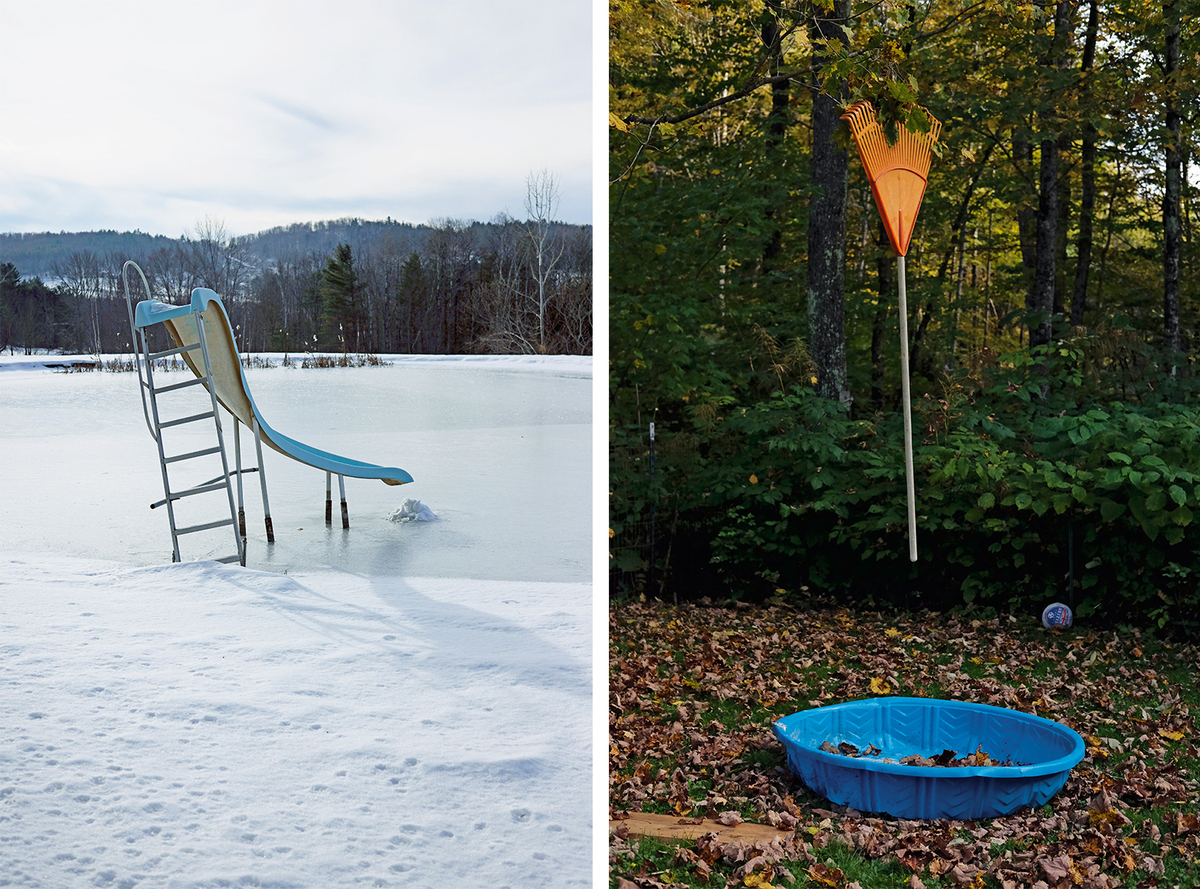 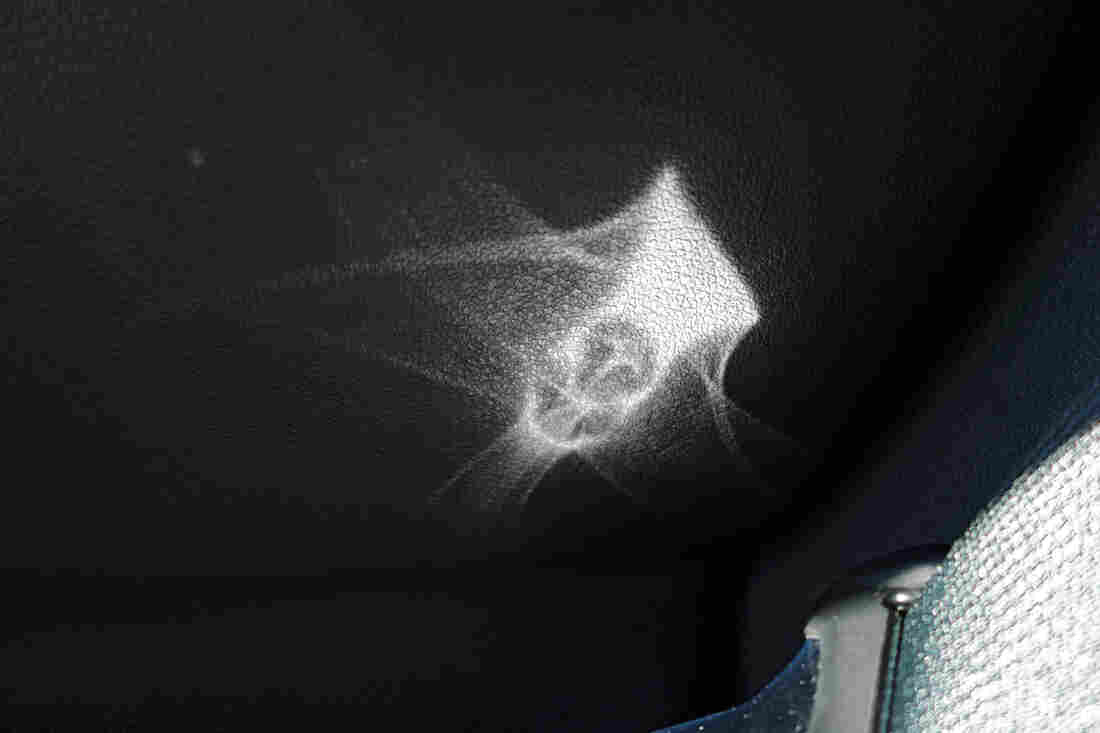 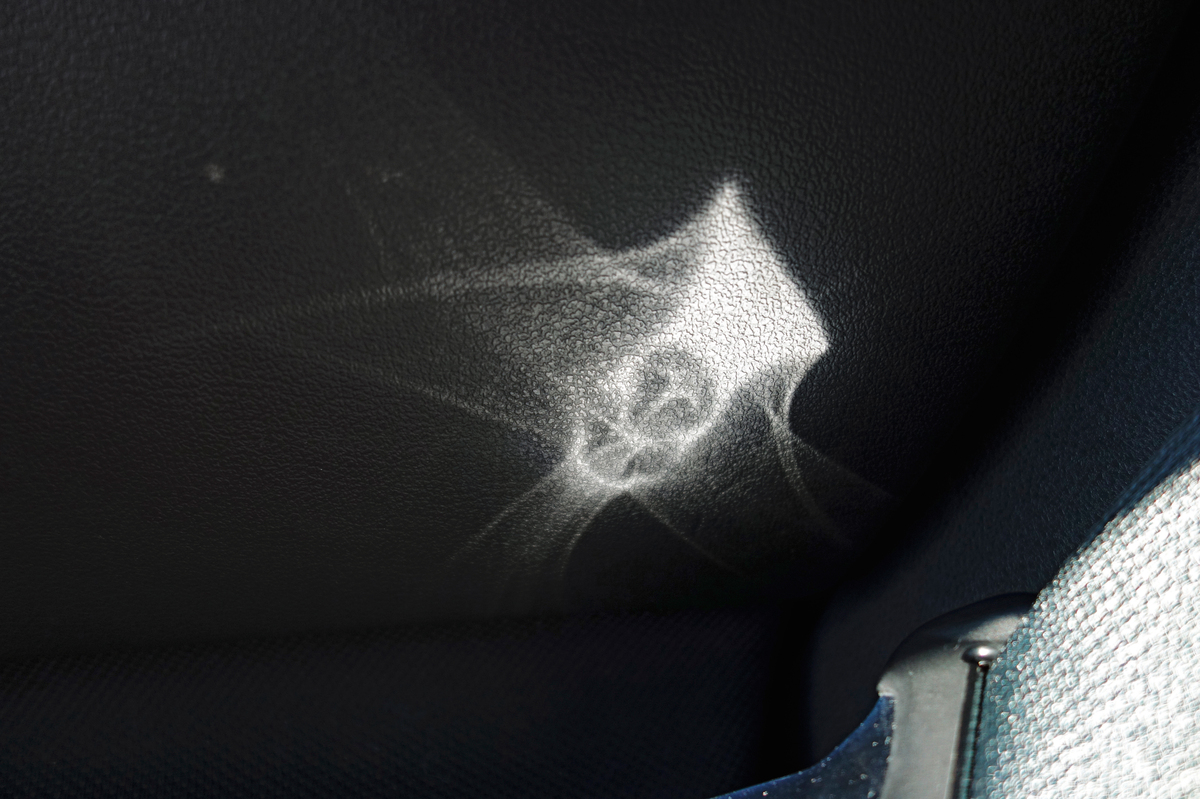 "The act of sharing a photo — of being seen and understood by others — probably matters more than I would like to admit," she says.

That connection, it turned out, went both ways. People who saw the book reached out to Wray to share their excitement and their own photography. She had struck a chord.

"People would say, 'I make work similarly,' or 'The camera is something I use as a tool,' or 'Would you take a look at this series that I made when I was going through this?' " Wray says.

A month after her book was published, Wray invited others to share their photography.

She started an Instagram account, @TooTiredProject, "to help those struggling with depression by offering a place for collective creative expression," and asked people to tag their images #TooTiredProject.

A selection of submissions to the Too Tired Project, curated by Tara Wray, are embedded below.

Submission from @devastationportraits (aka Alison Crouse) whose conceptual work “...presents intimate moments of despair staged in ambivalent and passive environments. These performances of fear, sadness and anxiety, expressed unexpectedly in private and public spaces, are at once visually absurd and conceptually provocative.” #mentalhealthawareness #depression #tootiredproject

One thing that surprised Wray was how many people have wanted to share their work — but didn't know how or where to do it.

One photographer, Alison Crouse, says she had been working on a project, Devastation Portraits, for years before Wray encouraged her to make it public.

"It feels like so much of the Internet is just small talk," says Wray. "On the [Too Tired Project], people are going a little bit beyond that, and I think that's a good place to be."

Learn more about submitting to the Too Tired Project here.

The images are often accompanied by revealing captions that can be as striking as the photos themselves. Wray describes one such submission from photographer @Filmnotdead.

She shared an image she made in bed, looking out at her son with a caption that reads: "Grateful I have people and animals who love me and depend upon me to get up every day. Still grieving my mother's passing nearly 5 months later."

This submission is from @filmnotdead. She writes: “Grateful I have people and animals who love me and depend upon me to get up every day. Still grieving my mother’s passing nearly 5 months later. Learning to live with this new identity as oldest daughter with no living parents is complex. Theres a lasting low level depression always hovering in the background punctuated with intense waves of sorrow. Because I sometimes cry when I least expect it makes it hard to do much outside of the house some days, which feels isolating as a very social person. While I don’t want to subject anyone to my sadness I need love and support more than ever.” ❤️ // #mentalhealthawareness #worldmentalhealthday #tootiredproject #tootiredsantafe

Wray chokes up as she recalls it. "I can relate, Mama," she says, "I've been there."

She plans to continue sharing submissions on the account (she has received nearly 5,000 to date) and organizing meetups to foster community and connect people with mental health services through Open Path Psychotherapy Collective, a nonprofit network that helps people find affordable care. The first meetup was in Santa Fe, N.M., in October, and there are more in the works. (Future events will announced at the Too Tired Project.)

Submission to @tootiredproject from @devinluns who writes: “...As an individual who has struggled with depression my entire life and has used photography as a way to release some of that angst I would love to be a part of the project. Really any of the photographs I create could fall under that but I particularly liked this sequence of photos.” We do too. #tootiredproject

Thanks to @luke_saxon for sharing his beautiful photo and story with the @tootiredproject. #tootiredproject #tootiredassignment #Repost @luke_saxon ・・・ Hi, how are you? My anxiety and depression is something I’ve struggled with for the past five years. I feel as though I’m on the outside of the world looking in, disassociated from reality, constantly trying to feel normal. With photography I want to question the taboo of realising mental illness. So many people suffer and are afraid to speak up and We all experience or will know people going through this, so I want my work to document my personal journey of anxiety and depression. Viewing things through a camera helps me realise the world around me.

This image is from "Confined", a series on sexual assault, recovery, and reclaimed identity by @kristen.matus_zak. She writes that she is “a woman lost, disoriented, haunted by something deeper, preyed upon by her own subconscious. I am here, yet not here. Unable to identify; to clarify what’s unfolding in front of me. I was sexually assaulted in 2013 and again in 2015. Both instances were forced upon me by people I knew, and both instances left me feeling ashamed, confused, isolated, and powerless. I had lost my voice, my sense of self, and I was void of all emotions. Being a victim and a survivor of sexual assault has caused me to feel disconnected from my past life, and I have had to rebuild and rediscover who I am. By inviting the viewer into my personal space, I have given them intimate access to my recovery. Being able to control how my narrative is told allows me to re-enter the world and begin to reclaim my identity.” #tootiredproject #metoo #mentalhealthawareness

Submission from @d.m.t.photography for @tootiredproject # #Repost @d.m.t.photography ・・・ “Untitled But With Cat” This one is a throwback to sometime this May / June when I was in a phase of depression and struggling to practice self-care. I had a minor relapse in some eating disorder behaviors due to the stresses I was facing, and I remember that this night was a particularly difficult one. However, this photo always manages to cheer me up when I look at it now: Me with my bin on my head, my cat in my arms, taking self-portraits in my messy room because sometimes that is what I did to get through the night. And so it is not with sadness but with an appreciation of humor and creativity as coping mechanisms that I share this photo with you. | #contemporaryphotography #conceptualphotography #tootiredproject #southafrican #depression #mentalhealthawareness #bipolardisorder

A conceptual submission from @devastationportraits for the #tootiredproject. The photo may be staged but the sentiment is real, especially if you’re dealing with depression and anxiety over the holidays. Throughout 2019, as the @tootiredproject brings slideshows to cities across the country, we will be partnering with Open Path Psychotherapy Collective, a nonprofit making affordable psychotherapy a reality in the US. @openpathpsychotherapy is comprised of thousands of mental health professionals in private practice who will see an uninsured or underinsured client at a lower rate. Visit openpathcollective.org to search for a therapist near you. #Repost @devastationportraits ・・・ Devastation Portrait no. 79 . . . #devastationportrait #portrait #portraitphotography #photography #performanceart #conceptualphotography #christmaseve #tootiredproject #conceptualart #christmas #womenphotograph #depression #mentalhealthawareness

Ultimately, Wray plans to collaborate with Yoffy Press, the publisher of Too Tired for Sunshine, to turn the Instagram submissions into a book, much like her own.

But this time, the final product will feature multiple perspectives and experiences, driving home the epiphany she had after sharing her own images: "I'm not alone."