Accessibility links
How Robert Frank's Vision Influenced And Inspired Generations Of Photographers : The Picture Show One of the most influential photographers of the 20th century, Robert Frank possessed a piercing, unflinching gaze. Some of America's top photojournalists share their thoughts on Frank and his work. 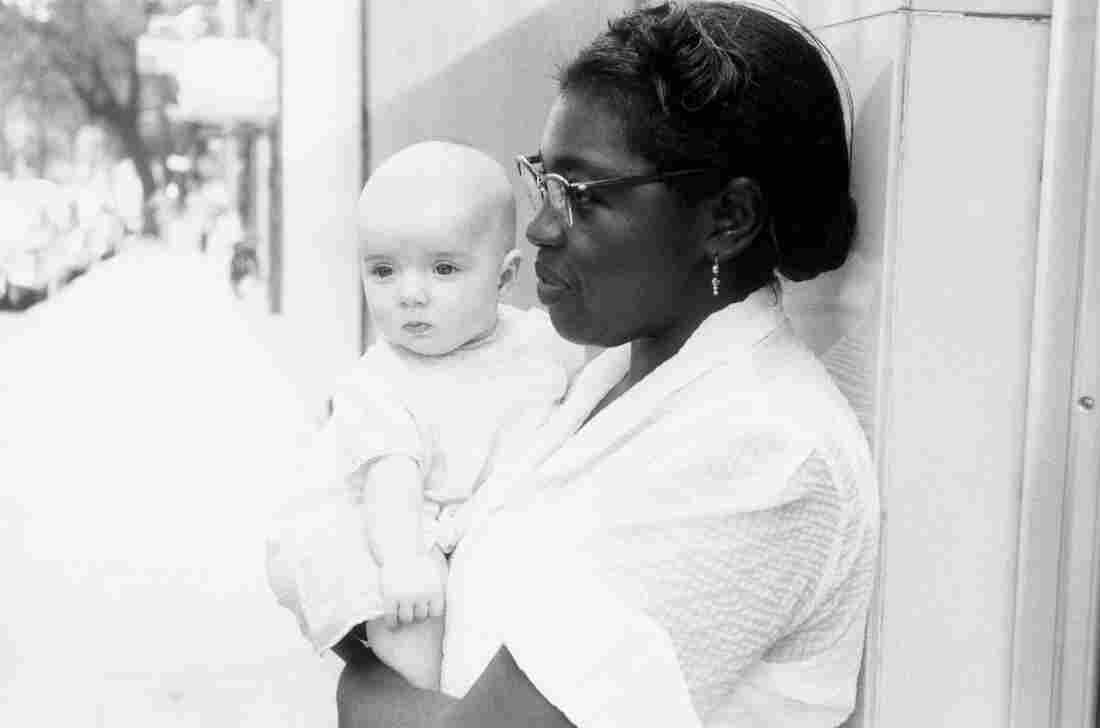 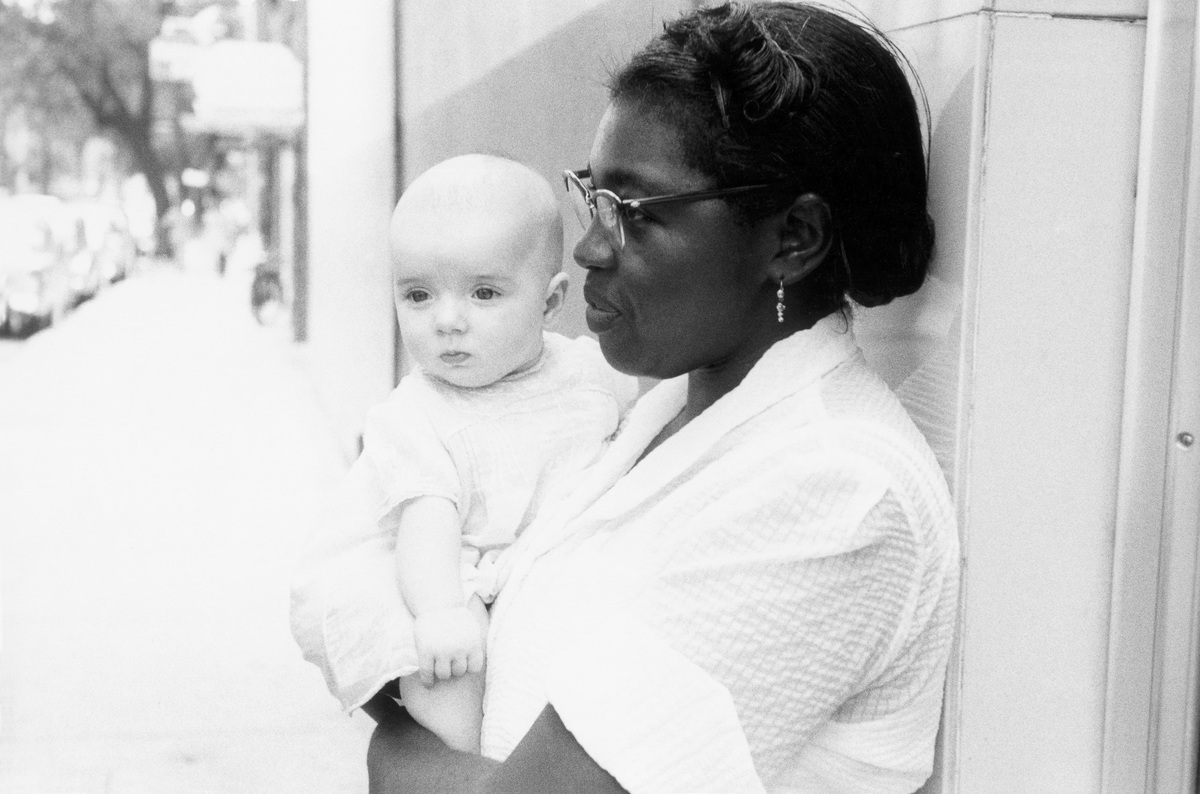 In an era when photographs are produced by the hundreds of thousands every second, the death of photographer and filmmaker Robert Frank on Monday presents an opportunity: not only to mourn him, but to honor an artist who taught many of us how to see the world around us more discretely, frame by intimate frame.

With his Leica, 35 mm black-and-white film, quick reflexes and piercing vision, Frank is perhaps one of the most influential photographers of all time. His most famous work, published in the 1959 book The Americans, continues to serve as a touchstone and template for generations of visual reporters. 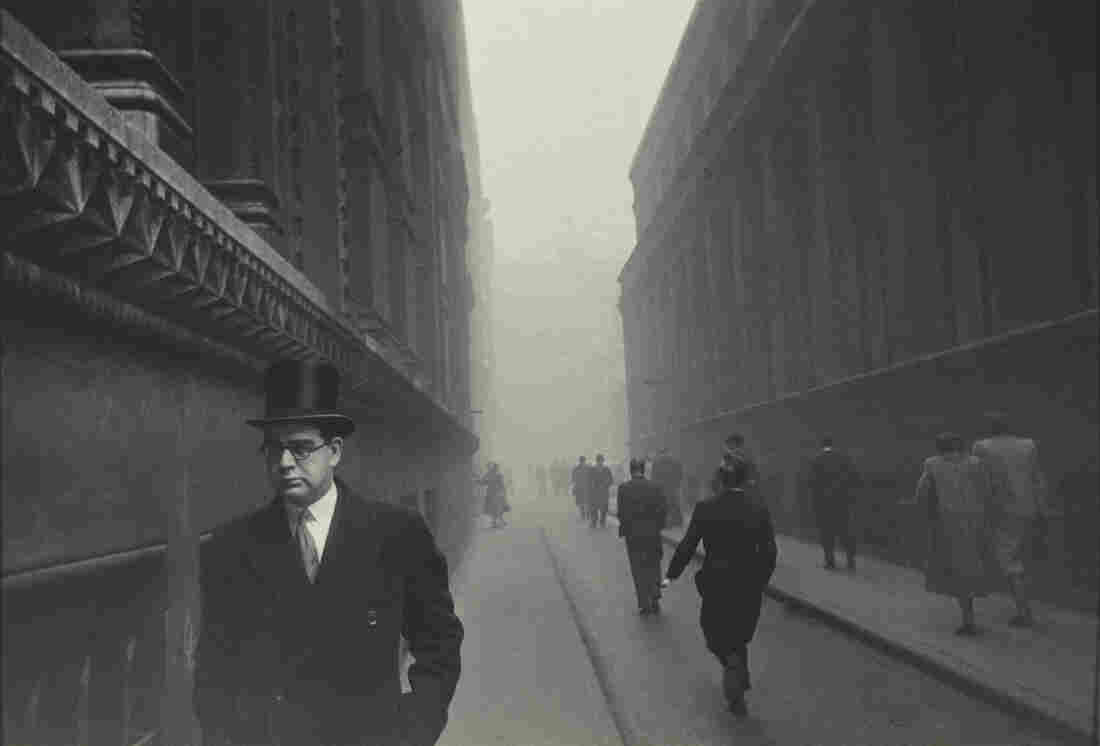 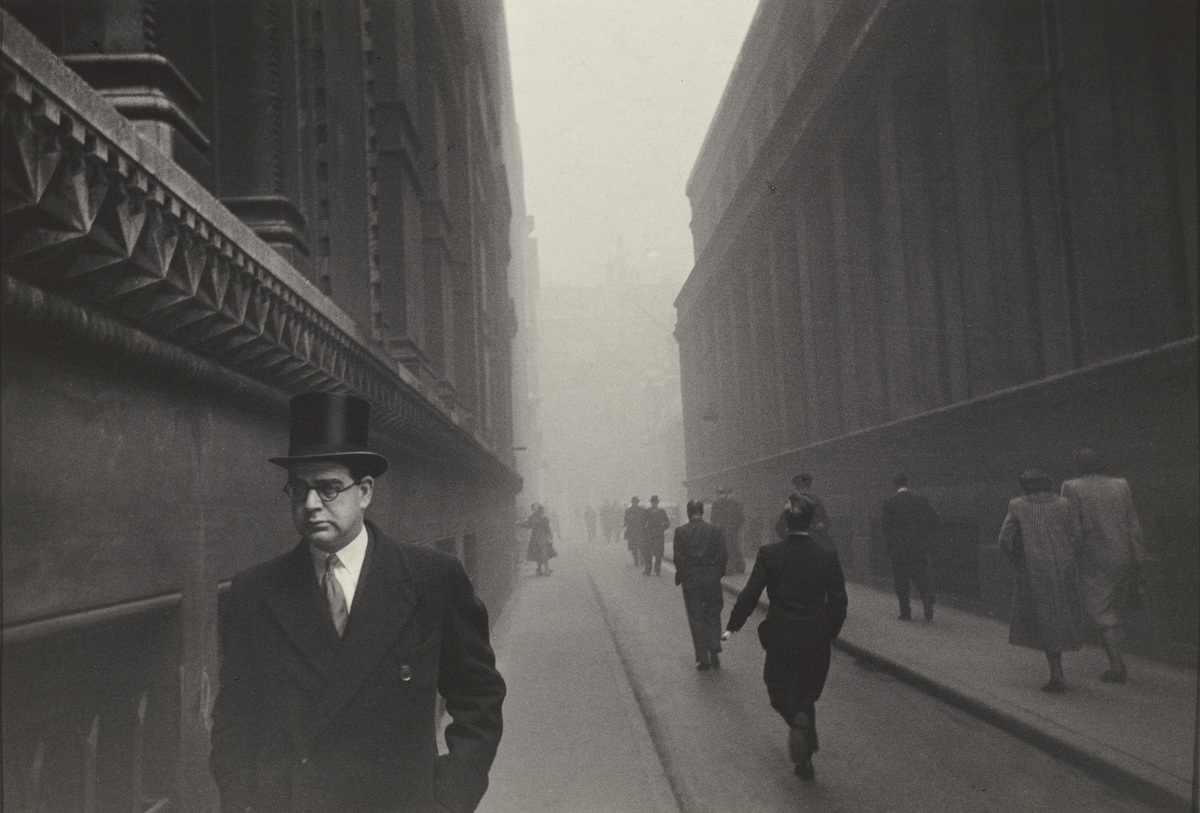 At the time, critics thought the America depicted in his images was distorted, by his camera and his viewpoint.

His America was rough around the edges: not the manicured suburbs of TV or magazines but rather well-worn city streets and desolate rural patches dotted with people who were brown and black as well as white. Their presence — diverse and discomfiting to some — raised questions that would later be answered by the civil rights movement, the convergence of countercultural seekers in San Francisco's Haight-Ashbury, and antiwar protests.

By the 1960s, Frank's vision seemed prescient; his lens had revealed the world that was just around the corner. 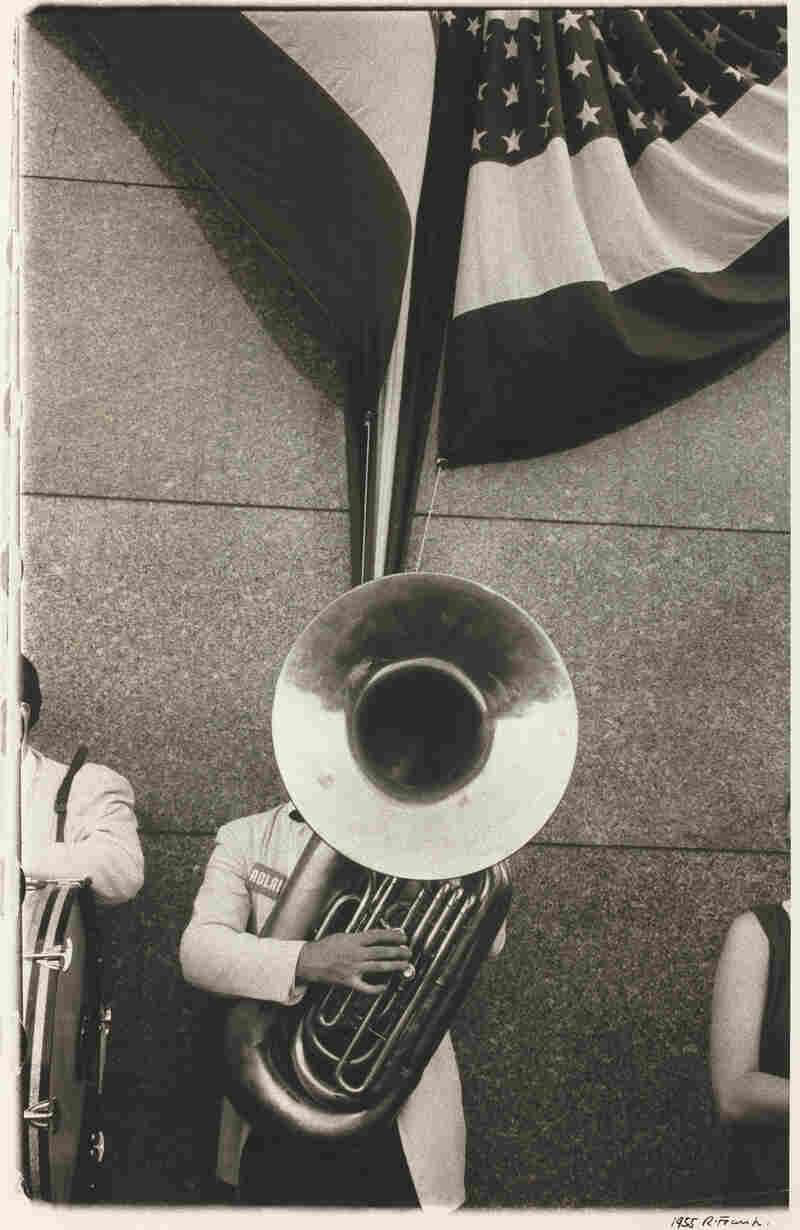 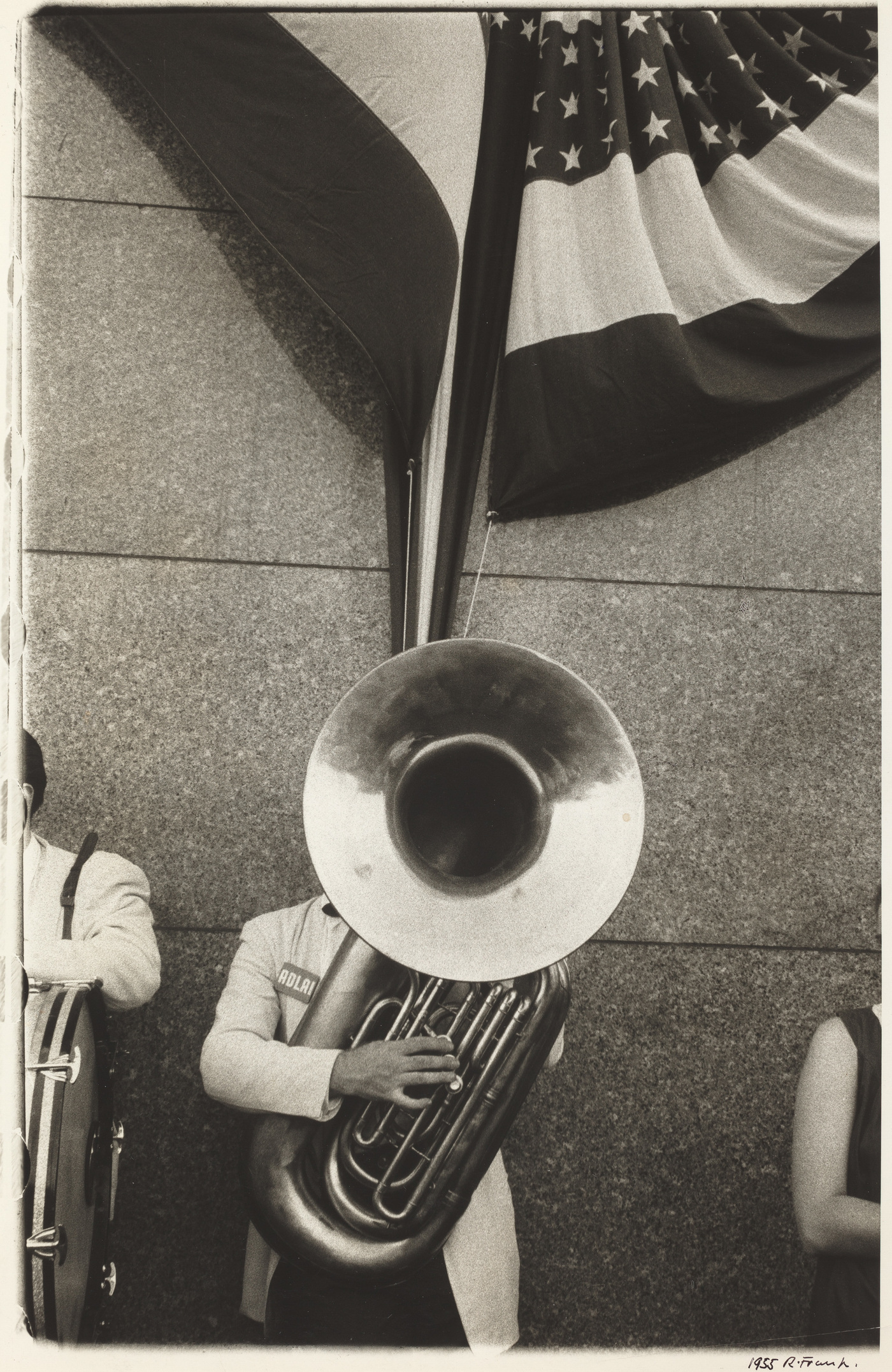 We are saddened by his passing but grateful that his photographs will continue to live in the world and through our eyes.

Below, several photographers share their thoughts on Frank and his work.

Born and raised in Texas, award-winning documentary photographer Maggie Steber has lived and worked all over the world. She has worked in Haiti for more than 30 years, culminating in the publication of her book Dancing On Fire, and is a longtime contributor to National Geographic.

As a young photographer starting out, as with so many others, The Americans by Robert Frank was my bible, my how-to book and my main inspiration as a documentary photographer. From Robert Frank's work I learned how to visualize things without being so obvious, especially things about which we should be skeptical. I learned that the simplest photograph might carry the greatest meaning.

Each time I had an assignment, I would and still do go and look at The Americans for inspiration. But perhaps more important is that his photographs educated me about issues and about the human experience. Some images broke my heart with their sadness that avoided sentimentality. Some images taught me about things I didn't know about. When school taught me I had to be objective, Robert Frank's work taught me that I should be subjective and commit to something. It wasn't just about photography by a master photographer. It was about understanding and feeling that a photograph might, if nothing else, inform us and change us and that it was important to be committed to something that was larger than ourselves. I loved him and I pray his work will never be lost to future generations. 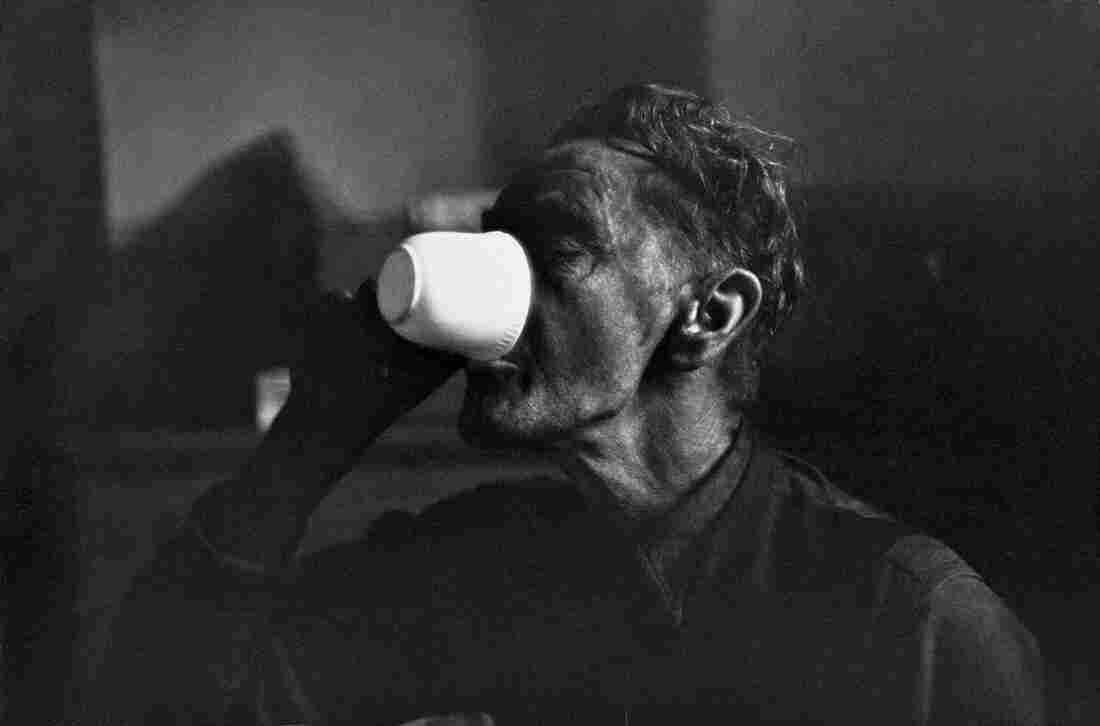 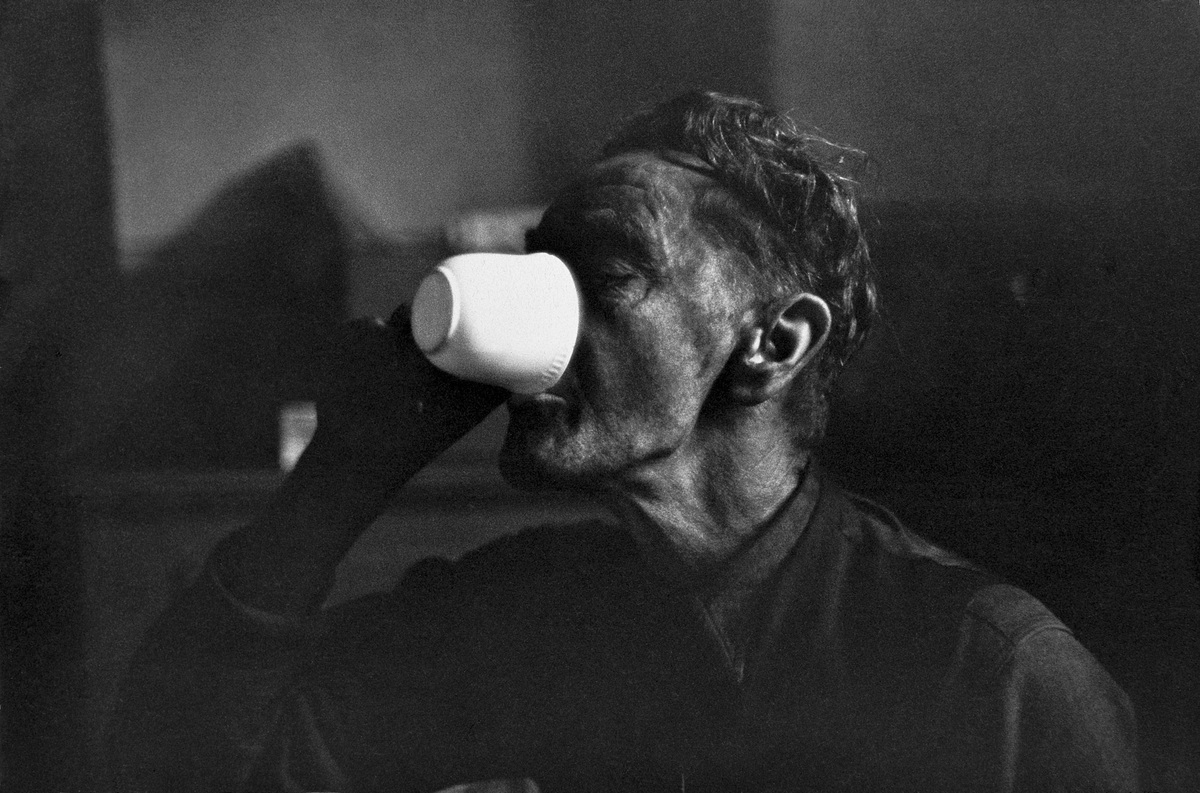 Photographer, writer and filmmaker Eugene Richards was born in Dorchester, Mass. His voluminous body of award-winning work includes 17 books, one of which, Exploding Into Life, chronicles his first wife Dorothea Lynch's struggle with breast cancer. 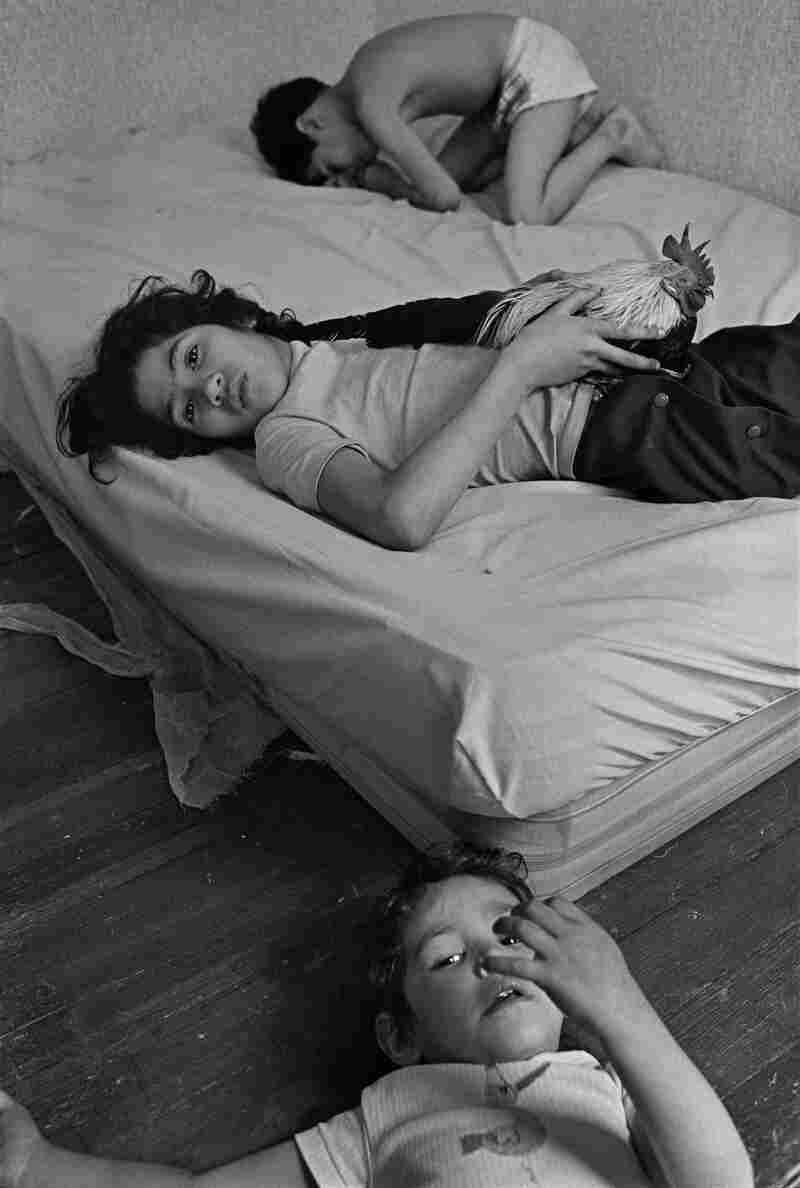 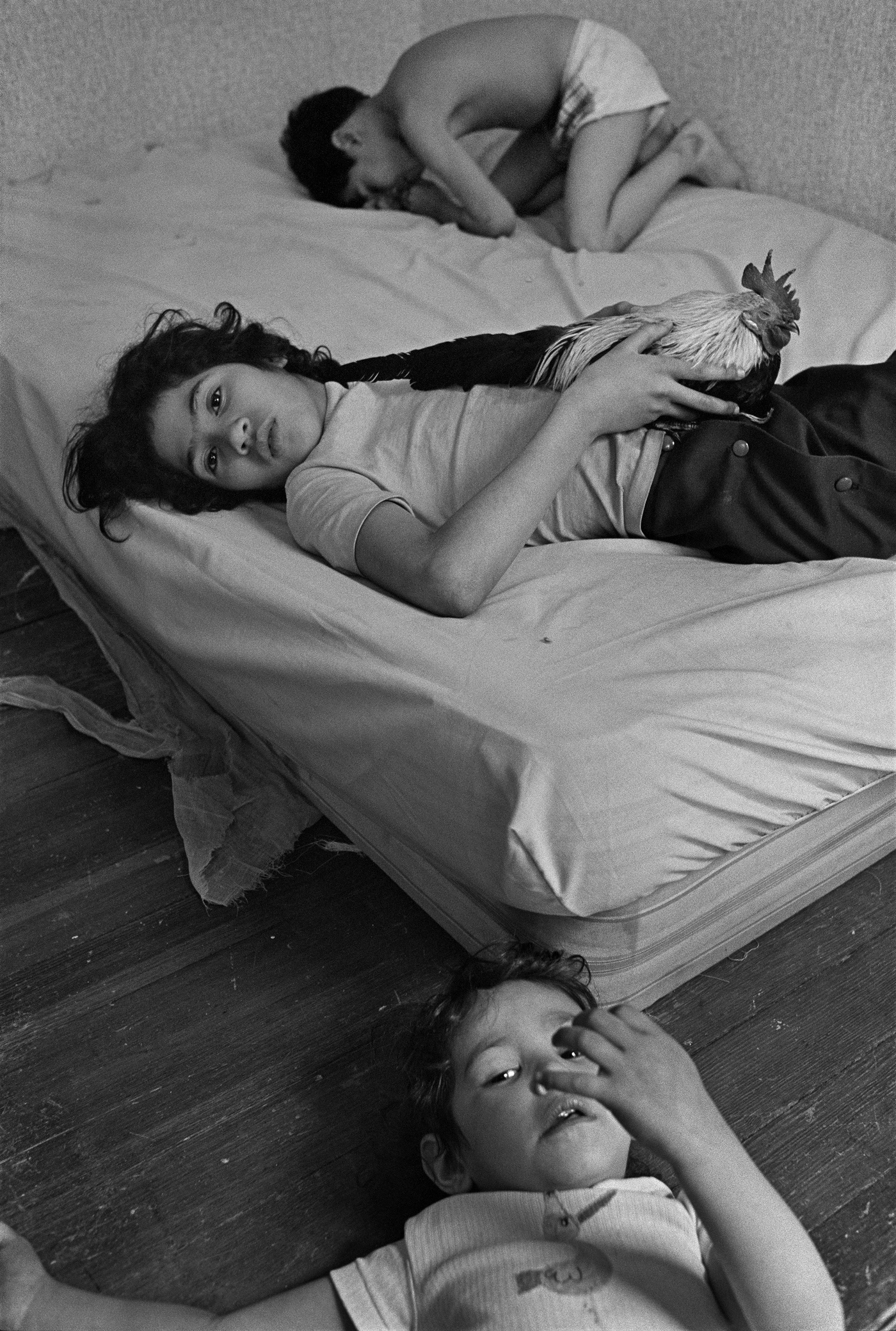 Robert's influence on me is a lesson on how not to change. I first met him about 40 years ago, when someone phoned me at my apartment in Dorchester, Mass., to say that Robert Frank was carrying around a copy of my self-published, pretty much critically derided book, Dorchester Days. I went to see where he was, just to look, and ended up being pushed forward in the crowd toward him. When having no money to go to dinner with him, he asked me where I lived. Why would he care? Because that night he came alone to my girlfriend Dorothea's and my dumpy apartment, just to sit, drink a horrible tasting liqueur and eat ice cream right out of the container. He flirted with Dorothea, laughed at my friend Tom's jokes, didn't mind my tendency to hug him. There was no talk of photography. Nonetheless, I was personally lifted up like never before.

As for his direct influence on my photography, I first saw his The Americans book some time in the early 1970s. And if I can recall it at all, felt a great sigh of relief that someone else was out there in mid-America, unapologetically, without preaching, looking at our country. Around 1980 he suggested I apply for a Guggenheim [Fellowship], which I would never have done, knowing that [New York's Museum of Modern Art] and like institutions regarded my work as nothing. MoMA, in fact, would request that I pick up my photographs immediately after a drop-off, without even opening the case. Anyway, I applied and got the grant, which, in good part, covered Dorothea's cancer treatments. But as long as I knew Robert, he never acknowledged having exerted his influence there. But of course he did.

Born in Baltimore, Md., Susan Meiselas is best known for her coverage of the insurrection in Nicaragua and her extensive documentation of human rights issues in Latin America. Among numerous awards, Meiselas was named a MacArthur Fellow in 1992.

He was totally himself and inspired generations that have followed, both for his independence and insistence on an expressive form. Seeing ordinary lives outside of larger narratives or events. Bringing a new vocabulary to photography which has now exploded beyond his imagination as well. 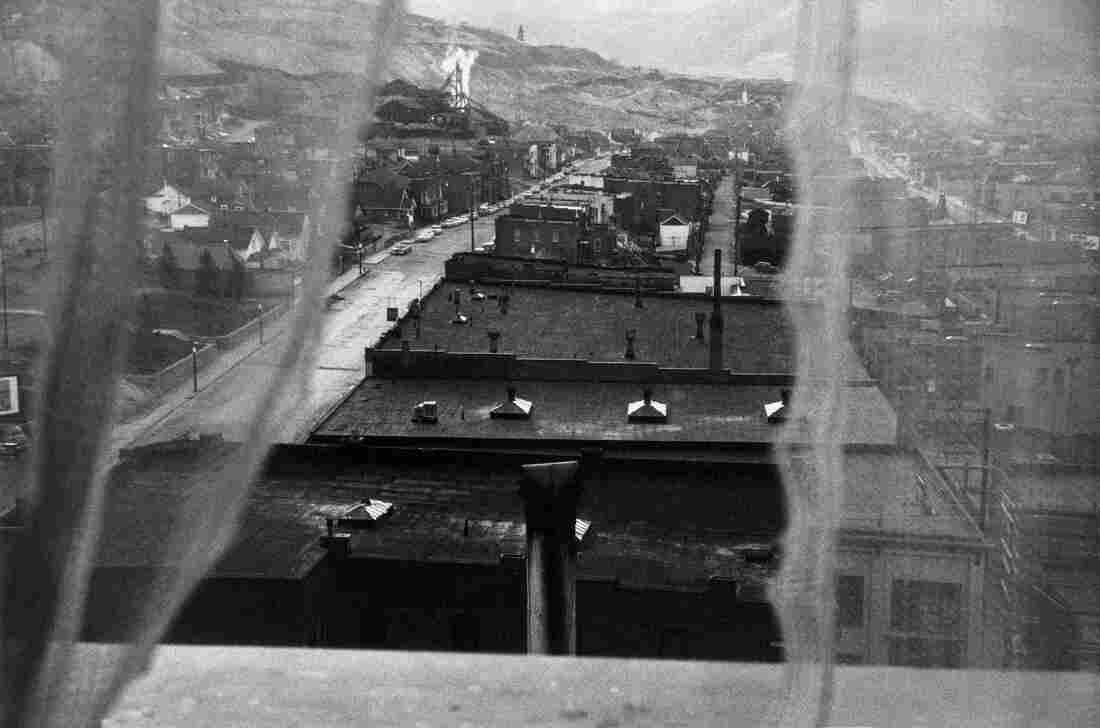 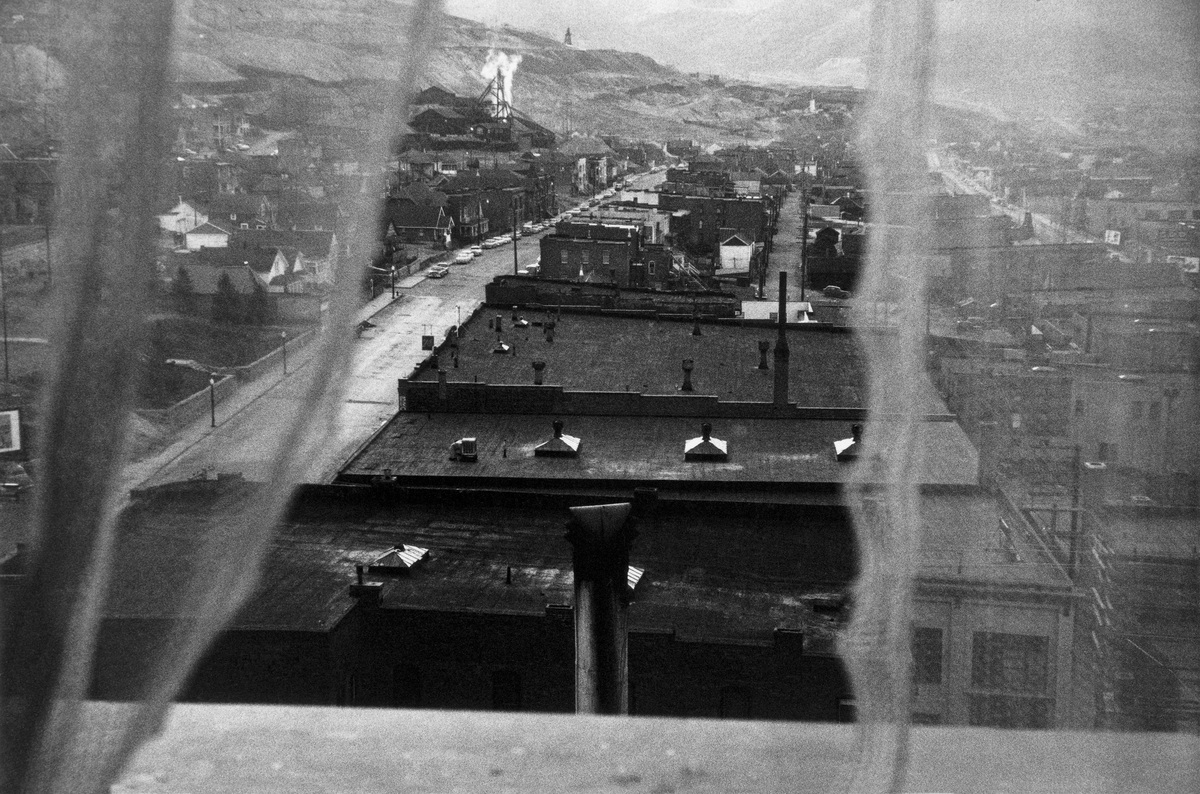 A photographic essayist born and based in Virginia, Matt Eich makes long-form projects related to memory, family, community and the American condition.

In my opinion, no other single photographer could be said to have had such an outsized influence on the medium. As a young photographer, it took me a while to find my way into Frank's pictures, but once I was inside, I couldn't leave them behind. They follow me wherever I go, and though I never met or had any interaction with the man, his vision of America presides over and continues to shape the way I visually reckon with this complex country. I find some comfort in the fact that his pictures were met with disdain when they were first published, and that he didn't feel the need to one-up himself, making another great book after the first. He allowed himself to shape-shift, remaining true to his vision as an artist.

Glenna Gordon is a documentary photographer and photojournalist whose work has been commissioned The New York Times Magazine, Time magazine, The Wall Street Journal, Le Monde and other outlets. Time's Lightbox described her photographs as "powerful images of significance, humanity and loss."

When I first started taking photos, I was shooting for news wires and looking for those big moments and images that hit in a particular way. There was this nagging part of me that wanted to look elsewhere — to seek the edges of things, the back alleys, the quiet moments, the unexpected beauty. When I finally encountered The Americans, it felt like something I'd always been looking for. It gave me permission to seek out a totally different kind of image, and to move through the world differently as I sought the unknown.

Frank's work is a starting point for so many seeking ambiguous resonance, just off the next freeway exit. With just a shaft of light, the graceful gesture of a wrist, the juxtaposition of an unexpected frame, the world becomes transcendent and present. 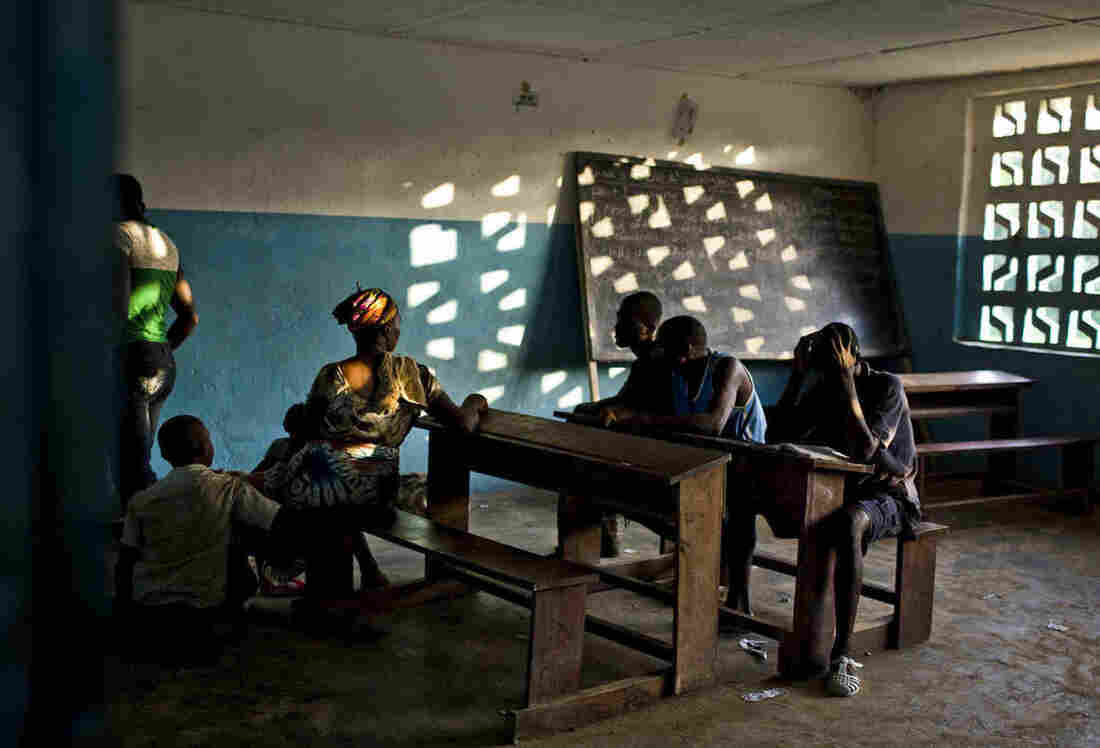 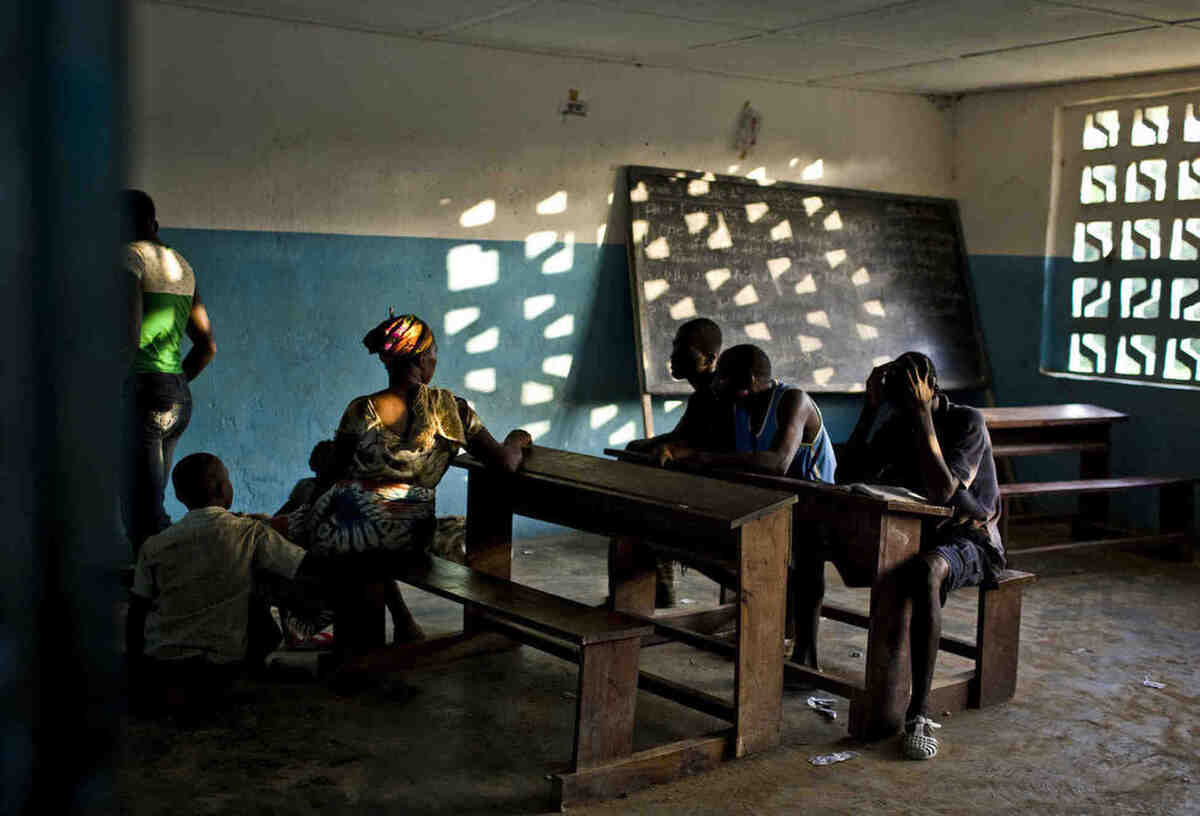 A schoolhouse on the Liberia-Ivory Coast border. March, 2011.

Miranda Rae Barnes is a Caribbean American photographer who was born, lives and works in Brooklyn, N.Y. She received a bachelor's in Humanities and Justice from John Jay College of Criminal Justice in New York City, and her work has appeared in publications such as The New York Times, The Wall Street Journal magazine, New York, Time, Vogue, Vice and The New Yorker.

Years ago during my first year in community college, before I knew what I wanted to do with photos, I was fascinated with Robert Frank and his life. That spring I entered a school photo contest, won and received a $30 Amazon gift card and immediately purchased a beat up copy of The Americans. It was my first real photo book. I remember taking the bus home and flipping through the pages so happy to have a tangible copy of my own, tearing up a bit. It was the start of me thinking of photography in a more disciplined practice. 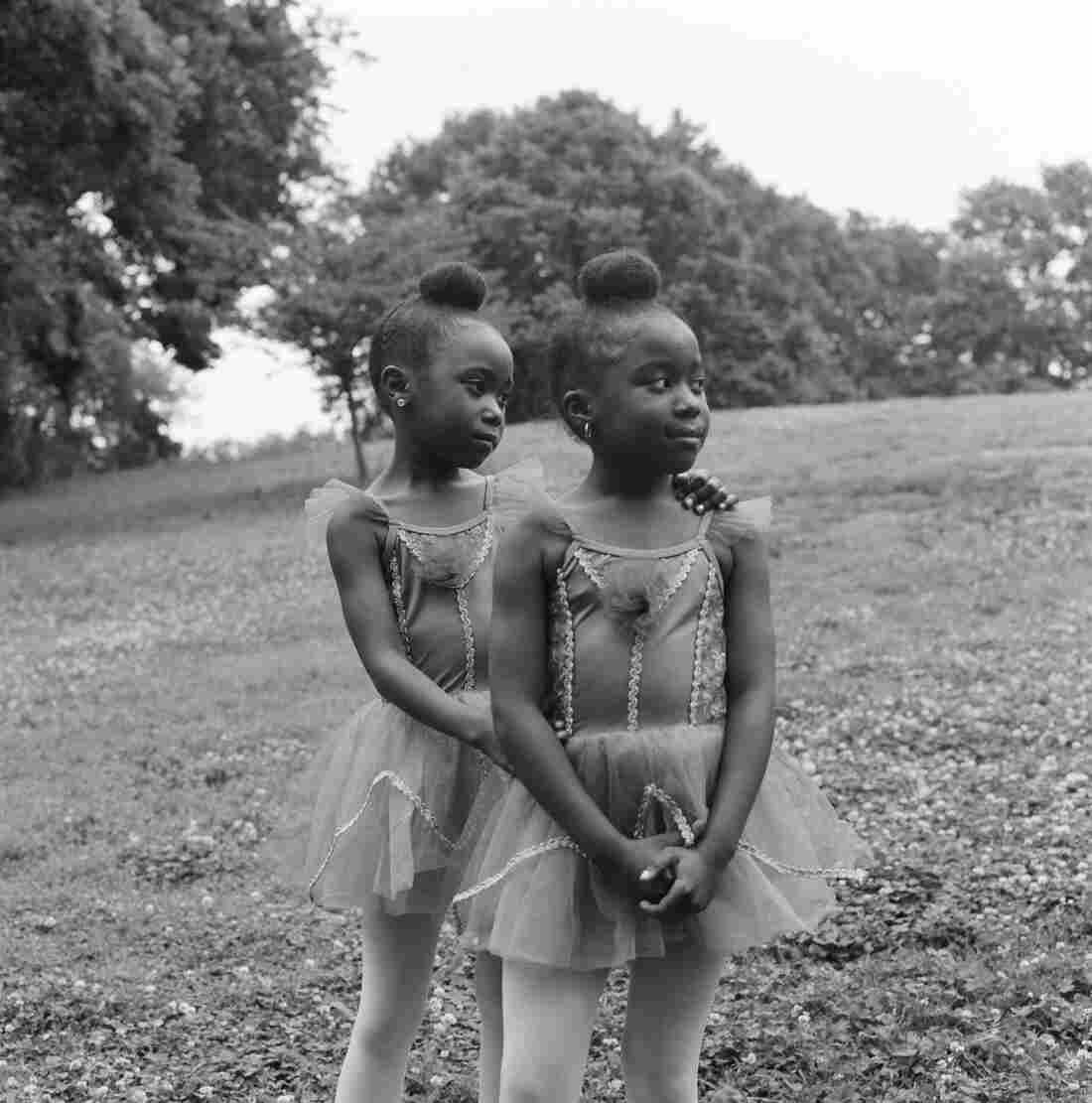 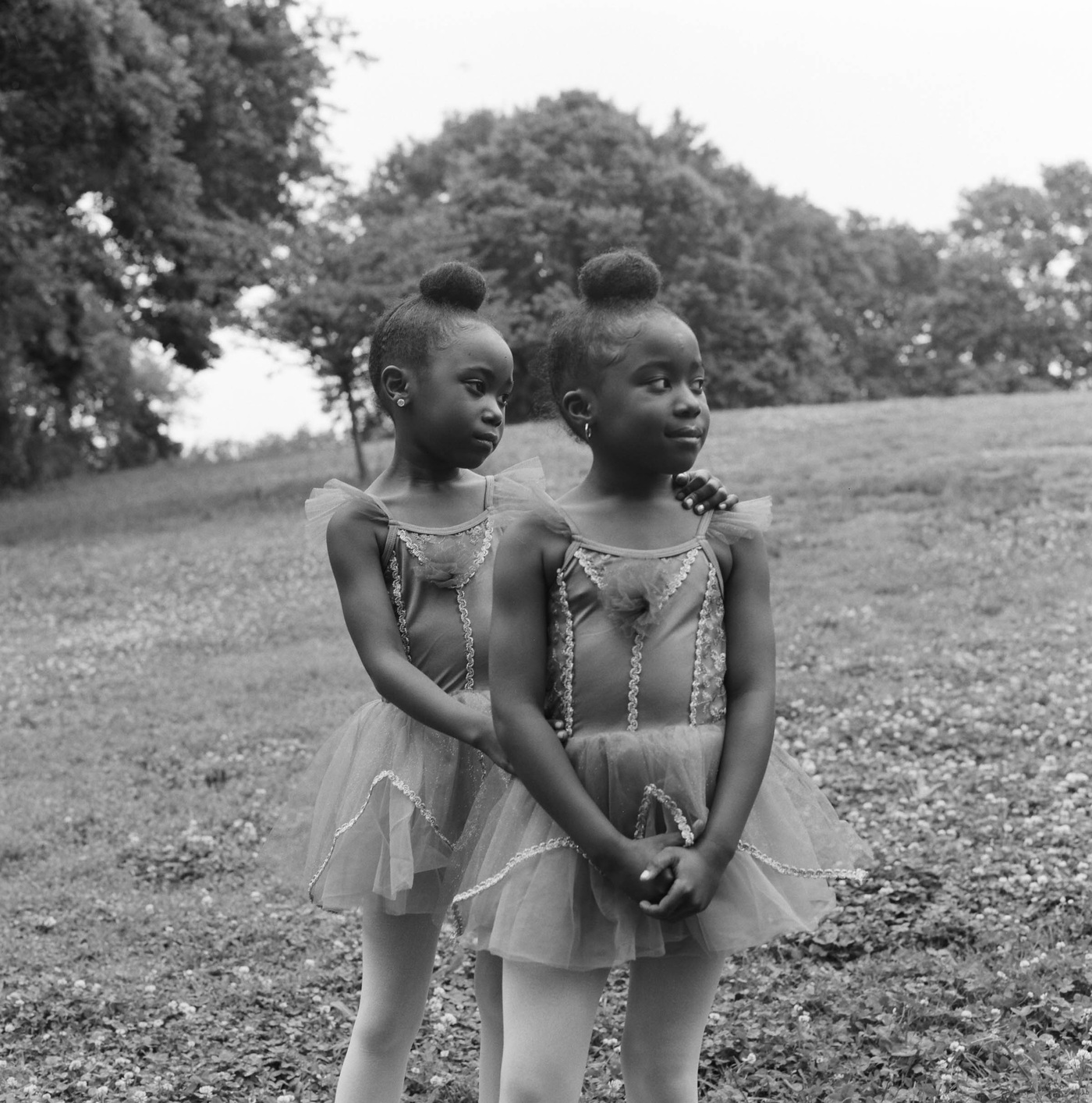 Andre Wagner is an African American artist and photographer born in Omaha, Neb. In 2014, Wagner purchased his first Leica and began to photograph on the streets of New York City. His photography explores the nuance of daily life and everyday people. He currently lives and works in Brooklyn, N.Y.

When I first got the photo book The Americans many, many years ago I had no idea it would be the book I often turn to and the one that always finds itself in my suitcase. Frank's eyes did not blink, his faith was unwavering, his truth came from the soul, and his gift leaves me knowing that I have to keep going. As photographers we may not always be able to explain why one does things, but he has proven that there's lasting power in the work when one does not lie. 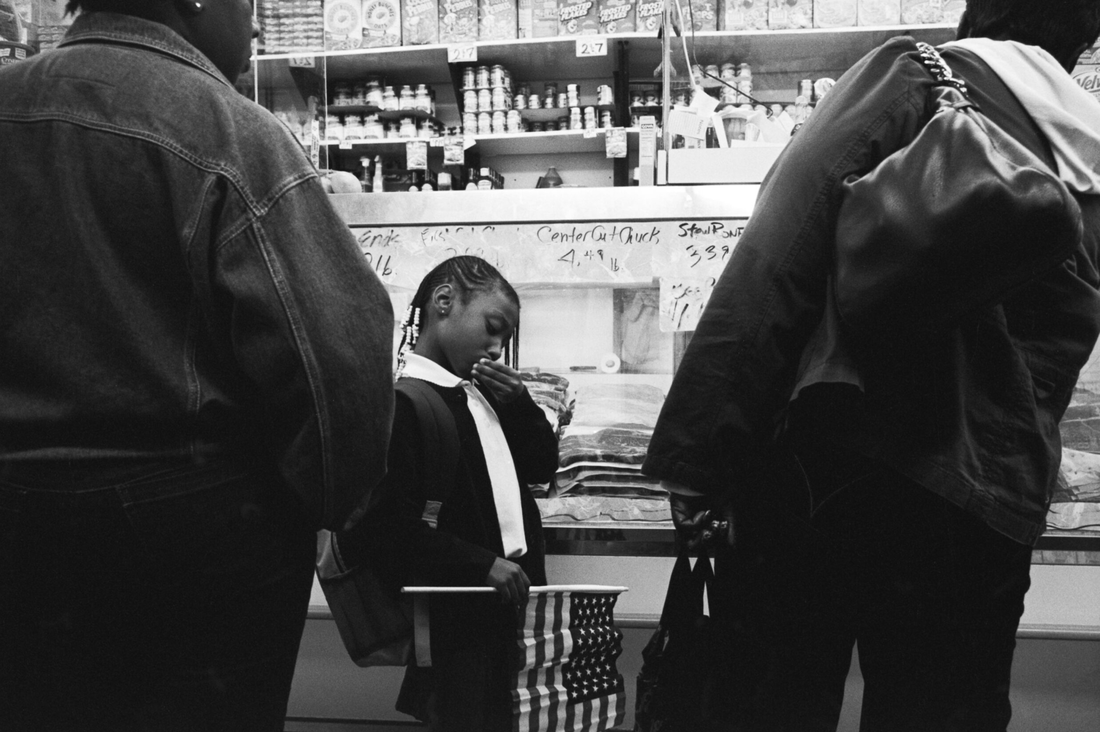 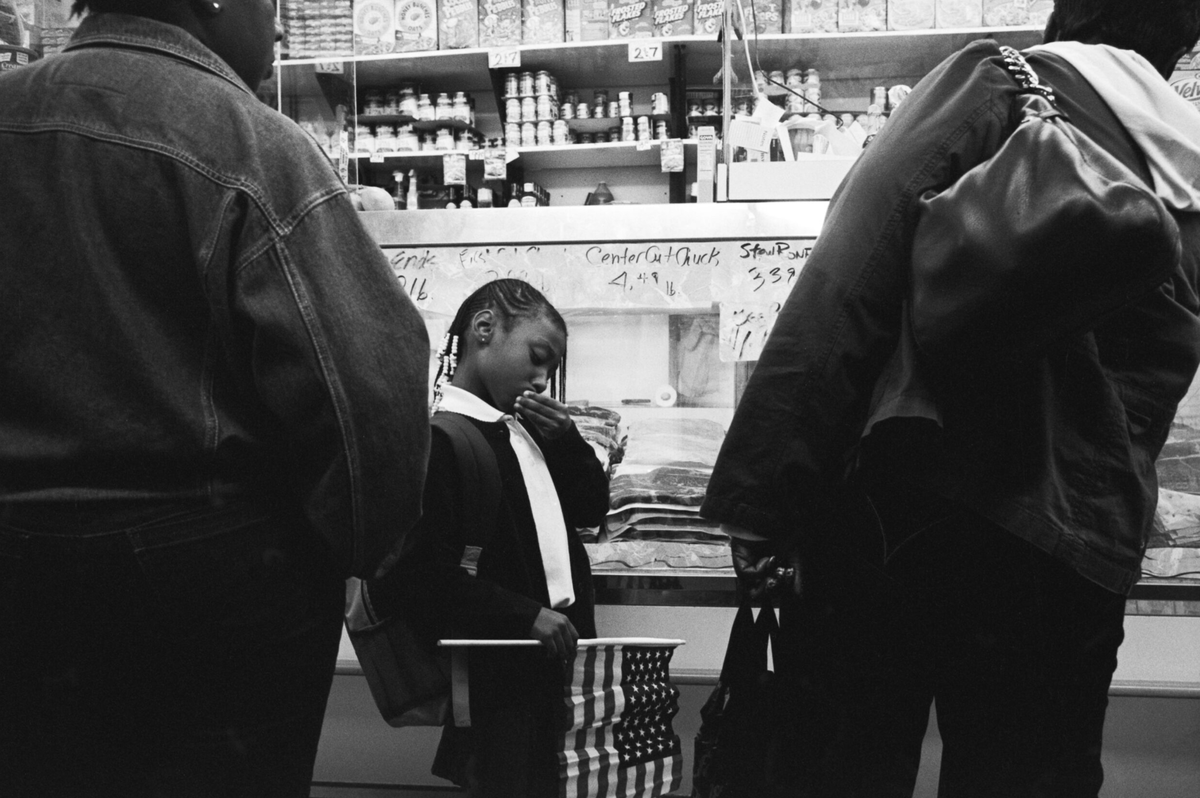