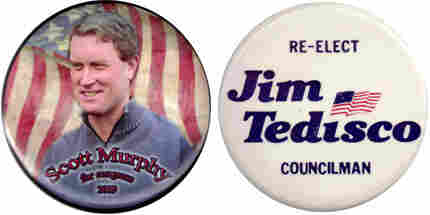 They wanna stretch it out in Minnesota? Let 'em.

In congratulating his opponent, Tedisco defended holding out until today:

This was a closely contested election that perhaps lasted a little longer than anyone may have expected or wanted. But it was important for our electoral process and for the hard-working people of Upstate New York that it be resolved fairly and decisively.

Rep. Chris Van Hollen (D-MD), chair of the Democratic Congressional Campaign Committee, had a message for the GOP:

In trying to win the NY-20 special election, the RNC, NRCC, and their Republican allies went all in on the losing gamble that voters would prefer their 'just say no' approach to President Obama's bold plans to get the economy back on track.

Scott Murphy's victory in this district where Republicans outnumber Democrats by more than 70,000 represents a rejection of the obstructionist agenda and scare tactics that have become the hallmark of House Republicans.