Accessibility links
On This Day In 1988: Bush-Dukakis Debate Dominated By 'Rape' Question : It's All Politics Twenty-one years ago today, in the second presidential debate between Vice President George Bush and Massachusetts Gov. Michael Dukakis, CNN's Bernie Shaw asks Dukakis for his reaction to a hypothetical "rape and murder" of Kitty Dukakis.

On This Day In 1988: Bush-Dukakis Debate Dominated By 'Rape' Question

On This Day In 1988: Bush-Dukakis Debate Dominated By 'Rape' Question 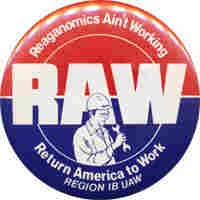 The debate begins with moderator Bernard Shaw of CNN asking Dukakis, "Governor, if Kitty Dukakis were raped and murdered, would you favor an irrevocable death penalty for the killer?" There may have been other questions in the 90 minutes, but this is the one that everyone remembers.

Today in Campaign History is a daily feature on Political Junkie.

Did you miss this daily feature while I was away in Arizona last week? Susan Casey of Atlanta, Ga., sure did:

I hope you're having a great time in Arizona, but I'm sorry you didn't post your 'this day in campaign history' feature. It's one of my favorite parts of your blog!

Apologies all around. Here are what would have been the postings on Thursday and Friday. 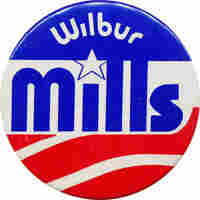 Oct. 8, 1982: The unemployment rate is at 10.1 percent, the highest in more than 40 years. Today's news immediately leads congressional Democrats and their allies in organized labor to say that the 1982 midterm elections will be a referendum on President Reagan's economic policies and will give the Democrats the White House in 1984.

The second presidential debate of 1988 is best remembered by the first question. hide caption

Oct. 9, 1974: Rep. Wilbur Mills (D-AR), chairman of the House Ways & Means Committee and one of Congress' most powerful lawmakers, is stopped for speeding by Washington, D.C. police at 2 a.m. Shortly after the car is stopped, a woman inside, a stripper by the name of Fanne Fox, jumps into the Potomac River.