Accessibility links
The Worst Political Ad Ever? This Fiorina Offering Has Got To Be Up There : It's All Politics Carly Fiorina's ad attacking fellow California GOP rival Tom Campbell has gone viral.

The Worst Political Ad Ever? This Fiorina Offering Has Got To Be Up There

The Worst Political Ad Ever? This Fiorina Offering Has Got To Be Up There 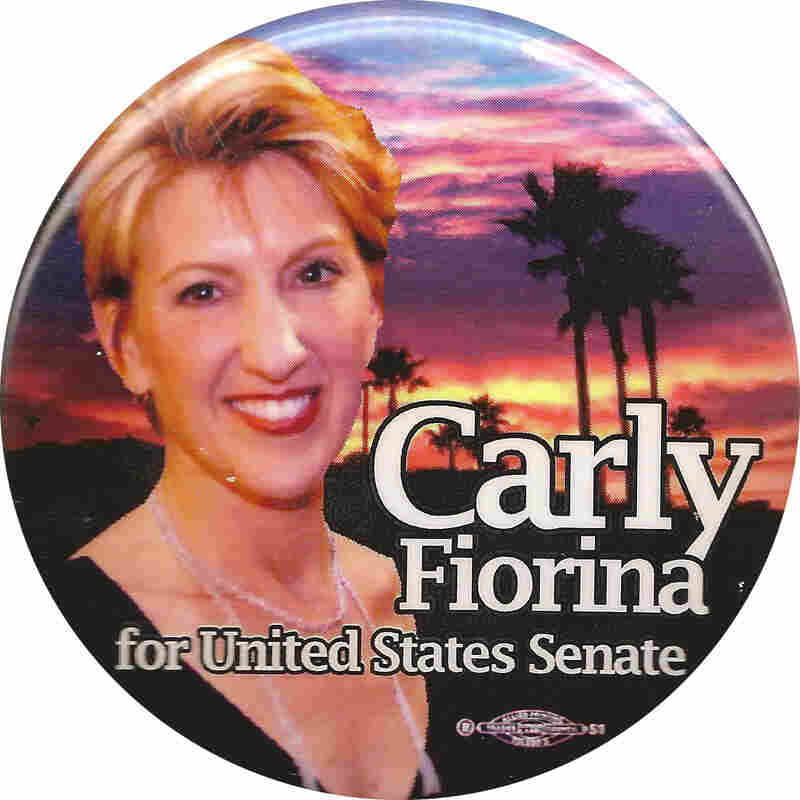 Her ad, in a word: Yikes. hide caption 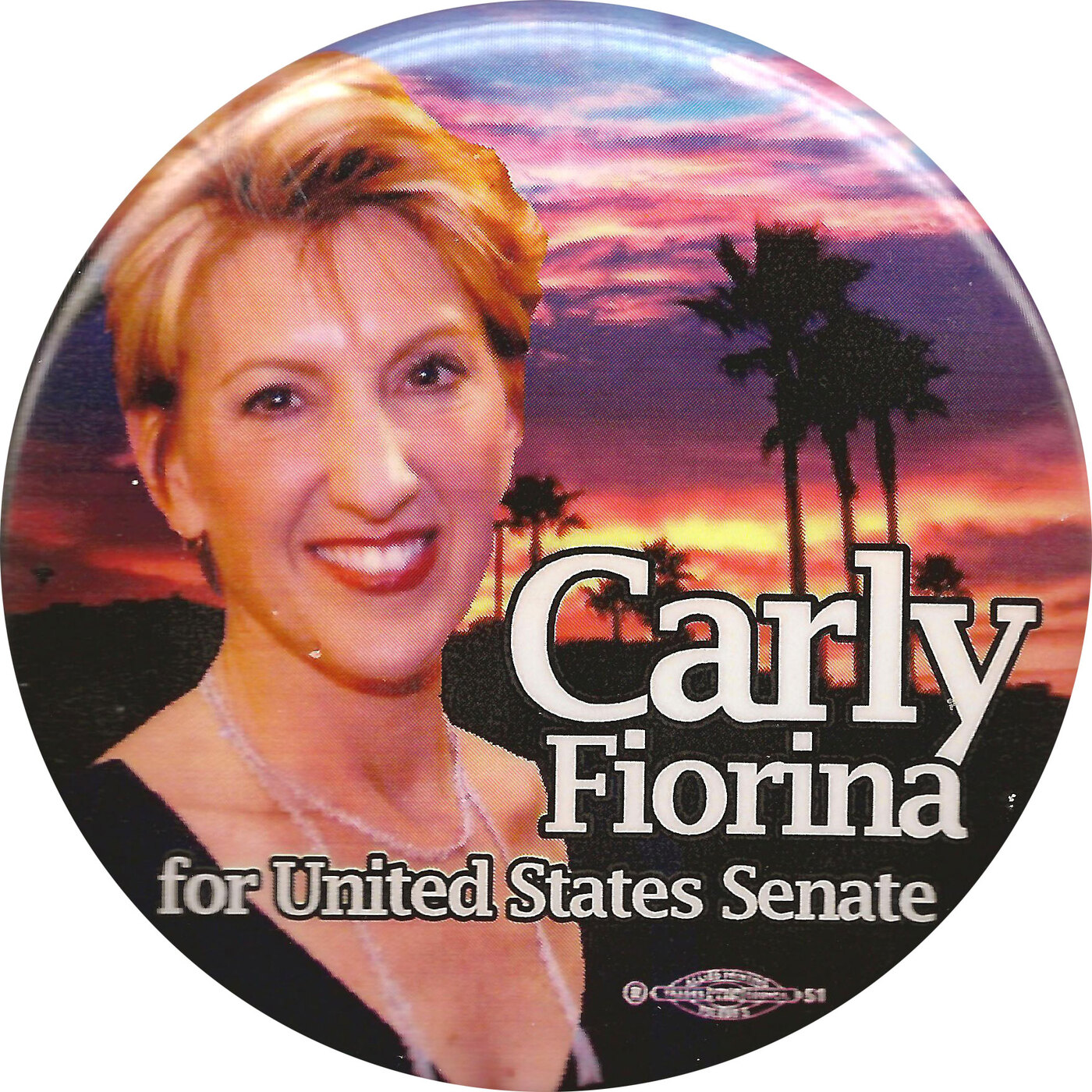 I have never done LSD -- at least I don't think so -- but I suspect its effect on me would not be much different than how I felt after I watched Carly Fiorina's "demon sheep" attack ad on rival Tom Campbell.

Fiorina, the ex-CEO of Hewlett-Packard, had been the supposed frontrunner for the Republican Senate nomination in California to take on three-term Democrat Barbara Boxer. Campbell, a former congressman who was finance director for Gov. Arnold Schwarzenegger -- maybe not the thing one should put on a resume, given the state's economic woes -- entered the Senate race just last month after his bid for the GOP gubernatorial nomination was going nowhere. Campbell has run statewide before -- he got trounced in the 2000 Senate race by Dianne Feinstein (D) and lost the Republican primary for the other seat in '92 -- and so people pretty much know who he is. But I never pictured him as the devil. Or, to be more specific, as a demonic wolf in sheep's clothing.

But that's who he is in the ad in question.

Since Campbell switched races, he has found himself leading in the polls for the nomination. A Public Policy Institute of California survey has him with an 11-point lead over Fiorina, 27-16 percent; state Assemblyman Chuck DeVore, a conservative, trailed with eight percent. A Field poll had Campbell over Fiorina by five points.

This is what apparently led to the Fiorina campaign running the demon sheep ad. In it, she lays the blame for California's financial situation on him, calling him a FCINO -- a Fiscal Conservative In Name Only.

But it's more than a simple, ordinary attack ad. It seems to go way over the top, bizarrely so, as if, well, it was the result of some bad acid trip. I really urge you to watch it yourself (and please avoid operating heavy machinery as you do so):

I think when I first saw the ad I stared at the screen without blinking for the next five minutes, completely motionless. Maybe that's the kind of mistake someone makes when running for office for the first time? Who came up with this concept, anyway?

(For the record, it was Republican media consultant Fred Davis, who also produced the McCain ad comparing Barack Obama with Paris Hilton in an attempt to turn Obama's celebrity status against him. How'd that one work out?)

Apparently I'm not the only one who thinks this ad is, well, from another galaxy.

Time magazine blogger Michael Scherer writes that the "best way" to view Fiorina's "awesomely bizarre new primary campaign ad -- which includes shots of an alien robot sheep, or something -- is by pressing play on your cassette tape of Pink Floyd's Dark Side of The Moon just as you click play on YouTube."

Jason Linkins, writing in the Huffington Post, calls it "expensive and deranged, with fake sheep crawling around with lite-brite eyes in a field, and a terrible, malformed metaphor that actually insults the fiscal conservatives whom everyone wants to win over."

Blogger Chris Matyszczyk, writing in CNET's "Technically Incorrect": "It may well be that Carly Fiorina will make for an excellent California senator. It may well be that her advisers are slapping her (and themselves) on the back because they have finally got her name out of the morass of apparently faceless politicos who are vying for the honor of failing to corral the psychedelic state. But it also may well be that they have propelled an image of Fiorina as something of nasty nutbag who shouldn't be allowed anywhere near the steering wheel of a Prius, never mind that of a state whose recall may have been total, but whose politics should be totaled."

British blogger Lester Haines: "What the remarkable 'demon sheep' seen in the vid has to do with the price of fish is anyone's guess. Still, it's good to see that the Senate race in California is being conducted in the time-honoured US fashion, with fellow party members beating the crap out of each other before they've even faced up to their true political rivals."

Chuck DeVore, who has suddenly become the forgotten candidate in all this, has set up a Web site, demonsheep.org, which proclaims it represents the "Society for the Eradication of Demon Sheep From Our Political Discourse."

But who says we're right? She got everyone talking about her ad, so Fiorina must be on to something, no? That's the view of the Christian Science Monitor's Peter Grier, who wonders if there is a "method" to the ad's "madness":

In politics, it's not a good sign when your opponent is directing attention to your ads -- particularly if they attack him by name. But is the Fiorina camp being crazy like a, uh, fox?

Maybe the ad is working. Fiorina has received loads of free media coverage that at least mentions her claim that Campbell is a false fiscal conservative. In a GOP primary, that's a tough charge. And polls show that Fiorina may be behind Campbell at this point, meaning that she needs to do something to shake up the race.

For now, the Fiorina campaign is unrepentant.

"Look, what I like about the ad is first, it's funny, but it's also factually correct," said Fiorina Thursday in response to the controversy.