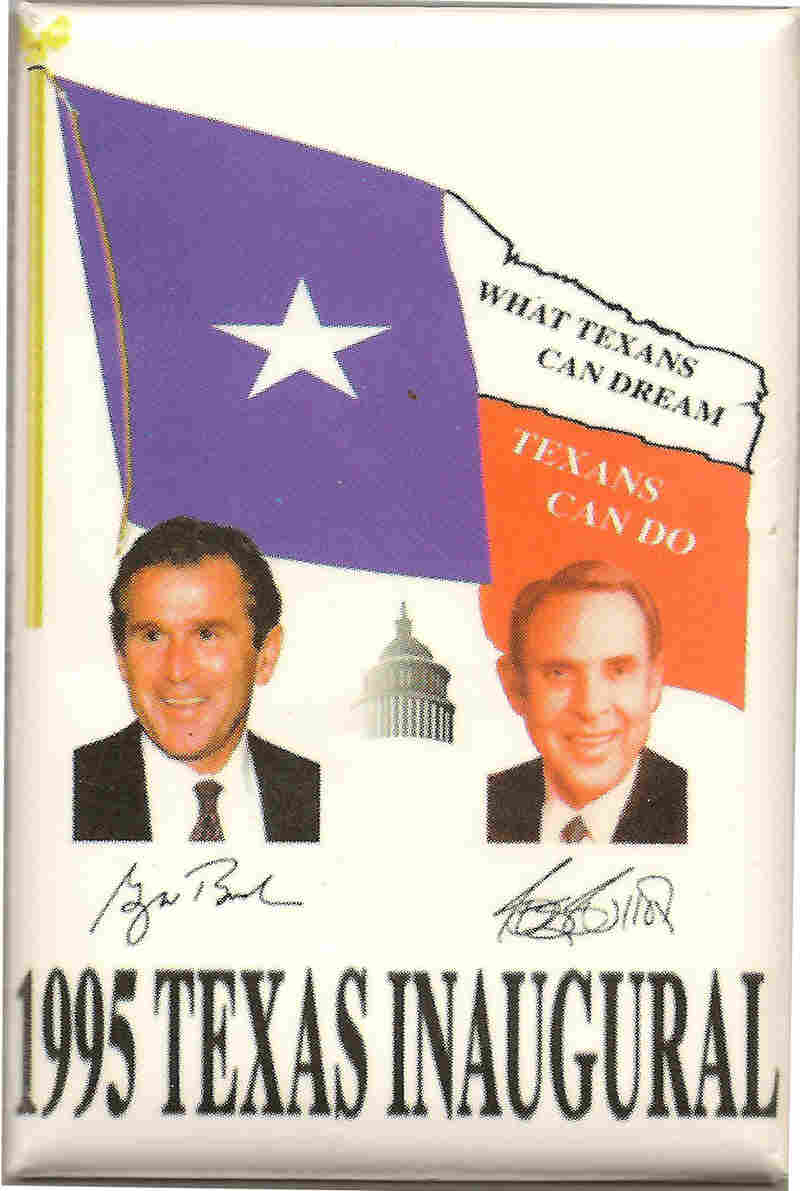 Texas Gov. Bush's relationship with his first LG, Democrat Bob Bullock, was much closer than with his second, Rick Perry. hide caption 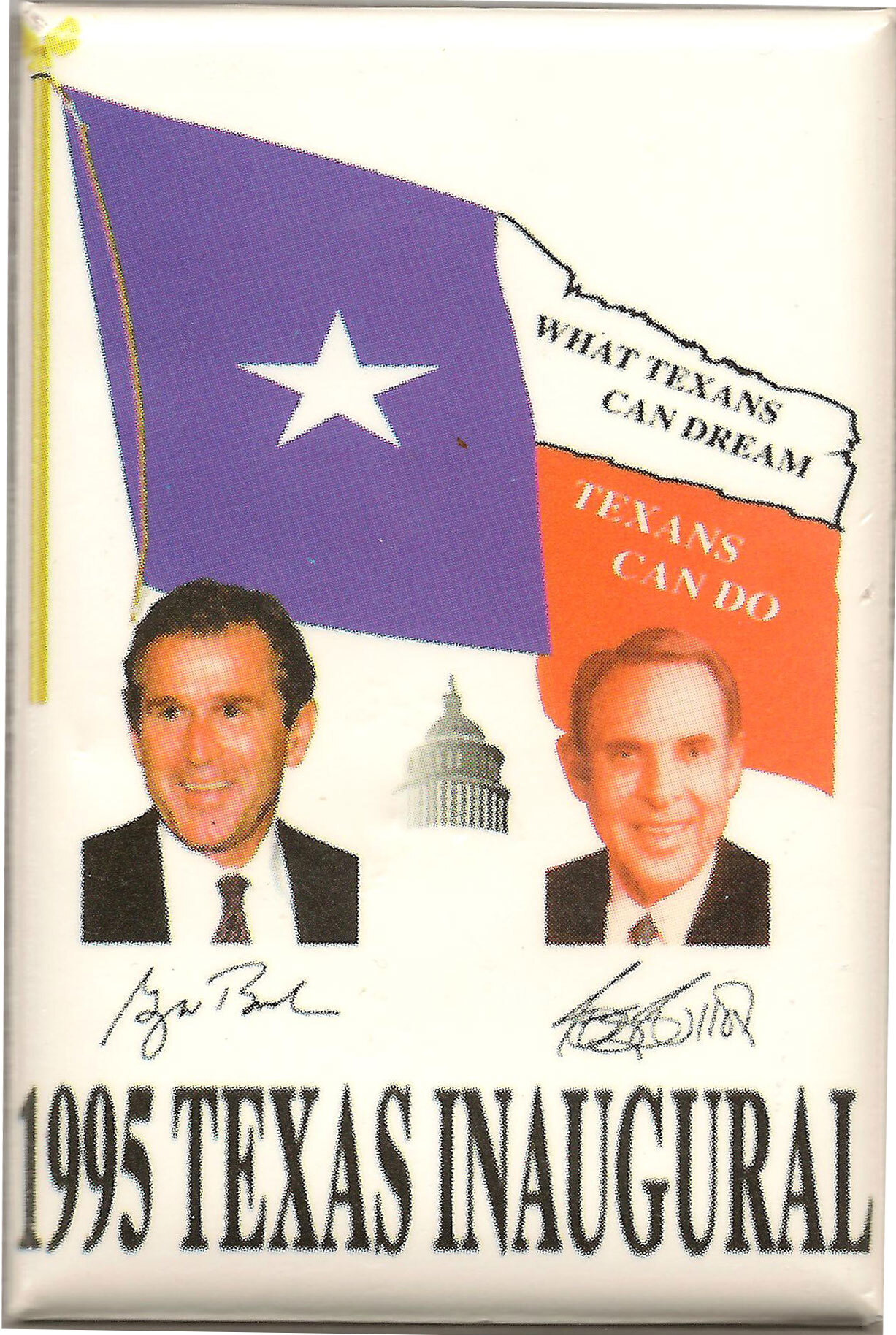 Texas Gov. Bush's relationship with his first LG, Democrat Bob Bullock, was much closer than with his second, Rick Perry.

Rick Perry has been governor of Texas since December of 2000, when George W. Bush, the president-elect, resigned. Perry has become, in the nine-plus years since, the longest serving governor in Texas history.

Perry, a favorite of social conservatives, is being challenged in the March 2 primary by Sen. Kay Bailey Hutchison. Bush used to be the favorite of social conservatives as well, if not in Austin then certainly in Washington. Yet nearly everyone who is or was associated with him and his family seem to be backing Hutchison. That list includes his vice president, Dick Cheney; his political strategist, Karl Rove; his former communications guru, Karen Hughes; his father's secretary of state, James Baker; and his parents, George H.W. Bush and Barbara Bush.

What caused the Bush-Perry split?

There is no question that Bush had a far closer relationship with his first lt. governor, veteran Democrat Bob Bullock, than he did with Perry. When Bullock retired in 1998, Perry -- then the two-term agriculture commissioner -- jumped in the race to replace him. There were no outward signs of trouble between the running mates, though Bush -- who was looking at a 2000 White House bid -- was going around the state talking up bipartisanship and reaching out to Hispanics, while Perry was in a tough contest with John Sharp, the Democratic state controller, and was not wild about the idea of encouraging more Latinos to vote. Bush's father, the former president, campaigned hard on Perry's behalf, saying this in a TV commercial:

You have an opportunity here to elect a man to perhaps the most powerful position in the state of Texas. Everyone in our family strongly supports him. You have a good man. My heart is where Barbara's is, where George's is, in the Perry corner.

(Also, when the younger Bush campaigned for president in 1999-2000, his "compassionate conservative" rhetoric included countless references to his working with Democrats such as Bullock. For his part, Gov. Perry had actively campaigned against Democratic members of the state Legislature.)

In running again this year, for an unprecedented third full term, Perry has taken some swipes, both overtly and obtusely, at Bush. He talks about how Texas has grown as a state in the last decade -- or, since Bush left office. He talks about the "corrupting ways" of Washington -- lumping Bush, Cheney and Hutchison as "country-club Republicans," or simply part of an "insider's club." Even while he was governor of Texas -- Bush "has never, ever been a fiscal conservative. ... I mean, '95, '97, '99, George Bush was spending money."

Bush loyalists have not forgiven him for this.

Perry is indeed a strong conservative -- his somewhat serious suggestion last year during Tax Day, that Texas should consider seceding from the union, was a big hit with the folks now identifying themselves as Tea Party supporters. Sarah Palin, the star speaker at the Tea Party convention in Nashville on Saturday, campaigned for Perry in Texas the following day.

His primary battle with Hutchison is widely interpreted as a battle for the soul of the GOP. And while KBH is also a conservative, at least nationally, her views on abortion and stem-cell research are more moderate than the governor's, and that's part of the ideological battle lines between the two. Not only does she come across as more of a moderate than Perry, she is widely seen as a stronger candidate in November. Four years ago, when Hutchison was re-elected to her Senate seat with 62 percent of the vote, Perry received just 39 percent in winning his four-way race.

But if the name of the game is winning the GOP primary, then Perry seems to have the upper hand, at least as of now.

Hutchison, who seriously considered challenging Perry in 2006 but opted out at the last moment, led in the polls for parts of last year. She said that Perry has had his turn and now it's time for someone else -- her.

But a lot has happened since last spring, both in the country and in the Republican Party. Once on the defensive and seemingly rudderless, Republicans have become more aggressive and assertive as the Obama and Democratic numbers have fallen. The GOP won the two governorships at stake in the November elections, and took the Massachusetts Senate race last month when few thought it was possible.

And so, as conservatives have been on the ascendancy, and anti-Washington fervor has increased, Perry has reclaimed the lead, with an overt and unrelenting appeal to the right. Waiting in the wings is the Democratic candidate, Bill White, the former mayor of Houston.

(Also running is activist Debra Medina, who has shown some support from Tea Party folks.)

The current mood seems to favor Perry. That, in turn, may not brighten the mood of the Bush fans.