Accessibility links
Flashback Friday:  This Day In 2008, Clinton & Obama Square Off In Philly : It's All Politics Two years ago today, Hillary Clinton goes on the offensive against Barack Obama in a debate.

Flashback Friday:&nbsp; This Day In 2008, Clinton & Obama Square Off In Philly

Flashback Friday:  This Day In 2008, Clinton & Obama Square Off In Philly 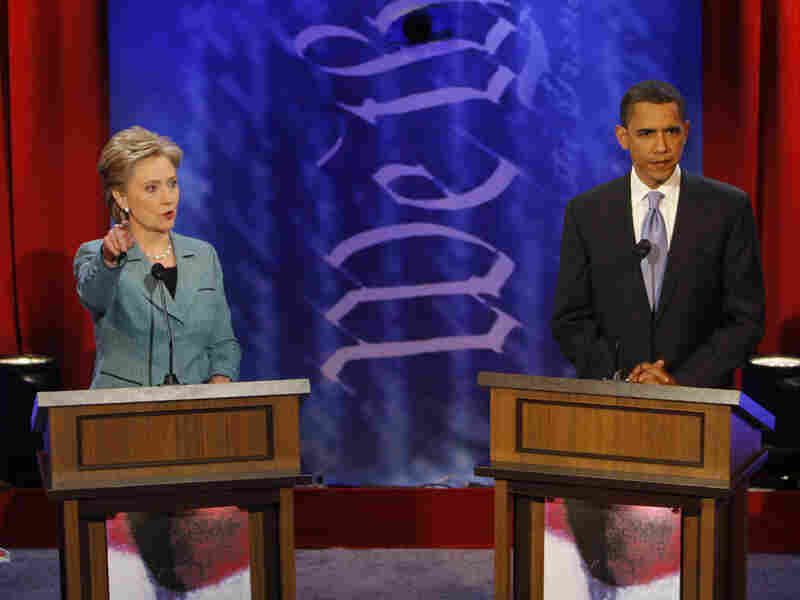 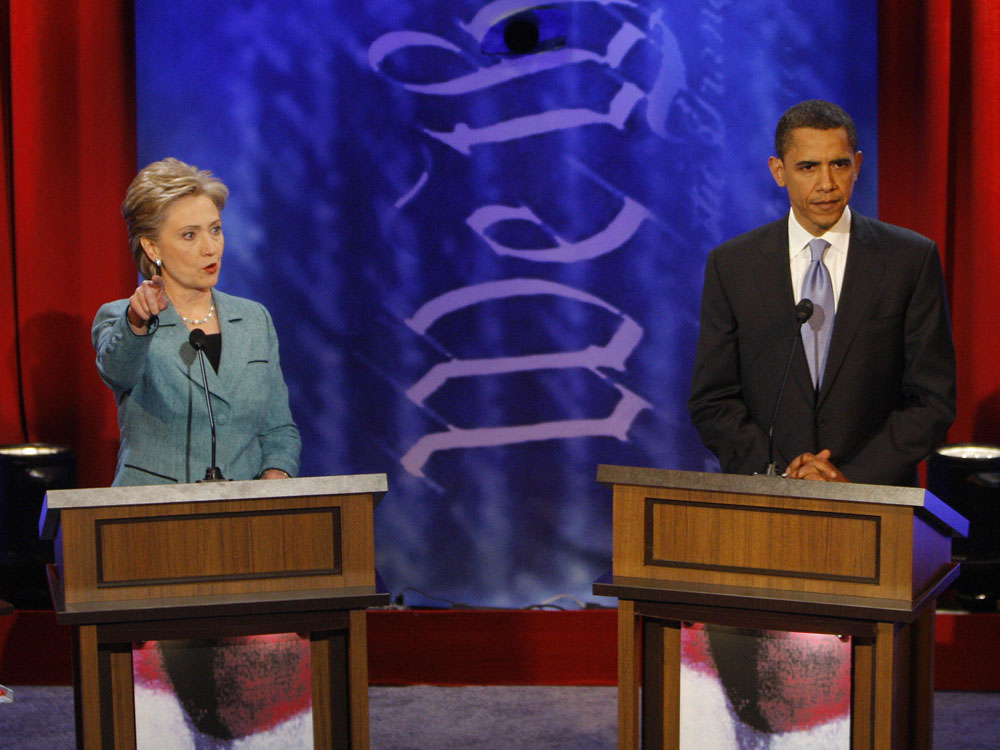 Hillary Clinton and Barack Obama debate in Philadelphia, six days prior to the 2008 Pa. Dem primary.

In a tense debate in Philadelphia just six days prior to the Pennsylvania Democratic primary, Sen. Hillary Clinton challenges Sen. Barack Obama on his record, focusing on Obama's relationship with his former pastor, the Rev. Jeremiah Wright, and his connection to the former radical Bill Ayers, as well as his comments in San Francisco earlier in the month that many small-town voters are "bitter" and "cling to guns or religion or antipathy to people who aren't like them."

Earlier, Clinton had called those comments "elitist, out of touch and, frankly, patronizing." At the debate, Obama concedes that he had "mangled up" his remarks.

It was, by many accounts, Obama's worst debate performance. Clinton will win the Pa. primary on April 22 but she ultimately loses the nomination to Obama.