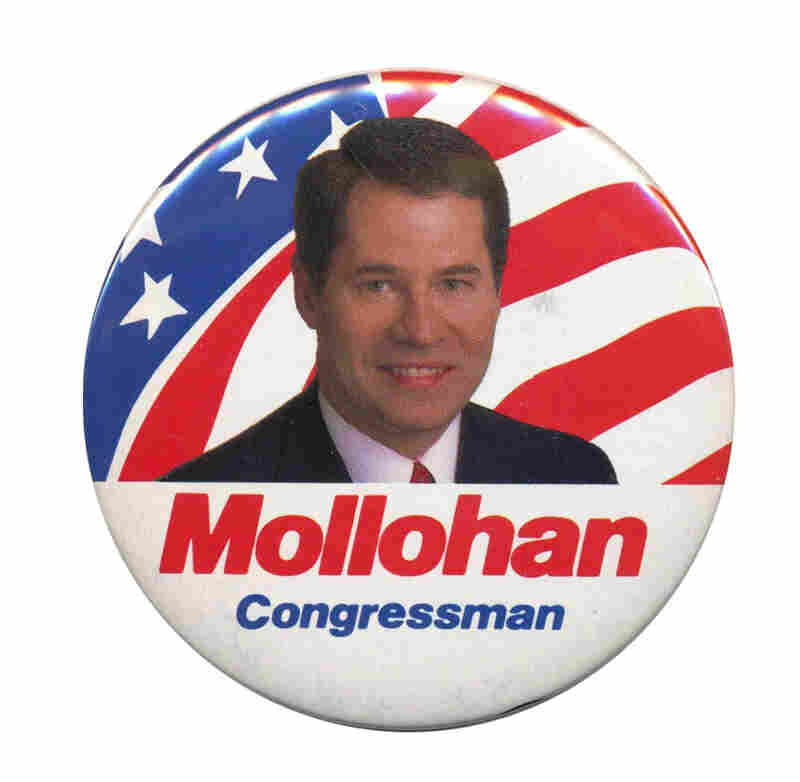 He had 28 years of seniority, a record of bringing home the bacon to his West Virginia district.  His father, Robert, had held the same seat from 1969 until his retirement in 1982.  Thus, for the past 42 years, a Mollohan has held the First District seat in the northern part of the state.

That string of electoral dominance is now over.

Rep. Alan Mollohan, who for the past four years has been bombarded by ethics questions about his role in steering earmarks to businesses run by his friends, lost his bid for renomination in Tuesday's Democratic primary to state Sen. Mike Oliverio.  And it wasn't close; the margin was 56-44 percent.

Mollohan is the first House incumbent to lose in the primary this year.  Sen. Robert Bennett, a Republican from Utah, was defeated in his bid for a fourth term in Saturday's GOP state convention.

Along with his ethics woes, Mollohan was put on the defensive over his vote in favor of the health-care bill in March.  The National Right to Life Committee, which had long supported the anti-abortion Mollohan, switched its endorsement to Oliverio because of his vote.

But while Mollohan was pro-life and considered an ally of the gun industry, he also voted against the Iraq war resolution and the Bush tax cuts.

Oliverio ran against Mollohan from the right, actively soliciting Tea Party support and blasting the congressman for his ties to House Speaker Nancy Pelosi.  He also said Mollohan's ethics questions had ended his effectiveness in representing the district.  Oliverio had said that, if elected, he wasn't sure he could vote for Pelosi for speaker.

While Mollohan had always won re-election by landslide margins -- a potentially strong Republican managed only 36 percent against him in 2006, and two years ago he ran unopposed -- there was always the sense that Mollohan was living on borrowed time.

Winner of the six-way Republican primary is former state Rep. David McKinley.  CQ/Roll Call's Greg Giroux writes that the GOP "had hoped to face a politically weakened Mollohan in the general election but are still expected to make a play for a historically Democratic but culturally conservative district" that gave Sen. John McCain 57 percent of the vote in the 2008 presidential election:

Even with Mollohan now out of the picture, McKinley told West Virginia radio host Hoppy Kercheval on Tuesday night that his race with Oliverio “is going to be a referendum on the Obama administration and Nancy Pelosi’s liberal agenda.”

Nick Casey, chairman of the West Virginia Democratic Party, described Oliverio as a “great Democrat” and said Republicans would have difficulty linking him to President Barack Obama and Democratic leaders.

“They came in and beat up on Mollohan for years and years on the Republican side for all sorts of things, none of which are applicable to Mike Oliverio,” Casey said.

Mollohan and Utah's Bennett may be the first incumbents to lose in this election cycle but they may not be the last.  Two Democratic senators, Arlen Specter of Pennsylvania and Blanche Lincoln of Arkansas, face serious challenges in their respective May 18 primaries.  Other House members, notably Bob Inglis (R-SC) and Jim Matheson (D-UT), also have their hands full in their upcoming primaries as well.  And Politico's Alex Isenstadt suggests we watch how these incumbents fare in their primaries as well:  Jane Harman (D-CA), Paul Kanjorski (D-PA) and Carolyn Cheeks Kilpatrick (D-MI).