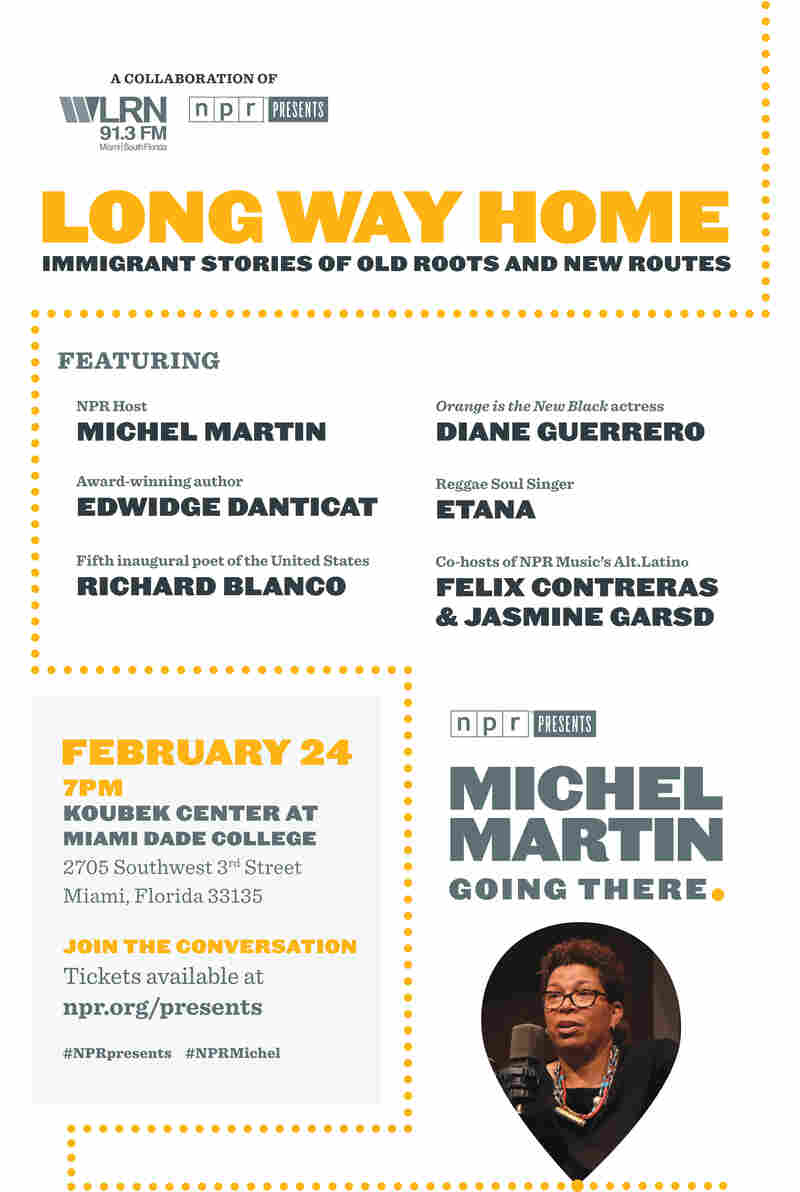 NPR's Michel Martin is headed to Miami, a city transformed by modern immigration, to spotlight accounts of diaspora alongside a variety of artists who share stories of their own journeys in a live, on-stage conversation.

Driven by their search for a better life, generations of immigrants have found hope within U.S. borders – but their ambitions are never without cost. With its rich cultural history and close proximity to the Atlantic Ocean, Gulf of Mexico and Caribbean Sea, Miami has seen extraordinary growth and diversification in its population over the last fifty years. The city is now home to one of the largest foreign-born communities in the U.S., and every resident has their own story.

In Miami, Martin shares the stage with Orange is the New Black star Diane Guerrero; award-winning author Edwidge Danticat; Richard Blanco, the fifth and youngest poet to read at a U.S. presidential inauguration; reggae musician Etana; and NPR Alt.Latino co-hosts Felix Contreras and Jasmine Garsd. A live, on-stage dialogue will take shape around their personal narratives – the challenges and victories they have encountered along the way, and how their cultural legacies have influenced their approach to life and success.

Tickets can be purchased here (seating is limited).