Accessibility links
Biden Administration Will 'Speed Up' Efforts To Put Harriet Tubman On $20 Bill : President Biden Takes Office Press secretary Jen Psaki said it's important that "our money ... reflect the history and diversity of our country." The effort to redesign the $20 bill foundered during the Trump administration. 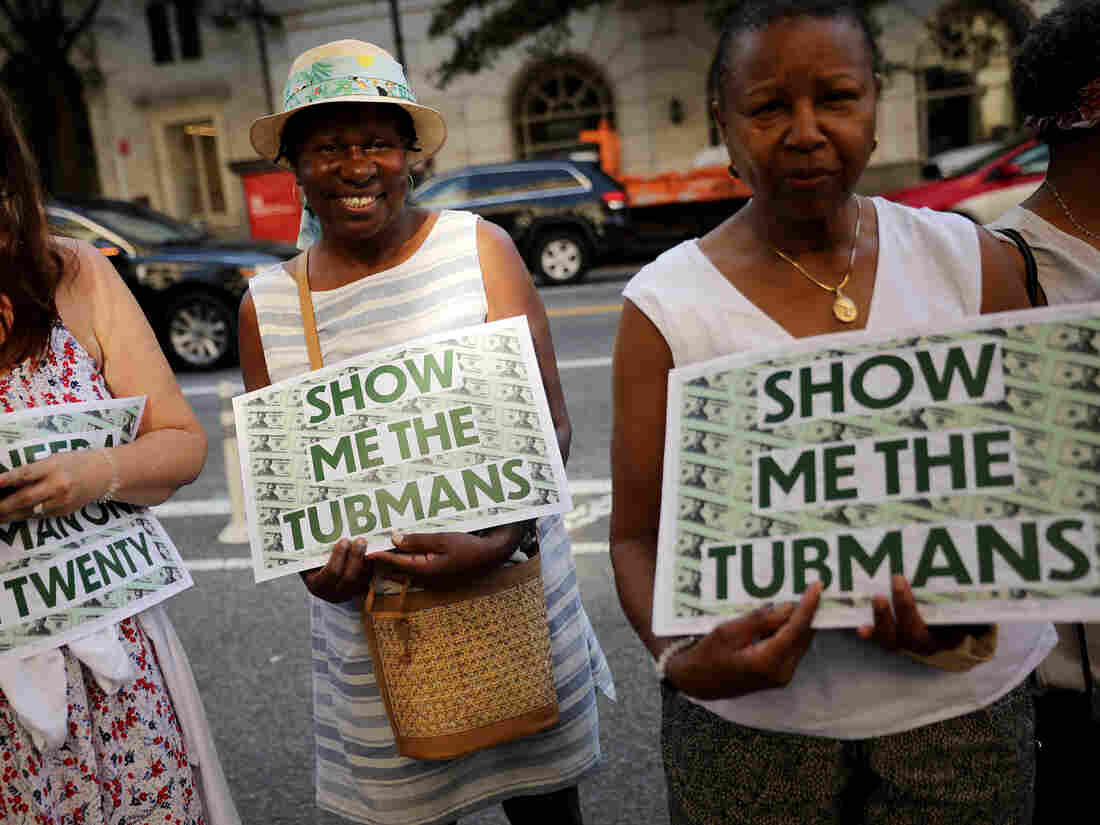 Supporters rally outside the U.S. Treasury Department in 2019 to demand that American abolitionist Harriet Tubman's image be put on the $20 bill. Chip Somodevilla/Getty Images hide caption 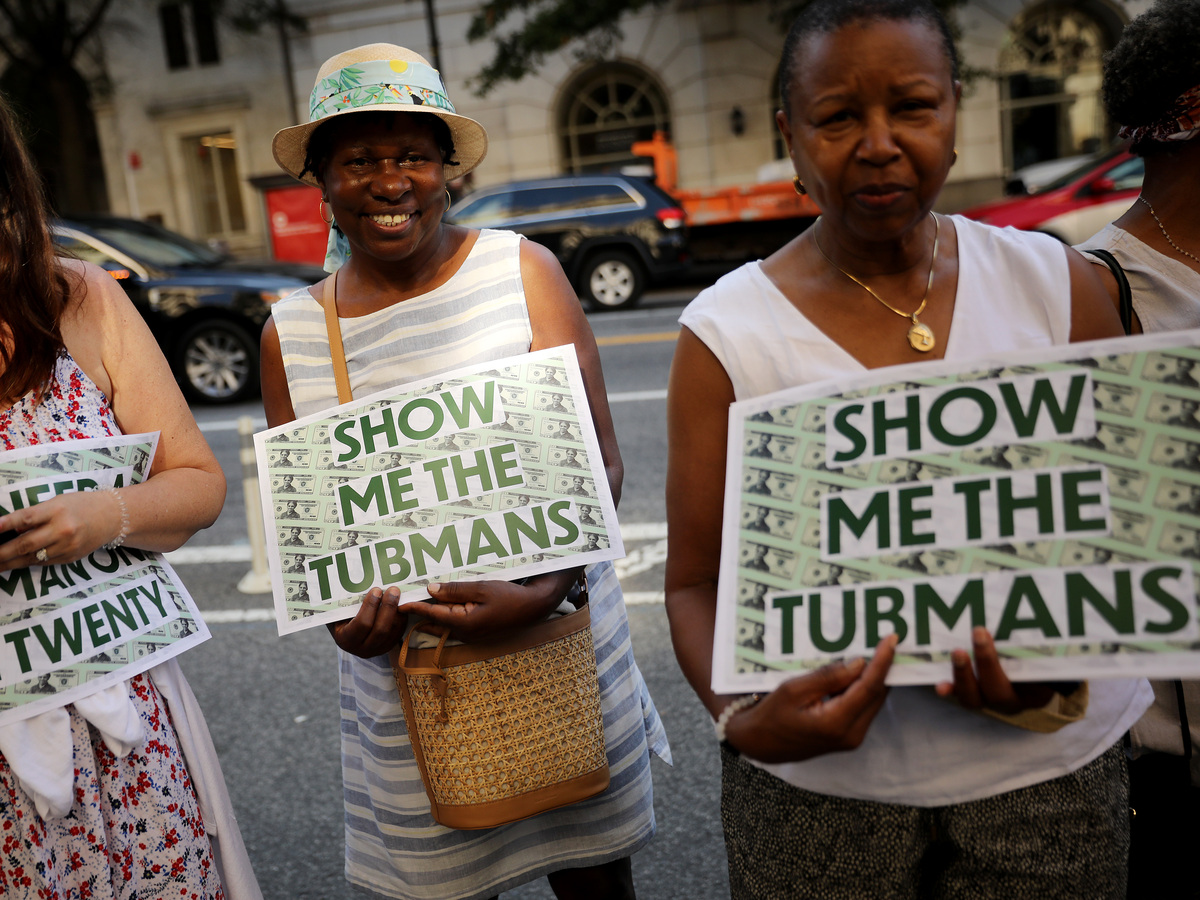 Supporters rally outside the U.S. Treasury Department in 2019 to demand that American abolitionist Harriet Tubman's image be put on the $20 bill.

The Biden administration will resume efforts to redesign the $20 bill to feature abolitionist Harriet Tubman, the White House said Monday.

Press secretary Jen Psaki said it's important that "our money ... reflect the history and diversity of our country, and Harriet Tubman's image gracing the new $20 note would certainly reflect that. So we're exploring ways to speed up that effort."

In April 2016, Treasury Secretary Jacob Lew announced that Tubman's portrait would be on a redesigned $20 note, to be unveiled in 2020. The image of President Andrew Jackson, a slaveholder, would be moved to the bill's reverse side.

Before his election, Donald Trump, a fan of Andrew Jackson, disparaged the change in the currency as "pure political correctness" and suggested Tubman be put on the $2 bill instead.

In June 2019, the Treasury said it would conduct an investigation into the circumstances leading to a delay in the production of a new $20 note.

Tubman escaped slavery and helped lead more than 300 others to freedom.

In an April 2016 interview with NPR, Lonnie Bunch, the founding director of the Smithsonian's National Museum of African American History and Culture, described the significance of putting a legendary conductor of the Underground Railroad on the country's currency.