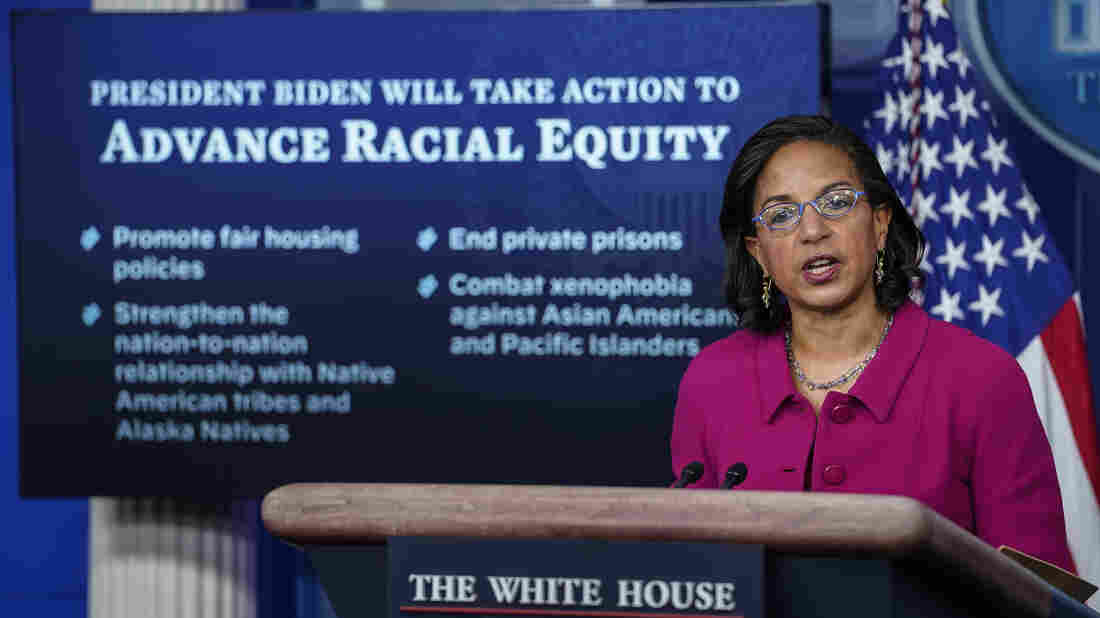 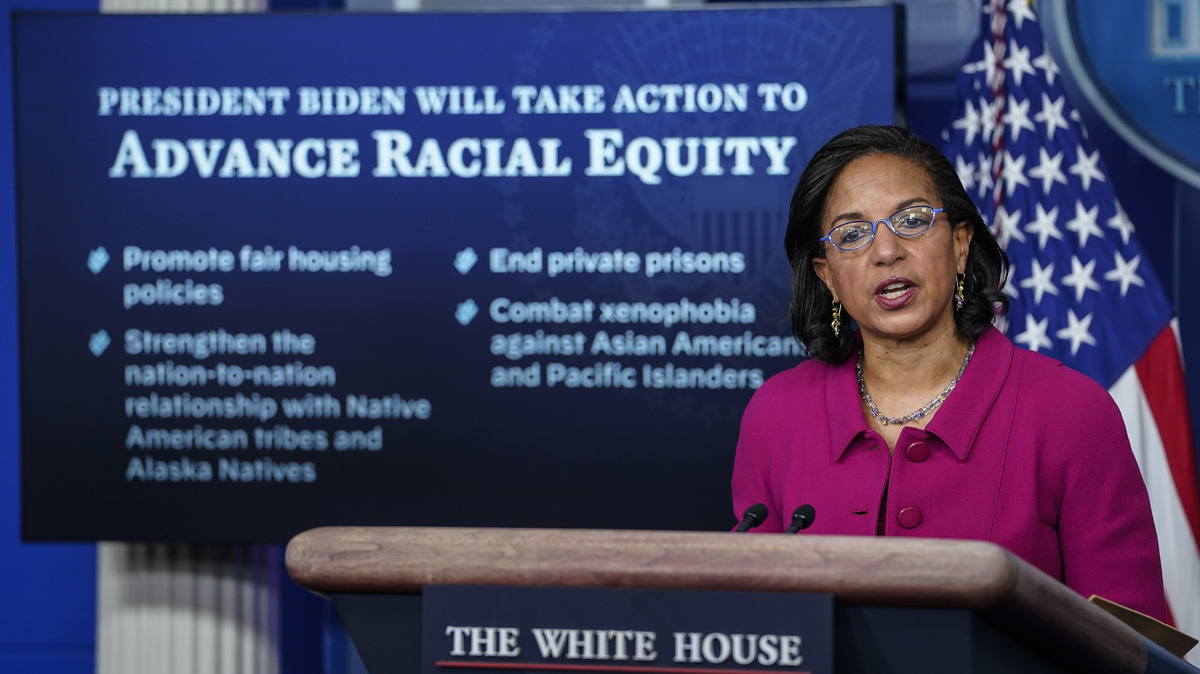 Saying it's time to act "because that's what faith and morality require us to do," President Biden on Tuesday signed four executive actions aimed at advancing racial equity for Americans the White House says have been underserved and left behind.

Biden said Tuesday that the measures follow one of his core campaign promises: to restore "the soul of the nation," as he often said during the presidential race.

"Our soul will be troubled," he said, "as long as systemic racism is allowed to exist."

In announcing the actions, Biden cited the killing of George Floyd, a Black man, by a Minneapolis police officer last May, which touched off demonstrations in cities across the United States. Biden called the killing "the knee on the neck of justice," and said that because of it, "the ground has shifted. It changed minds and mindsets."

Before the signing ceremony, Biden also called for restoring and extending the Voting Rights Act, but announced no new initiatives regarding ballot access. Some state legislatures are seeking to restrict access in the aftermath of November's elections.

Earlier, domestic policy adviser Susan Rice told reporters that "advancing equity is a critical part of healing and of restoring unity in our nation."

Rice cited a 2016 Department of Justice inspector general's report that she said found private prisons are "less safe, less secure and arguably less humane." She said Biden is committed to reducing incarceration levels "while making communities safer," which she said starts with not issuing any new federal contracts for private prisons. But Rice said the order does not apply to private prisons used by Immigration and Customs Enforcement.

The ACLU called Biden's action on private prisons "an important first step," but that he "has an obligation to do more, especially given his history and promises."

According to the federal Bureau of Prisons, a little over 14,000 federal inmates are currently in privately managed facilities. That's 9% of total federal inmates.

The White House said the presidential memorandum on housing directs HUD to "examine the effects of the Trump administration's regulatory actions that undermined fair housing policies and laws," and the measure also "recognizes the central role the federal government has played implementing housing policies across the United States, from redlining to mortgage discrimination to destructive federal highway construction, that have had racially discriminatory impacts."

The Biden administration says the executive action on tribal sovereignty shows its commitment "to re-establishing federal respect for Tribal sovereignty, strengthening the Nation-to-Nation relationship between the federal government and American Indian and Alaska Native Tribes, empowering self-determination, and advancing racial justice for Native communities." The order, the White House says, "reinvigorates the commitment of all federal agencies to engage in regular, robust, and meaningful consultation with Tribal governments."

Biden's presidential memorandum on Asian American and Pacific Islanders establishes that the policy of the administration "is to condemn and denounce anti-Asian bias and discrimination," which Biden called "unacceptable and un-American."

Hate crimes against Asian Americans rose along with the spread of the coronavirus, which emerged from China. Former President Donald Trump routinely referred to it as "the China virus."

The memorandum directs the Department of Health and Human Services "to consider issuing guidance describing best practices to advance cultural competency, language access, and sensitivity towards AAPIs in the federal government's COVID-19 response." It also directs the Department of Justice to work with Asian American and Pacific Islander communities "to prevent hate crimes and harassment against AAPIs."

One executive action signed last week requires all federal departments and agencies to look for ways to address racial equity.

And a senior government official, who spoke to reporters Tuesday on the condition of not being identified, said, "This is not the end of our work on racial equity," adding that "we'll have a lot more work to do in the coming weeks and months."