Accessibility links
Dan Schorr: One Of A Kind : NPR Public Editor Lucky for me I had two great encounters with Dan Schorr, who died Friday. In one, he discovered a flaw in Bob Woodward's memory. In the other, well, read on.

Dan Schorr: One Of A Kind

Dan Schorr: One Of A Kind

Dan Schorr, who died Friday, broke all kinds of stories. A favorite of mine was how he discovered that America's most celebrated anonymous source, Watergate's "Deep Throat," never uttered the now-famous words: "Follow the money." 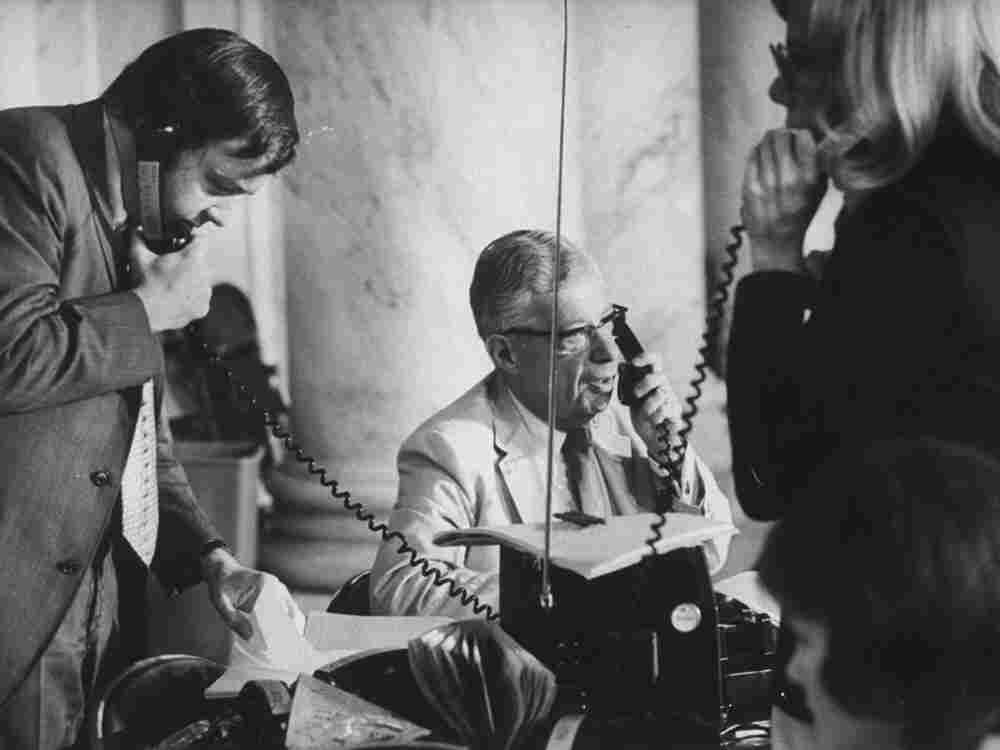 Schorr works at a press table during the Watergate hearings on June 1, 1973, while on assignment for CBS News. (Gjon Mili//Time Life Pictures/Getty Images) hide caption 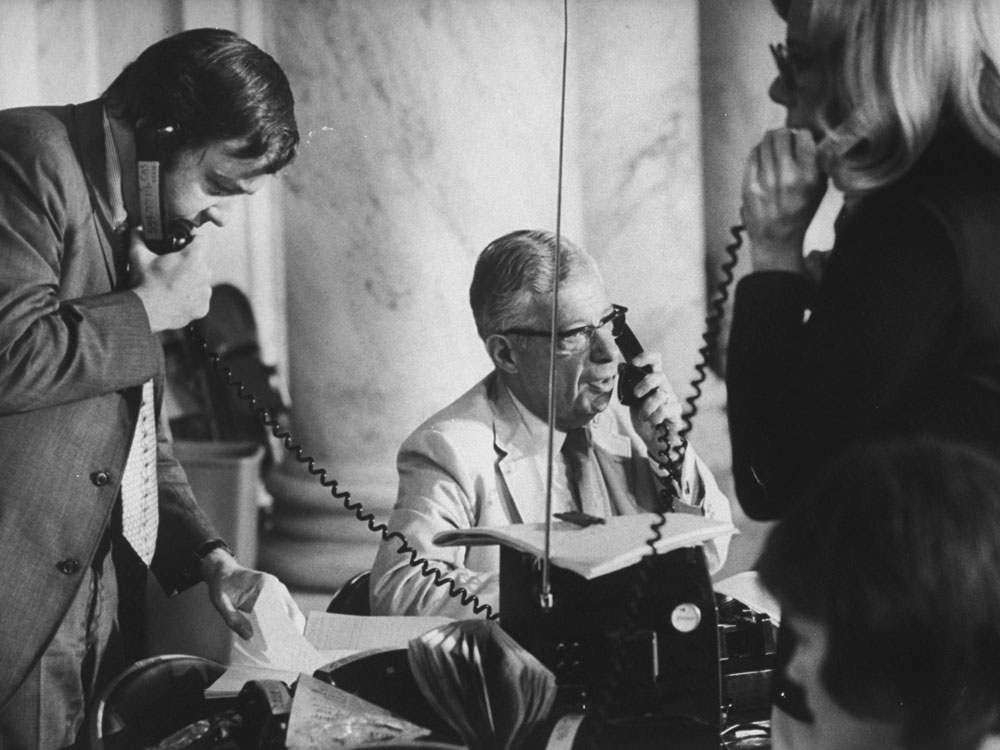 Schorr works at a press table during the Watergate hearings on June 1, 1973, while on assignment for CBS News. (Gjon Mili//Time Life Pictures/Getty Images)

"Follow the money" has become a prescription for good journalism. It's what Washington Post reporters Bob Woodward and Carl Bernstein did back in the early 1970s when they were investigating the Watergate cover-up that would cost President Nixon his job.

The phrase became part of the lexicon as a result of a scene in the 1976 movie, All the President's Men, when a shadowy Deep Throat met Woodward in a parking garage and told him: "Follow the money."

Naturally, when I was writing my book about Bob Woodward and Carl Bernstein, an obvious journalist to interview was Dan Schorr. Schorr had covered Watergate for CBS.

Turns out that Schorr, at one point, was writing a commentary for NPR. He needed to know on what page of Woodward and Bernstein's book, All the President's Men, Deep Throat said to "Follow the money."

He assigned the task to his research assistant, who couldn't find it.

You can almost hear the sometimes gruff Schorr, saying, "Give me the book, kid. I'll find it." Schorr paged through and couldn't find it.

So he called Woodward. Woodward asked for a night to find out on what page the famous line was written.

A sheepish Woodward called Schorr the next day, and said, "It's not in the book." It turns out that William Goldman, who wrote the movie script, made it up!

Over time Woodward had come to believe that Deep Throat actually said it.

Schorr loved the story and gave it to me for my book, Woodward and Bernstein: Life in the Shadow of Watergate.

After the book came out, I was on a star-studded Watergate panel in October 2007 hosted by the Society for Professional Journalists. I was in over my head.

On the panel were journalistic rock stars, Woodward, Bernstein, Ben Bradlee, Scott Armstrong and, of course, Dan Schorr. I say "rock stars" because when they walked into the room with 1,000 people, many rushed the stage clicking photos as if these journalists were Mick Jagger and Keith Richards.

Schorr had achieved enduring fame for many things, notably his own Watergate coverage, which attracted Richard Nixon's vitriol. He famously – and proudly – appeared on Nixon's so-called "Enemies List."

Schorr, then 91, shared his Nixon stories, and then unexpectedly left midway through the panel.

While Woodward was speaking, Schorr leaned over to me and whispered, "Got to go. Nature calls." And got up and left the stage.

You can do that when you are Dan Schorr.