Accessibility links
Harry Shearer and NPR: The Big Uneasy : NPR Public Editor Comic personality Harry Shearer wanted coverage for his new Katrina documentary, "The Big Uneasy" but didn't like what NPR offered. So he got even, accusing NPR of censorship in a Huffington Post blog. Here's what really happened. 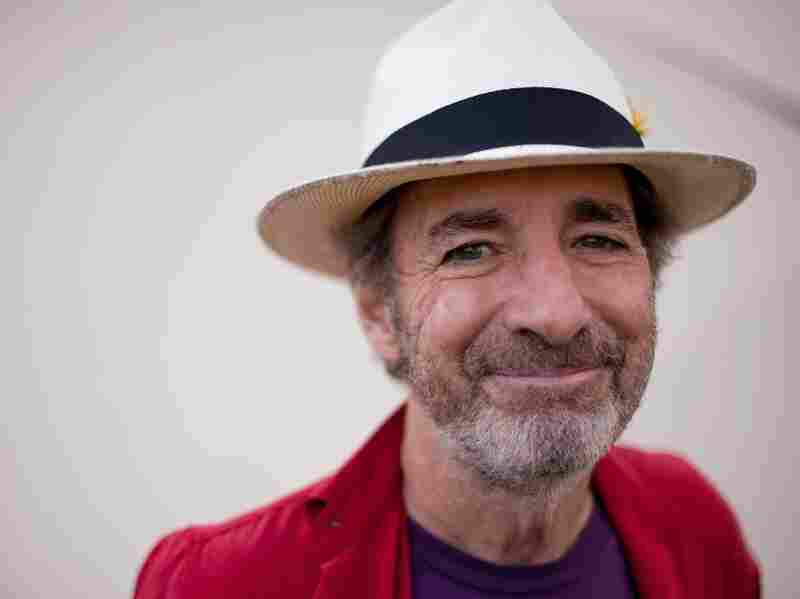 NPR listeners may be familiar with Harry Shearer’s humor from his satirical pieces in the past for All Things Considered. But Shearer didn’t find anything funny about how NPR treated his new documentary.

Shearer just came out with The Big Uneasy, a film documenting that New Orleans suffered a man-made – not a natural – disaster five years ago during Hurricane Katrina.

He hoped to get publicity on one of NPR’s two flagship shows, Morning Edition (ME) or All Things Considered (ATC).

Instead, Shearer learned how territorial NPR shows can be. Shearer appeared on NPR’s Talk of the Nation (TOTN) on Aug. 26. TOTN airs on 328 public radio stations and reaches an audience of 3.2 million a week. [Update: Midday Talk shows typically have smaller audiences than late afternoon programming. But TOTN is the 2nd largest for any midday talk show on public radio. Fresh Air is first with 4.5 million.]

Radio usage among public radio listeners is typically higher in afternoon drive-time than it is during the midday.  Therefore any Midday Talk show, not just TOTN, is going to have a smaller audience than a Newsmagazine such as ATC.

TOTN’s national audience is the 2nd largest for any midday show in Public Radio.

“That seemed like an okay first step,” he told me. “It was never suggested to us that being booked on TOTN would foreclose any other coverage from other NPR programs.”

But it usually does.

With shows often interested in the same guest, NPR has a "Dibs List" for the news shows it produces: ATC, ME, their weekend versions, TOTN and Tell Me More. The system allows shows to compete equally for interviews with authors, actors, musicians, film directors, etc.

The first show to "Dib" a person effectively has a "reserve" on that person.

The Dibs List was set up about five years ago to prevent bigger shows (ME and ATC) from snagging all the big-name personalities. NPR also hoped to prevent publicists from cherry picking shows and to avoid having multiple NPR staffers calling the same person about interviews.

The Dibs List applies to cultural coverage. It doesn’t apply to newsmakers. Shearer considered his film news; NPR did not.

TOTN put in the first request, and got Shearer.

“If I’m the property of TOTN, I don’t want to be,” said Shearer in a call from London. “I want to be the property of the shows reaching the largest audiences. Everybody knows that TOTN has a fraction of the audience that ATC or Morning Edition have.” (An average-quarter hour audience for TOTN is 605,700; for ATC it’s 1.8 million.).

Shearer got 30 minutes on TOTN. Even so, he said someone at NPR should have told him that, by appearing on TOTN, it would preclude him from appearing on other shows.

His thinking is misguided.

No guest or publicist has a say in what show they appear on, said Stuart Seidel, deputy managing editor. “NPR gets to decide who goes on NPR's air and when," he said.

(Had Shearer turned down TOTN hoping for ATC, under Dibs List rules he likely wouldn’t have gotten on NPR at all.)

Shearer decided to go another route. He placed a $75,000 order for an underwriting credit to appear on ME or ATC. He wanted it to say:

Harry Shearer, presenting his documentary “The Big Uneasy” about why New Orleans flooded and why it could happen again. In theatres nationwide for one night only – August 30th.

Credits, which are similar to ads, pose special problems because it’s public radio. The Federal Communications Commission (FCC) has strict rules for public radio credits: They can’t make any claims, give opinions or call for action.

And here’s where it got ugly. Neither NPR nor Shearer could come to terms on acceptable language to meet those guidelines.

NPR’s legal team argued that Shearer’s language expressed his view of the events and aftermath of Hurricane Katrina.

“The determination was that this was not FCC-compliant,” said Joyce Slocum, NPR’s general counsel. “It was our judgment that the credit expressed a view about a matter of public importance or interest.”

Shearer countered that the reason why New Orleans flooded – because the levees failed – is indisputable and, therefore, not just his opinion.

NPR’s editorial team agrees with him.

“We've always reported that what happened in New Orleans was because the federally built and maintained flood wall system failed,” said Russell Lewis, an NPR editor who was based in New Orleans for a year after Katrina and handled the fifth-year Katrina anniversary coverage.

“As just about any New Orleans resident will tell you, the destruction was caused, not so much by Hurricane Katrina, as by the failure of the city's flood protection system,” said ME host Renee Montagne on Aug. 27.

At my request, John McQuaid, co-author of Path of Destruction: The Devastation of New Orleans and the Coming Age of Superstorms, watched Shearer's documentary. "The Army Corps of Engineers has admitted that flaws in the levee system either caused or contributed to virtually all of the flooding," he said.

During the negotiations with Shearer, NPR’s business office suggested this language:

Harry Shearer, presenting his documentary “The Big Uneasy” about  New Orleans and Hurricane Katrina.  In theatres nationwide for one night only – August 30th.

Some at NPR said Shearer should be familiar with the vagaries of public radio “ads” and specific FCC rules they must follow. He hosts “le Show,” which appears on about 100 public radio stations.

“I don’t have those rules on my show,” said Shearer. “I don’t have underwriters or breaks. I do my show for free and give it away. It’s disingenuous to say 'he’s in public radio so he should know how this works.' ”

On Aug. 27 – a day after he appeared on TOTN – Shearer wrote a Huffington Post blog attacking NPR, headlined: “NPR: The Initials Stand for Nothing.” “What the network itself stands for at this moment sounds a lot like censorship,” he wrote.

Jane Huntington of Washington, DC, said she was disappointed that NPR “elected not to cover "The Big Uneasy" about the flooding of New Orleans.”

“Whom can we trust when NPR, one of the few remaining mainstream media that we rely on for accurate reporting, elects not to cover the long history of man-made errors and shortcuts that caused so much damage to New Orleans?” she asked.

But NPR has devoted extensive coverage over the past five years to Katrina and the aftermath. And NPR did cover Shearer’s new film – just not in the way he wanted it.

Shearer’s attitude that it’s only worthwhile to appear on a flagship shows ignores how the Internet has changed news consumption. Millions of people hear NPR content on podcasts, online and on mobile phones.

It was disingenuous of Shearer to criticize NPR on Huffington Post without mentioning that he had in fact appeared, for a half-hour, on an NPR show.

But I do understand Shearer’s frustration with the quibbling over the exact language of his ad. I’m not a lawyer but it seems language acceptable to both sides was possible, if both he and NPR had been willing to compromise.

For example, Shearer could have agreed to drop the phrase “and why it could happen again,” so the credit would have read:

“Harry Shearer, presenting his documentary “The Big Uneasy” about why New Orleans flooded . In theatres nationwide for one night only – August 30th.”

But that never happened. Shearer said he agreed to it; NPR's Slocum said Shearer didn't make it known he was willing to give that up.