Accessibility links
NPR Should Make Reporter Emails Accessible : NPR Public Editor About once a month someone complains that NPR doesn't provide easy email contact directly with its staff. It should. Most big newspapers like the Washington Post and Wall Street Journal do though national TV news does not.

NPR opens itself up to the audience in several ways. But there's one that still eludes listeners. 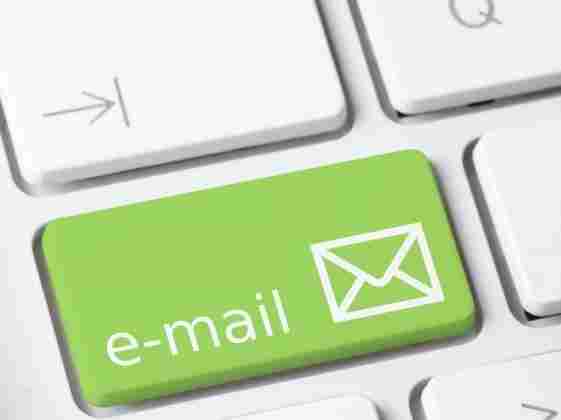 About once a month someone writes to say they find it arrogant and standoffish for a news organization --that demands access to others — to not offer a common form of communication to its audience.

And it's not always that a listener wants an email address to write a nasty note.

"Today I just wanted to tell the 'A Blog Supreme' producers-writers how important the blog has been to me," wrote George Mack, of Columbia, SC., a listener for 20 years.

"However, there is no way to contact them except to post a public comment or to come to a black hole dialog box like the one I'm using this very moment," he continued. "I've always thought this stand-offish concept was just plain arrogant and it gives rise to negative feelings."

Right now if someone wants to get in touch with NPR via e-mail, they have to go to the "Contact Us" link and fill out a form. It will go to a news show, my office or an office called "listener services."

But it won't go directly to a reporter, producer or editor.

NPR top executives have discussed providing reporter emails many times. But they always come down to a fear that correspondents and hosts will be so swamped that they won't be able to answer.

And then charges of arrogance will resurface.

"NPR's combined on-air and online audience is so large we seriously doubt our people could respond to direct emails in a meaningful way," said Dick Meyer, NPR's executive editor. "Many larger news organizations have reached similar conclusions. Comments on the site and social media tools give correspondents who wish for more direct engagement and feel able to handle it meaningfully to do so."

The Washington Post had similar concerns to Meyer's but it started posting click-on bylines about a year ago. They also run reporter's email address in the paper.

The New York Times also provides click-on bylines that send a message directly to the reporter. The Wall Street Journal and The Los Angeles Times include the reporter's email at the end of online stories. The trend isn't the same for national TV news. I could not easily find email addresses for correspondents at ABC, NBC, CBS, Fox News or CNN.

"In circa 2010, we don't need to make it more difficult for readers to reach our journalists," said Washington Post managing editor, Raju Narisetti. "Readers understand journalists are busy professionals and don't expect every email will get a response."

I checked with four Post colleagues and none thought it a bad idea or felt it was too overwhelming.

"I'm glad The Washington Post makes it easy for people to e-mail us," said former Post media writer Howard Kurtz. "While the high volume is such that I [couldn't] respond to everyone, it's important to have a dialogue with readers and it gives reporters a sense for what folks out there are thinking."

"A lot of the time readers have interesting ideas and comments on stories," said Krissah Thompson, a national reporter. "Sometimes they inform my reporting. Other times they want to have a conversation about a story and engage on the topic. Whether they are critical or laudatory about a particular subject, most of the time they appreciate a reply and often say 'Thanks.' "

"It facilitates direct feedback from readers, which is (mostly) quite welcome and valuable. Interestingly, it seems to have killed reader phone calls," he said. "That's a good tradeoff for me--I answer every email and phone call but phone calls are more disruptive and time consuming. So, all in all, good for readers, good for reporters."

Post Education reporter Bill Turque covers a controversial beat and values hearing from readers. "E-mail is not a problem," said Turque. "There's much more of it than I have the time or energy to answer. But it's always a source of tips and ideas."

The Post has about 600,000 weekday circulation in print and 16 million unique visitors a month, as measured by Comscore, said Narisetti.

At the very least, NPR should allow reporters the choice to add their email addresses to online versions of stories and to their bios.

We live in a world of constant communication. It's not fair or right for reporters to go after sources' emails and not provide their own. Here's a hint. Once you figure out one NPR address, you can figure out any NPR address. Here's mine: ashepard@npr.org.