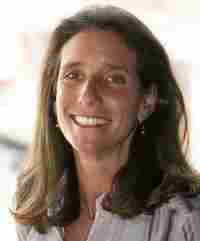 Another seismic shake-up at NPR.

Weiss, 51, almost grew up at NPR, starting at the network right after she graduated from Smith College. She rose quickly to become the top producer at All Things Considered, then the national editor. In 2007, she became head of the news division. Next month would have marked her 29th year with the company.

While some on her staff credit her for helping create the "NPRness" that distinguishes NPR stories, she also is the one who abruptly fired Williams over the telephone last October after he made a remark offensive to Muslims on Fox News

There's no doubt that NPR poorly handled Williams' firing – and that Weiss bore some of the responsibility. I supported terminating Williams' contract but certainly there were smarter ways to do it. Any damage that Williams may have caused NPR with his occasional intemperate remarks on Fox — which was definitely a problem for NPR --was infinitesimal to the damage NPR management did to the company with its ungracious firing.

NPR's board of directors hired a law firm, Weil, Gotshal & Manges, to review how the termination was handled after it produced a firestorm in the media. The Ombudsman's office got an unprecedented 23,000 emails. Well over 10,000 people commented on NPR's story about the firing the day it occurred.

Perhaps more important over the long term, the incident has become a partisan issue in Washington's hothouse atmosphere, with Republicans (egged on by Fox News) using it as a rallying cry to demand that NPR be "defunded" by the federal government.

Williams refused to participate in the review. Thursday Williams said that Weiss' resignation was "good news for NPR," and he said Weiss represented an "inbred" atmosphere at the company.

The Williams firing was a very costly management mistake on many levels.

Weil does not come cheap, and its investigation must have cost tens of thousands of dollars to produce results that (from what we've been told about them) seem obvious. Might NPR have hired one or two experienced and widely respected journalists or management gurus instead?

The incident also challenged the faith and confidence the staff had in Weiss, and also in CEO Vivian Schiller's judgment. Schiller joined NPR two years ago and up until the firing had done a remarkable job helping NPR regain solid financial footing, boosting morale, improving relations between stations and NPR, and moving the organization into the digital world.

And it may cost 900 public radio stations their Community Service Grants if Republicans succeed in eliminating, or sharply reducing federal funding for public media. In the case of Wisconsin Public Radio, for example, eliminating its funding would cost the station $1 million – 7 percent of its budget – and require canceling some programming. NPR, in turn, gets much of its revenue from the local stations, so cutting funds for them inevitably would damage NPR.

The NPR board of directors' press release is below; as is an email Schiller sent to NPR staff announcing Weiss' unexpected resignation. The news rocked the staff, which has been divided about Weiss's leadership. Some questioned whether the punishment fit the crime. Some quietly rejoiced.

Schiller now must find a top news executive who can re-inspire the staff and demonstrate, again, why NPR has become so important to the lives of millions of listeners and Web users.

Earlier, I advocated that the board should make the Weil report public.

"NPR can hire the most sophisticated investigators in the world, but how can such a review have credibility if people who care about NPR can't read the full results of it? NPR needs to find a way to make the full report — or the key parts of it —public."

But, according to Weil, there is no written report to make public.

"For the integrity of the process and to make sure people felt comfortable speaking freely during the review, the board decided not to have a written report," said Yvette Ostolaza, a Weil attorney involved in the review. "This is not unusual in this context."

Ostolaza explained that no one from NPR would have talked with the Weil investigators if they thought their comments or emails were going to be made public. The firm reviewed thousands of documents and emails. The point of the internal review was to examine the decision "to terminate Mr. Williams' contract and how that decision was implemented," according to an email from board chairman Dave Edwards.

"The board has received the final in a series of privileged briefings from the Weil firm," wrote Edwards. "No written report will be published."

Weiss agreed to resign under pressure after the board received a verbal report from Weil. But the board did not force Weiss to resign. It only has control over the hiring and firing of the CEO. Weiss spoke with the Los Angeles' Times Jim Rainey.

NPR can expect at least few more days of fallout from the Williams episode, and the emails and tweets have already started. "NPR's Ellen Weiss fired over Juan Williams' firing...who won? the friggin' conservatives, again!" read one tweet.

"Ellen Weiss should have been fired months ago for bringing shame to NPR over her racist attitude toward Blacks as evidenced by the firing of Juan Williams," wrote Jeff Steigler. "The NPR president should step down as well."

Schiller will not be stepping down. The board expressed confidence in Schiller's leadership but stripped her of her 2010 bonus because of her role in the firing.

Schiller would not say how much the bonus would have been. I think she should since as a non-profit her salary is public.

It is worth noting that the job Weiss held has proved to be a hot seat at NPR. To the best of my knowledge, every single person who has been NPR's top editorial executive over the last two decades was eased out of the position one way or another. Should give anyone pause before considering taking Weiss' old job.

NPR Announces Completion of Review of

The Termination of Juan Williams' Contract

Washington, DC January 6, 2011 – The NPR Board of Directors announced today that it has completed its review into the facts and circumstances leading to the termination of NPR's contract with senior news analyst Juan Williams. The review also included an examination of how other NPR analysts and correspondents have been treated under the NPR Ethics Code with respect to on-air comments. The independent members of NPR's Board (the "Board") worked with outside legal counsel, Weil, Gotshal & Manges LLP ("Weil"), to gather information related to the contract termination.

In light of the review and feedback provided to them, the Board has adopted recommendations and remedial measures designed to address issues that surfaced with the review.

The recommendations and remedial measures range from new internal procedures concerning personnel and on air-talent decisions to taking appropriate disciplinary action with respect to certain management employees involved in the termination. Some of these changes have already been made and others are in process. Specifically, the Board adopted recommendations that NPR:

Williams' contract was terminated in accordance with its terms. The contract gave both parties the right to terminate on 30 days' notice for any reason. The facts gathered during the review revealed that the termination was not the result of special interest group or donor pressure. [Some claimed the firing occurred after Muslim groups protested Williams remarks that he gets nervous when he gets on a plane and sees Muslims in Arab garb. Or that the firing occurred at the request of George Soros who gave NPR $1 million recently for a project.]

However, because of concerns regarding the speed and handling of the termination process, the Board additionally recommended that certain actions be taken with regard to management involved in Williams' contract termination.

The Board has expressed confidence in Vivian Schiller's leadership going forward. She accepted responsibility as CEO and cooperated fully with the review process. The Board, however, expressed concern over her role in the termination process and has voted that she will not receive a 2010 bonus.

"We have taken this situation very seriously and the Board believes these recommendations and remedial steps address the concerns raised in connection with the termination of Williams' contract," said Dave Edwards, Chair. "The Board regrets this incident's impact on NPR and will work with NPR's CEO, Vivian Schiller, to ensure that these actions will be expeditiously completed, examined, and monitored on an ongoing basis."

In conducting the review, Weil gathered thousands of documents from various sources and interviewed many current and former NPR employees and contractors. Weil requested Williams' participation in the review through both his agent and a former NPR colleague. Unfortunately, these efforts were unsuccessful and Williams was not interviewed.

The Ad Hoc Committee and the non-management members of the Board met on multiple occasions and deliberated on the information provided to them. Weil reported to an Ad Hoc Committee of the NPR Board consisting of Dave Edwards (Chair of the Board), Howard Stevenson (Immediate Past Chair), and Carol Cartwright (Vice-Chair).

"NPR SVP for News Ellen Weiss has notified me that she will be leaving her position. Over her decades at NPR, Ellen has made meaningful and lasting contributions to the evolution of NPR and our newsroom. She is a strong journalist who has brought her considerable talents to how NPR covers the world and meets the ever-increasing expectations of today's audiences. Ellen exemplifies journalistic professionalism and integrity. I'm grateful to her for what she has accomplished at NPR, and I encourage you to reach out to her in the days ahead with your own thanks.

"I've asked Vice President for Programming Margaret Low Smith to step in as acting senior vice president for news until we've found Ellen's replacement. Margaret is an accomplished newswoman. She spent nearly 14 years in the news division, ultimately as a senior producer forAll Things Considered, before she joined NPR's senior management team. She knows our programming, staff, and stations well, and she is a talented executive and leader. Eric Nuzum will oversee the programming division during this interim period. Margaret and I will be meeting with different departments in News over the next few days. I will distribute a proposed schedule for those meetings shortly.

"In the coming weeks we will begin a search for Ellen's replacement. The position will be posted on NPR.org, and we expect a strong slate of both internal and external candidates. Margaret has indicated that she will not be a candidate for the position.

"The NPR Board of Directors has also completed the review of the events leading to the termination of Juan Williams' contract as a part-time news analyst. This independent review was undertaken at the request of the NPR Board and performed by the Weil firm. Attached is the Board's statement. There is no written 'report' aside from this statement, which summarizes the overall outcome of the Weil review. This is typical for this kind of outside review.

"As you will see, the review surfaces important issues that I have committed to address in terms of how we operate internally. Most of the actions to be taken are already in process. The review of NPR's News Code of Ethics and Social Media Policy is underway to assure that the guidelines are clear, consistent, and relevant to today's media environment. That will be followed by information sessions for all News staff and some outside the newsroom. We've also strengthened our termination procedures and our communications protocols.

"This has been a difficult period for all of us. Now is the time to focus on what we can do to make NPR an even stronger organization and a more meaningful part of daily life for the millions who depend on us each week. I am committed to making NPR one of the best places to work and a rewarding experience for all employees."