Accessibility links
NPR Struggling with Crude Behavior by Some Users of Its Website : NPR Public Editor NPR recently took down vicious comments made on NPR blogs about CBS Corespondent Lara Logan's recent attack in Cairo. Why do people feel so free to deride others on the Internet? NPR plans to try to reign in the ugliness.

NPR Struggling with Crude Behavior by Some Users of Its Website

NPR Struggling with Crude Behavior by Some Users of Its Website

People have said appalling things online about CBS Correspondent Lara Logan since the news came out that a Cairo mob attacked her.

So ugly, in fact, that NPR took down dozens of mean-spirited, racist and sexist comments posted on an NPR blog reporting the Logan assault last week in Tahrir Square while tens of thousands were celebrating President Hosni Mubarak's resignation. 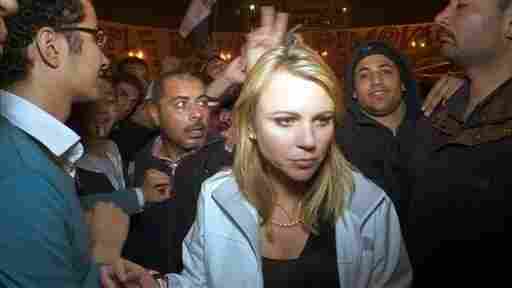 NPR intends to launch a more aggressive system for monitoring comments next month that should mitigate such viciousness on future stories about controversial topics.

Logan is not yet talking about exactly what happened to her. But CBS's statement said, "a mob of more than 200 people whipped into a frenzy. In the crush of the mob, [Logan] was separated from her crew. She was surrounded and suffered a brutal and sustained sexual assault and beating before being saved by a group of women and an estimated 20 Egyptian soldiers."

CBS did not define "sustained sexual assault," but the term doesn't always mean rape, which is what some people automatically concluded. Whatever the details, any mob attack is unforgivable.

First off, here's kudos to Logan for agreeing to publicize what happened to her. She did nothing wrong. She was in Cairo as an experienced foreign correspondent who has covered wars and all manner of mayhem. And it would indicate offensive sexism for CBS to not to send her to Cairo simply because she happens to be an attractive blonde.

Logan had every right to be there. What happened to her is a reflection of how some Muslim men treat women and the challenges female correspondents often face in the Middle East. (See Jane Arraf opinion piece.)

On Thursday NPR ran a smart story on the culture of sexual harassment in Egypt and just how common it is:

According to one recent report by a women's rights group, some 80 percent of Egyptian women and 90 percent of foreign women visiting the country have been sexually harassed. And the former government did little to stem the problem," according to the story.

Western journalists might not have dug into this topic had it not been for Logan's forthrightness.

NPR's audience, largely, didn't jump on the "blame the victim" bandwagon. But many others viewed Logan's attack as a convenient way to anonymously disparage Egyptian and other Arab men, Islamic law, and female correspondents who venture into male-dominated venues.

Here's a taste of the anonymous comments that were taken down:

"I've always wondered why networks seem so determined to send women into these situations. It's like they're trying to prove how politically correct they are. This time it came to bite them in the butt."

"My comments are in no way meant to be prejudiced but there are times and places where women, especially a young blonde woman, should not be placed. CBS (and I'm sure many others) are tempting fate."

"Those dirty Muslims. Now I know why their women wear burkas. It's because the men can't control themselves."

"They're Arabs, what do you expect? They're nasty people from the dirtiest place on earth."

Fortunately, these kinds of comments brought a more thoughtful reaction from others, including Chris Garriss of Monocure, NC, who wrote: "Ms. Logan being attacked and assaulted was despicable. In some ways the anonymous blog postings attacking her or ridiculing her were even worse. I despise those who feel the 'need' to attack others, for any reason, hiding behind the supposed anonymity of a nom de plume."

So, why do some people feel the need to attack others on the Web?

Andy Carvin, NPR's social media guru, ventured this thought: "There's a lot of ugliness in society," he said. "And it's not unusual for it to show itself in commenting threads, particularly when people feel they can hide behind their computer screen and say whatever they want. The sad reality is that some people can just be despicable to others."

On Facebook, journalist John McQuaid noted that people seem to view the Internet as a conscience and consequence-free zone.

"For a lot of people, ordinary social constraints disappear when they go online, and there's usually no punishment for outrageous behavior," wrote McQuaid. "And unlike most social interactions it's all conducted in front of a big audience, which is probably in some way an additional incentive to transgress."

Nir Rosen is an exception. He was punished for outrageous behavior.

Journalist Rosen was forced to resign Wednesday from his New York University fellowship for Tweets he sent disparaging Logan as an attention-seeker after her attack made news. He later apologized.

Ever since NPR began allowing comments on its Web site in September 2008, the network has struggled with how to handle comments by the 350,000 people who have signed up as members of the npr.org community. Initially, NPR relied on a "Report an Abuse" button. Three reports and the comment was investigated.

But then, receiving as many as 3,000 comments daily got to be too much.

Last October, NPR hired a Canadian-based company, ICUC Moderation Services, to handle the abuse queue for NPR.org comments. This is not pre-moderation. ICUC is trained to understand NPR's comment guidelines and take down inappropriate comments that users report.

It's a tough job. Moderating comments is more art than science since there are a lot of gray area judgment calls within the written rules.

"Comments come in and are automatically posted," said Kate Myers, NPR's product manager for Social Media tools. "We rely on users to report abuses. If something shows up in the abuse queue, ICUC decides whether to take it down."

But NPR still isn't happy with the uncivil conversations that take place on controversial stories, such as the Logan blog post.

Next month, NPR will take a step further to more tightly moderate comments, in some cases before they are posted. Details are being worked out.

"Our goal is to encourage civil and engaging conversations," said Myers. "What we want to avoid are those comments that 'feed the trolls.' These are the people who throw firebombs and then the discussion goes off the rails. It only takes a few people for a discussion to turn bad. In my experience, people don't like to contribute to a site where the comments devolve into ugliness."

Supporting a civil dialogue makes sense. Good for NPR for spending the extra money to make it happen. Next task is re-evaluating creating a new system that outlaws anonymity. It stands to reason that people will behave more civilly if their real name and identity are public.