Accessibility links
No One Seems To Be Taking Care Of NPR : NPR Public Editor NPR's former executive Ron Schiller was originally hailed as a savior to NPR, but has hurt public radio's financial heart. Now both he and NPR's CEO Vivian Schiller are gone.

No One Seems To Be Taking Care Of NPR

No One Seems To Be Taking Care Of NPR

Eighteen months ago when Ron Schiller came to NPR, he was hailed as a fundraiser extraordinaire who just might save NPR and public radio.

"Ron has performed far beyond expectations at every institution he has served," said Vivian Schiller, NPR's former CEO and no relation, in a 2009 press release. "I am thrilled that he is joining us at this critical time to lead our efforts to raise the funds necessary for NPR and our stations to thrive." 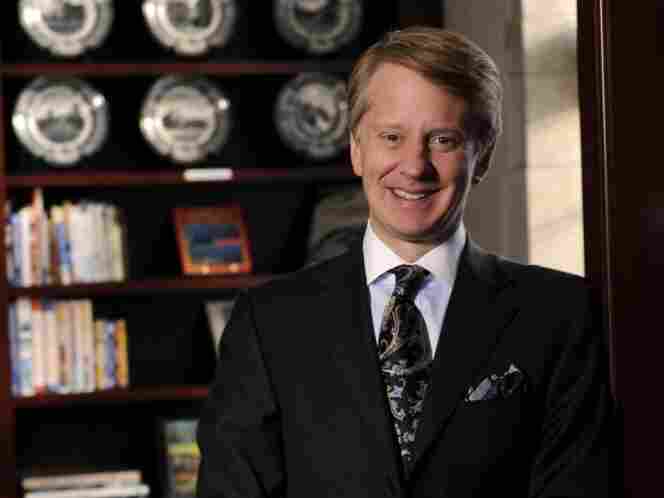 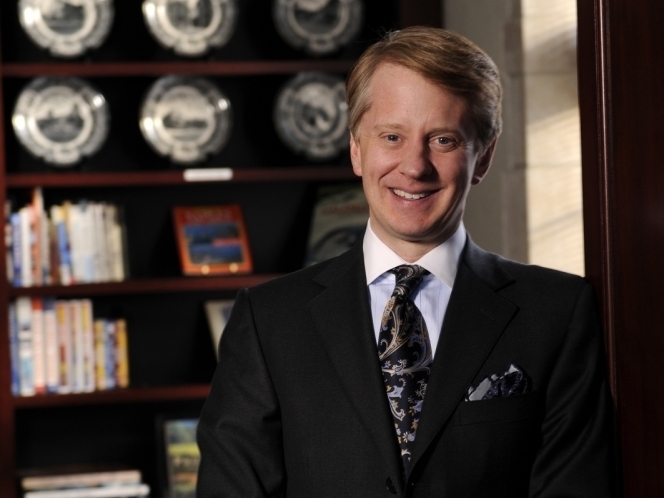 Instead of being a "savior," Schiller might well have put a stake through NPR and public radio's financial hearts.

Schiller and another member of the NPR development team, Betsy Liley, lunched last month with two men purporting to be connected to the Muslim Brotherhood and offering NPR $5 million. The lunch was filmed unbeknownst to the two NPR executives by the conservative political activist, James O'Keefe.

It was a hidden-camera sting, and Schiller and Liley got royally stung, even though they turned down the money. Now, Ron Schiller and NPR CEO Vivian Schiller are gone.

It's hard to decide which of Schiller's remarks was worse for someone representing NPR.

– That the Republican Party is "anti-intellectual?"

– That Tea Party people aren't "just Islamaphobic, but really xenophobic.I mean basically they are, they believe in sort of white, middle-American gun-toting, I mean it's scary. They're seriously racist, racist people."

– Or that NPR "would be better off in the long-run without federal funding" - a position that directly conflicts with NPR and public media's stance against Congress slashing $400 million in federal funding.

– Or that Schiller seemed to be saying that conservatives, by and large, are uneducated.

In my mind, this was the dumbest of the several dumb things he said. It doesn't matter that he said these were his personal opinions. He said them at a business lunch, representing NPR.

How incredibly offensive to conservatives, many of whom have called me rattling off their various PhDs and other degrees.

The challenge with O'Keefe's video is that it is obviously heavily edited. Just as was an earlier video where O'Keefe took on ACORN, a community activist group that eventually lost its federal funding.

"What I meant by 'uneducated', for example, were people who viciously attack federal funding and NPR without facts, and people who attack Muslim people because of lack of education about Muslims," said Schiller in an email to me. "That, of course, hardly comes through at all." Even so, Schiller admits he said some stupid things.

He's right. Schiller comes across as an effete, well-educated, liberal intellectual – just exactly the stereotype that critics long have used against NPR and other bastions of the news media. It's also a stereotype that NPR journalists try hard to combat every day in their newsgathering.

One has to wonder why NPR's head of development and another senior staffer would meet with a prospective donor who had no history of philanthropy and nothing more than a phony web site as credentials. Don't they research potential donors?

People at NPR yesterday were angry and dazed by this episode, which is just the latest in a series of events that put the company in the worst possible light. Doesn't anyone in NPR's top management think of the consequences before they act?

Five months ago, the former head of news, Ellen Weiss, hastily fired news analyst Juan Williams with a phone call after he was with the company for 10 years. NPR CEO Schiller promptly suggested Williams should have kept his thoughts between himself and his psychiatrist. And, now, the man who was hired to cajole millions out of NPR lovers blabs his biases in public to two complete strangers dangling $5 million.

"The fraudulent organization represented in this video repeatedly pressed us to accept a $5 million check, with no strings attached, which we repeatedly refused to accept," said NPR spokesperson Dana Davis Rehm. "We are appalled by the comments made by Ron Schiller in the video, which are contrary to what NPR stands for."

Rehm's last comment certainly is shared by those toiling inside NPR every day to put out news that is accurate, fair, balanced, contextual, independent and transparent. Do they make mistakes? Do they occasionally fail to report on everything they should? Do I wince sometimes listening? Yes, of course.

But Schiller did a tremendous, unforgivable disservice to all the women and men in front of and behind microphones at NPR and around the country at some 900 public radio stations.

"This is sickening to the reporters," said John Burnett, Texas-based correspondent "I've given 25 years of my professional life to NPR, and I've tried to be careful when I speak in public or speak to people I don't know, and now for Ron Schiller to carelessly bring this on our company at this super sensitive time, it's enraging."

Right now, NPR and public media are in the fight of their lives with Republicans wanting to reduce spending in the face of enormous long-term budget deficits. The Schiller video will be used against NPR and the rest of public media, and the results could just devastate the public media system.

Let's hope the lesson here is for everyone who works for NPR and public media to remember: We live in public. The mic is always on. Ron Schiller should have known that.

The comments contained in the video released today are contrary to everything we stand for and we completely disavow the views expressed. NPR is fair and open minded about the people we cover. Our reporting reflects those values every single day — in the civility of our programming, the range of opinions we reflect and the diversity of stories we tell.

The assertion that NPR and public radio stations would be better off without federal funding does not reflect reality. The elimination of federal funding would significantly damage public broadcasting as a whole.

Ron Schiller tendered his resignation on January 24, well before the lunch meeting occurred. His resignation was announced last week. He was intending to stay with NPR through May 5. We have mutually agreed that Ron is leaving NPR effective today.