Accessibility links
The Furor Over Gay Conversion Therapy : NPR Public Editor Was it false balance on Morning Edition and did it legitimize homosexual conversion therapy? — Back in the news on the heels of Michele Bachmann's husband.

The Furor Over Gay Conversion Therapy

The Furor Over Gay Conversion Therapy

Can conversion therapy help some gay men and women turn straight, or is it harmful and converts no one?

This was the subject of a report Monday on Morning Edition that has provoked hundreds of angry responses condemning NPR for legitimizing a mostly discredited therapy. The concern was that it wrongly made homosexuality seem like a disease or lifestyle choice, striking at the very self-identity of most gay men and women.

Shame on you. What's tomorrow's show? Should women having the right to vote be re-visited?

The story was prompted by the recent news that the husband of Republican presidential candidate Michele Bachmann runs a mental health clinic that reportedly provides such therapy.

The NPR story was built around lengthy interviews with two men who had undergone conversion therapy. One, Peterson Toscano, described it as so humiliating—attending a football clinic, reciting his most shameful sexual encounter to family and friends—that "it took really hard work to get my brain back and to recover from the emotional and psychological damage" after he abandoned the therapy.

The other, Rich Wyler underwent what sounded like a softer, conversational treatment that allowed him to return to his conservative Christian roots. It also helped him to become, he said, heterosexual. "My feelings for men shifted from fear and attraction to brotherhood and connection," he said, with no "sexual component to it at all."

"So these two men represent two sides of a debate that's been raging in psychological circles for more than a decade," said the reporter, Alix Spiegel. "One side feels that therapies which seek to make gay people straight are invariably harmful, the other, that those therapies can help gay people who are profoundly uncomfortable with their same-sex attraction." 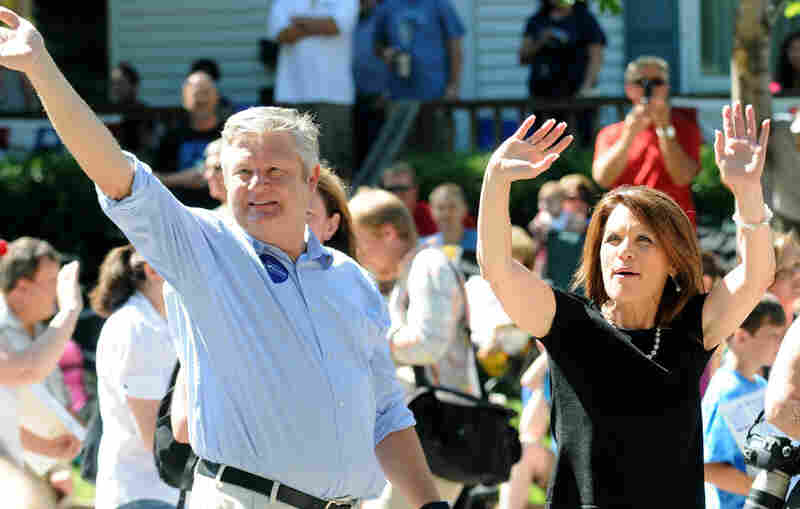 The overwhelming criticism from listeners was that Spiegel was guilty of creating a false balance.

"There is no debate in psychological circles regarding reparative therapy," wrote Peter Bradshaw of Portland, OR, in a typical response, using another term for conversion therapy. "The major professional organizations are unanimous in condemning it. The presentation this morning was nothing but false equivalence, 'he said she said' nonsense...Heinous journalism, just heinous."

Paul Frantz of San Francisco, CA, conceded that there is "an under-reported story...involving the people who believe that reparative therapy has changed their orientation." But with that same sense of nuance, he asked:

"What percentage of reparative therapy patients fall into this group? Is their orientation truly changed or are they in denial? Why did they feel compelled to change their orientation? Were they truly gay to start with? Bisexual? How many of these people eventually revert to a homosexual orientation?

"Of course, this would be a challenging story to research. It's a whole lot easier for your reporter to just hand microphones to people on opposing sides of the issue and take the rest of the day off."

"Shame on you," wrote Tom Morgan of Columbus, OH. "What's tomorrow's show? Should women having the right to vote be re-visited?"

Spiegel is a veteran health reporter who has reported often on sexuality and, with her editor, Anne Gudenkauf, the senior supervising editor on the science desk, is well-versed in the conversion literature. Writing jointly to me (see below), the two note that the story does end with Spiegel saying:

"From Toscano's perspective, there might be a handful of people like Wyler who benefit from this therapy, but for every Wyler, there are dozens of gay men and women who will struggle through a process that asks them to annihilate a part of themselves."

But they acknowledged that this was not enough:

We did not label Mr. Wyler as the minority experience and Mr. Toscano as the majority until late in the piece. That was because we believed that our listeners are well informed about (lesbian, gay, bisexual and transgender) issues and thus would not need to have this spelled out at the start of the story. But after hearing some of the reaction we got, we feel like placing this information in the beginning of the piece rather than the end, would have better served our listeners because it would have given them more context to understand what they were hearing.

"Alix Spiegel has an ability to capture people's psychological experience in a rare and powerful way and doesn't shy away from stories that are controversial. We stand by our decision to report on the issue of conversion therapy and the experience of those who undergo it. It is a newsworthy story.

"But as Alix and Anne suggest, the story needed much more context. We should have put the whole idea of conversion therapy into perspective. Not doing so meant the listener had no data to understand how common this practice is and how many people seek it out. The absence of context undercut the value of our reporting."

I agree with Smith. For many listeners, however, this explanation will still not be enough. They see no justification for legitimizing conversion therapy at all. As listener Frantz wrote, what proof is there that it works, how, why and for whom?

To be fair, to lay it all out is far too complicated in a single, 9-minute radio segment. Spiegel and Gudenkauf were trying to give an insight, a compelling slice of two lives that was fascinating story-telling that hinted at some of the answers. They say they may dive deeper in future stories.

But listeners are right to demand that even this story somehow should have addressed the substance of the divisions over conversion therapy. The one attempt to provide that context in the story – an interview with a psychologist – failed to do so.

So at the risk of sticking my foot in my mouth, let me see if I can provide the evidence for why it was right to present Wyler and what the story called a "handful" of people like him as credible. Much of what I know, I in fact learned in meeting with Spiegel and Gudenkauf and from reading that they pointed me to. (See for example this New York Times magazine article from June 16.)

This all suggests lines are blurry between conversion, sexual identity, therapy and priority.

The complication begins with the fact that we have no definitive scientific proof of why one person is gay and another is not. We know that it is somehow a mix of biological and environmental reasons and is natural. As the American Psychiatric Association declared in 1973, homosexuality is definitely not a disease.

But sexual orientation is only one of many ways people identify themselves. Ethnicity, family and religion are among our many other identities, and they often clash. A particular clash that has been attracting attention in recent years is between our religious and sexual selves, especially among Christians who believe in a literal reading of the Bible, which they say condemns homosexuality.

In 2009, a task force of the American Psychological Association came out clearly against trying to convert someone's sexuality because of its harm and ineffectiveness; we are who we are and homosexuality is not something to "treat". But at the same time, they acknowledged that acting on same-sex attractions is not appealing to all who have them. The task force supported "identity therapy" for some religious gay people. The idea is for a therapist to help a client find self-acceptance and – without forcing, encouraging or guiding someone to a particular sexual end – happiness, whether that might mean the client's deciding to be in or out of the closet.

In some ways, the process is to help people prioritize their feelings. Those who become priests and nuns, for example, prioritize religion over sexuality.

All this suggests that what many people think of as "conversion" therapy is really not. The lines are blurry between conversion and identity therapy and between real and effective change in sexual orientation, identity and priority. A story that helps us understand the differences might uncover that in the public debate, many of us are talking past each other. I am curious, for example, to know what really it is that Bachman's husband practices, or what kind of therapy Wyler underwent.

Wyler himself says in the piece that while he didn't feel right living a gay life in Los Angeles, far from his family and church, he understood that it was right for others. I took that to mean that he didn't denounce being gay, or think it was wrong.

Gay rights advocates understandably demand that, rather than trying to change individuals, it is religion and society that must change, which indeed has been happening. But that doesn't help conflicted individuals who are in this world we live in now. To dismissively say that these individuals should just find another religion is to be discriminatory and ignores the profound importance of a given religion in many people's lives.

Responding to another criticism from listeners, Spiegel and Gudenkauf acknowledge that they should have reported on air that Wyler founded an organization that claims to help men who have same-sex attraction to change. But they said that Toscano, too, profits from his experience, writing a play and giving speeches about it.

"We don't think that they believe what they do about their experiences because they are now active on these topics," Spiegel and Gudenkauf said of both men. "Rather they are active because of what they experienced and believe."

Spiegel and Gudenkauf clearly worked hard on this story. They simply made some wrong assumptions about what most of us know about sexuality and conversion. I can understand why they did so. On many stories, in defiance of standard journalism practices, I am often the first to say that reporters should assume more about the what the audience knows. The good thing about this subject is that Spiegel and Gudenkauf will have many more opportunities to return to it.