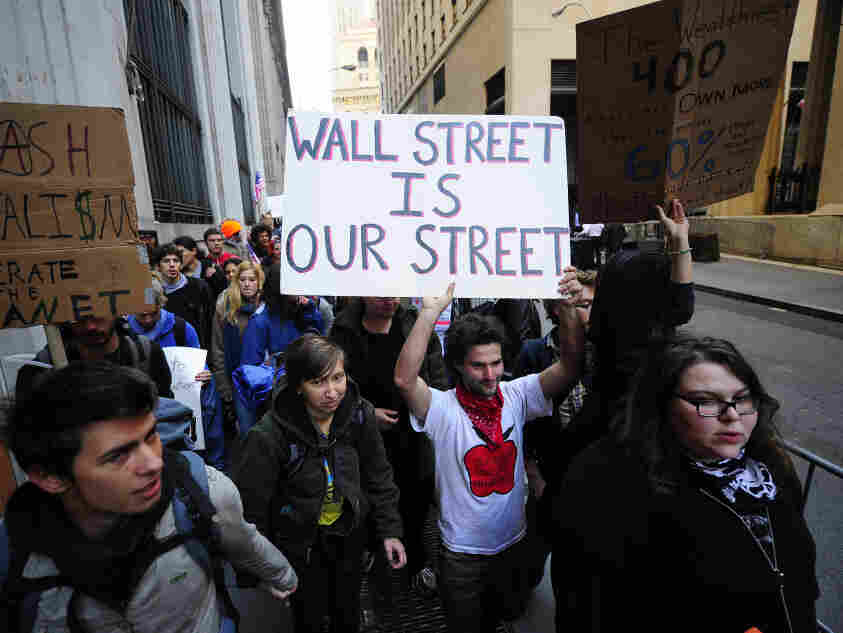 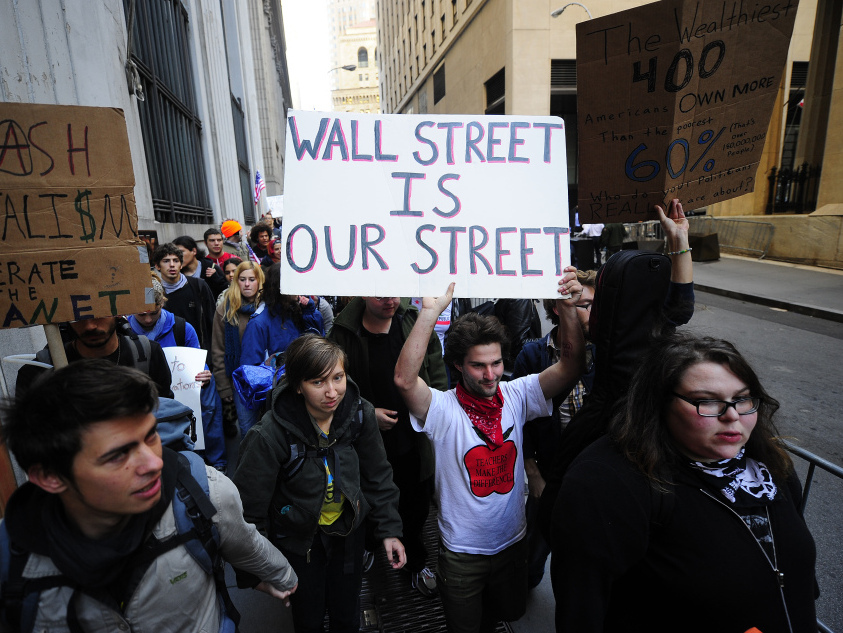 NPR hasn't aired a story on the "Occupy Wall Street" protest — now entering its second week — but several of you aired your concerns about the lack of coverage, and Ralph Nader called to say NPR is ignoring the left.

But the online posts were not enough for Daniel Clay from Atlanta, GA, who wrote, "Does NPR think this is unimportant? Are you going to wait for someone to die or commit serious violence before you give it the attention it deserves?"

We asked the newsroom to explain their editorial decision. Executive editor for news Dick Meyer came back: "The recent protests on Wall Street did not involve large numbers of people, prominent people, a great disruption or an especially clear objective."

As ombudsman, I don't weigh in on daily news judgment unless its totally egregious or part of a long term trend, and this one is neither. But the complaints have validity, too.

Nader's complaint is a broader one about how much he and other progressive war horses of his generation are interviewed on NPR in comparison to Tea Party leaders and the like. Nader is no longer the political player he once was and the left is not as organized as in the past. See this New York Times article that ran yesterday. Still, I do want to follow whether the left is being shortchanged in coverage.

Feel free to share your thoughts, and we'll make sure that they get to the newsroom.