Accessibility links
Bias at NPR and the news media'? The ombudsman tackles the subject. : NPR Public Editor The right and the left see it, but the bias may be more perceived than real.

On Bias: We're All 'Deconstructionists' Now

On Bias: We're All 'Deconstructionists' Now 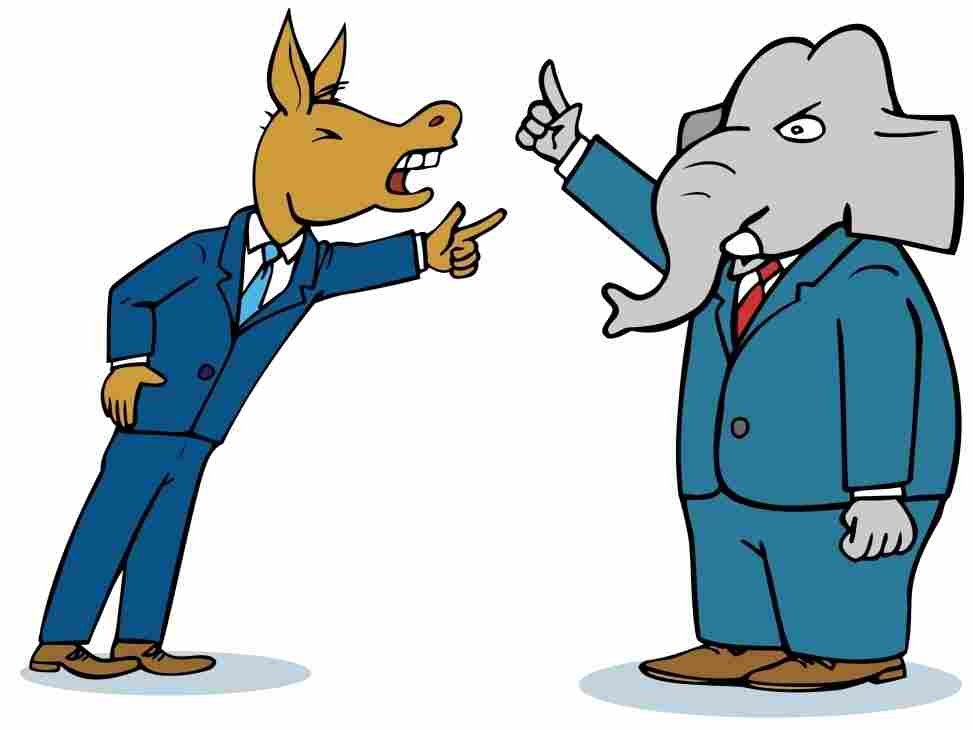 Accusations of news media bias have flared in a polarized political climate. 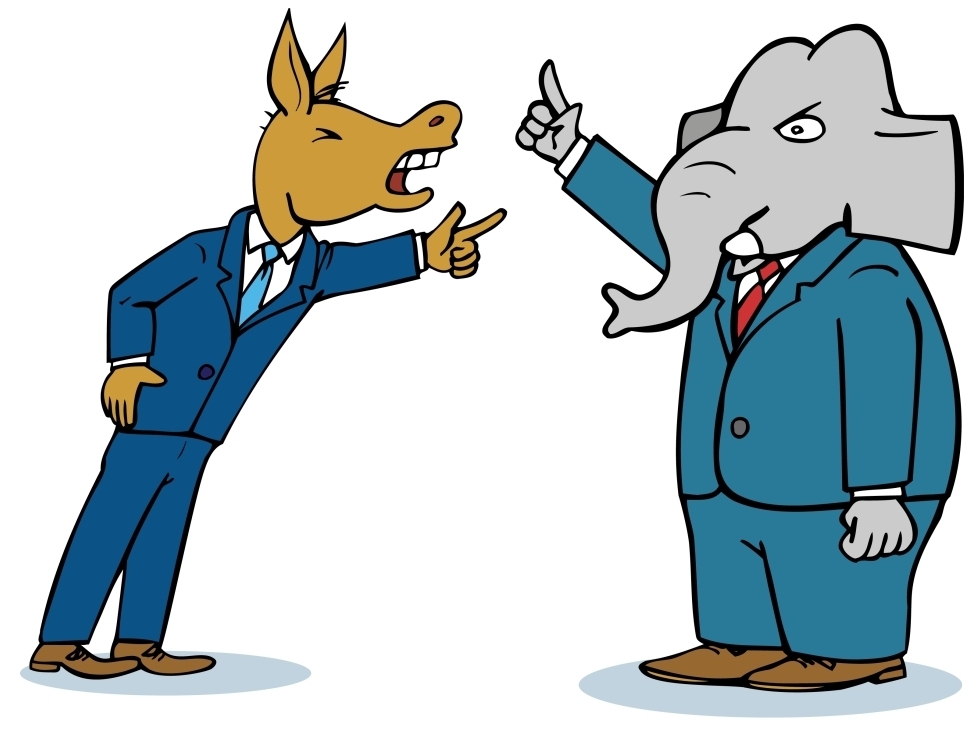 Accusations of news media bias have flared in a polarized political climate.

Updated 10/11 12:20 p.m. (Click for the latest): Economist and press critic Dean Baker weighs in on deeper bias in reporters' sourcing.

Hardly a day goes by without my receiving a complaint about "bias" on an NPR story. The dominant narrative has been that NPR is too liberal, though from time to time criticisms have flared from the left that NPR is too conservative — that it has been cowed by the right and is bending too far to please it.

The leftist view has reared in the last week. Several hundred listeners have written to complain that coverage of the ongoing Wall Street protests is insufficient. As one of those critics, James Eisenberg, mocked from New York: "Dear All Things Considered: You interviewed a guy dressed as a zombie, talking like a zombie, as the voice of Occupy Wall Street. Shame on you. I needs me a liberal radio outlet 'cause you don't get it."

Three months into the job, I haven't found any trends of actual political bias one way or the other in NPR stories. I promise to keep looking. As my colleague John Felton, a wise retired NPR editor, reminds me, bias is reflected not only in how stories are presented, but also in which ones are picked. NPR might run more stories on the environment and social concerns than, say, Fox News. This type of bias, however, is not inherently bad if the stories are themselves legitimate and fairly presented.

I thought it might help, in the meantime, if I share some quick thoughts and a particularly interesting study I have come across. When it comes to bias, both say as much about all of us as listeners and readers as they do about NPR's reporters and editors.

Without our realizing it, we are all deconstructionists now. That is to say, none of us seems to accept any statement at face value anymore. Deconstructionism started as an arcane philosophy a century ago and flowered among leftist academics in the 1960s and 1970s. The arcane quickly became mainstream as their approach to intellectual and political criticism suffused through our schools. It has inherently nothing to do with right or left. Rather, it has taught us to search for motives, assumptions and hidden meanings in almost everything—so much so that it shades into cynicism.

I probably exaggerate.We all have faith in God or something, too. But I am sure that I am on to something critical in our post-modern zeitgeist. Deconstructionist cynicism weakened trust in authority and in institutions like the news media – perhaps to an all-time low.

It is hard to say which came first: the lack of trust or the questioning. No matter the order, two-thirds of people surveyed in a July 2011 Pew Research Center study thought journalists couldn't get their facts straight and were politically biased in their reporting.

Most mainstream American newsrooms try mightily to turn out "objective" reports, even though true objectivity is impossible. We all see the world through our own cultural, geographic, ideological, genetic and other such lenses. Most mainstream news media , NPR among them, try to correct for this in the writing and editing process. But now even some of their colleagues dismiss these efforts as virtually worthless. Or as myth.

For example, a Reuters columnist, Jack Shafer, referred last week to The New York Times as liberal and Fox News as conservative, as if both were a given. He disregarded attempts by either organization to separate their news reporting from their opinion pages or nighttime talk show hosts. Shafer, in fact, celebrated the presumed bias, a celebration that is itself a new trend favoring more opinionated media.

"If not for media bias, I'm certain that my news diet would taste so strongly of sawdust and talc that I would abandon news consumption completely," he wrote. "As long as I'm eating news, give me the saffron smoothness of New York Times liberalism and the hallelujah hot sauce excitement of Fox News Channel conservatism. Anything but a menu of balance, moderation, and fairness!"

But a 2009 study in the Journal of Communication by Shanto Iyengar of Stanford University and Kyu S. Hahn of UCLA suggests that the critics — which means most of us — have no clothes. Our perception of bias may be stronger than any bias itself.

Using a sample of 1,000 people, they asked nearly 775 to pick news stories to read. Most of the stories had a headline and a logo of one of four news organizations: Fox, CNN, BBC and NPR. The stories were in fact written by many news organizations. One additional story was added with no logo. All the stories covered a variety of topics, from politics to sports.

Among the participants who identified themselves as Republicans, roughly half chose a news story labeled as Fox. Nearly a fifth chose the unlabeled story. Only about 10 percent on average chose CNN or NPR-labeled stories.

Among Democrats, meanwhile, only around 10 percent chose a Fox story. This was roughly equal to the proportion of Republicans who rejected news from a source perceived as having a bias different from their own. Republicans seem to think Fox represents them, but Democrats apparently don't see CNN or NPR the same way. Just as many Democrats chose the unmarked story as one marked CNN or NPR.

Is it possible that the headline, and not the logo, actually drove the selections? To find out, the remaining nearly 225-some participants formed a control group. None of their stories had logos on them; participants chose based only on headlines. The result: no pattern was discernible in how Republicans and Democrats selected stories to read. This suggests that the perceived bias associated with the news organizations (as represented by their logos) drove readership, whether the bias is real or not.

Lori Kaplan, the director of audience insight research at NPR, told us that the results are similar to what NPR itself has found. NPR, however, has a far more diverse audience than many of its critics realize. According to the media research firm GFK Mediamark, 23 percent of people who have listened to NPR news stations in the past week self-identify as "middle of the road", versus 36 percent who say they are liberal and 26 percent who say they are conservative.

Kaplan added, moreover, that when listening to NPR programming in focus groups, the conservatives often concluded that, to their surprise, the reportage was straight.

From our qualitative research we have found that people tend to say that they seek out unbiased sources of news. That is an almost universal default position. However, when we ask individuals to cite their favorite news outlet or the sources that they use most often, it is typically a source that supports a pre-existing perspective. In other words, liberals prefer news outlets that are perceived as liberal and self-described conservatives prefer news outlets that are perceived as conservative.

Speaking about NPR specifically, we often find during these conversations that people who identify NPR as extremely liberal are getting this impression from other news outlets, specifically Fox News or self-identified conservative radio news talkers. Alternatively they base this impression on the people that they know who listen to NPR. It tends not to be from direct experience.

Last year we presented a small group of individuals who had identified either as conservative or as affiliated with the Republican party with a few clips of NPR programming from our newsmagazines. Typical comments expressed surprise such as, 'I had the impression that NPR would be liberal, but I did not hear that in this report.'

None of this is to say that bias of some sort doesn't creep into some stories. But it is to say that we should all exercise a little more caution in making assumptions or sweeping accusations, not just about NPR, but about all the mainstream news media.

As Jacques Derrida, the father of deconstruction, might say, even our own criticisms and assumptions should be deconstructed.

Dean Baker, co-director of the Center for Economic and Policy Research, pushed for more awareness around deeper biases in the reporting process.

To my mind, the bias in whether the reporters say good or bad things about the Democrats or Republicans are very much secondary. Frankly, I think that most people are pretty good at seeing through these biases. The biases that I concern myself with are far more fundamental. For example, the selection of people as experts and how the reporters treat their views (Read Baker's full response here).

For more about bias and NPR, read this column by NPR's last ombudsman Alicia Shepard: When It Comes to Core Beliefs, Bias Is Everywhere.