Accessibility links
Turkey's PKK: Terrorists, Freedom Fighters or Rebels? : NPR Public Editor The Kurdistan Workers' Party's separatist fight has claimed thousands of lives since 1984. NPR's Middle East editor and a listener differ over how to label the armed group. Where do you fall? 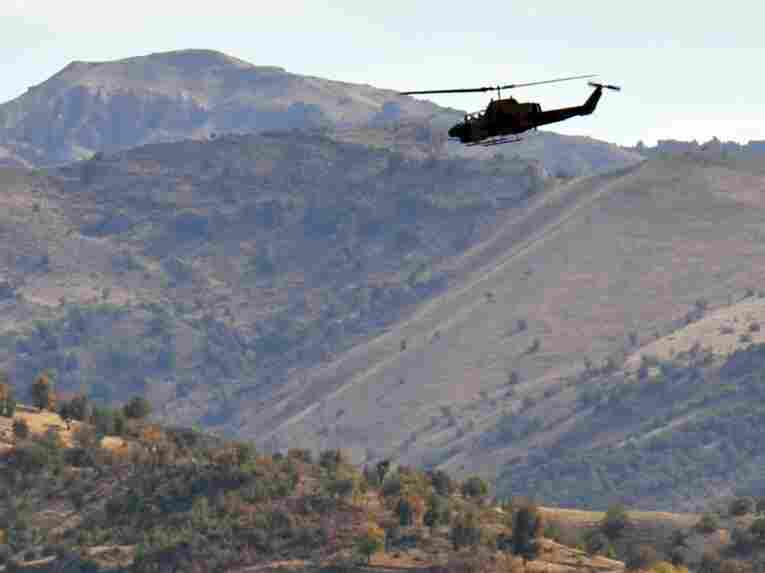 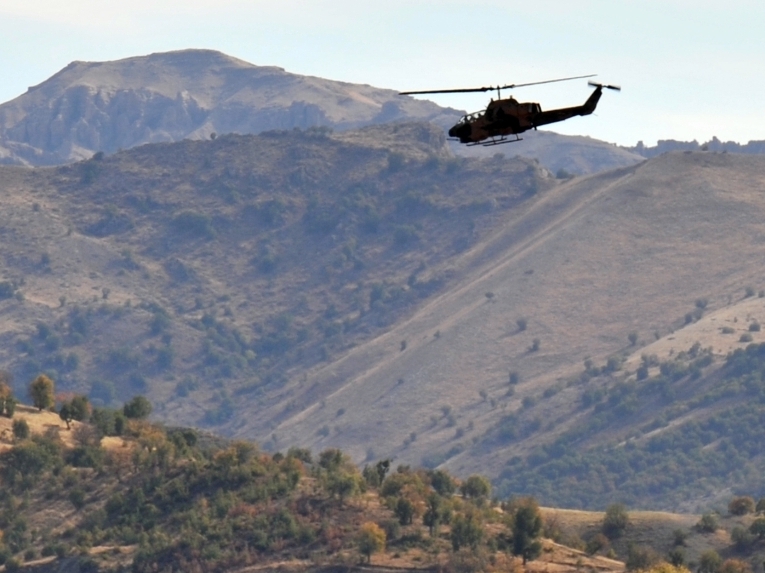 A Turkish military helicopter flies in Yemisli, Hakkari province near the Iraqi border in southeastern Turkey, on Oct. 22.

When to call an armed group a "terrorist" is one of the most contentious issues in foreign reporting. Having just returned from Istanbul, I have a particular interest in the complaint below from a listener concerning the Kurdistan Workers Party, or PKK, as it is known by its Turkish initials.

The group has been fighting a separatist battle against Turkey that has claimed thousands of lives since 1984. These include Kurdish and Turkish civilians, as well as Turkish soldiers and PKK fighters. The Kurds straddle southern Turkey, northern Iraq and parts of Iran, Syrian and Armenia. The complaint concerns a report by Kelly McEvers of a recent Kurdish attack in which 20 Turkish soldiers were killed. I asked Middle East editor Doug Roberts to explain NPR's labeling of the PKK as "rebels." You may have your own views.

A listener from Toledo, OH:

I am an American citizen of Turkish descent. I live in the USA and listen to NPR while commuting to work a total of about 3 hours every day.

One thing has been bugging me a lot lately and I just wanted to contact you and see if I can make a change.

Lately the dispute between the Turkish Army and the Kurdish PKK terrorists are on the rise. NPR reported on the PKK attack that caused 24 soldiers' death and also reported the Army's response and operation into Iraq. But every time PKK is in the news, the fighters are always being referred to as "Rebels" not "Terrorists". PKK killed more than 30,000 people since 1984 and many are civilians. I know this is a known fact because the news articles or programs always makes sure to mention this and also the fact that EU, USA and Turkey considers PKK as a terrorist organization.

So my question is, Isn't referring to PKK as "rebels" an insult to the Turkish nation? on 9/11 were we attacked by rebels? How is it ok to call Bin Ladin a terrorist but not PKK fighters? When you say "rebel"

the image that comes to my mind is James Dean or a teenager that smokes, certainly not a terrorist who blows up a car with 4 female teachers in it.

Can you please explain to me if I am not seeing something correctly, or would you please consider making this correction.

We generally steer clear of the word "terrorist" in our reporting on this kind of situation. The applicable old saw is "one man's terrorist is another man's freedom fighter" and the latter is another term we eschew. We do, however, note in many of our reports about the fighting in southeastern Turkey and adjoining areas of Iraq that the Turkish government along with the US and the EU consider the PKK a "terrorist organization".

As for the correspondent's use of the word "rebel," it doesn't imply that these guys are somehow good. Quite literally, it refers to someone who is rebelling against someone else, and it is quite clear in the reporting that they are doing so violently.