Accessibility links
Reporting on Sandusky: How Do You Describe The Unspeakable? : NPR Public Editor The allegations against former Penn State coach Jerry Sandusky have sparked a debate about when to call rape a rape. How explicit should we be in describing sexual assault, especially of a child? The answer pits soft-pedaling the crime vs. damaging the survivor vs. revolting the rest of us. Help us define the line.

Reporting on Sandusky: How Do You Describe The Unspeakable?

Reporting on Sandusky: How Do You Describe The Unspeakable? 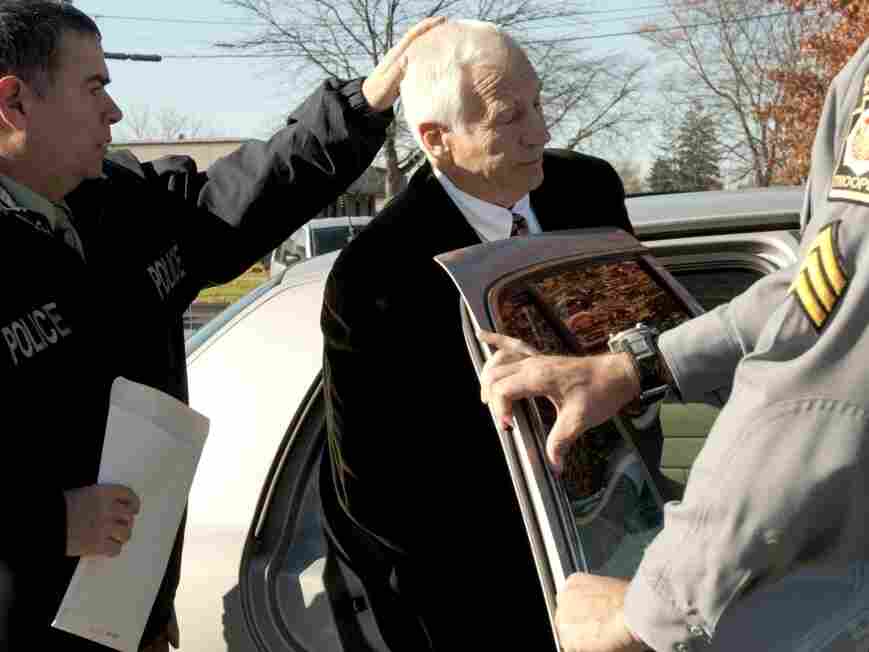 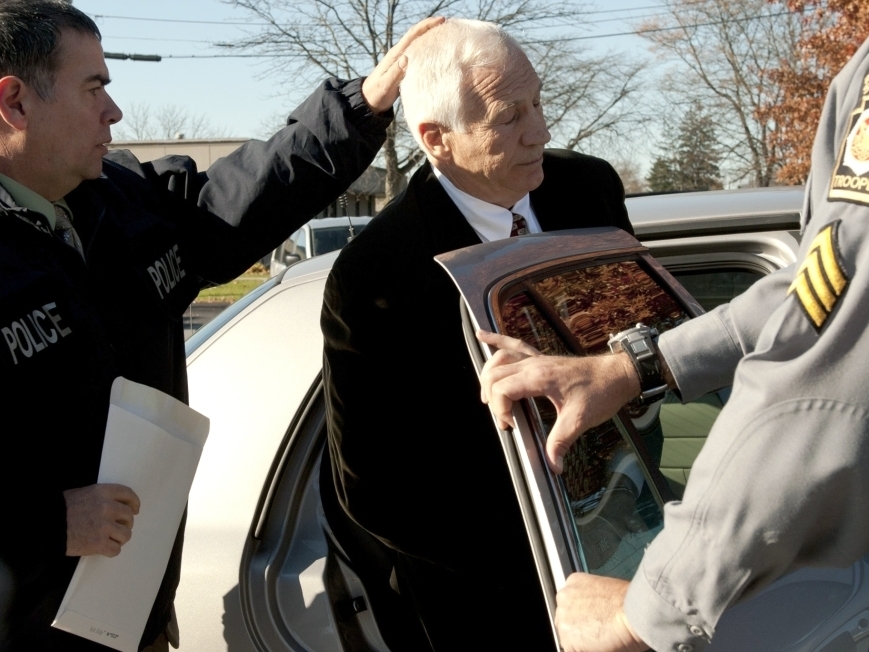 Gerald "Jerry" Sandusky, center, is placed in a police car in Bellefonte, Pa. on Saturday, Nov. 5.

I've been very disappointed about the number of times I've heard that Penn State coach Sandusky 'raped a boy in the showers.' That's a terrible thing, but it does not have to be stated explicitly over and over again to report the story. My own 10 year old son is learning to watch/read/listen to the news, and that's a good thing. But he does not have to hear about another boy his age being raped. Isn't it more than enough to state that the coach has been accused of 'molesting' boys?

My work often parallels that of other ombudsmen, so I was not surprised that Arthur Brisbane, The New York Times' public editor, was confronted by the same issue. However, in his recent column, "Confusing Sex and Rape," he cited Times readers who had a totally different take from De Voy. They felt that the language in the Times' stories was not explicit enough. They objected to vague phrases like "sexual assault" and "sexual abuse" because they felt it softened the crime and undermined what should be the public's moral outrage. Brisbane agreed that rape should be called rape, which the Times began to do four days into the story.

Reviewing NPR's coverage, my assistant Lori Grisham found that of the 22 show segments with Jerry Sandusky's name, 11 of them used "sex/sexual abuse," six said "molesting/molested," three said "assault/sexual assault," four used "rape/raped," one said "sodomizing," and one of them said "oral sex." This count does not include the hourly newscasts, which are not transcribed.

NPR's audience is far larger than that of the Times, but the two share the same socio-economic status and overlap. Yet the only similar complaint we received about softened language was this from Tunay Kuru of Washington, D.C.:

Please stop being timid. What's going on at Penn State is PEDOPHILIA, not just sex abuse. Pedophilia is 'sexual perversion in which children are the preferred sexual object' per Merriam Webster or 'the crime of sex with a child' per Encarta World English Dictionary. Individuals guilty of pedophilia do not deserve the euphemism afforded by the term 'sex abuse.'

There is, meanwhile, one more side in this debate: that of the victim (or "survivor" as one reader preferred). Even if his or her name is withheld, I suspect that many reporters feel as I do: We sometimes shrink from reporting something explicit that the person might hear or read later and feel publicly shamed by.

I am torn by all this, and ask for your advice on what you think NPR policy should be. Should we be most concerned about soft-pedaling the crime, damaging the survivor, or revolting the rest of us?

There is at least one line that I strongly feel NPR and the news media should not cross. This is the use of any language that implies that the sex was consensual. Nothing involving a child is consensual. Phrases such as "oral sex," "sodomizing," "having sex," "engaging" in any kind of sexual act and the like should be banned unless clearly combined with adjectives like "forced." At least two of the NPR reports failed to do this. (Of course, the reports still must be careful to note that the accusations are "alleged" crimes; the accused has rights, too.)

I sympathize with Mr. De Voy, but I am sure that he understands that part of the solution also entails him sitting down and having a talk with his son. NPR cannot be expected to censor news just because it's unpleasant. We as listeners have a right to expect that NPR editors will exercise careful judgment on just how much unpleasantry and cruelty is necessary to repeat. When it is about to be done, we also have a right to be told in advance so that we can be prepared, turn down the volume or look away online.

But Brisbane, a thoughtful critic, goes a step further in defining just what is good judgment in this case. He concludes: "When the facts warrant it, journalists should be as specific as possible, they should avoid using the language of consensual sex and, when appropriate, they should call a rape a rape."