Accessibility links
NPR corrections: How does it decide what to correct, and where to tell people about it? : NPR Public Editor NPR corrects "significant errors" and notes them online, but the term is ambiguous. One listener noticed two headlines changed for accuracy – but one seemed done in stealth, unacknowledged. Here is an attempt to puzzle out NPR's corrections policy, and make some recommendations.

Puzzling Out How NPR Handles Corrections

Puzzling Out How NPR Handles Corrections 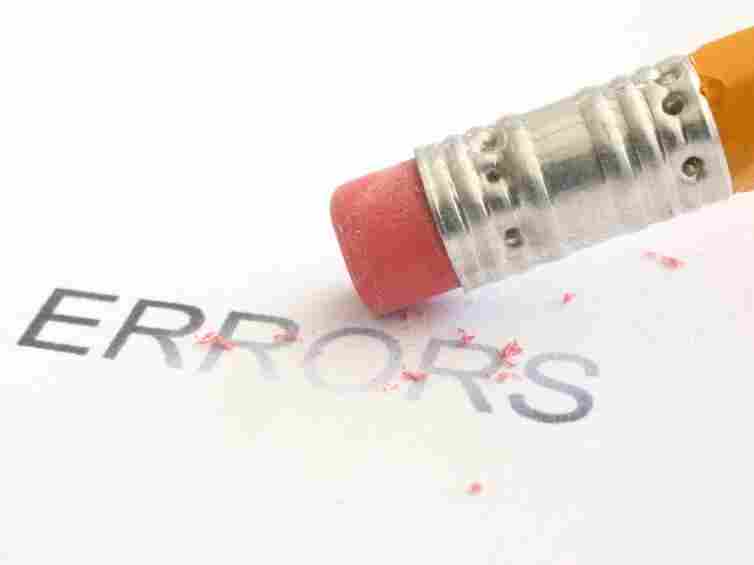 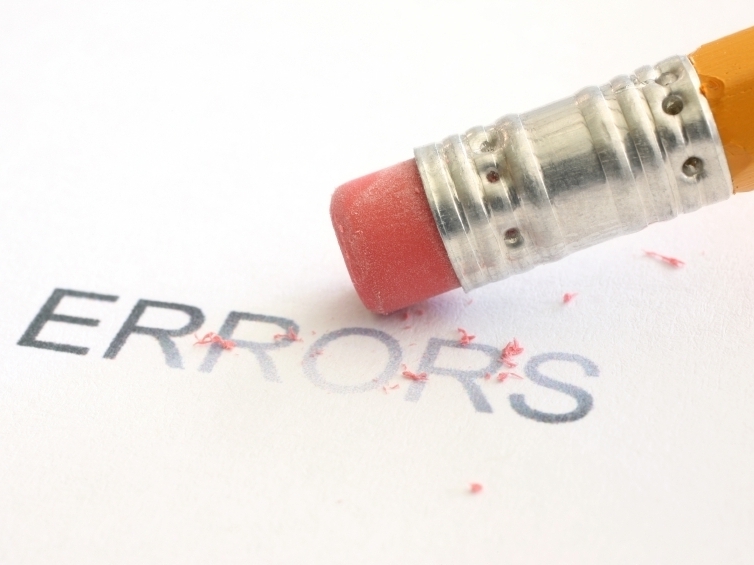 But Lynn S.'s concern has to do with another story that had a similar error, but did not receive the same note. She wrote:

Now consider the following: NPR's story about the Mississippi personhood initiative was initially titled "Miss. Set To Vote On Measure Making Fetus A Person," even though the measure proposed that fertilized human eggs would be declared persons and the fetal stage starts months later. It took many hours and emails, comments, and phone calls from many people before it was replaced with a less informative—but no longer erroneous—title, "Miss. Set To Vote On Measure Defining A Person."

We submitted her example to Mark Stencel, the managing editor for digital news. He apologized. The lack of a correction was a mistake and they fixed the error.

He wrote: "The Mississippi story was an oversight. The headline was corrected that day, and we should have appended a correction at the time. We have added one now. (And we genuinely appreciate the reminder as much as we appreciated the messages we received pointing out the original problem.)"

In another incident, an online story about Natalie Wood referred to her sister as Laura Wood. That's incorrect. Natalie Wood's sister is named Lana Wood. Only an audience as smart and informed as NPR's would include cinephiles dedicated enough to catch that error.

They contacted our office and my assistant Lori Grisham emailed the corrections team. She checked a few days later and the text had been corrected. There was no note acknowledging the error. NPR's Two-Way blog, which had made the same mistake, changed the name to Lana and posted a note. We wondered, "Why would one get a correction, but not the other?" Stencel explained:

That particular Natalie Wood report was from an automatic feed of stories from the Associated Press. Like many news sites, we provide the live AP feed to supplement our own news reporting, and the AP continuously updates, revises, and, when necessary, corrects those stories. Since that process is automatic, our editors do not manually append correction notes to those stories, as we would for the stories we write and edit here—including those stories based in part on AP reporting. In this case, our breaking news blog also quoted the erroneous AP material, so when the AP ran their correction the blogger revised the post and noted the change in the text.

Although I understand the challenges and benefits of having an automatic feed, I do believe that if an error occurs on NPR's site, then it's NPR's job to publicly acknowledge the error and post a correction. The Two-Way blog, for example, did so in an exemplary quick and timely manner.

We asked Deputy Managing Editor Stuart Seidel to explain what it means on the NPR.org website when it says it corrects "significant errors." As Lynn S. and others asked, "What defines significant?" He answered:

As our guidelines say, "NPR corrects significant errors in broadcast and online reports." That means that we correct errors of substance, errors that influence the meaning or understanding of a story, errors that potentially create confusion for a listener or reader. That commitment is simply stated but quite difficult to define and always subject to challenge, of course.

His is a common-sense response that helps tease out what "significant" means and should be included in the guidelines. I am not sure everyone inside NPR shares his definition or knows it. In my seven months at NPR, I have noticed some resistance—not from all, but from some—to acknowledge errors on air and on the website. In my opinion, in the interest of accuracy and maintaining your trust, NPR reporters and editors should err on the side of liberally interpreting what "significant" means to include anything that affects the substance of a report. Grammar and spelling mistakes are excluded. Names and facts are not. Misleading tone certainly is not.

The newsroom or my office often won't know a mistake has been made until you tell us. So please continue submitting your suggested corrections to corrections@npr.org.